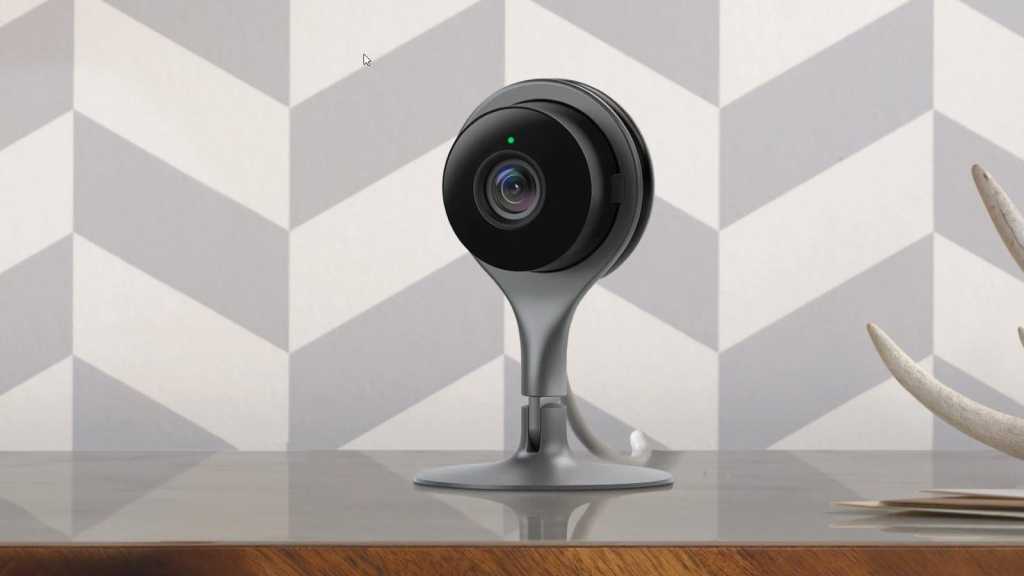 The deal is available to anyone in the UK who signs up to an annual Nest Aware subscription. If you’ve already moved to the new service, you should have received an email with a link that’ll allow you to claim your Mini.

If you haven’t received an email and you think you should have, you can find out if you’re eligible for the deal by talking to someone on Google Support Live Chat.

If you’re thinking about swapping over or subscribing, do so before 30 September and a Nest Mini (in charcoal) is yours. If you upgrade to the Nest Aware Plus service, you’ll receive a Nest Hub instead. We have more details on this service below.

Read on to find out how to change your subscription.

Nest’s security cameras don’t do much without a subscription. In fact, pretty much the only thing you can do is to watch their live video feed. But sign up to Nest Aware and they will record to the cloud and – depending upon which camera model you have – various other things such as motion alerts and recognising people’s faces so you know just by the notification whether or not you need to check the video feed.

Previously, the subscription required you to pay separately for each camera, such as a Nest Cam and Nest Hello, to get those extra features and there was an unnecessarily complicated table of pricing and discounts.

But now, Nest has completely revamped the service and has even called it Nest Aware V2 to differentiate it.

How much does New Nest Aware V2 cost?

It’s simple: you’ll pay £5 / $6 per month or £50 / $60 annually to cover all your cameras. This gives you 30 days of event video history. And that sounds good compared to the old subscription which cost more than that per camera for a 10-day history.

However, the catch here is the word event. Yes: this is not 24/7 CCTV-style recording. Clips will only be saved when a camera detects motion or sound.

If you still want 24/7 recording, you can have it, but it’ll cost you double at £100 / $120 per year. It’s called Nest Aware Plus and gives you rolling 10-day continuous recording and 60-day event history.

However, this is still a much more affordable and competitive deal and brings Nest more in line with rivals such as Ring and Arlo. More competitive than Ring, in fact, which still does not offer a 24/7 recording option.

How do I change my Nest Aware subscription to V2?

The old V1 subscription remains in place and – if you are already a subscriber and do nothing, it won’t automatically switch over to the new system: you’ll continue to pay according to the old pricing structure.

So, you’ll need to log into your Nest account in a web browser, or open the Nest app and tap on Nest Aware in the Settings menu (top right). Tap Manage subscriptions and you’ll see a prominent message about upgrading to the new Nest Aware.

This is where the second catch exists. As part of upgrading, you’ll be asked to migrate to a Google account. This might be of no importance to some people, but do bear in mind that your Works With Nest integrations, such as IFTTT might not work once you’ve migrated to a Google account.

You won’t be able to use the Nest app on Apple TV or Android TV, either, and the change isn’t reversible.

Another unwanted side-effect of migrating is that any family members that also use Nest will have the same level of access as you.

As part of migrating, you will be shown which Works With Nest integrations will have to be disconnected, so you can decide if any are deal breakers.

Once migrated you can choose the new Nest Aware subscription and opt for either the 30-day event video history, or Nest Aware Plus with the 10-day continuous recording.