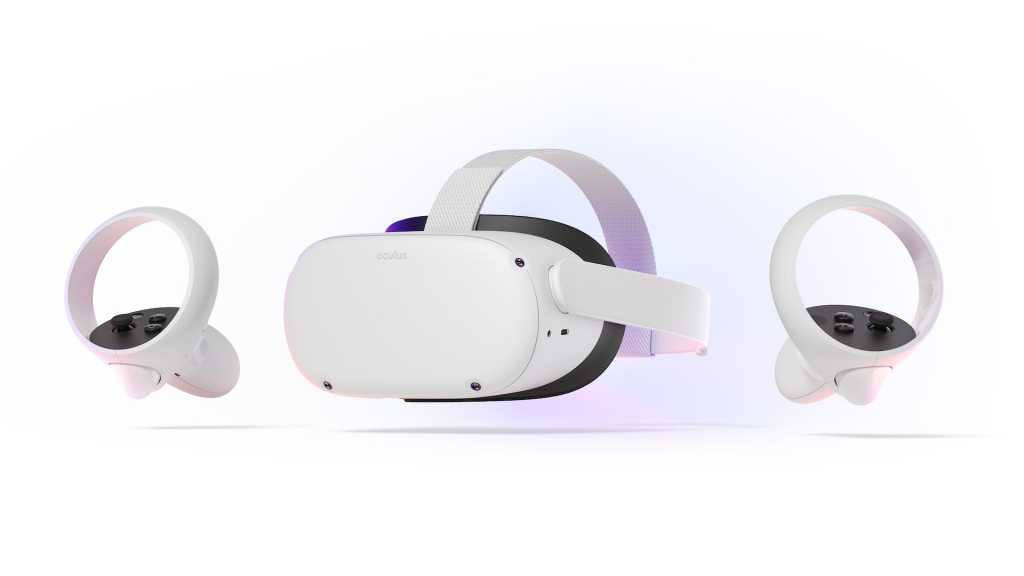 As showcased by Mark Zuckerberg at the Facebook Connect conference, the Oculus Quest 2 is official, and it’s up for pre-order right now. It offers some welcome improvements too, including a smaller form factor, a much-improved display, a more powerful processor and, most surprisingly, a drop in price.

Here’s all there is to know about the Oculus Quest 2, from pre-order and release date information to what’s on offer from the second-gen standalone VR headset. For more, take a look at our full  Oculus Quest 2 review.

When will the Oculus Quest 2 be released?

As confirmed by Facebook at Facebook Connect, the Oculus Quest 2 is due to begin shipping on 13 October 2020 around the world, with pre-orders live right now.

How much does the Oculus Quest 2 cost?

One of the biggest surprise announcements of the Oculus Quest 2 wasn’t the improved resolution or refresh rate, but instead the announcement that the Quest 2 is £100/$100 cheaper than the original, which many already considered great value for money.

That being said, the Oculus Quest 2 will cost £299/$299 for the entry level 64GB variant, and £399/$399 for a premium variant with a whopping 256GB of storage. That’s cheaper than practically every other VR headset on the market right now, and it’s one of very few that offer the ability to act as both a standalone and PC VR headset, offering incredible value for money – but we’ll go into more detail about that later.

Ahead of the headset’s October release, you can pre-order the Quest 2 from  Oculus itself, alongside key third-party retailers like  Currys PC World in the UK. 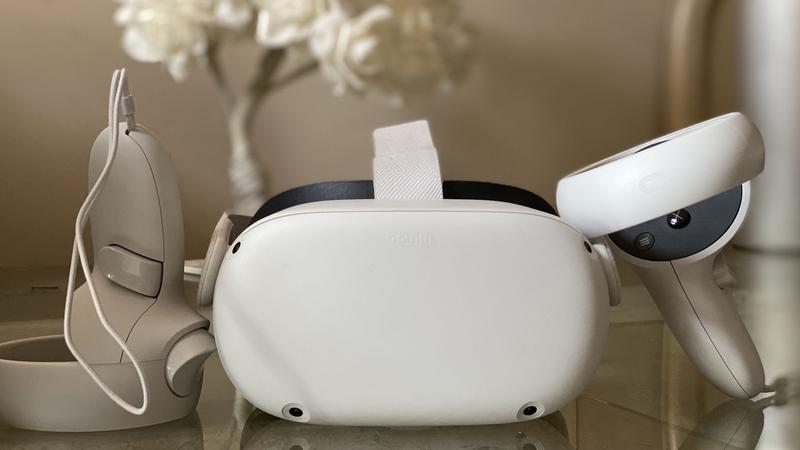 What’s new with the Oculus Quest 2?

So, what exactly has changed with the Oculus Quest 2? Well…

The biggest noticeable change when you first look at the Oculus Quest 2 is its size: it’s 10% smaller than the original Quest, and it’s lighter too, providing an all-round more comfortable VR experience. There’s also a new soft fabric strap system that should give more flexibility than the rubber strap of the original, which some struggled with depending on head shape, hairstyle and other factors. This all translates to a smaller headset that’s easier to take with you on your travels – one of the benefits of a standalone VR headset.

It’s also exclusively available in white this time around, with Oculus feeling that it looks more appealing and approachable than the original black colour option. When we quizzed Oculus on whether it’s likely we’d see other colour options in future, the response was simply that it’d be available exclusively in white at launch, but to “never say never”. Like most of Oculus’ decisions, it’ll likely depend on audience feedback and demands.

Aside from the refined form factor, the biggest improvement is undoubtedly the display of the Quest 2. It sports 50% more pixels than the first-gen headset, boasting a resolution of 1832 x 1920 per eye this time around, and the refresh rate has been upped from 60- to 90Hz in a bid to better cater for PC VR users utilising the Oculus Link technology. That translates to a smoother, more detailed standalone VR experience, although there’s a caveat; developers have to manually add 90Hz support to their apps, rather than it being automatically upscaled.

While the display is a big improvement, there is one downgrade, and it’s when it comes to the IPD adjustment. Rather than feature a standard IPD adjustment slider like on the original Quest, Oculus has gone down a different route this time. With the aim of simplifying the experience, you can now only choose between three IPD distances – 63, 65 and 67mm – and rather than having a slider, you have to take the headset off and move the lenses yourself. 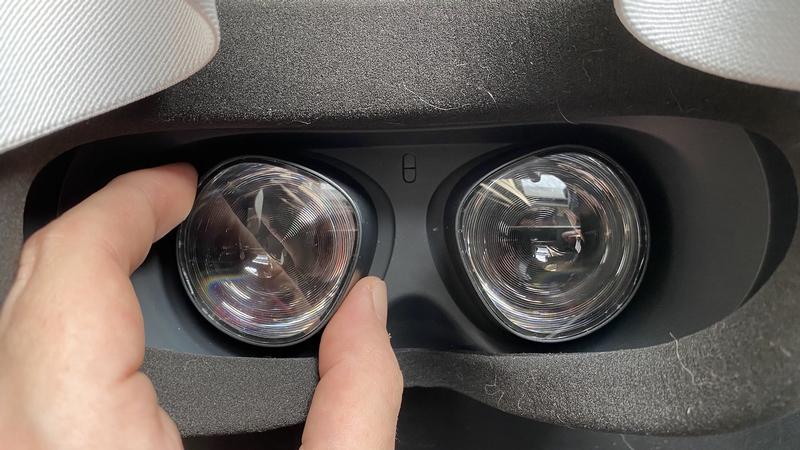 Oculus had to do this because rather than utilising two displays like the original, the Quest 2 sports a single large panel, making it hard to implement a standard IPD slider. It’s certainly simpler for first-time users, but those with a narrower or wider IPD might not get the best VR experience possible.

With an increased resolution and refresh rate, there is of course an upgraded chipset to power the experience. Oculus opted for the Qualcomm Snapdragon XR2 platform, claiming that it’s the best chipset for standalone headsets available today, with promises that the chipset should expand the kind of experiences available on the Quest 2 as well as improve the performance of the headset. There’s also 6GB of RAM this time around to help keep things running smoothly.

There’s also a noticeable improvement in the audio department – although it still features the same style of speakers as the original, the sound is louder and much clearer this time around. 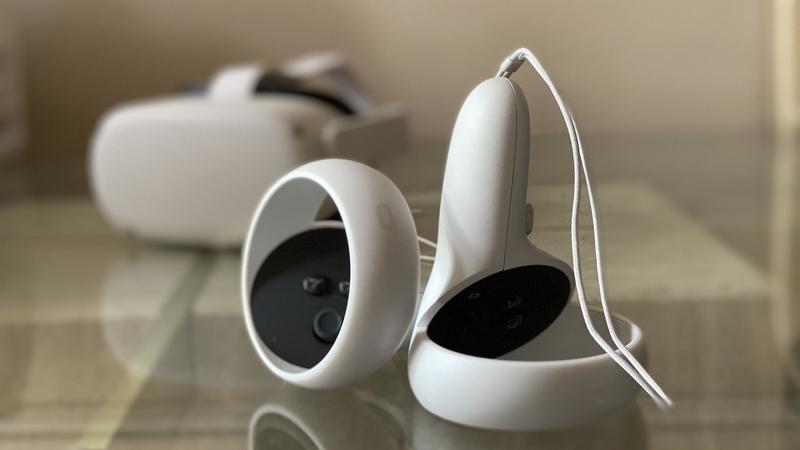 Alongside the improved headset, you’ll find improved Oculus Quest controllers. They’re more of a refinement than a redesign, utilising elements of the Rift S controller like larger thumb rests, and sport the same white colour as the headset, but it’s what’s underneath that’s most important. There’s noticeably improved haptic feedback support helping immersion, and thanks to the reduction in the number of IR LEDs in the ring of the controller, the battery lasts four times longer this time around.

You can also ditch the controllers, with improved hand-tracking available in the Oculus Quest 2, and there’s a growing library of hand-controlled Quest content available on the Oculus Store too.

Oculus Link was big news when the beta was released, allowing Quest owners to hook up the headset via USB-C and play PC VR games, but it wasn’t perfect due to the lower resolution and refresh rate compared to many dedicated PC VR headsets, but that can’t be said of the Quest 2’s setup. Link is officially coming out of beta with the Quest 2, providing owners with a hybrid headset that can be used standalone and when connected to a PC, making it the perfect headset for newcomers and gaming enthusiasts.

There’s also a large number of Quest 2 accessories in the works, including a Fit Pack to help get an improved fit from the headset, two Elite Straps, audio accessories from Logitech and wipeable face covers from VR Cover to help further tailor the Quest 2 experience depending on how you’ll be using the headset.

Oculus has clearly put a lot of thought into the Quest 2, and with all its improvements and the reduced price, we imagine it’ll be extremely popular too.