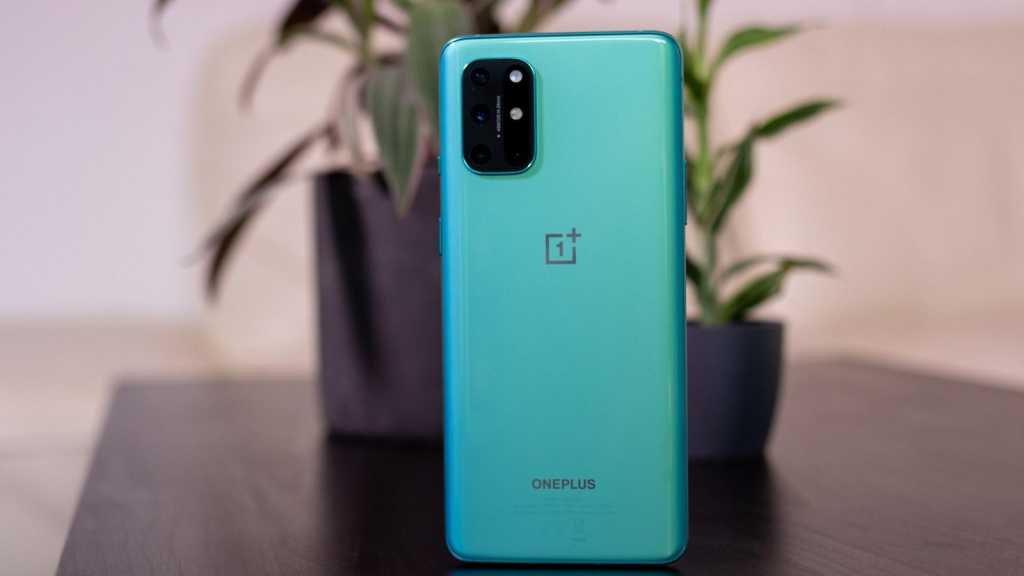 The OnePlus 8T is official, and brings with it a 120Hz flat display and 65W wired charging, along with Android 11 support out of the box.

Otherwise the 8T is fairly similar to the OnePlus 8 from earlier in the year, but with one key selling point: it’s £50/$50 cheaper.

It launched without an accompanying 8T Pro, so for the moment the 8 Pro remains the big daddy of the OnePlus lineup, but it gets some stiff competition from the 8T, which matches it on many specs and even beats it on charging speeds.

Read on for all the details on the 8T, or go straight to our OnePlus 8T review to find out what we think of the phone.

When is the OnePlus 8T on sale?

The OnePlus 8T is available to order direct from OnePlus right now, worldwide. If you’re thinking about buying the phone, check out our dedicated guide to the best OnePlus 8T deals and offers. 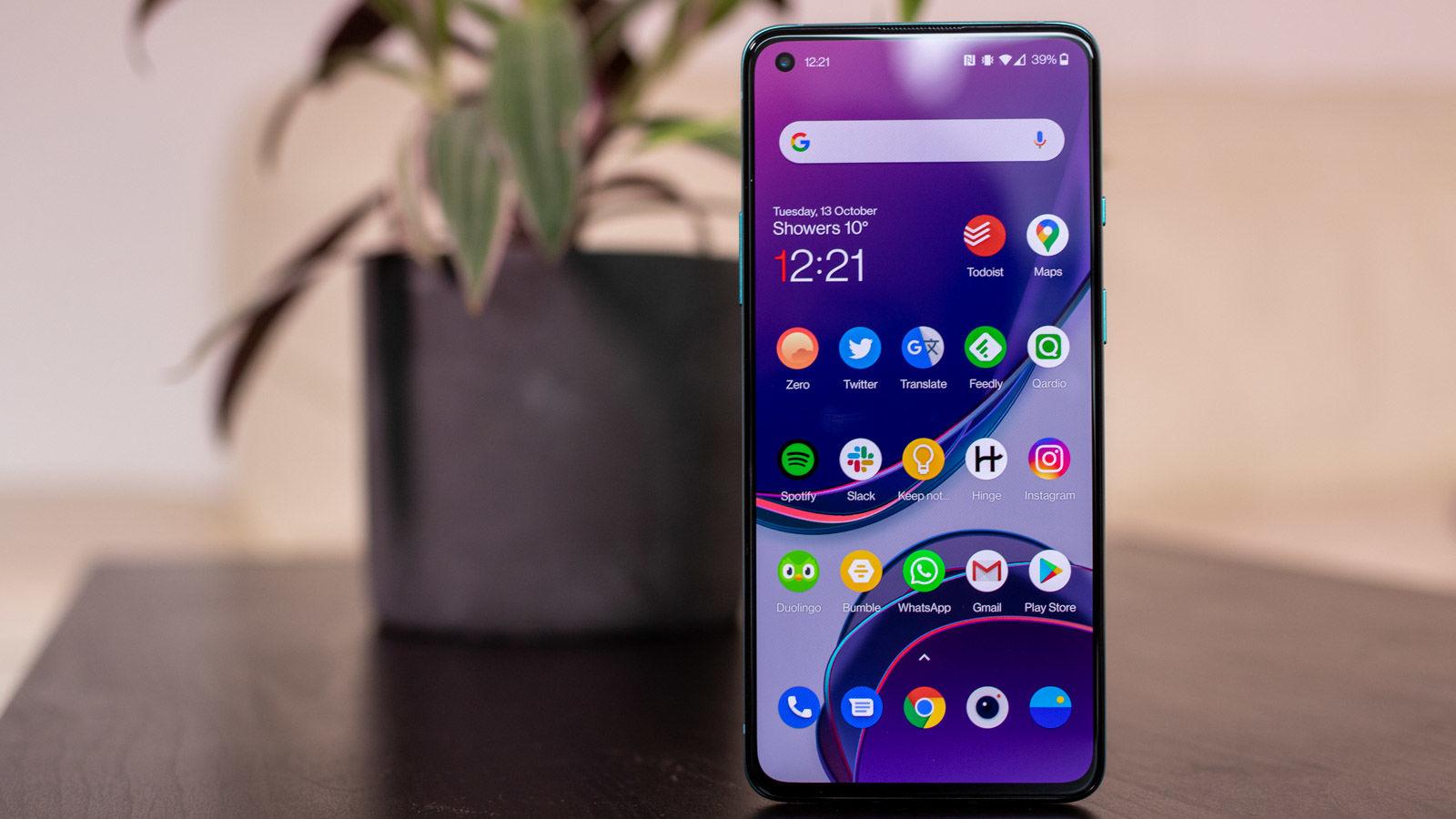 The 8T was launched alongside the new OnePlus Buds Z true wireless headphones and a new limited edition colour for the OnePlus Nord – but no sign of the rumoured Nord 2 or Nord Lite.

How much does the OnePlus 8T cost?

The price is perhaps the most impressive thing about the 8T, as OnePlus has managed to make it cheaper than the original 8.

It’s available in two setups, though the US only gets the more expensive model:

The US also has a separate model dubbed the OnePlus 8T+ 5G – this is simply a version exclusive to T-Mobile, for the same price, with support for that network’s expanded 5G bands and an IP68 rating. 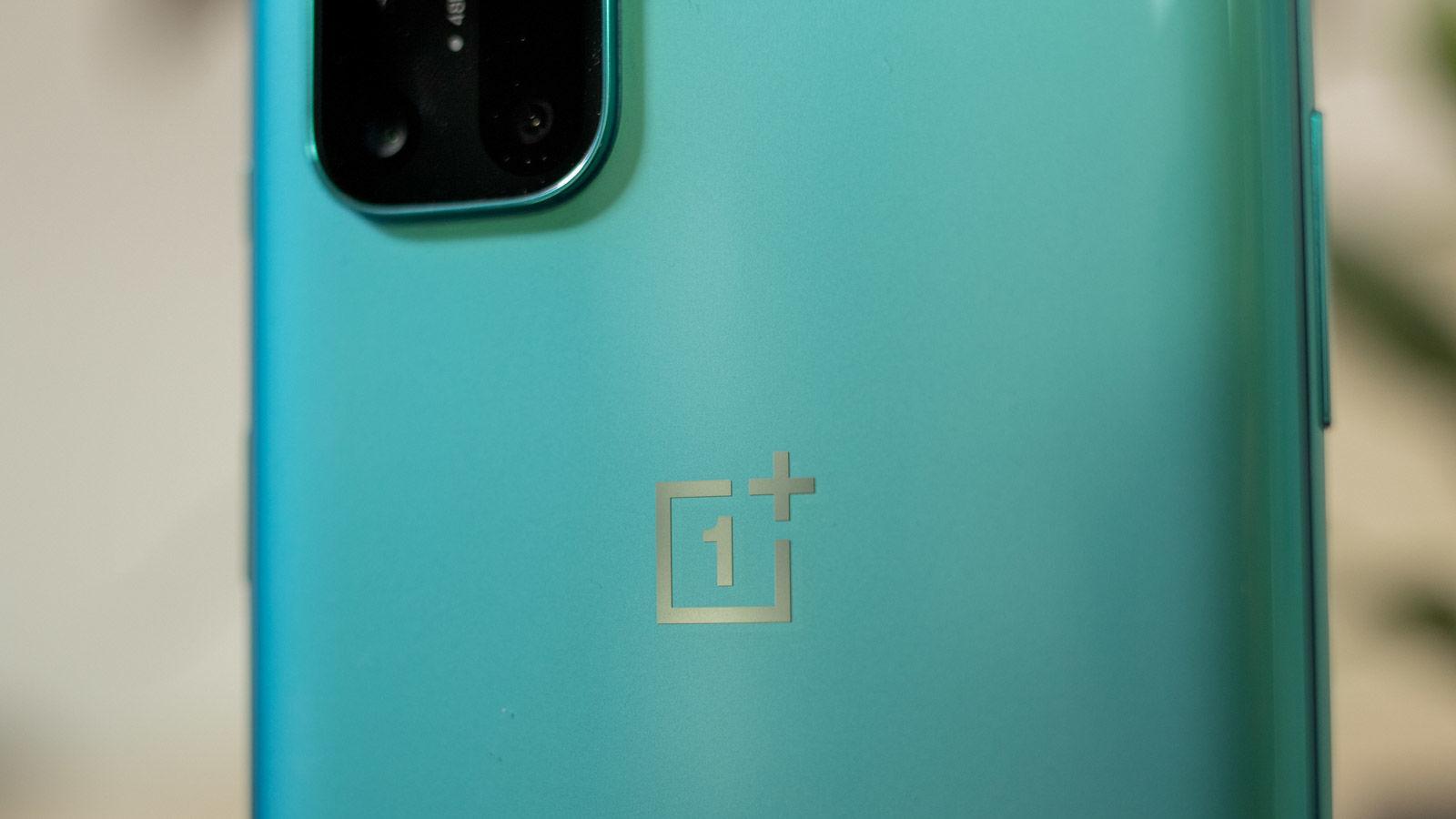 Note that in some countries the colour options will be tied to the specific RAM and storage setups – in the UK that means the cheaper model is in Lunar Silver, while the 12GB RAM version is only in Aquamarine Green.

Is there a OnePlus 8T Pro?

Simply put: no. Before the launch event, OnePlus CEO Pete Lau confirmed as much in a post on Weibo.

“There is no 8T Pro this year,” Lau wrote in Mandarin (translated by Google). “Users who like Pro-level products can continue to choose OnePlus 8 Pro, the annual machine king. Our plan for it is itself defined in a direction where there is no room for upgrade. There are also surprises, it is worth looking forward to.​”

Of course, it’s possible that the 8T Pro will simply arrive after the main phone, but we’re not expecting it to. You’ll have to hold out for the 9 Pro instead.

Shortly after the 8T was launched in the West, the company held a China-specific launch event, which included something of a surprise: a limited edition version of the phone connected to the long-awaited CD Projekt Red game, Cyberpunk 2077 (teased on the video below).

Confirmed to be exclusive to China, the limited edition Cyberpunk 8T is now available to pre-order, going on sale on 11 November.

As hinted at in the lead-up to its official unveiling, this special edition sports a notably different camera surround compared to the standard 8T, with the glass panel running the width of the phone’s back and able to accommodate some unique ‘2077’ artwork. 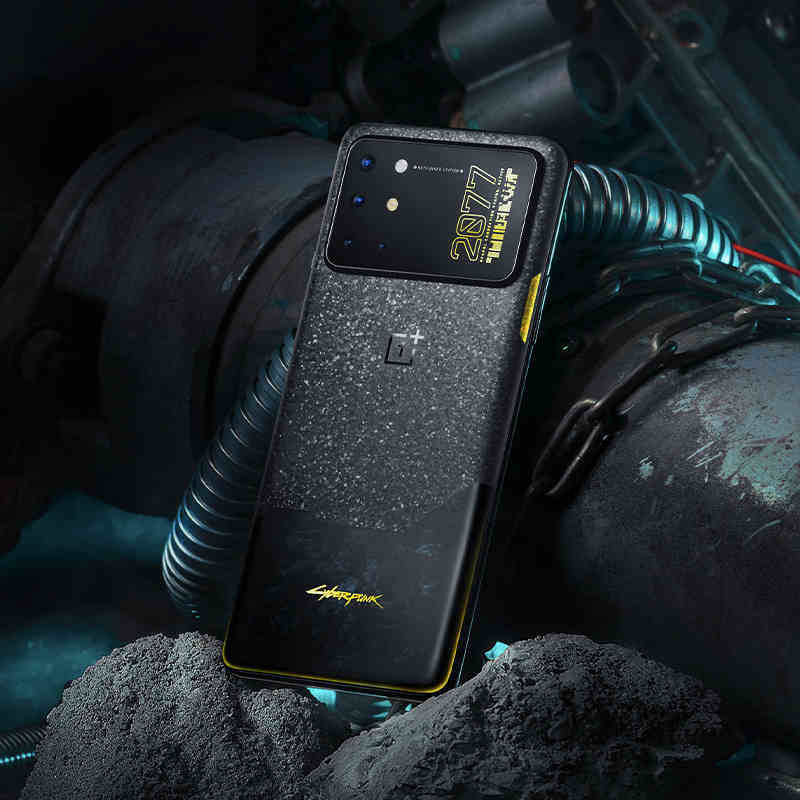 As for the rest of the phone’s glass back, it’s split into two different finshes: a dappled mid-section and a darker lower portion featuring the Cyberpunk logo.

Those who pick up this special edition 8T will also receive a luminous themed case that appears to change colour under different lighting conditions, while the cyberpunk aesthetic also carries across to the software and user experience. 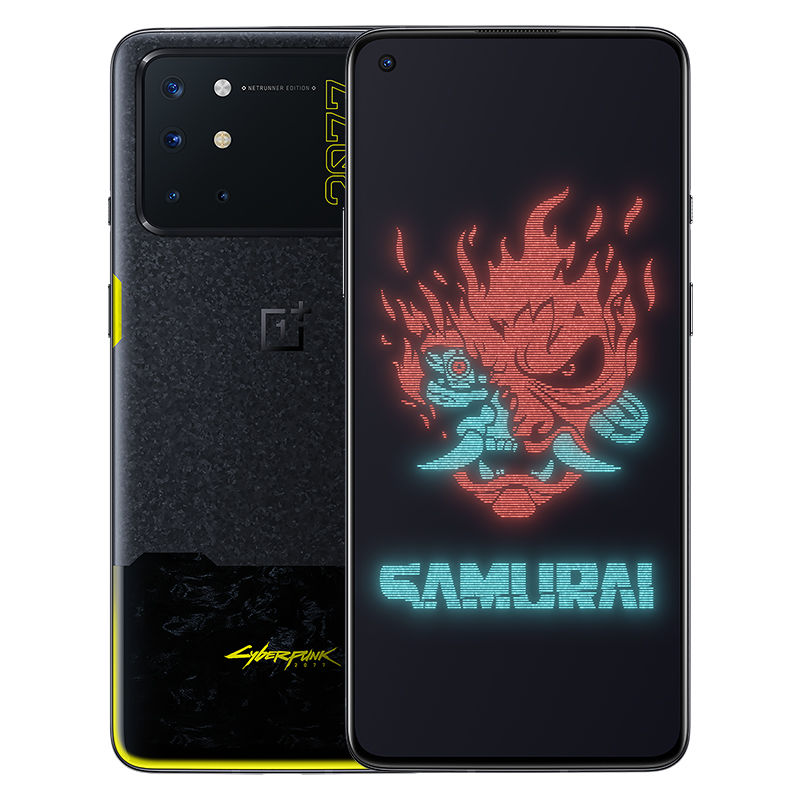 From lock-screen animations that ape artificial eye-scanning in the Cyberpunk 2077 game to custom wallpapers and UI elements, there are a number of included additions that should make using this 8T feel more exclusive and unique.

Underneath the Cyberpunk 2077 trappings, the phone sports an identical spec sheet to the standard OnePlus 8T, with 12GB of RAM and 256GB of UFS 3.1 storage onboard.

The OnePlus 8T Cyberpunk 2077 Limited Edition will retail for CNY¥3,999 (approximately US$600, £465, AU$850, ₹45,000), but with no sign of a release internationally, regional pricing would likely be higher if it suddenly was made available.

What is the OnePlus 8T design?

The design is one of the biggest changes to the 8T, with a completely new camera module and flat display that substantially change the look of the phone overall. 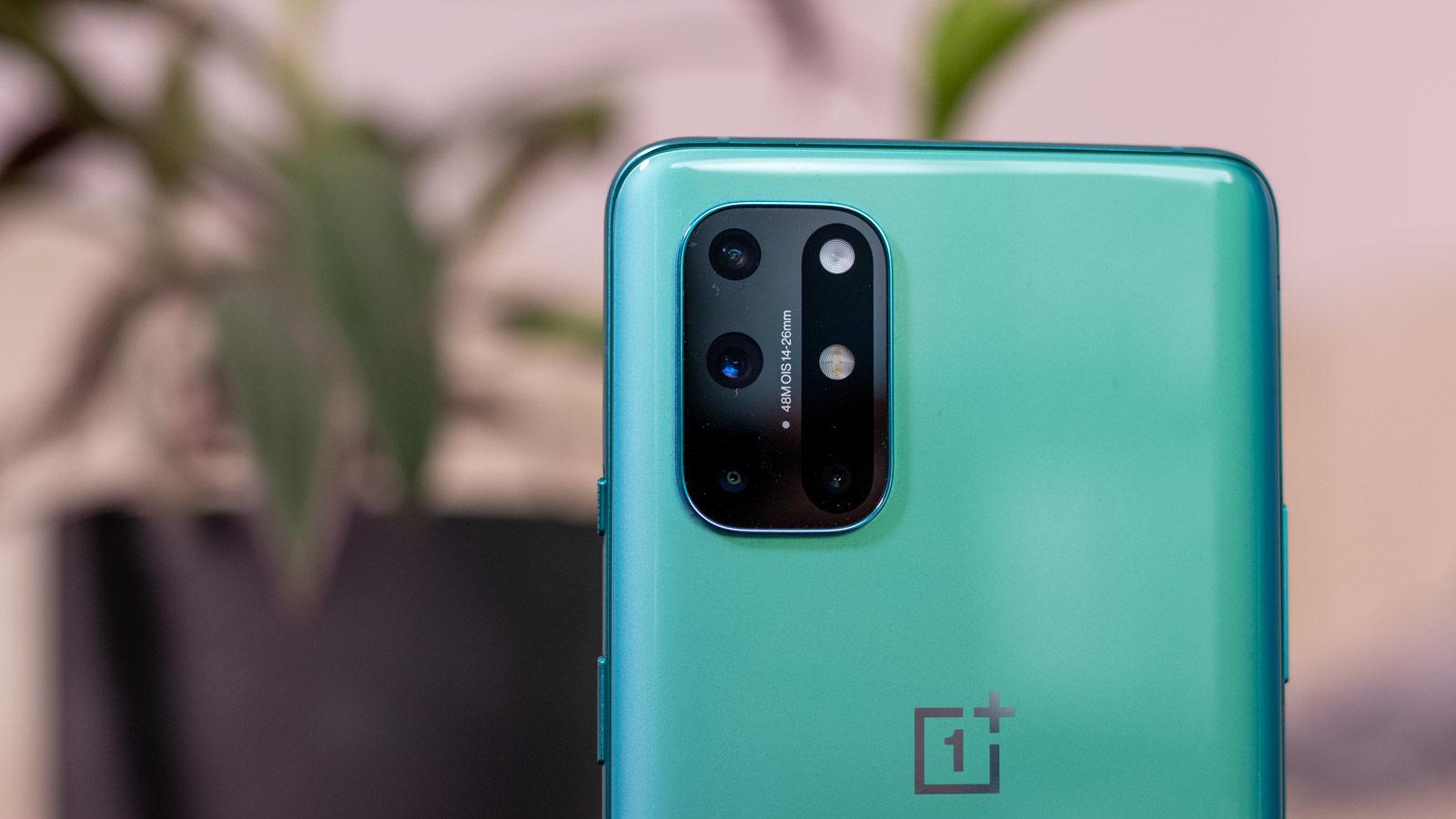 The quad camera now sits in a chunky, boxy module in the corner of the phone’s glass rear. This is still slightly rounded, but the phone’s 6.55in screen is now flat rather than curved – a move likely to please as many people as it irritates. There’s still a single punch-hole selfie camera in the top-left corner of the screen.

It’s still finished in glass on both sides, together with an aluminium frame. At 188g it’s just slightly heavier than the 8, and it’s ever so slightly larger too, but you’d be hard-pressed to notice the difference.

It’s available in two colours: Aquamarine Green and Lunar Silver. The former is glossy, while the latter is matt, and OnePlus says it’s also used a new coating on the green model designed specifically to reduce fingerprints.

There’s also one oddity about the build: as mentioned above, in the US there’s a T-Mobile exclusive version of the phone called the OnePlus 8T+ 5G, which supports T-Mobile’s 5G bands but also boasts an IP68 rating. Since it’s unlikely OnePlus would build the phone completely differently, that implies that all of the 8T models are the equivalent of IP68, but T-Mobile simply decided it was worth the cost of paying for certification.

What specs & features does the OnePlus 8T have?

Here are all of the core specs of the 8T: 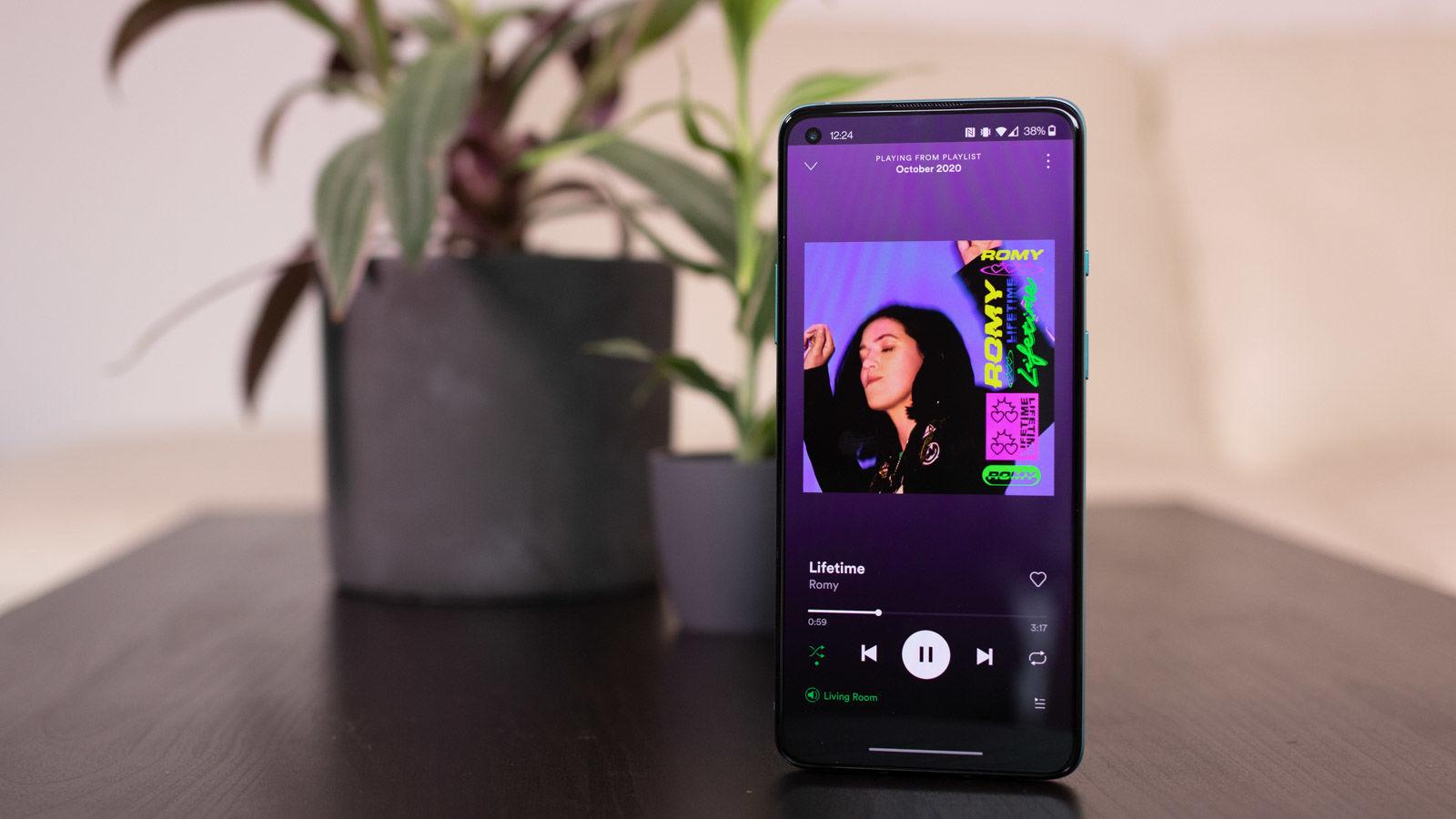 As widely reported before the launch, the 8T also leaps from 30W to 65W Warp Charge. OnePlus says this will fully charge the battery – 4500mAh in a twin-cell configuration – in 38 minutes, while a mere 15 minutes should get you 58% of the battery back, which the company says is enough for a day’s use.

The new 65W charger also promises improved compatibility with other devices – a weak point with OnePlus chargers in the past. It features a dual-end USB-C port design, supports all previous OnePlus charging protocols, and supports up to 45W PD charging for other phones, laptops, or tablets.

The phone also ships with Oxygen OS 11, based on Android 11, making it one of the first phones in the world to do so. The new software brings improved support for one-handed use, an improved dark mode, and the long overdue introduction of an always-on display option – with a few to choose from. 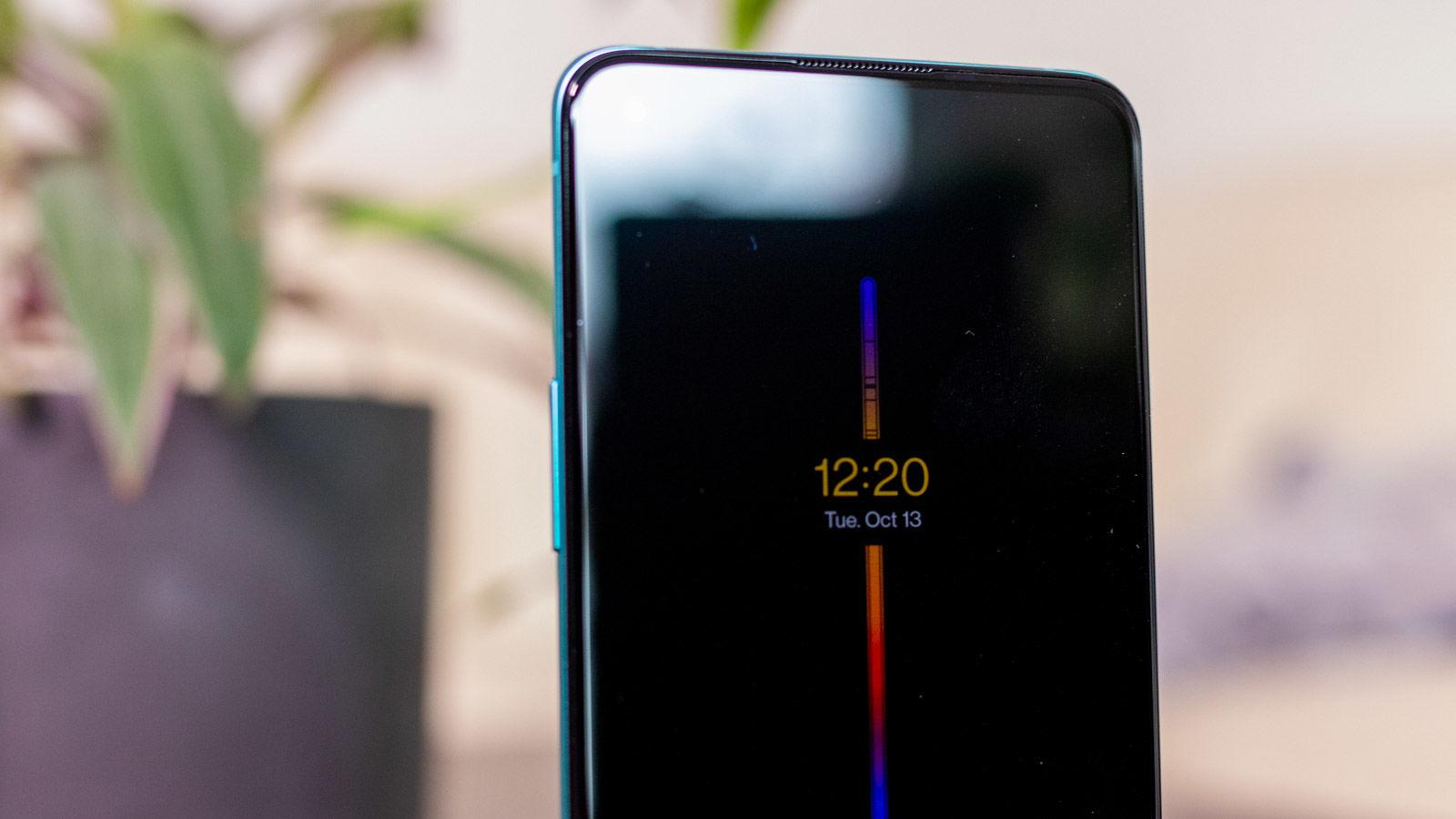 The camera has also been tweaked, jumping up to four rear lenses – though it’s not as exciting as it sounds.

The main sensor is the same as before, with the 48Mp Sony IMX586 driving the shots, supported by optical image stabilisation.

The ultrawide has changed slightly, but remains 16Mp and f/2.2 – but at 123° it’s a touch wider than the 116° camera from before. It’s backed up by a 5Mp macro lens and a 2Mp mono lens, which is used to deliver better colour information for black-and-white shots. 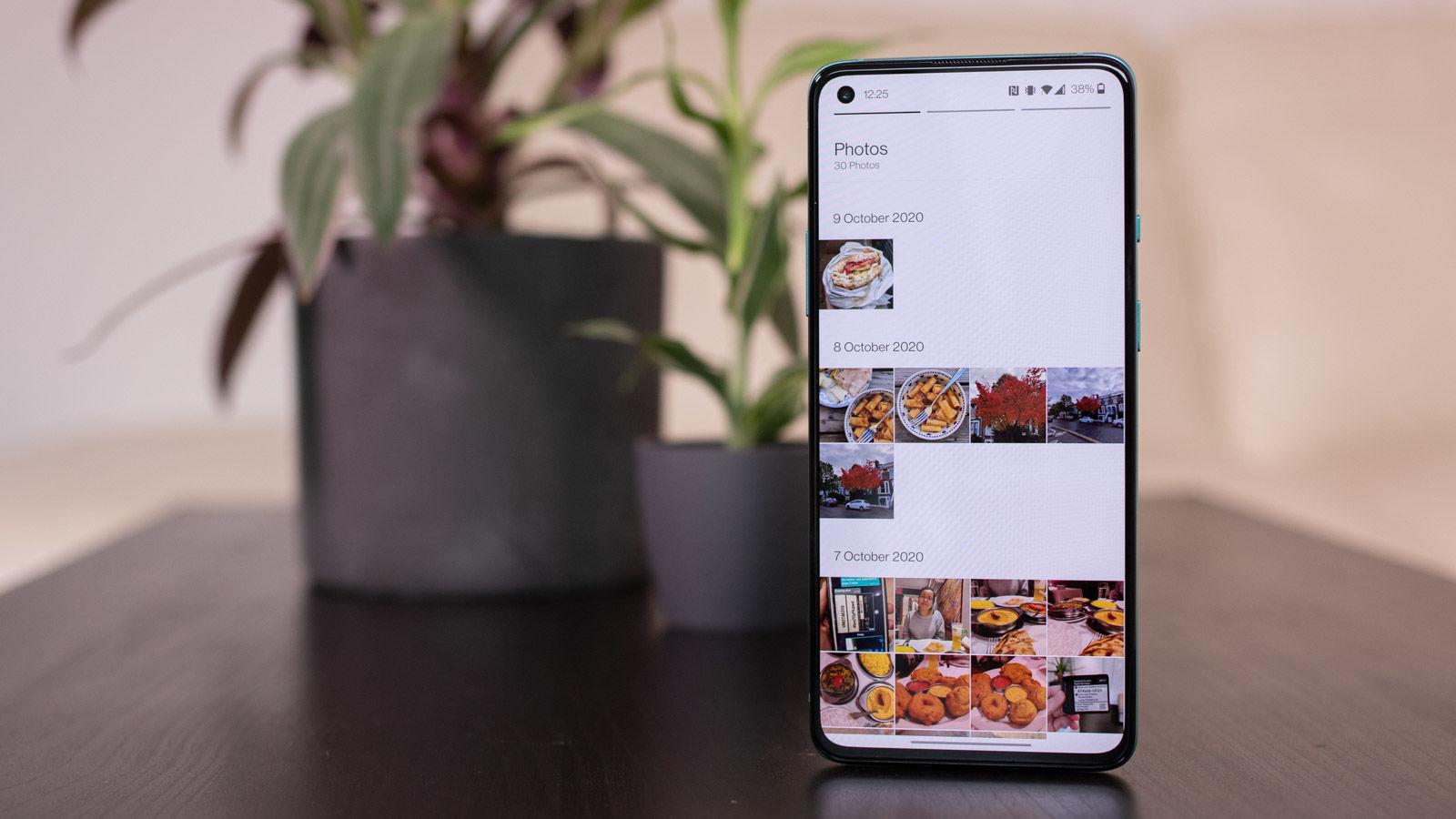 On the front there’s once again a 16Mp punch-hole selfie camera, though with a slow aperture of f/2.4 it might actually be a slight downgrade from the f/2.0 selfie camera we saw in the 8.

As for camera software tweaks, OnePlus says it’s improved Nightscape mode, which will also now trigger automatically from the main camera mode. Video stability has improved, and the company has introduced a video portrait mode to get a bokeh effect in your footage.