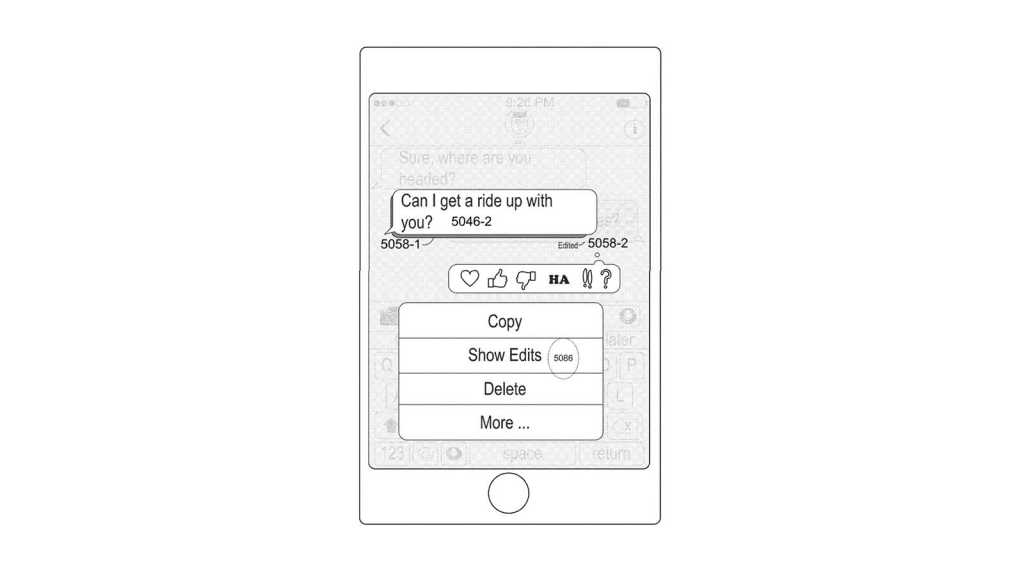 A new report on a patent application suggests Apple is working on a software update for its iMessage service that will let users edit sent messages. It’s a feature that rival internet messaging apps like Telegram already implement.

The patent (which is 980 pages long) was filed in December but has only just been published by the United States Patent and Trademark office, as noticed by AppleInsider. The publication suggests that the timing of the release may indicate this is a feature that will arrive this year in iOS 14.

iMessages are the blue bubbles sent within Apple’s Messages app rather than the green SMS bubbles. iMessages are sent over an internet connection and are technically editable, though it’s a feature not many popular messaging apps have – WhatsApp and Facebook Messenger allow message deletion, but not editing.

The patent application addresses the current drawbacks of messaging services:

“[C]urrent messaging applications have numerous drawbacks and limitations. For example, they are limited in their ability to easily: acknowledge messages; edit previously sent messages; express what a user is trying to communicate; display private messages; [and] synchronize viewing of content between users”.

The above image from the patent shows a basic iMessage and how it would be edited by the user. Interestingly it includes the option to view the edits, presumably displaying the original message so you could see if someone made a typo or if they just decided to be less rude.

While we’re happy to see Apple could be working on the feature, it does highlight that the actual text messaging aspect of many messaging services are fairly rudimentary. For all the GIFs and Animojis, you would have thought we’d be able to edit text by now.