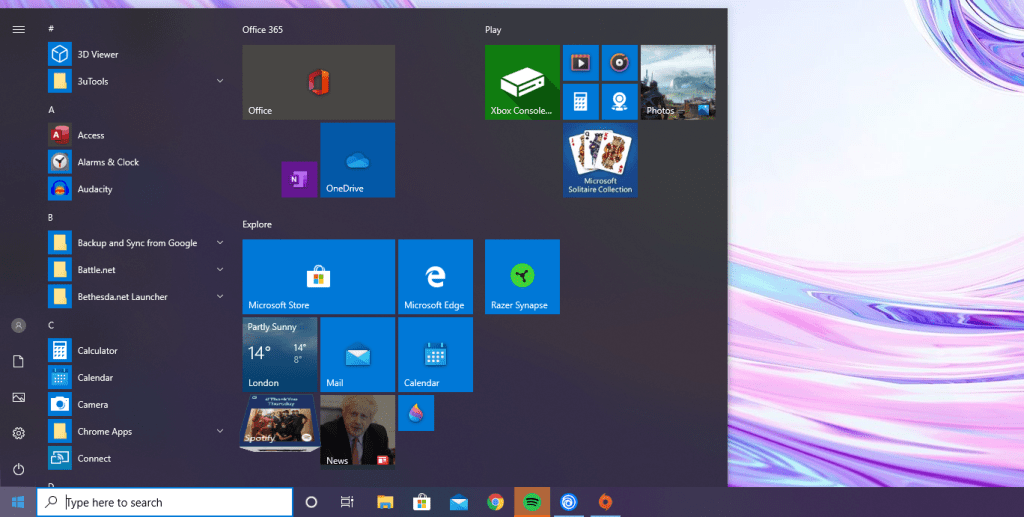 While there are plenty of Mac features that PC fans would love to see introduced on Windows 10, it’s a little harder to think of great Windows features that Mac users might want to see on macOS. But even a company like Apple can learn a thing or two from Microsoft-owned Windows 10, boasting a few key features we’d love to see ported over to Mac in the next few years – and we outline them right here.

The Start menu is the most well-known feature of Windows 10, and has been for most of the life of the Windows operating system itself. It’s the go-to place for Windows users, providing easy access to all installed apps as well as system settings and power options. Chances are, even if you’re a lifelong Mac user, you’re well aware of what the Windows Start menu is.

On the Mac side of things, it’s slightly different. While the Dock can be used to pin your favourite apps for quick access, it can quickly become unmanageable – especially if you add more than a handful of apps. The rest of the apps installed on your system are hidden away in the macOS Launchpad or accessible via Finder. Both options are a little awkward in comparison to the Start menu in Windows 10.

We doubt the Start menu will make an appearance in macOS anytime soon, but in the meantime, macOS users can always pin a folder containing their favourite apps to the Dock. It’s not pretty, but it’ll do.

Mac apps love menu icons – those little icons that appear along the top-right of your Mac display – regardless of whether they’re actually helpful to the user or not. While some thoughtful developers provide the ability to hide the menu icon, most don’t, and that means the menu bar can get pretty packed, pretty quickly.

Admittedly, Windows users have a similar option. Windows developers love menu icons just about as much as Mac developers do, and will stuff an icon into the Notification Area (or system tray, as it’s more widely known) at any given opportunity.

But where Mac and Windows differ is in terms of icon management: while macOS continues to pile icons into the menu bar until there’s no room left, Windows 10 hides most icons, letting you choose which are visible all the time and which are accessible via clicking the little arrow beside the system tray.

There are third-party options available for Mac like Bartender that introduce similar functionality, but at £12.48/$15, it’s not a cheap purchase – especially when the feature is free on Windows 10.

This is more of a Huawei-specific Windows feature rather than a feature baked into Windows 10 as a whole, but the point still stands: if you’ve got a Huawei phone and a Huawei laptop, you can use Huawei Share to mirror your mobile display on your laptop, allowing instant access to all your mobile apps without having to pick your phone up.

You can browse apps like Instagram, take calls, transfer photos and videos between the phone and laptop and just about anything else you can do on your phone. It’s a hugely helpful feature that streamlines the mobile experience when working, but sadly, there’s nothing like it available for Mac.

You can use apps like QuickTime Player on Mac to record your iPhone display, but unlike Huawei’s option, you can’t actually interact with your phone via your Mac. Admittedly, the macOS integration with Messages and universal apps is a good middle-ground, but not all iOS apps have a Mac alternative, so we’d love for that to change in the near future. 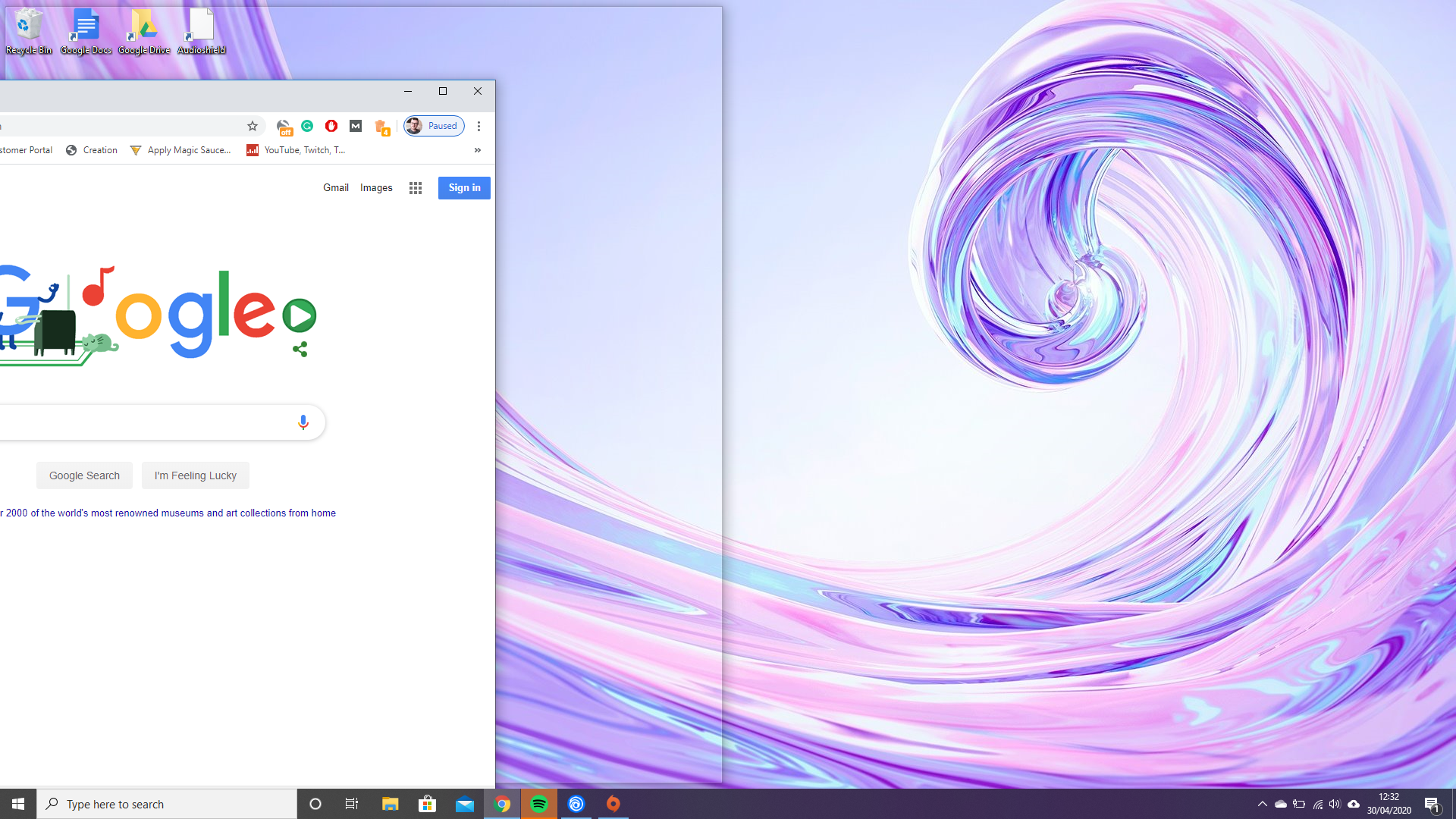 It makes multitasking on Windows a breeze, especially when compared to macOS.

Apple does offer split-screen functionality, activated by long-pressing the green ‘maximise’ button on any Mac window, but it takes you to a second screen, separate from your main Mac interface. It’s also much more rigid in design compared to the Windows equivalent, and there’s no way to quickly switch split-screen apps, making it a painful and frustrating experience overall.

Timeline is a handy Windows feature that lets you pick up where you left off, regardless of whether you’ve shut your PC down since. Summoning the Task View provides a timeline of your activity in any timeline-supported app, be it Chrome, Adobe Creative Cloud, Microsoft Office, Paint, etc. and even lets you group related activities together. That essentially means that if you were to open up a Word document you were working on last week, Chrome would open and load the sites you were looking at at the time. 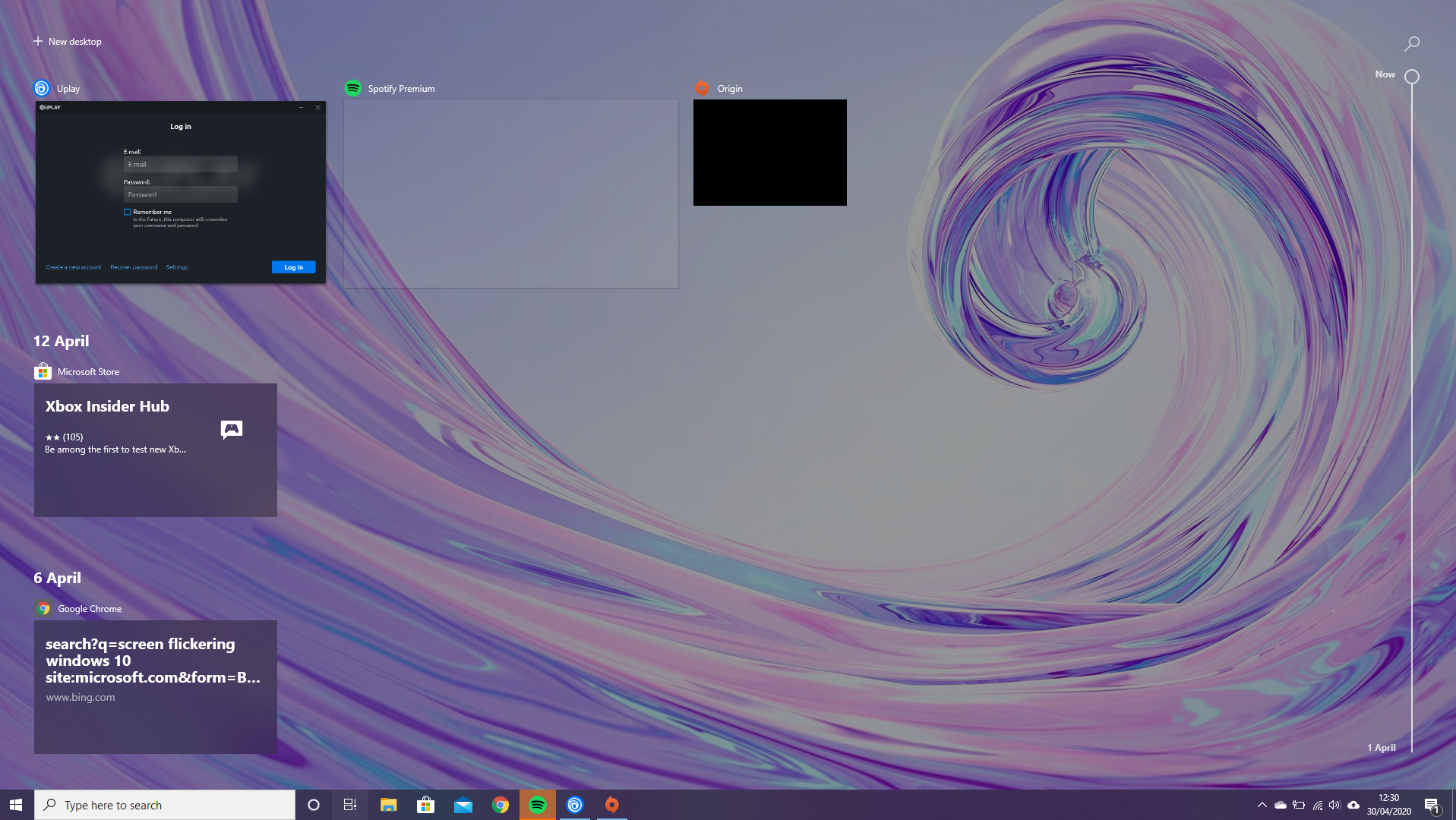 The feature is synced between devices, making it even handier if you work across multiple machines.

There’s no equivalent on Mac, but we’d love to see something similar introduced – it’d be a gamechanger for professionals working on macOS.

Windows Hello allows Windows 10 users to securely log in to their devices and apps via fingerprint, iris scan or facial recognition, streamlining the login process and generally making life that little bit easier. While recent MacBooks feature Touch ID for biometric authentication, you can’t use it when you first turn the laptop on – you’ve got to first input your password, and it’s a similar story if you’ve not used the laptop for more than 24 hours.

These are security measures according to Apple, but if Microsoft can implement a similar feature while only rarely requiring a standard pin or password for verification, why can’t Apple?