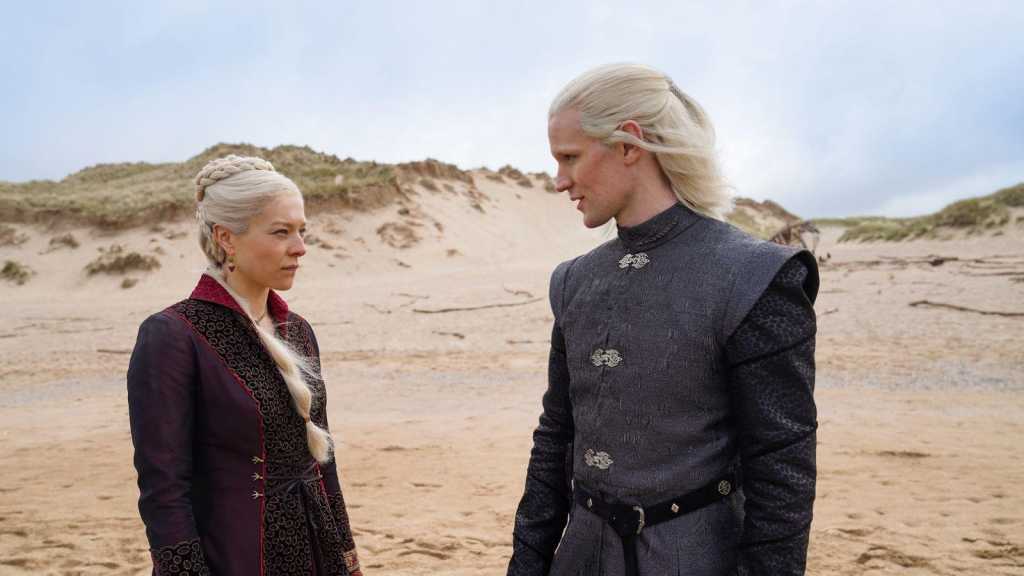 Game of Thrones was the biggest fantasy show to ever air, and though it came to a close in 2019, the world of Westeros isn’t finished just yet. House of the Dragon is on the way to HBO, and it will serve as a prequel to the show.

If you’d like to know more about this brand new programme, then keep on reading. For fans of the fantasy genre, we also have a similar roundup for season 3 of The Witcher on Netflix. Alternatively, here’s all the information you need if you want to re-watch Game of Thrones in its entirety.

House of the Dragon release date

The show has been ordered for a total of ten episodes – the same length of the first series of Game of Thrones. Variety also revealed that George RR Martin has signed a five-year deal to create content with HBO and HBO Max, so this could imply that House of the Dragon will run for at least that amount of time.

House of the Dragon trailers

The first full trailer for House of the Dragon is here, and it promises plenty of politics, numerous dragons and battle sequences. Watch it below:

At Comic-Con, an extended trailer was released – showing the Targaryen’s turning on each other:

This teaser trailer for House of the Dragon shows off a redesigned Iron Throne (closer to the original design from the books), and a look at some of the characters. Take a look below:

The second teaser trailer shows a very different Westeros to what we saw in Game of Thrones, and a brief look at a dragon:

You can also see the official character posters on the House of the Dragon Twitter page – there are nine in total:

Who are the cast and crew of House of the Dragon?

Creator of the book series – George RR Martin – is developing the series with the creator of Colony, Ryan Condal, who will act as head writer and co-runner of the show.

Partnering with him is Miguel Sapochnik, who will also be directing the pilot episode and several others in the series. Sapochnik served as director for both Battle of the Bastards and Winds of Winter, two of the highest-rated Game of Thrones episodes overall.

The role of Viserys I will be played Paddy Considine, HBO has confirmed. The actor is best known for his work in The Outsider, The Death of Stalin, and Hot Fuzz. Viserys I plays a crucial role in Westeros, and the civil war that will no doubt be at the centre of House of the Dragon.

HBO has confirmed that Emma D’Arcy (known for Truth Seekers) will fill the role of Princess Rhaenyra Targaryen, Viserys’s daughter and the eventual successor to the throne.

Matt Smith (known for Doctor Who) will play Daemon Targaryen, both Rhaenyra’s uncle and eventual partner – because we just can’t seem to get away from incest in Game of Thrones, apparently.

Olivia Cooke (known for Ready Player One) will play Alicent Hightower, the wife of King Viserys.

Toussaint will play an extremely rich adventurer called Lord Corlys Velaryon, AKA ‘The Sea Snake’. Best will play Princess Rhaenys Velaryon, the daughter of Prince Aemon Targaryen who has a rightful claim to the throne. Ifans will play her husband, Otto Hightower, the Hand of the King to Viserys Targaryen. Finally, Mizuno will play Mysaria, a dancer who goes on to become the paramour of Smith’s Prince Daemon Targaryen.

George RR Martin himself revealed on Twitter that Fabien Frankel will be joining the cast – best known from the BBC and Netflix drama, The Serpent.

Frankel will play Ser Criston Cole, who is of Dornish descent and is the common-born son of the steward to the Lord of Blackhaven. The character has no claim to the throne or any titles, but is skilled with a sword and carries a great deal of honour.

What is the plot of House of the Dragon?

As the name suggests, House of the Dragon will be based all around House Targaryen, the line that Daenerys is from. It will draw from Martin’s book Fire & Blood – which contains enough material for various plot avenues to be explored.

The setting for House of the Dragon is around 200 years before the events of Game of Thrones. With Rhaenyra Targaryen and Alicent Hightower set to be the main focus, we know that the show will delve into the Targaryen civil war, otherwise known as the ‘Dance of the Dragons.’ During this time, Westeros was split between the two figures and their own claims to power.

As Viserys’s first-born child, Rhaenyra, believes that she has claim to the throne. However, many believe that a woman should not inherit that power, and that instead the heir should be Viserys’s brother, Daemon.

The civil war itself last for decades, and the show will chart this entire storyline, framed through the turbulent relationship between Rhaenyra and Alicent.

Many of the Targaryen’s will ride their own dragons. During the time the show is set, they are nowhere near extinct – so expect plenty more appearances from these mythical creatures than what we saw in Game of Thrones.

We also suspect that we’ll see appearances from other famous houses – such as the Starks, Lannisters, Baratheons and Tyrells. It’s unlikely that we’ll see any familiar faces from Game of Thrones appearing considering how early the show is going to be set – unless somehow the Night King manages to worm his way in.

How can I watch House of the Dragon?

In the US, you’ll be able to watch on HBO and its various streaming services such as HBO Max. As with Game of Thrones, Sky has confirmed that UK viewers will get access via Sky Atlantic and Now.

If for some reason you can’t access either of these channels, here’s how to watch HBO outside of the US.