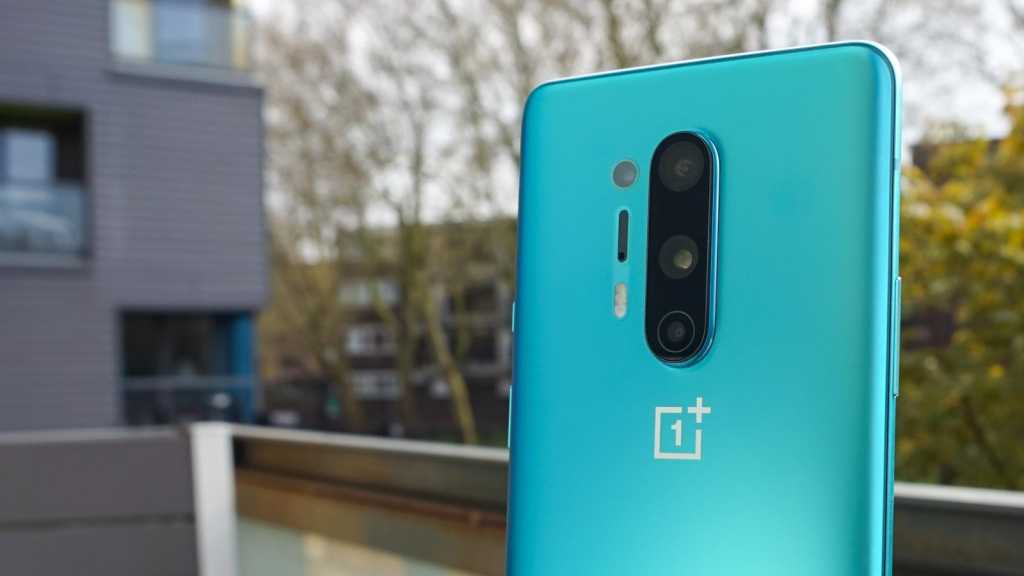 The OnePlus 8 and 8 Pro are here, along with OxygenOS 10.5, the latest version of OnePlus’s custom version of Android 10.

Between software tweaks in Oxygen OS, new hardware features in the OnePlus 8 phones, and some classic special OnePlus features there are actually a lot of features to the 8 and 8 Pro that many users might miss if they don’t know where to look.

With that in mind, here are our top tips and tricks for new OnePlus 8 owners. And if you don’t own either phone and are on the fence, make sure to read our reviews of the OnePlus 8 and OnePlus 8 Pro to find out what we think of them, or our round-up of the best OnePlus 8 cases to help keep your new phone safe in style.

The 120Hz refresh rate is one of the most exciting features on the 8 Pro, and while the regular 8 doesn’t have that, it still has a 90Hz screen that you’ll definitely want to take advantage of.

Both phones are set to the higher refresh rate by default, but if you want to turn down the refresh rate to save battery you can. Simply head to Settings, then Display, and then into Advanced. There’ll you find a ‘Refresh rate’ section with the option to drop down to the battery-saving 60Hz.

If you have an 8 Pro then you also have the option to change the resolution. This is set to FHD+ (2376×1080) by default, but if go back to the Advanced menu and choose Resolution you can up it to QHD+ (3168×1440), albeit at a cost to battery life. Tick ‘Auto power saving’ to have it drop resolution when appropriate and keep the battery going a little longer, and note that you luckily can run at both QHD+ and 120Hz simultaneously for the best display experience. 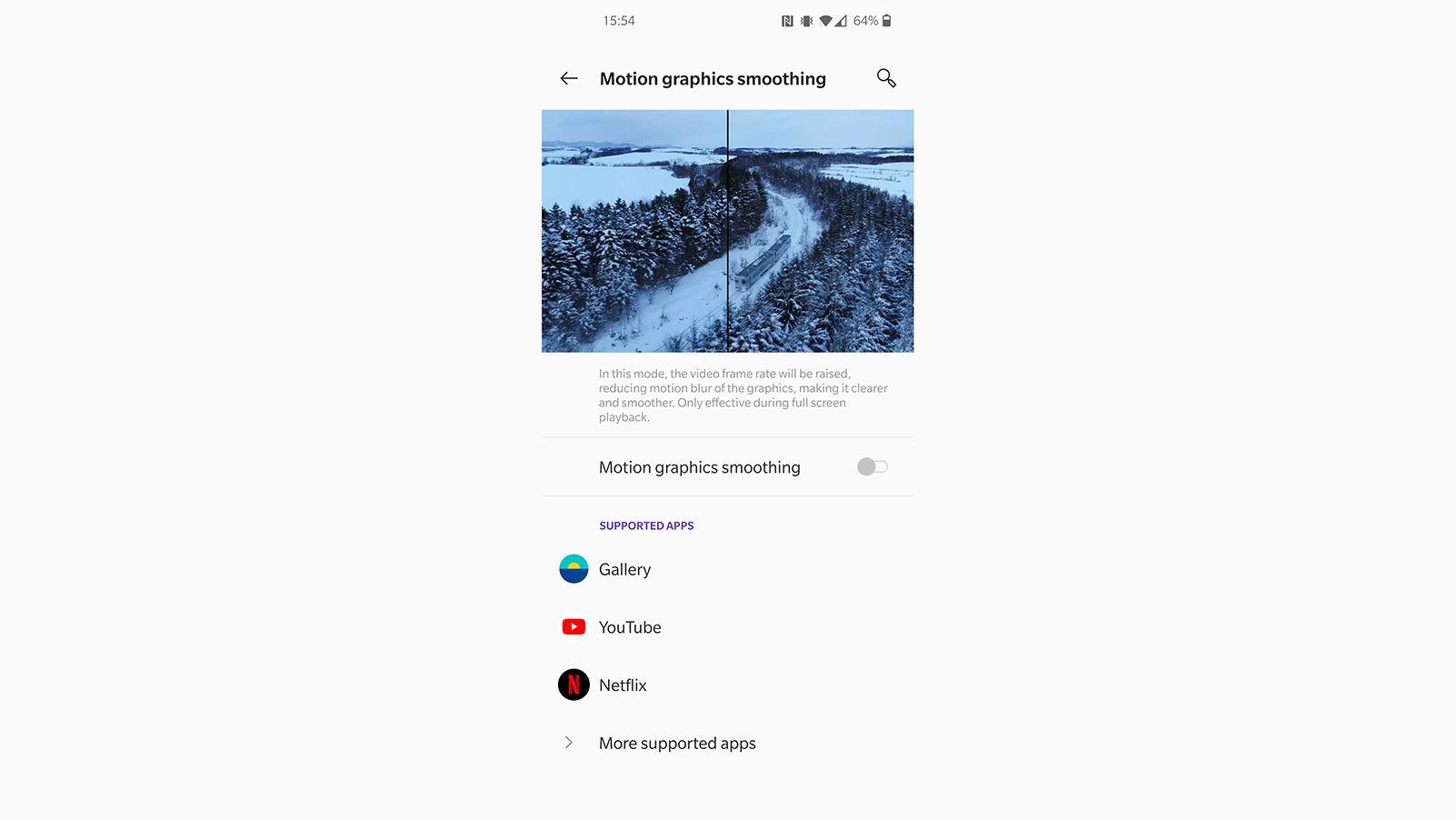 This one is for 8 Pro users only unfortunately. You’ll find motion graphics smoothing within Display settings and there’s a simple toggle to turn it on.

Essentially this is a mode that raises the frame rate on video within YouTube, Netflix, and other compatible apps, so that it matches the refresh rate of the screen, reducing motion blur.

It will make video look smoother, but at a little loss to accuracy and fidelity, so try it both on and off to decide which you prefer.

Live Motion wallpapers are one of the few new software additions in OxygenOS 10.5, which is otherwise a pretty modest update. You might already be used to them from other phones though – they’re just moving wallpapers with a simple animation.

There’ll be one enabled by default when you turn the phone on, but if you long press on a blank area of your home screen you’ll get the option to change your wallpaper. There should be five Live Motion options available by default, identifiable by the little icon in the top right, so just select one and hit the tick in the top right to activate it – or take the chance to set a static image instead if you prefer that. 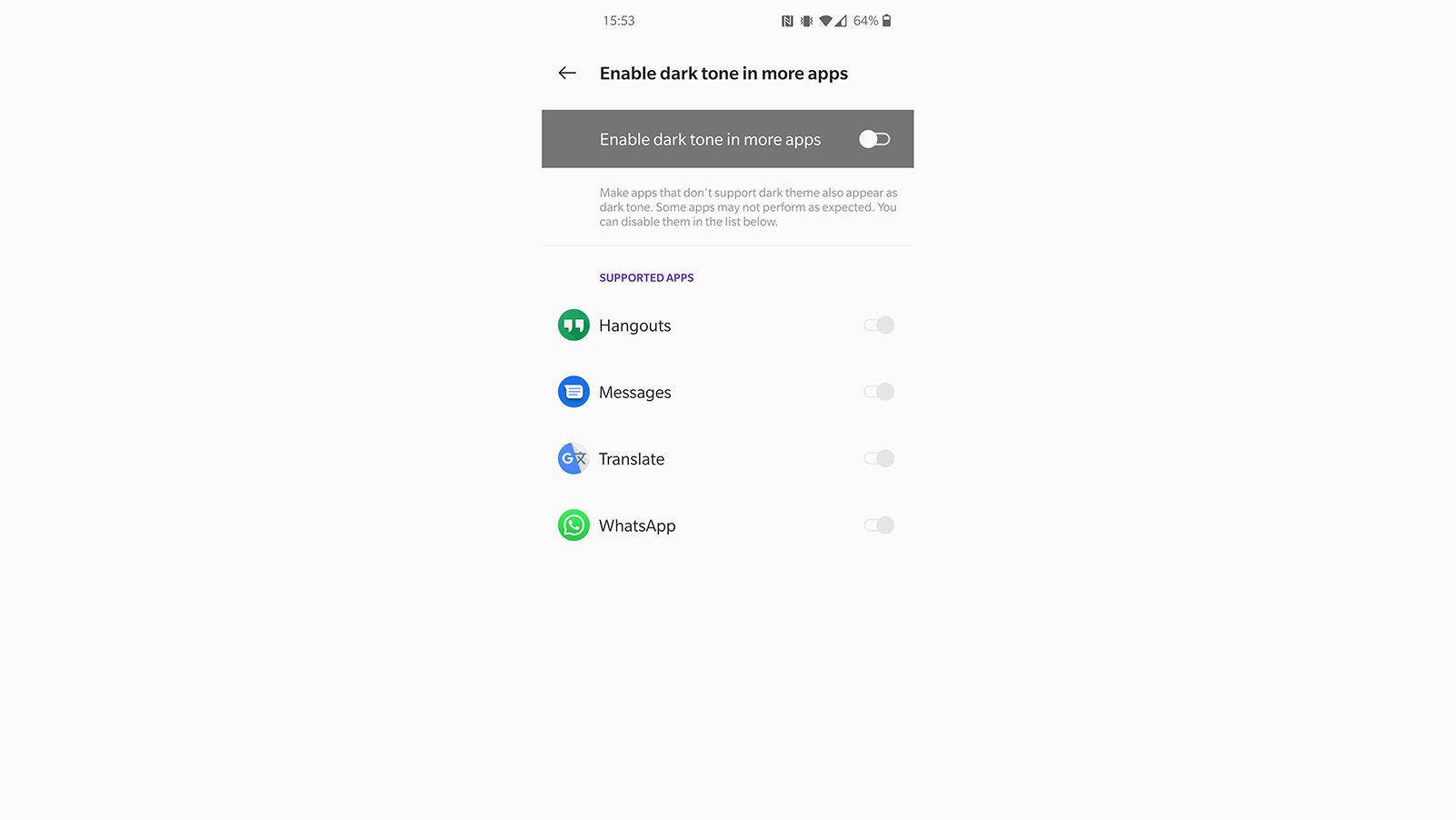 Turn on and improve Dark Mode

Dark Mode isn’t new to the OnePlus 8, but it has been improved a little – though that hasn’t made it any easier to find.

Unlike on most phone, you won’t find Dark Mode under display settings, or in the phone’s shortcuts. Instead you’ll have to open Settings and then head into Customisation. Halfway down you should see ‘Tone’ – hit this and you’ll get a few options, including ‘Dark’ – this is Dark Mode.

Annoyingly there’s no way to schedule Dark Mode, or turn it on or off without diving through those menus, so it’s really designed to leave on all the time, rather than switch back and forth.

OxygenOS 10.5 improves compatibility with third-party apps, so more of them will go dark when you turn it on, but you can improve this further. Go back into Settings, then pick Utilities.

Within here you’ll see OnePlus Laboratory, and within that there’s an option to ‘Enable dark tone in more apps’. This is an experimental feature that at the time of writing adds dark mode to Hangouts, Messages, Google Translate, and WhatsApp. There may be some bugs, but we’ve found it works well so far, and hopefully OnePlus will work on adding more major apps to the mix soon.

This is another Pro-only feature. The 8 Pro introduces 30W wireless charging, and along with it much slower 3W reverse wireless charging – so you can use the phone to charge other Qi-compatible devices like true wireless headphones.

There are two ways to get to the settings for this. You can head into Settings, then Battery, then you’ll find a section for Reverse Charge where you can turn it on. Alternatively, swipe down from the top of the screen to get to your settings shortcuts, then hit the pencil icon – this will show you extra shortcuts you can drag up to the tray, including one for reverse charging.

Once it’s switched on, just place your other charging device on the back of the phone, but make sure to hit the right spot, which is just underneath the camera module. It’ll turn off if you go a minute with no device charging, or if the phone drops below 15 percent battery. 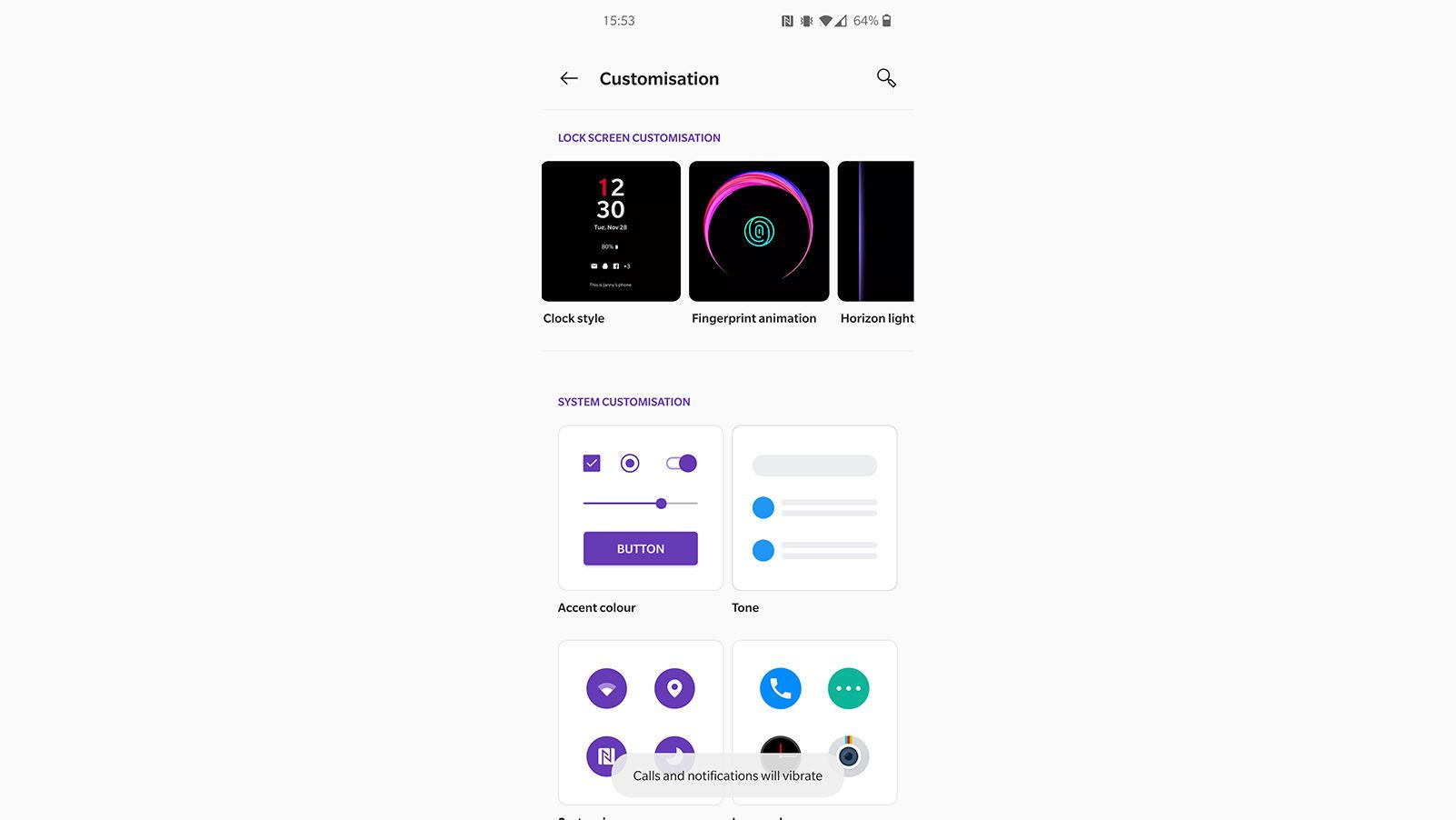 Customisation is one of the best aspects of OxygenOS, and you can tweak loads of elements of the phone’s design.

Head into Settings and you’ll see a menu called Customisation. From here you can change your wallpaper and clock style, the animation for the fingerprint sensor, and the colour of your ‘horizon light’ notifications.

Further down are options to tweak the font, icon style, tone, and colour of buttons and accents in the interface – so feel free to go wild and make your phone really your own.

By default, holding the power button brings up Google Assistant – handy for those who want to use it, but annoying for those used to using that button to turn their phone off.

To change this, go to Settings and then Buttons & gestures. The bottom option is for holding the power button, and tap on there to change it to activate the power menu.

As a side note, if you’re an Amazon Alexa user you can also change the button to activate Alexa instead of the Google Assistant. To do so, first make sure you’ve downloaded the Alexa app from the Play Store, and then tap on the Voice assistant option here, which will let you change your default assistant to Amazon’s.

One great feature that’s turned off by default is optimised charging. You’ll find it in the Battery settings, where there’s a simple toggle to turn it on.

This essentially means that when you charge the phone overnight or for other extended periods, it won’t top it up to 100 percent straight away, and will instead learn from your usage and only fill the battery up shortly before you’re likely to unplug the phone.

That might sound annoying, but really it’s a great feature for battery life: keeping the phone at full is a bad way to damage longterm battery health, so turning this on should keep the OnePlus 8 going for longer.

Hidden Space is a handy old OnePlus feature that lets you hide some apps from view – we won’t judge you for what they are, or why you want to hide them.

You can get to it by swiping right from the app drawer, or pinching into the homescreen. Tap the plus symbol to choose which apps to hide, and head into the settings at the top-right to add your fingerprint or pin code as an access requirement, to prevent anyone else finding your hidden apps by mistake.

Use the photochromatic camera

This final tip is another Pro-only one. The 8 Pro has a fourth camera lens, a 5Mp photochromatic shooter, but it’s hard to find in the camera app.

To get to it, open the camera and tap the filter option in the top-right – this will look like a few circles with a line running through them. This will bring up a few filters, so swipe all the way to the right to find Photochrom mode.

This will wash the colour out of your images, while inverting green tones, for a very unsettling look. We don’t quite get it, but maybe you’ll be a fan?