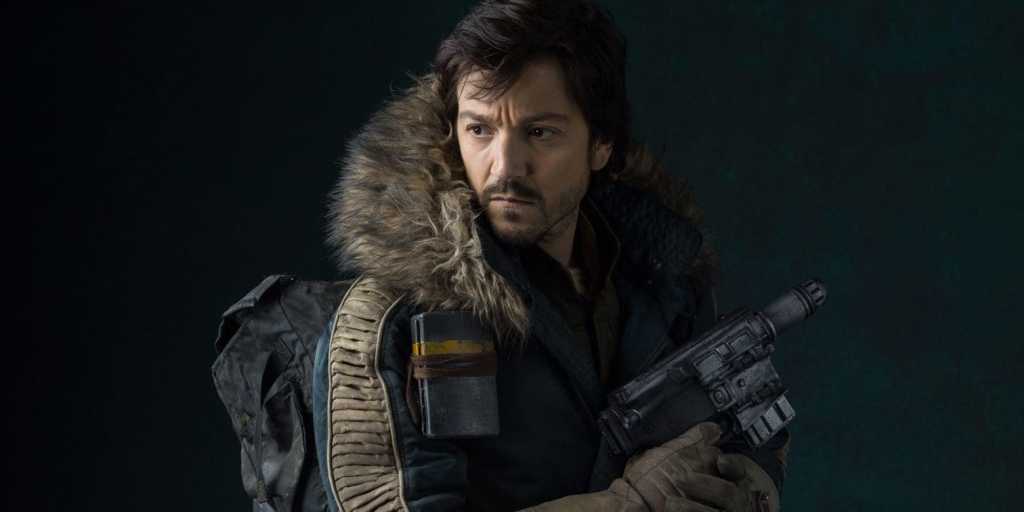 Andor has wrapped up its first season on Disney+. Filled with a stellar cast, gripping action sequences, rousing speeches and complex political plotlines, this is one of the stand out properties in the Star Wars universe.

Fortunately, the show is far from over. Andor will be returning for a second season, which will be its last. Here is what we know so far – you can also read up on everything we know about the third season of The Mandalorian.

Does Andor season 2 have a release date?

Not exactly – Tony Gilroy told The Wrap that season 2 of Andor won’t release before 2024. Allegedly the team started shooting in November 2022, and should finish around August of next year.

After that, he estimates that post-production will take around another year, so the earliest we could see Andor would be Autumn 2024.

The majority of the cast are expected to return for season two – that naturally includes Diego Luna as in the lead role as spy, Cassian Andor, and Genevieve O’Reilly as Mon Mothma, a politician who is secretly plotting for the Rebellion.

Following the events of the finale, we expect that Stellan Skarsgård will be back as the rebel spy Luthen Rael. There is also a chance that the rebel spies Vel (Faye Marsay) and Cinta (Varada Sethu) will be back, along with Rebel extremist Saw Gerrera (Forest Whitaker).

Cassian’s friends Bix Caleen (Adria Arjona) and Brasso (Joplin Sibtain) may also reappear after escaping Ferrix. Along with them is Maarva Andor’s former droid B2EMO, who is voiced by Dave Chapman.

On the Empire side, we expect that we will see the return of Kyle Soller as Syril Karn and Denise Gough as Dedra Meero – the show seemed to imply that the pair will be teaming up to try and take down Andor once and for all.

Tony Gilroy has also hinted to Slash Film that Andy Serkis’ Kino Loy may be back – we didn’t see the prisoner die, after all.

According to Collider, there is a possibility that Alan Tudyk will also return to voice the Imperial droid, K2SO from Rogue One.

In terms of behind the camera, Tony Gilroy (who previously worked on Rogue One) shall serve as the showrunner, writer and director.

Also returning to the writing team will be Tony’s brother Dan (known for Nightcrawler), and Beau Willimon (known for House of Cards). They will be joined by a new addition, Tom Bissell (known for The Mosquito Coast). The executive producers for the next season have not yet been confirmed.

What’s the plot of Andor season 2?

The second season of Andor will pick up after Cassian has joined the Rebellion under Luthen, starting off one year after the violence on Ferrix.

Series creator Tony Gilroy has confirmed to Empire magazine that the show will jump a year every three episodes, meaning that Andor will span across four years of the Star Wars timeline when it returns.

On the second season, showrunner Tony Gilroy told Rolling Stone the following: “I’m hoping what we’re gonna do in the second half will make the meal feel really satisfying. Because the first year is really about him becoming, and the last line of this tranche of 12 episodes will sum up where we’ve been trying to get to.”

“The next four years are not about becoming a revolutionary. They’re about learning to be a leader and how difficult it is to put the alliance together and what happens to people who are the original gangsters versus the establishment and a lot of different other issues”.

The final scene of the show will lead directly into Rogue One.

Gilroy has also confirmed that Mon Mothma’s storyline will also come to a climax in season two, with the show “filling out her backstory in a way that might be obscure to canon and to the history books”. However, he has also stated that “there’s some really heavy things coming up. I think her path is very, very tough.”

Some of this may include the money issues she’s ran into, and the marriage of her daughter Lieda.

How can I watch Andor?

Andor is a Disney+ exclusive, which means you can only watch it on the streaming platform. At the time of writing, Disney+ costs $7.99/£7.99 per month for a rolling subscription and $79.99/£79.90 for an annual pass. You can sign up for Disney Plus here.