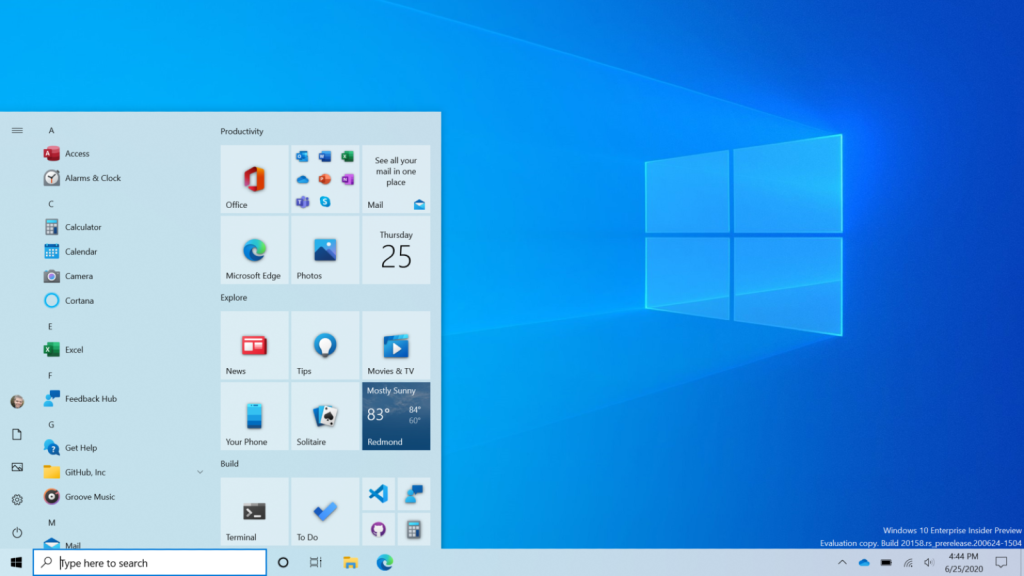 The Start Menu has remained a core part of the Windows experience since it made its debut back in 1995.

It’s evolved considerably since then, although there have been few changes to its design since the launch of Windows 10 in 2015.

With Microsoft set on making Windows 10 the last major version of Windows, the only place to see substantial updates like this is from biannual feature updates, usually delivered each May and November.

When will the new Windows 10 Start Menu be available?

Nothing has been confirmed yet.

Despite Microsoft confirming that the new Start Menu is now available to Windows Insiders, there’s no guarantee it’ll be included in the November 2020 update.

However, there is a workaround that ensures you can get the new Start Menu right now.

What will the new Windows 10 Start Menu be like?

We now have a concrete look at the new Start Menu, via screenshots from an official Windows blog post. In addition to the design above, it will also be compatible with Windows 10’s dark theme. 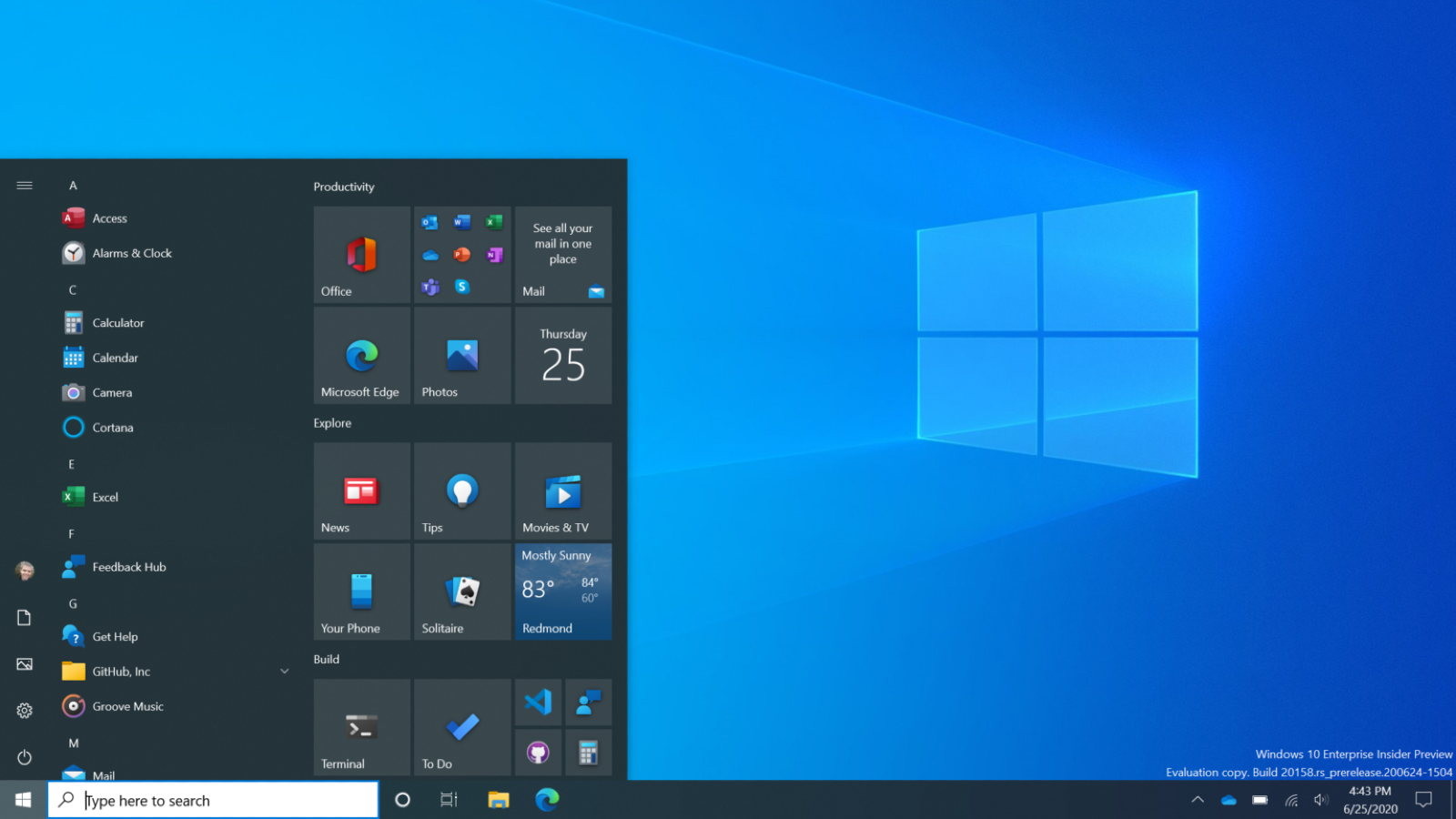 The Start Menu will also adjust according to any pre-installed themes downloaded from the Microsoft Store, such as the Pride 2020 Flags theme.

Previously, Microsoft encouraged its users to voice their opinions on the ‘modernization of the Windows experience’.

The associated five-second clip showed off a whole new set of icons, as well as indicating how the menu will transition between light and dark mode. The feedback has been broadly positive.

Created by the @Windows design team, this animated clip illustrates a sliver of the #UX evolution and modernization of the Windows experience. Let us know what you think in the comments below! pic.twitter.com/s4SVXncLEo

However, the most notable change is the refinements to Live Tiles. These were the defining aesthetic of Windows 8, and have been an ever-present in the Start menu since Windows 10 was launched in 2015.

While some people would like Live Tiles to be discarded altogether, Microsoft will focus on making them genuinely useful, avoiding the irrelevant information that is all too often displayed in the current version.

However, it’s worth reiterating Microsoft’s need to prioritise stability in upcoming versions of Windows 10. The operating system has been plagued with issues in recent months, leaving many users reluctant to keep their software up to date.

Windows 10’s position as the most popular desktop operating system is unlikely to be under threat anytime soon, but Microsoft must be careful it doesn’t prioritise cosmetic changes over an operating system that everyone can rely on.