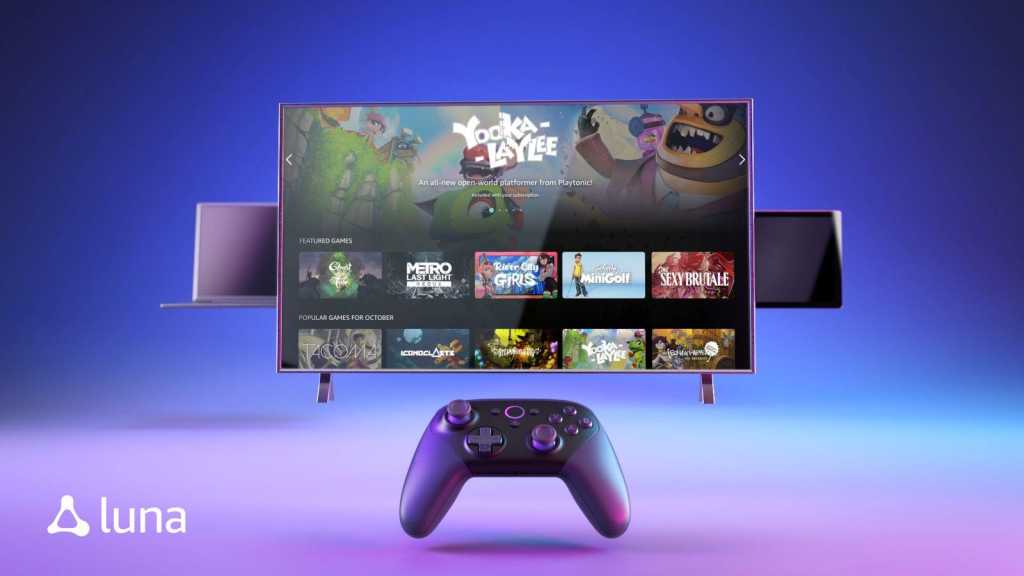 The reveal wasn’t a huge surprise – there had long been about the retail giant releasing a service to compete with the likes of Google Stadia, Xbox Cloud Gaming and Nvidia GeForce Now. Cloud gaming still plays second fiddle to PC and console gaming, but Amazon is one of a growing number of companies seeking to change that.

However, progress towards a widespread release has been slow. Luna was initially only available to those who received invites, and it remained in “early access” for almost 18 months. It’s finally available to everyone in the US, but there’s no word on a release elsewhere.

When was Amazon Luna released?

Luna was officially unveiled at Amazon’s event in September 2020, although the company didn’t say when the service will be widely available.

As it turned out, that would be almost 18 months later. Following an extended “early access” phase, Luna finally became available to the general public in March 2022.

However, it’s still limited to people living in the mainland United States. Amazon still presumably has plans to make it available elsewhere, but it’s not clear when that might.

There’s still no word on when it’ll be available elsewhere – that might depend on how it’s received by US customers.

How much does Amazon Luna cost?

Luna is available to everyone in the US, with a core Luna+ subscription costing $5.99 per month – that appears to be the regular price for now. A 7-day free trial is also available.

However, you don’t necessarily have to pay. Prime subscribers get access to some games completely free of charge – this is a rotating selection, so regularly changes. See the current selection on the Amazon website.

If the Luna+ and Prime Gaming line-ups don’t tempt you, there’s also the option to sign up to Ubisoft Plus. This costs $17.99 per month, but gets you access to high-profile titles like Watch Dogs: Legion, Assassin’s Creed Valhalla and Far Cry 6.

Both support up to 1080p resolution at 60fps, but you’re limited to one device at a time on Ubisoft+ while Luna+ supports two.

Other options include a subscription specifically for Jackbox’s party games ($4.99) and classic titles in the Retro channel (also $4.99).

There’s also a $2.99 Family Channel, which has a lineup of child-friendly games and supports local co-op. Each of these subscriptions can work independently or be combined – you no longer need to pay for Luna first to get Ubisoft+.

The Luna Controller, designed to be used alongside the service, is also now available for everyone in the US to buy. It usually costs $69.99, but is currently discounted to $49.99. Here, you’ll also find the option to combine it with a Phone Clip attachment ($62.98).

However, Luna does also work with the Xbox One controller, DualShock 4 (PS4), Razer Kishi or just a regular mouse and keyboard.

How to join Luna

Like the full Prime subscription, you can cancel at any time.

Remember, this is only available if you’re in the US – though you might be able to get around that requirement with a VPN.

What will I need to play Amazon Luna?

A key selling point of Luna is the ability to “play on the devices you already own”. So far, the service is available on PC, Mac, Fire TV, Android (though not all devices), and iOS – the latter via a web app. This is part of the ongoing early access period, with interested US customers signing up on the Amazon website and then being invited to play.

At the time of writing, the following Fire devices are compatible with Luna:

On the official support page, Amazon is encouraging users to make sure their devices are updated to the latest version of Fire OS.

All other devices are still in early access. Android support is limited to the following devices at the time of writing, though Amazon intends to widen support over time:

All Windows 10 devices with DirectX 11 are supported, while you’ll need a Mac from 2014 or later running at least macOS High Sierra. It is possible to run Luna via a browser, but Amazon warns that “gameplay quality and other features may not work as expected”.

In August 2022, Samsung also confirmed that Luna is available on Samsung Smart TVs and Smart Monitors released in 2022. This is via the company’s new ‘Samsung Gaming Hub’ platform.

On the iPhone and iPad, you do need to use Safari on a device running iOS 14.

However, there’s one requirement regardless of which device you’re playing on. You’ll need at least a 10Mbps internet connection, although Amazon recommends using an Ethernet cable or 5GHz Wi-Fi where possible.

While you can play Luna with a keyboard and mouse or any Bluetooth controller, Amazon is encouraging you to pick up the dedicated Luna controller. It looks almost identical to the one you’ll find on Xbox, and will likely provide a similar experience. However, the Luna Controller has extra tricks up its sleeve: Alexa integration and the ability to seamlessly move between devices. It currently costs $69, or $82.98 when bundled with a phone clip for on-the-go gaming.

There are already plenty of games to choose from when it comes to Amazon Luna+. Here’s the full list so far:

As Amazon announced at the 2021 Game Awards, they’re now joined by the following:

Plenty more games are available across the other subscriptions, all of which can be found on the Amazon website.

Alongside the lineup of games is integration with Twitch, the gaming-focused streaming service owned by Amazon. Within the Luna “experience”, players will see the option to watch a relevant Twitch stream, while there will also be the ability to start playing directly within the Twitch app.

Amazon has also revealed the Netflix-style user interface for Luna, which includes the aforementioned Twitch streams as well as relevant trailers and screenshots.

We’ll update this article as soon as we know more about Luna. In the meantime, check out our round-up of the best game streaming services to see what it’s up against.