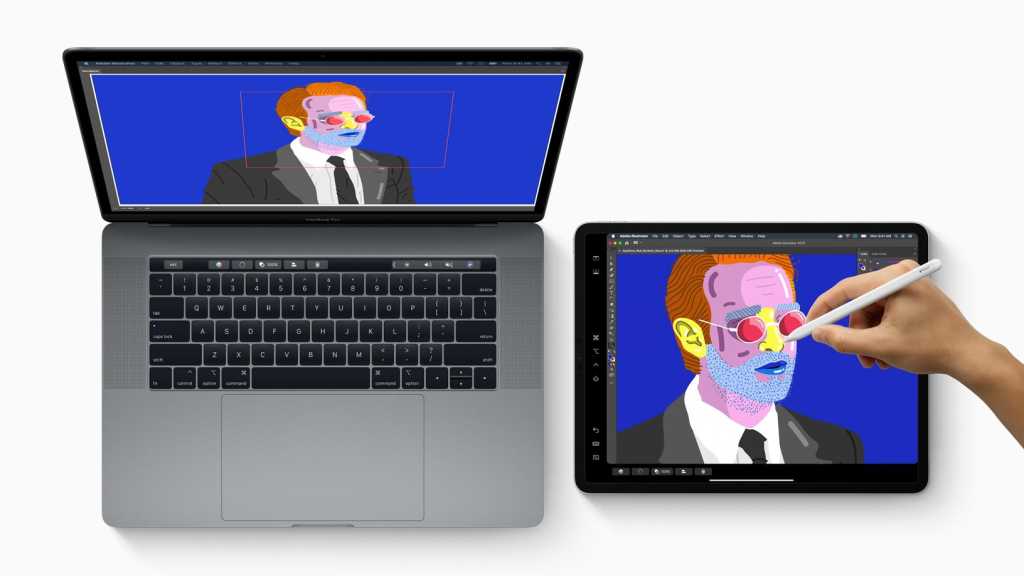 While you had to originally opt for third-party options if you wanted to use your iPad as a second screen with your Mac, the introduction of macOS Catalina changed everything.

The new operating system brought a number of improvements to the overall macOS experience, with Sidecar taking the centre stage for many Mac users. You see, Sidecar allows you to use any iPadOS 13-enabled tablet as a second display without the need for any cables, and it brings extended functionality too.

As well as extending and mirroring your Mac display, you can use the iPad as a high-end graphics tablet (as long as you’ve got an iPad Pro and Apple Pencil) and the virtual Touch Bar displayed on the tablet brings a feature previously exclusive to MacBook Pro owners to all Mac owners.

Here, we’ll explain all you need to know about using your iPad as a second screen for your Mac. If you’re looking for a solution for Windows, we recommend taking a look at how to use a laptop as a second display.

What you’ll need to use Sidecar

Like most things, there’s a catch; due to the hardware requirements, it’s not a universally-supported feature. If you want to use an iPad with Sidecar on macOS Catalina, you’ll need one of the following iPads:

And you’ll need a fairly recent Mac too:

How to use Sidecar on macOS Catalina

If your Mac and iPad are compatible with the Sidecar functionality of macOS Catalina, make sure that both devices share the same Apple ID login, and that the iPad is within 10 metres of your Mac. It might seem obvious to have a second screen nearby, but it’s still worth noting!

If you want to mirror your display instead of extending it, click the iPad icon in the top-right of the display (it’ll have replaced the AirPlay icon) and select ‘Mirror Built-in Retina Display’. 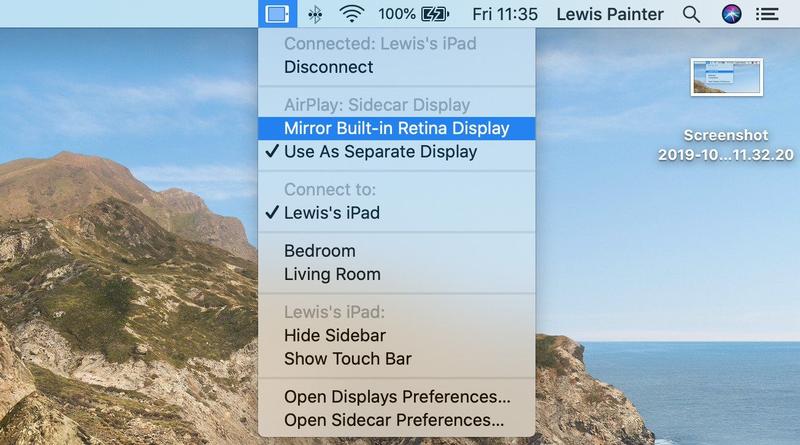 And, once you’re done using the tablet as a second display, click the iPad icon in the top-right of the Mac display and click Disconnect. It’s that simple!

What if I don’t have macOS Catalina or supported hardware?

Sidecar in macOS Catalina is a game-changer for Mac and iPad owners, but what if your current hardware doesn’t support Sidecar? Or what if your Mac isn’t able to upgrade to Catalina? The good news is that there are third-party options available, but these vary in quality.

One of the best options that we’ve personally used is Duet Display. It was developed years before Sidecar made its debut and was created by a team of ex-Apple engineers, offering a way to use any iPad as a second screen on any Mac running 10.13.3 or earlier, and any PC too.

Unfortunately, macOS 10.13.14 broke some of the DisplayLink functionality that Duet relies on, and didn’t fix the issue until the release of macOS 10.14.2, so you’ll have to upgrade to 10.14.2 if possible. Duet covers this in more detail on its site, and if you’re interested, you can grab Duet Display on the App Store for £9.99/$9.99.