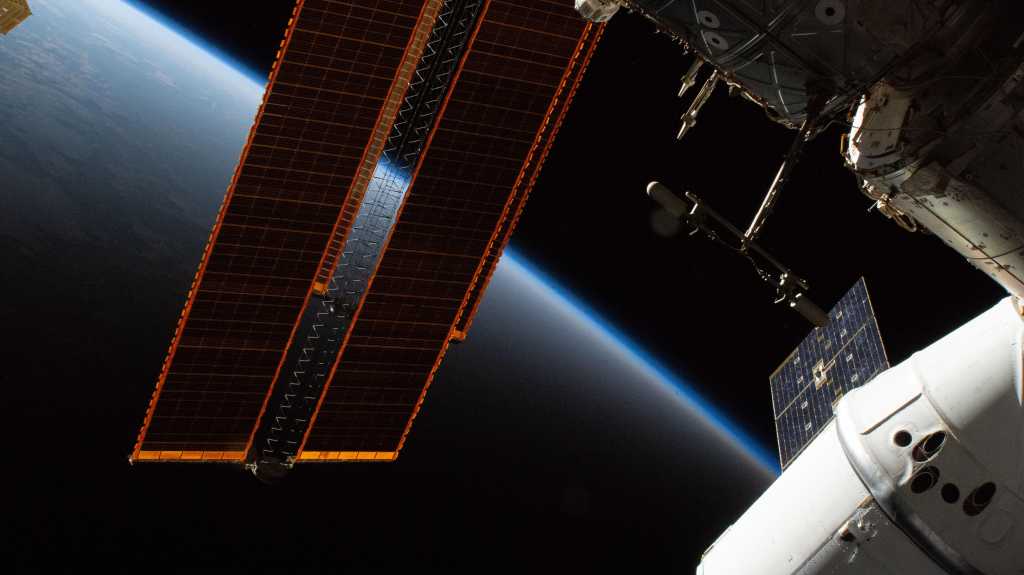 NASA’s International Space Station (ISS) has been orbiting the Earth for more than 21 years, and currently has three astronaughts on board. You can see it soar through the sky on a clear night from your own home using these handy tools.

The ISS is actually really easy to spot when you know how, so many adults are surprised that they’ve never seen it before. It can be seen wherever you are in the world. The elements and timing need to be just right in order to get a good sighting, but throughout the year there are many chances to get a glimpse of it.

It’s the third brightest object in the sky at night, and at first glance you might think it’s a plane flying overhead. It’s much higher and faster than a plane, though, and has a constant light rather than blinking or flickering. It’ll move in a steady curve from one side of the horizon the other.

In recent years, parents have been encouraging their children to look at the night’s sky on Christmas Eve to look for the ISS, convincing them that they’re actually seeing Santa’s Sleigh.

Now that you know what you’re looking for, you’ll need the tools to help you figure out when and where. You can use an ISS tracker app on your phone to do so, and we’ve picked out the best.

How to spot ISS on iPhone 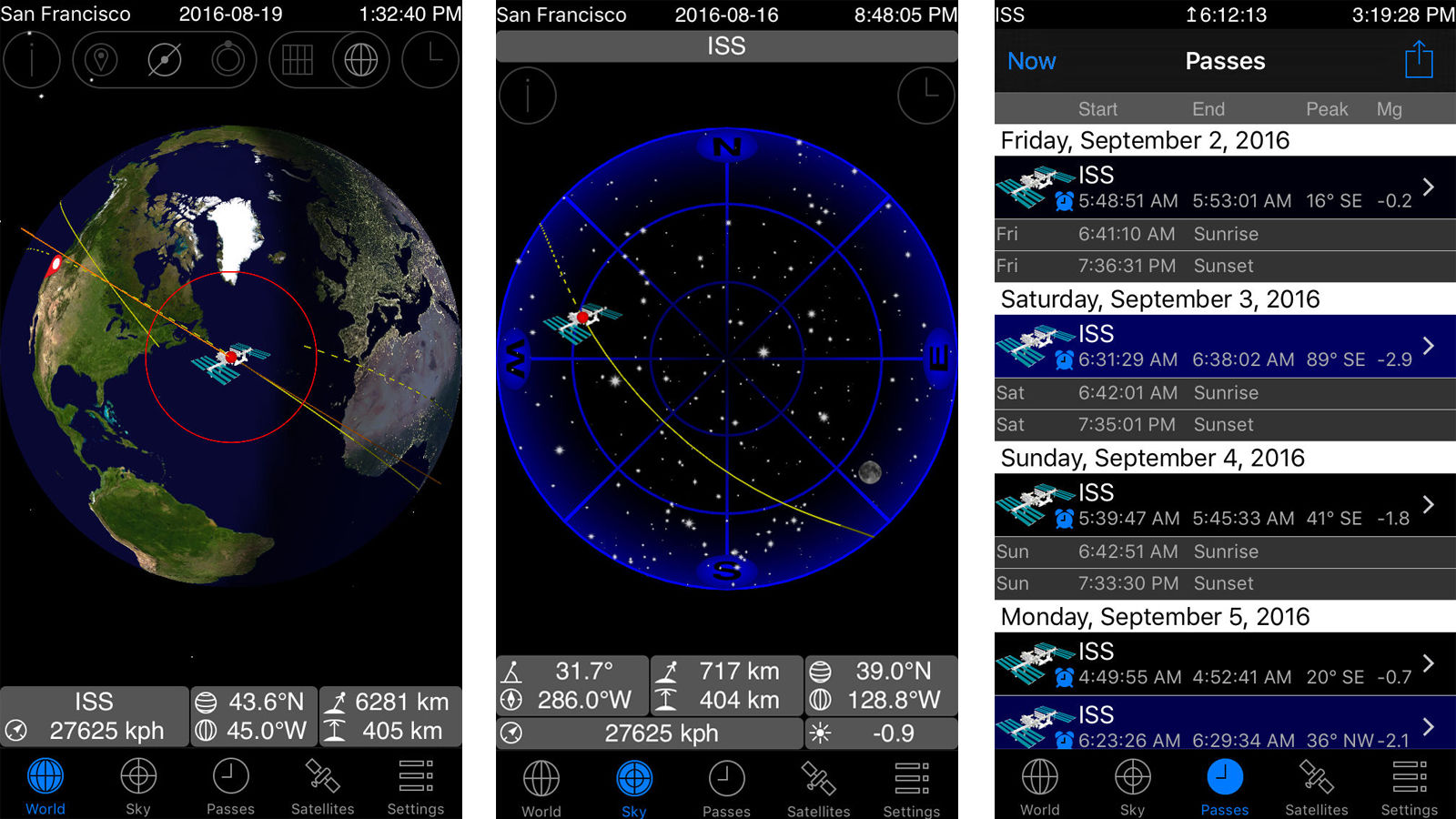 It’s a simple app, but GoISSWatch is our tracker of choice for iPhone. It’ll use your location to work out when the next visible ISS passing will be, and can alert you around five minutes before it’s due to appear.

You can then use the Sky function to see a tool that uses your iPhone’s compass to help you work out which way to face for the best view of the ISS when it appears. 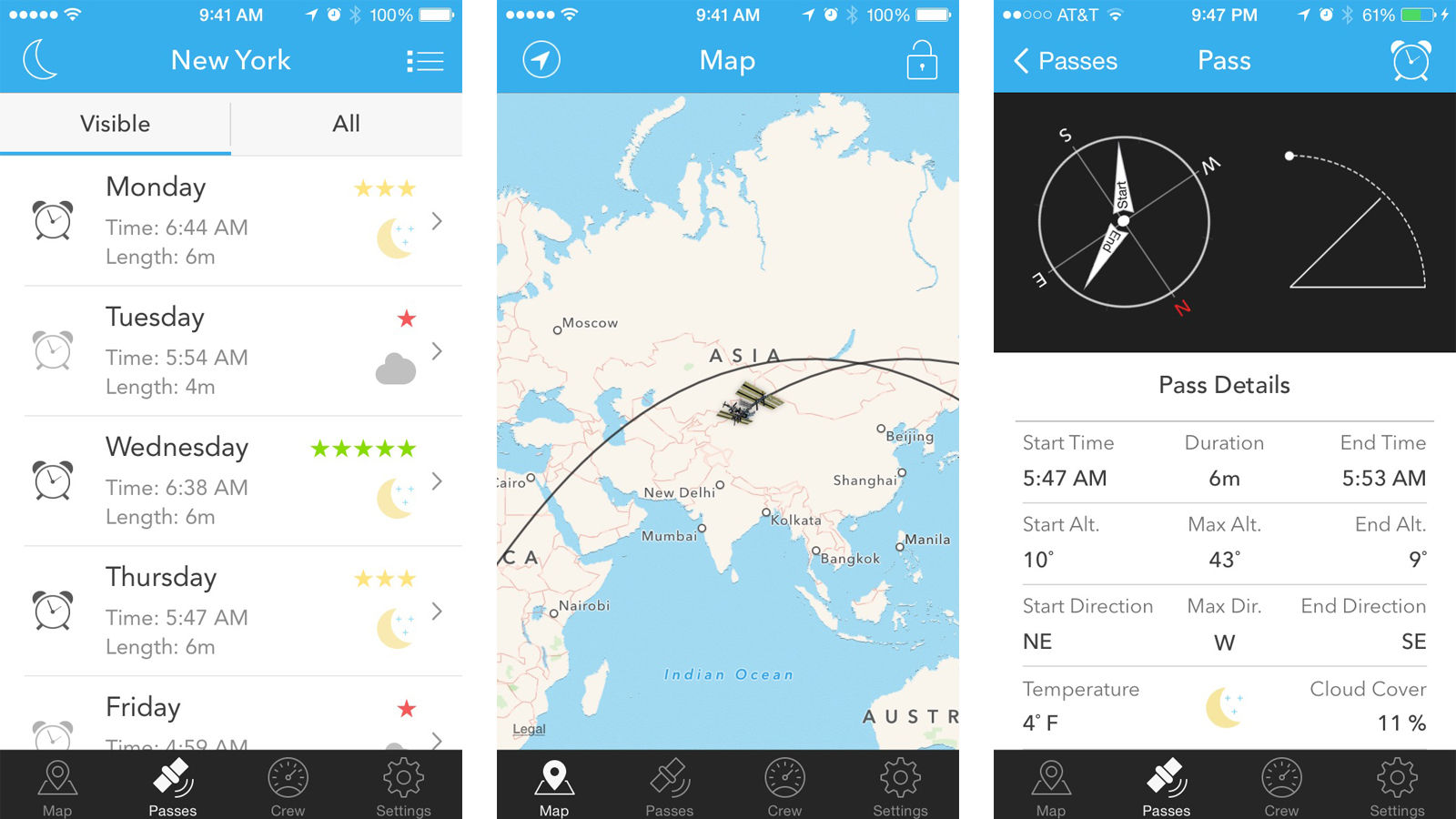 ISS Finder has a few more bells and whistles than GoISSWatch, including weather predictions and information about the crew, but we find it a little more tricky to use when it comes to actually spotting the ISS as it passes. It’s also free, so it’s worth giving it a go if you’re not keen on the slightly more dated design of GoISSWatch.

How to spot ISS on Android 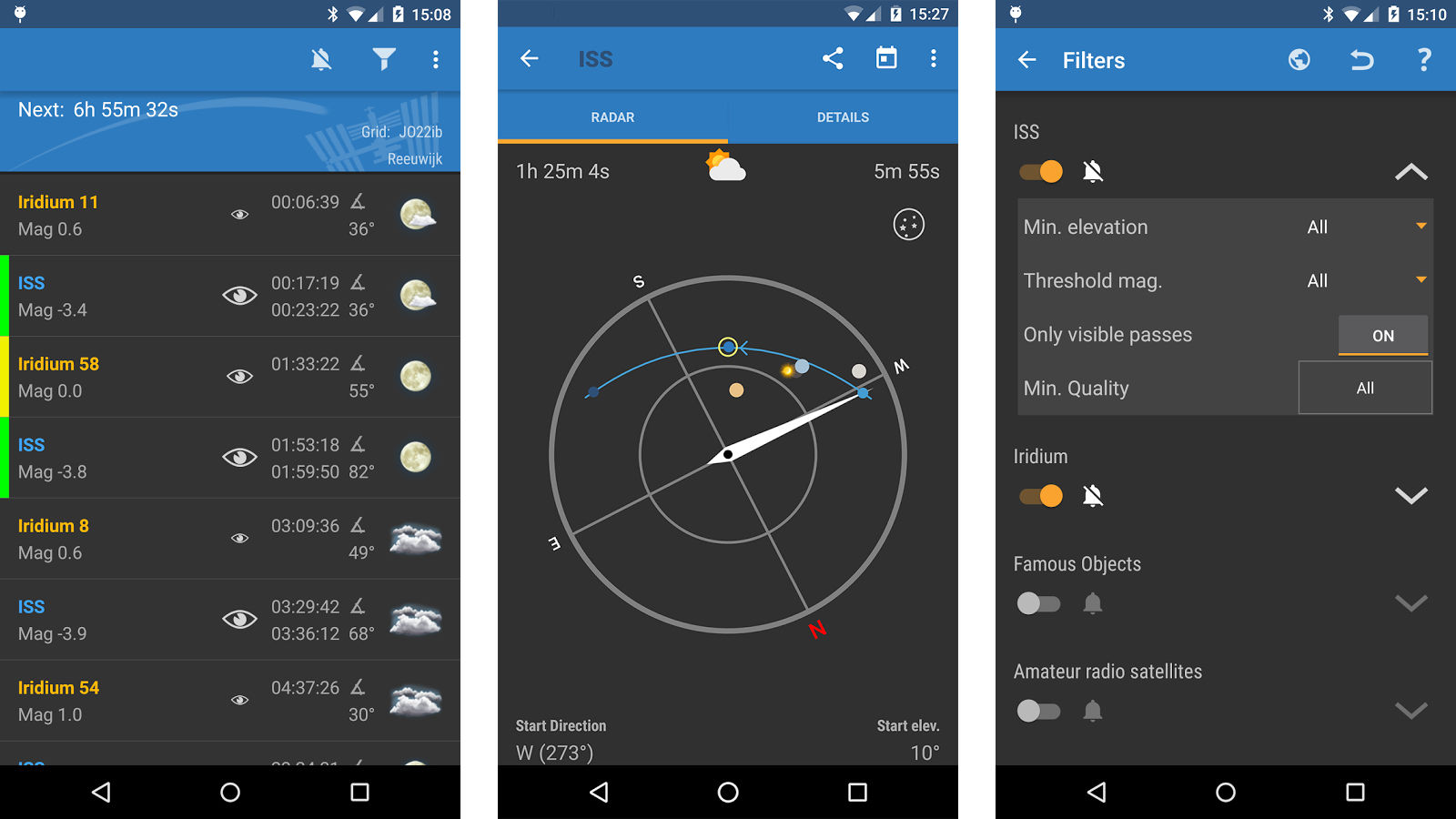 Neither GoISSWatch nor ISS Finder are available on Android, but a good alternative is ISS Detector.

It combines elements from both iPhone apps, including the weather predictions and the easy to use compass tool.

Its customisable alerts are handy, too.

It’s a free app (with ads and in-app purchases) available from the Google Play Store here.

Alternatively, NASA’s own dedicated website can help, and you can sign up for email alerts or text messages there.