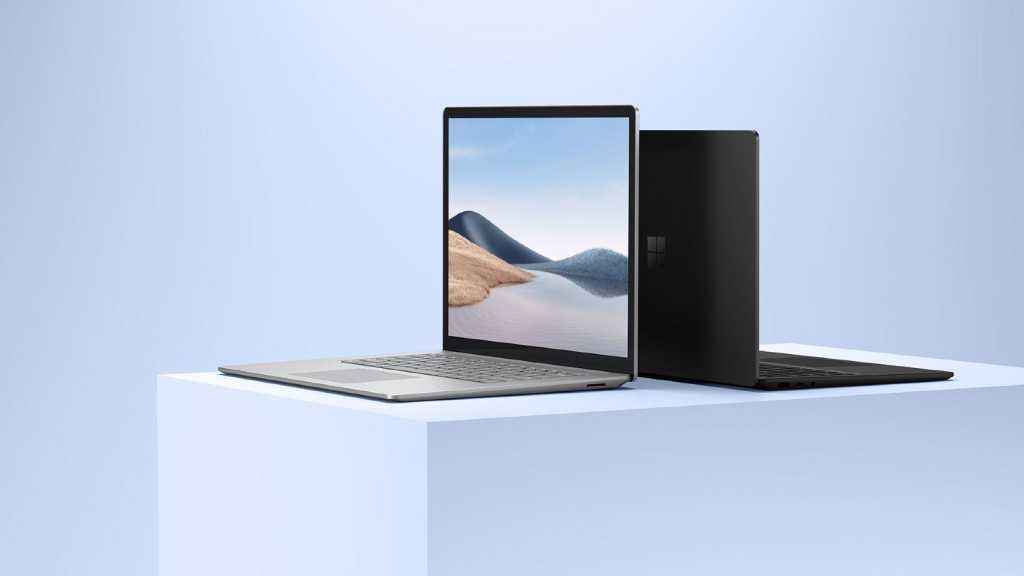 With so much attention on the Surface 2-in-1s, it can be easy to forget how accomplished Microsoft’s traditional clamshell laptops are. The Surface Laptop line has been extremely well received since launching in 2017, providing a lightweight alternative to the high-end Surface Book.

Microsoft recently announced its fourth iteration, known (perhaps unsurprisingly) as the Surface Laptop 4. It comes sporting a handful of upgrades over 2019’s Surface Laptop 3, although the core design and build is extremely familiar. Here’s everything you need to know about the new device.

That schedule was upended in 2020, presumably due to the pandemic, meaning we didn’t see a successor in the usual October slot. Microsoft ended up announcing the Surface Laptop 4 on 13 April 2021, continuing its recent theme of event-free launches.

The device officially went on sale from 27 April, via the Microsoft Store and a number of third-party retailers. To learn more, check out our guide on where to buy the Surface Laptop 4.

The Surface Laptop 4 starts at the same £999/US$999.99 as its predecessor, although there are some key things to be aware of here.

Firstly, that starting price refers to a 13.5in variant powered by AMD silicon, with Intel-powered devices available from £1,269/US$1,299.99. As you might imagine, the 15in model is more expensive – expect to pay at least £1,299/US$1,299.99, with these more affordable devices again using AMD Ryzen processors. More information can be found below:

It’s worth noting that the AMD Ryzen ‘Surface Edition’ here is based on 2020’s Ryzen 4000 series and not the more recent Zen 3-based Ryzen 5000 series. That explains why the AMD versions are significantly cheaper than their Intel counterparts, which use the latest 11th-gen Tiger Lake silicon.

The Surface Laptop 4 has very much been build in the mould of its predecessor. It doesn’t come with the new design language long-term fans of the line might have been hoping for, but there are some key upgrades to talk about here.

Among the most notable is a move to 11th-gen Intel chips, with i5 and i7 variants available once again. However, AMD’s influence is more widespread now, with Ryzen ‘Surface Edition’ processor available on both 13.5in and 15in models for the first time. However, these are Ryzen 4000 Series chips and not the most recent Ryzen 5000 series. As mentioned above, that makes AMD-powered models significantly more affordable than their Intel counterparts. Across both screen sizes, you get a choice of 8/16/32GB RAM and a 256GB/512GB/1TB SSD.

Microsoft claims these internal upgrades will improve performance by up to 70% over the Surface Laptop 3, but it’s impossible to verify that claim even with some hands-on time. Improved power efficiency will supposedly have a big effect on battery life, too, with 13.5in AMD models capable of up to 19 hours on a single charge. That drops down to 16.5 hours on the most power-hungry 15in Intel model, but it’s a big improvement on paper.

Many of the other key features are identical to its predecessor. You get the same port selection – 1x USB-C, 1x USB-A, 3.5mm headphone jack and Surface Connect for charging – that means there’s still no Thunderbolt support. It does retain the removable SSD from previous generations, though.

With so much work and education taking place remotely over the last year, Microsoft is advertising the Laptop 4’s video calling features. However, the device’s ‘HD camera’ is still 720p, while ‘Studio Mics’ were already available on the Surface Laptop 3.

Check out the best laptop chart to see what the Surface Laptop 4 will be up against. We also have a separate guide to the best Microsoft Surface.