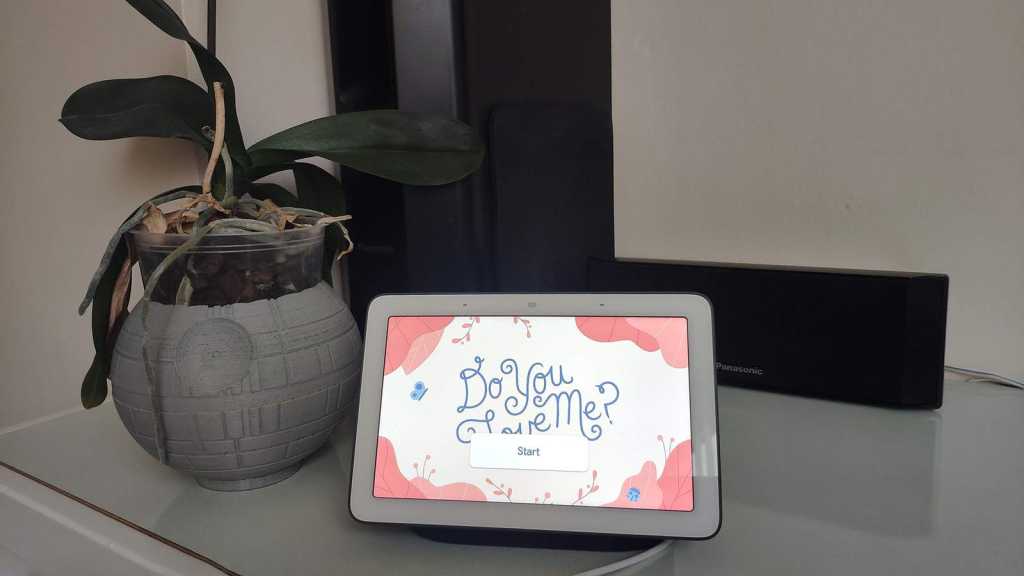 The Google Assistant never fails to keep us entertained. Almost certainly built into at least one device you have at home – whether it be your Android smartphone, Google Home/Nest speaker, tablet or smartwatch – Google’s quirky personality will ensure you are never alone. Below we’ve compiled some of our favourite games you can play using Google Assistant, alone or with friends.

Now, we’re not going to lie, some of the games you can play on Google Assistant really aren’t very good. The vast majority take the form of short quizzes, and if you’re viewing on a smart display you’ll notice they can be littered with spelling mistakes. We also found games like Classic Hangman a nightmare to play when it was unable to recognise our pronunciation of simple things like the letter E.

And then there’s the fact that some games seem to come and go, some don’t work in all regions, and often when you’re trying to call up a game it will instead start playing a random YouTube video or a song on Google Play Music – the Dustin From Stranger Things game is a good example here, and if you don’t first say “Hey Google, I want to play a game” it will instead start playing highlights from the TV series on YouTube.

There are various ways to find games on Google Assistant, which complicates things and makes round-ups such as these all the more useful (if we do say so ourselves). You can say “Hey Google, entertain me” and it will offer up a list of five games, two of which don’t work. The other three, Strangest Day Ever, Jungle Adventure and World Foods Trivia, seem to work okay.

You can also say “Hey Google, I want to play a game” and it will offer up around 20 suggestions, mostly trivia games and only a handful that are worth playing.

The other route is to tell Google directly which game you want to play, but this requires you to know it exists in the first place. In some cases you will need to tell Google to talk to that app, as is the case with The Vortex – “Hey Google, talk to The Vortex by Doppio.”

So, with all that in mind, we’ve hand-picked a small selection of the Google Assistant games worth knowing about – and explained how to access them.

In truth, the setup process of this game, requiring us to first select one of five stories, then provide 18 nouns, plural nouns and adjectives, meant we nearly gave up before we got anywhere with it. We’re glad we persisted. Not only is it a good way to get kids to know their adjectives from their nouns, but had we given up we wouldn’t have been able to enjoy this little beauty:

“Emperor penguins are hands-on llamas, too. After the mother lays a potato, the dad carries it in his pinky, to keep it scary and warm while she goes off to look for snakes to eat. He holds on to the umbrella throughout the cold, queasy winter.”

“Hey Google, talk to the Akinator”

The Akinator is not a new app, but it never fails to impress us. This game will drive you mad trying to outsmart it – has anyone ever succeeded?

The Akinator is a genie who claims to know what you are thinking. You think of a character and then answer its questions when prompted. The Akinator will correctly guess that character. Every. Single. Time.

This silly game requires you to have an incredible memory. It plays a couple of sounds and asks you to associate them with completely unrelated words. Then it adds more and more random sounds and words, and you get more and more flustered trying to remember them all. This has got to be brain training at its best.

One for Disney lovers, this charming trivia game is hosted by Mickey Mouse and you get to pick one of his mates – Minnie, Goofy, Daisy or Donald – to be on your team and give you the answer should you get stuck.

Another trivia game, this one’s pretty short, but kids who love the the movie will love the app, since you basically just get to have a chat with Ralph, tell him his breath smells, or whatever… the conversation goes differently every time.

Are You Feeling Lucky?

Google Assistant’s own game show is a quiz game you can play with up to four other members of your household. We played alone; she called us Bubbles. We got one wrong, but Google Assistant was proud of us anyway.

A game for one to four users, if you’re alone Google will match you to a random opponent elsewhere in the world. You choose a decade, and it then plays seven clips from songs of that era, giving you 10 points if you correctly guess the artist, and a further 10 for the song title. If you think you know your music, now’s the time to prove it.

A time-killer if you’re bored, this is in essence a digital version of those magic 8 balls we all had as kids. Ask it a question and it will give you a random answer, such as ‘Outlook not so good’ or ‘You may rely on it’. If it tells you what you want to hear, no doubt you’ll love it.

Do You Love Me?

“Hey Google, play Do You Love Me?”

In truth, there isn’t a lot of game to this game, but after answering three simple questions Google will say some lovely things about you, and might just give you that little pick-up you need when you’re feeling lonely. And only Google can pass off calling you a bike as a compliment…

Google says the sweetest things: “You’re like a bike, and I’m like the kickstand. Lean on me, friend. When it’s time to make plans, whether you’re trying to spell chateau, looking for recipes, or other necessities, I’ll plot out your ride and stay by your side. If you have any questions I’ll always reply.”

For more hilarious things you can do with Google, check out our guide to 150 funny things to ask Google.

Alexa has some games to play at home, too.