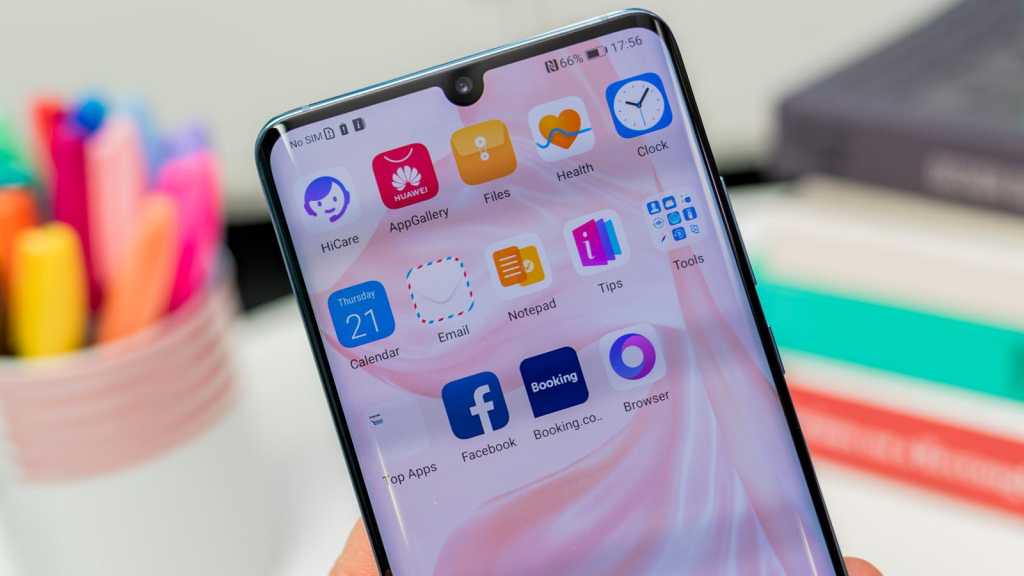 Due to the ongoing trade issues between the US and China, AppGallery is Huawei’s answer to Google Play. It’s not a new app store – it’s hugely popular in China, where Google Play isn’t available – but for anyone with one of Huawei’s new phones, including the Mate 30 Pro and P40 5G it will be the first time they will have heard of the Huawei-owned app store.

The company has worked hard to populate AppGallery with apps that we use in the west. There are currently over 2.9 million apps available via AppGallery, with Huawei claiming to add around 6000 new apps every single day. Of course, it’s not about quantity: most people only have 80 or so apps on their phones. But the effort is good to see nonetheless.

Huawei says it’s working with top app developers to bring more apps to AppGallery, and with the likes of Epic Games, Snapchat, Microsoft Office and TikTok all now available to download. The company has said it also wants to support smaller app developers, helping to get their apps out to a global audience.

It’s doing this by offering tempting revenue splits which give developers more than they get in other app stores.

AppGallery itself isn’t a bad app store. It features ranked lists, user-generated app suggestions and even Huawei Quick App support, a feature that allows you to use select apps almost instantly after tapping on them. As well as being near-instant to download and open, these apps are much smaller than conventional apps in terms of storage space, meaning you can install more without too much of an impact on overall storage.

We just need to wait for developers to port their apps over, that’s all. With that being said, let’s take a look at the best apps available in AppGallery and how the selection compares to Google Play.

The biggest question surrounding Huwaei’s AppGallery is “Does it have the apps I need?” and while, as we explained above, Huawei is putting a huge amount of effort into persuading app developers to make their apps available, it’s not quite there just yet. Also, don’t expect to see anything Google-owned, like YouTube, because these require Google Play Services to operate.

To see how things stand right now, we looked at the top 25 apps available on the UK Google Play store and then checked if an equivalent is available on AppGallery. And the results aren’t great.

Interestingly, Huawei has started to add links to publicly available APK files or popular apps such as Facebook and WhatsApp, allowing you to side-load the apps via your smartphone browser while Huawei waits for the developers to officially make the apps available on AppGallery. This makes sense in the short term, providing consumers with a way to access the apps they use most, but there are downsides: namely the lack of updates you’ll receive.

Apps natively featured in AppGallery are updated whenever the developers provide new versions, which can be security patches and to add new features, but apps installed via APK won’t get the same update treatment – you’ll have to update it manually by downloading and reinstalling a newer APK. It’s a workaround, but it’s far from ideal for the everyday consumer.

There are also a handful of app listings in AppGallery that simply redirect you to the mobile site of the app in question. Again, like the sideloading APK method, it’s a workaround, but the lack of notifications and other functionality means the apps – or should we say sites – aren’t as useful as they would be on a Google Play-supported smartphone.

However, that situation is changing, and Huawei’s AppGallery is slowly becoming home to more popular Western apps. 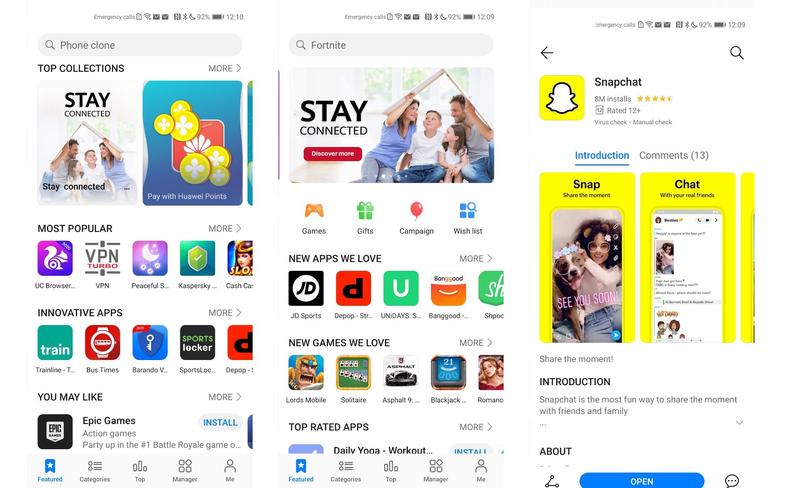 While it can’t quite compete with Google Play right now, the AppGallery collection is expanding and there are a growing number of popular apps being added to the service. Here are our top picks of those available right now, and we’ll keep on top of this list as more apps appear.

Oh, and there are some great games available too:

It’s clear that the tides are slowly turning for Huawei and the AppGallery, with 2020 set to be a crucial year for the future of both in the Western market.

For more on Huawei take a look at the best Huawei phones, and we recommend our selection of the best Android phones for Google Play-enabled options.