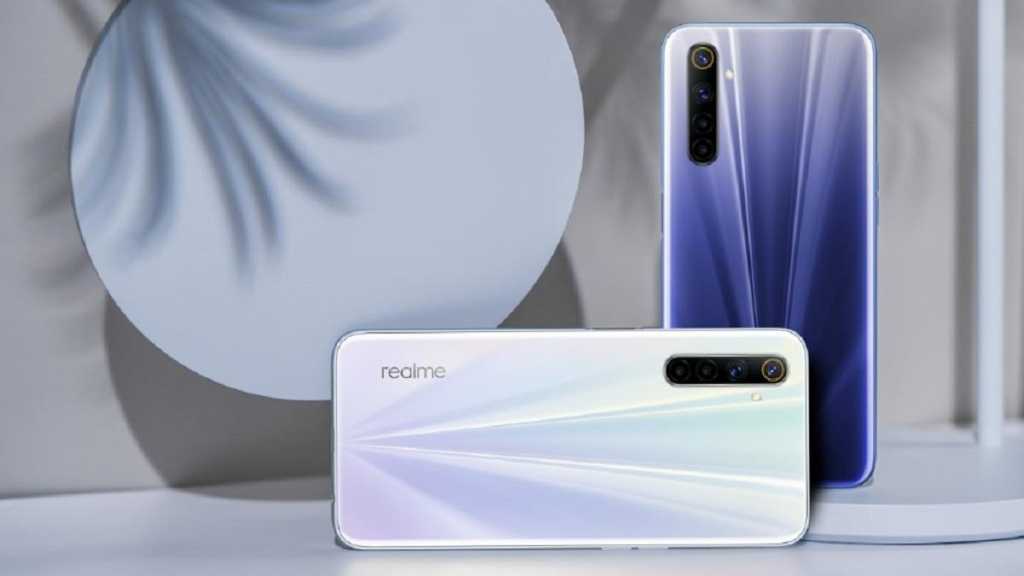 Realme has started to make something of a name for itself outside of its native China and following on from the X50 Pro 5G launch, we have three new Realme 6 Android phones, with two that are seemingly identical.

It’s hard to choose between two phones that look the same so what is different between the Realme 6i, the regular 6 and the Realme 6 Pro?

Despite some impressive specs, the Realme 6 range is incredibly affordable starting at just £189 in the UK. The Realme 6 will arrive on 9 April via the official store and Amazon.

The Realme 6i has a 20 April release date from those same retailers, while the Pro arrives on 5 May.

You can see the details below for individual models coming to the UK:

Check out our list of the  best budget phones.

Oddly, there’s not actually not a very long list of differences between the Realme 6 and the Pro model. The latter is namely more powerful and has a more impressive set of cameras while the 6i is more distanced.

At the rear, these two phones have three common cameras. A 64Mp main sensor, 8Mp ultrawide angle and a 2Mp macro lens. The Pro swaps a simple depth sensor for a 12Mp telephoto lens with 2x optical zoom making it more versatile.

The cheaper 6i has three of the same cameras when compared to the regular 6 but swaps the 64Mp main sensor for 48Mp one, still with an impressive f/1.8 aperture. Note that it’s limited to 1080p video recording while the others can shoot in 4K.

At the front, they all share a 16Mp selfie camera but the Pro has an additional 8Mp ultrawide lens too.

Pro models are often much speedier than their little brothers but that’s not what we’ve found in early testing.

The Realme 6 has a Mediatek Helio G90T processor while the Pro gets Qualcomm’s Snapdragon 720G. They’re both octa-core chips, but the Pro model only scored 4 more points in Geekbench 5’s multi-core test.

The Pro gets you 50% more RAM at 6GB at the base model, but both are available with up to 8GB.

Key differences aside, we’re left with a few minor details such as the Pro having a 6.6 inch screen – only 0.1 inches larger than the regular model. Otherwise, they both have IPS LCD panels with a Full HD+ resolution and 90Hz refresh rate.

The 6i has a 6.5in display with a lower HD+ resolution. It still offers an IPS LCD panel but doesn’t have a 90Hz refresh rate.

A small detail that might tempt some users is the Pro’s ability to handle High-Res audio at 24-bit/192kHz.

You’ll be able to tell which Realme 6 is which by quickly looking at the colour. The regular is available in Comet Blue or Comet White while the Pro comes in Lightning Blue and Lightning Orange.

The 6i has a striped back and comes in White Milk or Green Tea colours. It’s also recognisable by the rear fingerprint reader and teardrop notch.

All three are splash resistant, but the Pro is the only one to come with a glass back.

Which Realme 6 should I buy?

As usual, it’s a tricky thing to say outright which phone to buy. The Realme 6i looks like a real bargain and even has more storage and a larger battery than the regular model at its base price.

However, it misses out on things like a 90Hz high-res screen, some camera tech and 30W charging. That’s not bad though when you consider the extra £50 to get the same amount of storage.

With the Pro coming in at £299, there’s very little reason to buy it over the regular 6. It’s largely a case of whether you really want a telephoto camera and an ultrawide option at the front. For most people, we’d recommend saving some money and getting the regular 6.