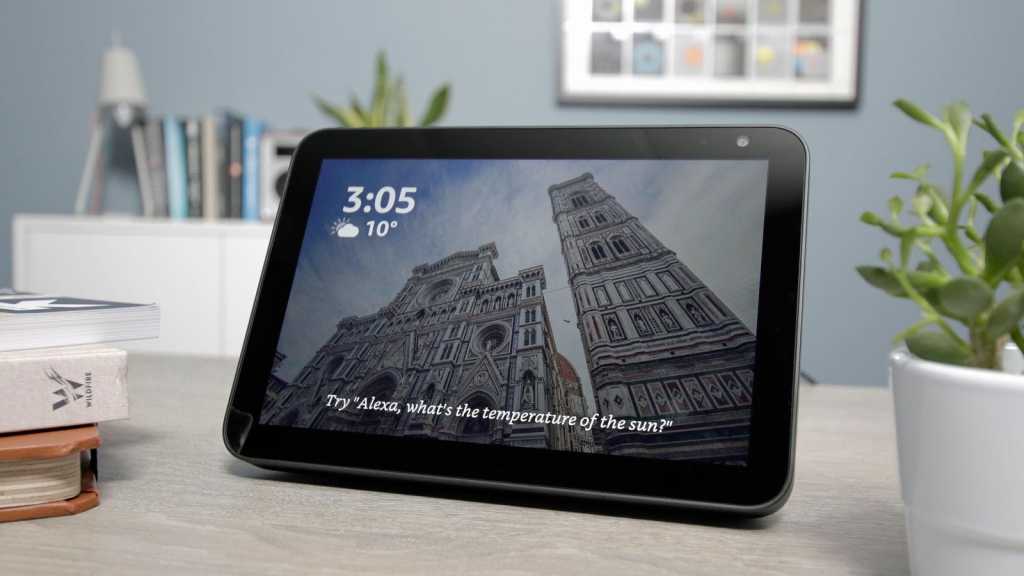 What games can Alexa play?

Thanks to Alexa’s ever-growing library of Skills, there are dozens upon dozens of games you can play with any device that has Alexa. You don’t even need an Amazon Echo, though the hands-free aspect makes it a whole lot more convenient than simply using the Alexa app on your phone, though that will work too.

And there really is a huge breadth of choice, from the basics such as tic tac toe and rock, paper, scissors through to interactive stories including Sherlock Holmes: The Great Game.

If you prefer, there are TV quiz-style games such as Tenable, which work best if you have an Amazon Echo Show, as the on-screen graphics can help you keep track of your progress.

Whatever age you are, here are the best Alexa games that you can play today.

If you want Alexa to suggest a game, just say, “Alexa, play a game.”

Note that some games are ‘built-in’ and don’t require you to enable a Skill. But others (including Simon Says) have to be enabled first, otherwise they won’t work. To enable a Skill, open the Alexa app on your phone, tap the three lines at the top left and tap on Skills & Games.

Find the game you want, and tap the ‘Enable to use’ button.

Once enabled, say “Alexa, play Simon Says” and she will give you instructions. Obviously, only do them if she precedes the instruction with Simon Says.

If you don’t enable the Skill, Alexa will simply repeat whatever you say if you say Simon Says first.

The classic game is very simple on Alexa. Just ask her to play rock, paper, scissors and she will start a countdown, after which she will announce which one she has picked.

She won’t listen to your choice, nor tell you who has won, so you’ll need to know which item beats others.

Pointless is an English TV game show. And in the Alexa version you can join the usual hosts Alexander Armstrong and Richard Osmand in this fun game.

Alexa plays the the co-host and will ask if you want to see correct answers after each question or not.

If you’re unfamiliar with the premise, the aim is to score as few points as possible by thinking of an answer that no-one else has.

Another British game show, this time hosted by Warwick Davis. The aim is to get as many of the top ten answers as possible for any given question.

For example, a question could be “Name ten films starring Tom Cruise”. And, in a similar but opposite way to Pointless, you’re trying to come up with the ten most popular choices.

This one works particularly well on an Echo Show.

Another classic game which can be played with Alexa. You can play with one more people, and you answer Alexa’s questions with either True or False.

Each round consists of five questions of general knowledge and, who knows, you might even learn something.

This is an official Skill from Pottermore and Audible, and uses extracts from the audiobooks read by Stephen Fry. A must for Potter fans, you get three new questions each day and you can choose between two difficulty levels: OWL or NEWT.

Up to three people can play in each household, and progress is remembered between games.

The questions cover quotes, characters, spells, creatures, objects and potions from the books.

This is a skill which needs to be enabled first, and works great on an Echo speaker: no screen needed.

Another classic, Alexa will try to guess your animal, mineral or vegetable by asking you a series of 20 questions.

The game is pretty smart, but doesn’t know absolutely everything. Also, it’s not interested in what you were thinking of if it can’t guess within the 20 questions.

If you can’t track down a real pack of cards, Alexa can be your virtual dealer. She will announce your cards, and her face card. As in the real game, you can stick or twist (“hit” or “stand” in this version) and you start with 100 virtual coins that you can use for betting.

A fun way to while away 10 minutes… or longer.

One of the best choose-your-own adventure stories on Alexa, well, a collection of 11, in fact. This is a great game for kids, where they can help a princess find her crown, take a forest path in the mountains and help a gnome find the key to his home and search for a wizard in his tower, repair his mirror and collect his wand.

A great one for kids on their school holiday. Each round consists of five questions, all of which are multiple choice. They can range from capital cities  and capitals of US states to languages spoken in certain countries and other questions such as “which country has the second highest life expectancy in the world?”.

A music game where you try and name a song before the intro finishes. You can play on your own or with friends. The aim is to name both the artist and song title.

There are daily challenges, and you can optionally play with Echo Buttons so there’s no arguments about who buzzed in first.

The ‘greatest hits’ and  ‘today’s hits’ are free, but you can upgrade to the Unlimited version, which is a subscription service if you want more.

Real-life escape rooms are great fun with friends, and there are plenty of PC and mobile escape room games. But with this Skill you can play with Alexa. Using just Alexa’s descriptions, you must navigate around the room, find and interact with objects in order to escape.

There are four rooms to choose between, too.

To start a game, say “Alexa, open Escape the Room”.

Yet another TV quiz which has been remade as an Alexa Skill, though unofficially this time. Your aim is to pick from the 20 available cases, each containing different amounts of money.

Initially your task is to remove the lowest value cases from the game, after choosing a case you hope has the highest value.

The Banker will offer you a deal, based on the value of the cases left. Once you agree to a deal, your original case is opened and you win the – sadly, imaginary – money inside it.

Alexa will ask you ‘quirky’ questions and you have two pick between two choices. If you want to play with your kids, then ask Alexa to play the Would you Rather for Family version to avoid any questions that wouldn’t be suitable for young ears.

There are other games you may want to try out including Trivial Pursuit Family Edition, Pub Quiz, Easter Quiz and Akinator (an enhanced version of 20 Questions). One that we originally intended to include here, Jeopardy!, has been spoiled by recent updates along with the incessant nagging to pay a subscription, so it didn’t make the list.

You can also choose between various bingo Skills, but you’ll need one where you can download the necessary bingo cards and print them out. Bingo Fun is one such Skill.

You might also like to know what weird things you can say to Alexa and, if you’re stuck at home for a long period, there are lots of workout Skills to help you stay in shape, including the Body Coach skill.

Google Assistant has some great games to play, too.