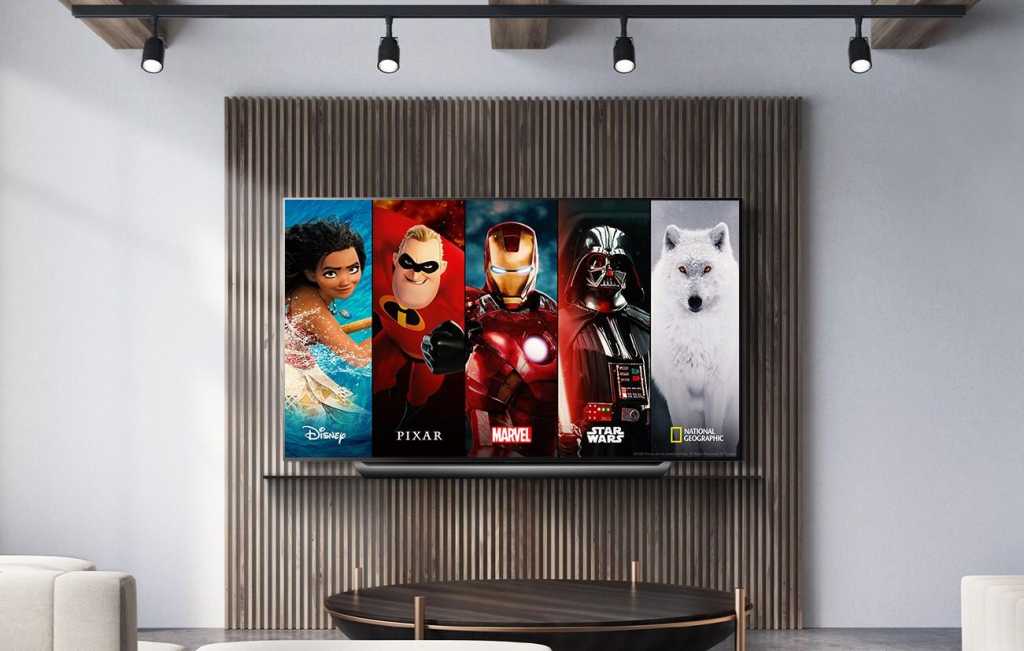 Disney Plus has come along at just the right time with most of the UK stuck at home needing more entertainment than ever. But can you get the Disney+ app on your smart TV? We take a look at which models are compatible.

There’s a lot to know about Disney+ and you can read about things like pricing and what movies or TV shows are available. You can find that out in our main article but it’s little complex when it comes to which TVs the streaming service is available on.

Here we’re going to look at which manufacturers are offering the app, and where possible, which models. You can also get it on Sky Q but there are some complications.

If you have a Samsung TV from 2016 or later with HD video support with a Tizen OS, then you can get Disney+.

Note that you can’t get Disney+ on any Samsung smart TVs running Orsay OS or the built-in web browser.

Samsung recommends you update the TV to the latest software and use a high-speed internet connection.

If you have an LG TV then you’ll need a model from 2016 or later running WebOS 3.0 and above. If so, go to the LG Content Store and download the Disney+ app.

Note that Disney+ is not supported on LG Netcast TVs or via the Web Browser app.

If you have a set running Android TV then there’s a good chance you can watch Disney+.

You can install the app from the Google Play Store with a recommended OS version of 5.0 Lollipop or later along with high speed internet.

Android TV is available from a number of different TV makers including Sony, Sharp and Philips. It’s also available on set-top boxes which use Android TV, including Nvidia Shield TV and the Xiaomi Mi Box.

You can easily get Disney+ on Roku streaming players and sticks but there are also smart TVs that run on the Roku OS. Simply find it in the “Movies & TV” category of the Roku Channel Store.

The good news is that the app supports 4K Ultra HD and Dolby Atmos content on Disney and it’s available on ‘hundreds’ of Roku TV models.

Manufacturers include Element, Hisense, Hitachi. JVC, Philips, Sanyo and Sharp. If you’re not sure if your TV is compatible, look for Disney+ in the Channel Store.

You can also find it in the Roku online store.

Looking for a new TV? Check out the models in our best TV chart.