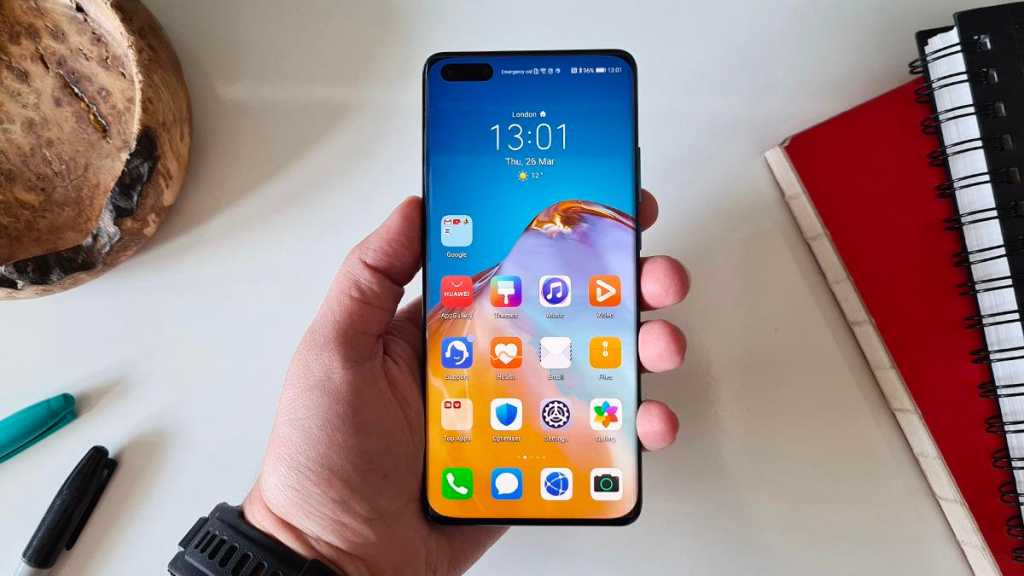 The global population may be staying indoors to help quell the spread of COVID-19 but for some companies, the show must go on. In Huawei’s case, that means 26 March marks the launch of its new flagship P40 Series smartphones.

Despite the name, the Huawei P40 Pro is no longer the head-honcho of the P-Series family, that title now falls to the new Galaxy S20 Ultra-rivalling Huawei P40 Pro+. That said, it’s still fair to look at the P40 Pro as the direct successor to Huawei’s best phone of 2019, the Huawei P30 Pro.

See how the new Huawei P40, P40 Pro and P40 Pro+ compare to see which one might best suit your needs, if any. We’re also gathering the best P40 range deals in this roundup.

The phone itself doubles down on the hardware that made the P30 Pro so great, namely with an enhanced camera that retains its predecessor’s 5x optical zoom, a decently capacious 4200mAh battery with even faster charging and the company’s latest Kirin 990 chipset, with 5G as standard.

The ongoing saga with the US trade ban means that the P40 line is the first set of P-Series flagships to launch without GMS (Google Mobile Services) onboard. As such, many users in Western markets will find it tough to adjust to an Android phone that lacks the Google Play Store, along with access to first-party applications like Gmail and third-party applications like Uber (which rely on GMS for mapping on Android).

Despite such limitations, time with the phone has shown that Huawei is using all of its powers to move past these limitations and focus on ways to deliver as full a user-experience as possible.

UX aside, the headline attribute of the P40 Pro (and all three new P40 devices, for that matter) has to be its camera setup. 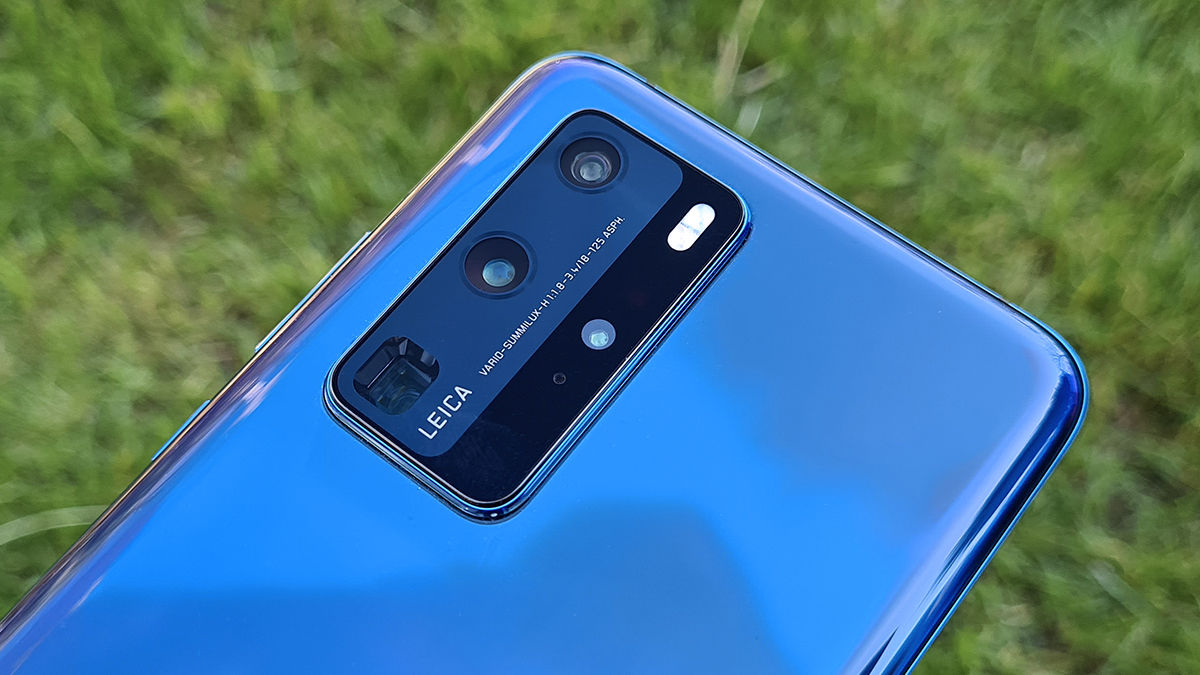 Huawei’s camera prowess looks to endure with the Pro, which retains the 5x periscopic optical zoom sensor, this time upped from an 8Mp to a 12Mp resolution, complete with OIS (optical image stabilisation). The camera’s main sensor jumps from a 40Mp to a 50Mp unit, again with the RYYB pixel arrangement that’s designed to help with low light performance, while the ultra-wide lens doubles in resolution, to 40Mp, and gains ‘CineLens’ branding, designed to serve as the lens for video capture on the P40 Pro.

Huawei has also ditched the notch that both last year’s P30 and Mate 30 line possessed, instead employing a rather sizeable dual hole-punch front-facing camera setup in the top left corner of the P40 Pro’s curved 6.58in “Overflow” display.

This front-facer sports a 32Mp resolution, as did last year’s Pro, however, this time it’s backed up by a secondary depth sensor (not unlike Samsung’s Galaxy S10+, from 2019) and an IR emitter that Huawei promises delivers more robust face unlocking, even in low light.

Moving from the outside to the inside, the P40 Pro offers predictable but promising improvements. First up, the Kirin 990 chipset, first introduced on last year’s Mate 30 Pro, runs the show here, paired with 8GB of RAM and 256GB of storage (depending on the market).

Unlike the most recent Mate series, which saw a dedicated 5G SKU within its midst, the Pro comes with integrated 5G as standard and Huawei was keen to push the extended band support onboard that should ensure this phone supports 5G in more places and across more networks than the competition. 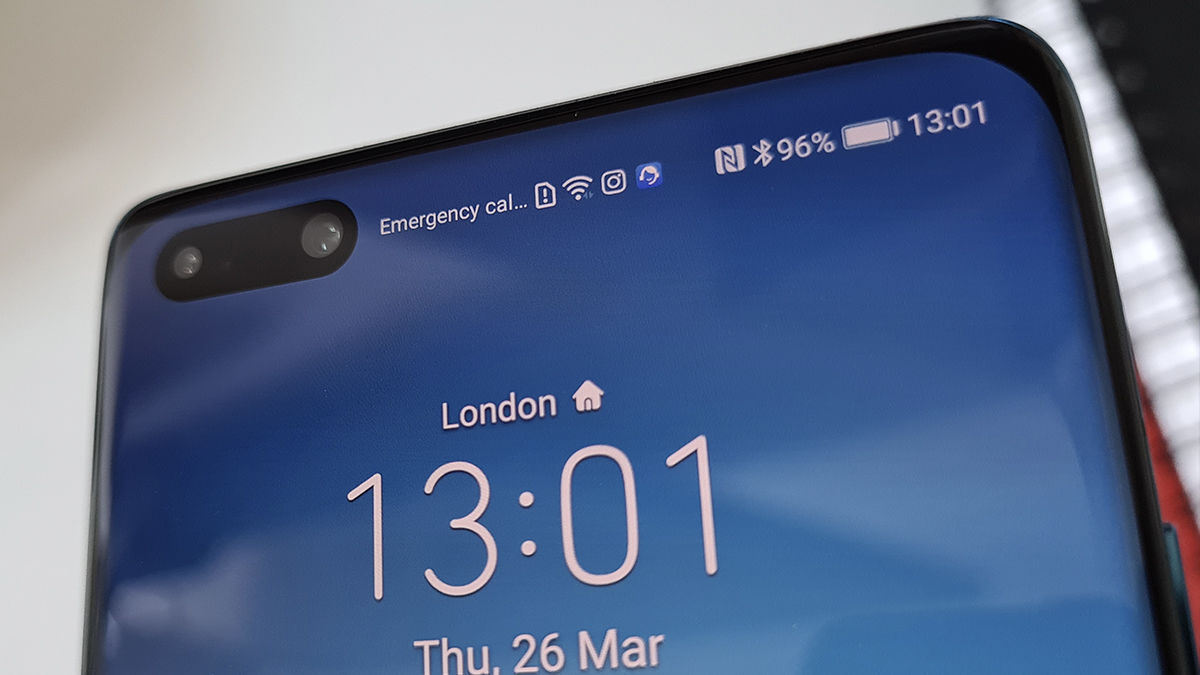 The phone also supports eSIM setup and dual-SIM functionality, letting you run a secondary 4G SIM in concert, or failing that, you’ve then got room for one of the company’s NM cards, letting you add extra storage as needed.

The additional power may be exclusive to the processor, but the increase in speed also applies to the phone’s battery too. While the P30 Pro and P40 Pro both make use of 4200mAh cells and both offer 40W wired “SuperCharge” charging, the new Pro also brings those same impressive speeds to the wireless charging experience as well.

While we’re yet to test charging speeds for ourselves, Huawei’s advertised P30 Pro recharge rate is quoted at 70% from 30 minutes charging time, which if possible whilst wireless as well (where the P40 Pro is concerned) is both convenient and impressive.

Soldiering on without Google

Setting up the P40 Pro and not once passing a Google login screen is a strange experience but it also highlights the efforts the company is making to ensure that Western users don’t feel completely alienated by the resultant differences of a phone without the big ‘G’ built-in.

Microsoft has a license approved by the US government to continue working with Huawei, meaning Bing resides within the search bar of the phone’s native web browser (for better or worse) and the App Gallery – Huawei’s own Android app store – lets you download a number of Microsoft-branded tools, from Microsoft Translator to Microsoft News, without issue. 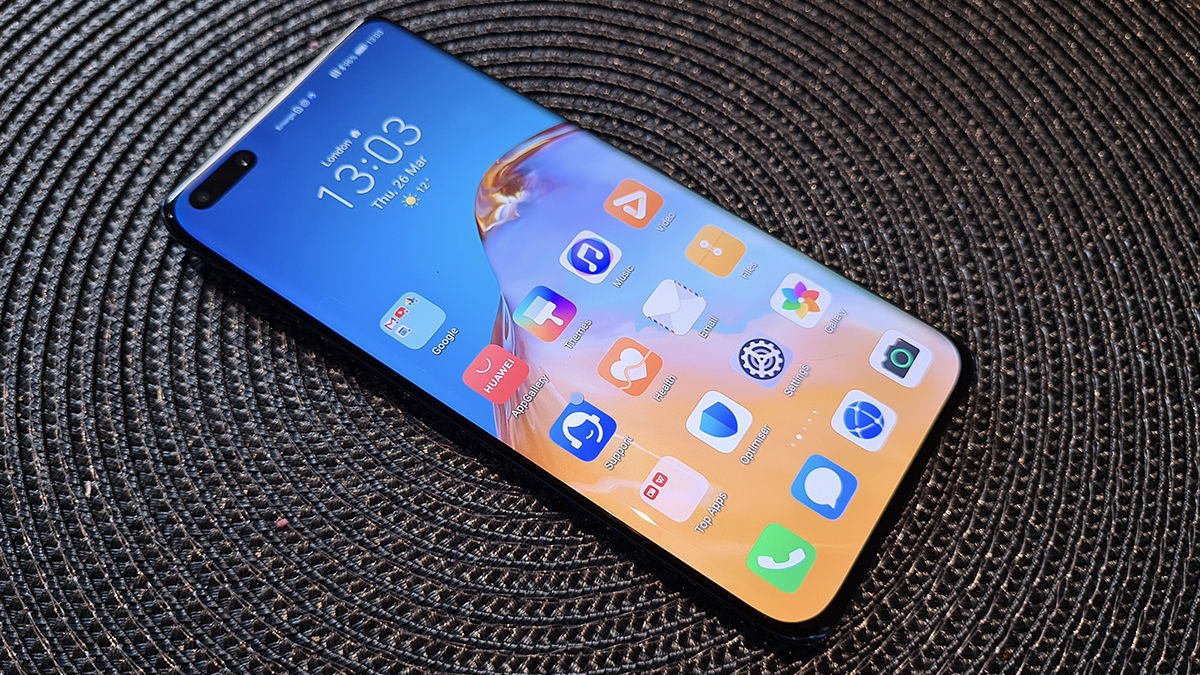 Compared to the App Gallery experience on previous Huawei phones, it’s also clear that the company has worked hard on both better localisation by market and onboarding developers to ensure popular apps from the Play Store, such as TikTok and Snapchat, also have a presence on the App Gallery. Obvious omissions include services like Instagram, Twitter and Netflix, though.

While things are moving in the right direction, it’s hard not to shake the feeling that all these presented ‘solutions’ feel like workarounds, and there’s little Huawei can do about that, except continue to strengthen what App Gallery offers for a more global audience and hope that Google’s license to continue doing business is approved sooner, rather than later.

If you do want Google experiences on the P40 Pro in its current incarnation, you’ll likely have to rely on each (available) services’ web-based counterpart. Also, say farewell to “OK, Google” it’s Celia who now answers your queries and presently, she only covers basic voice assistant tasks, not to mention she’s only available in UK English, Spanish and French at the time of writing.

If you want to get the likes of WhatsApp installed on your P40 Pro, you’ll have to use Huawei’s transfer tool, Phone Clone, to sideload the app from another Android device in your possession, and if you want apps that you don’t already own on an existing device, you’ll have to resort to websites like APKMirror to download and install them manually – a solution that requires them to be manually updated too.