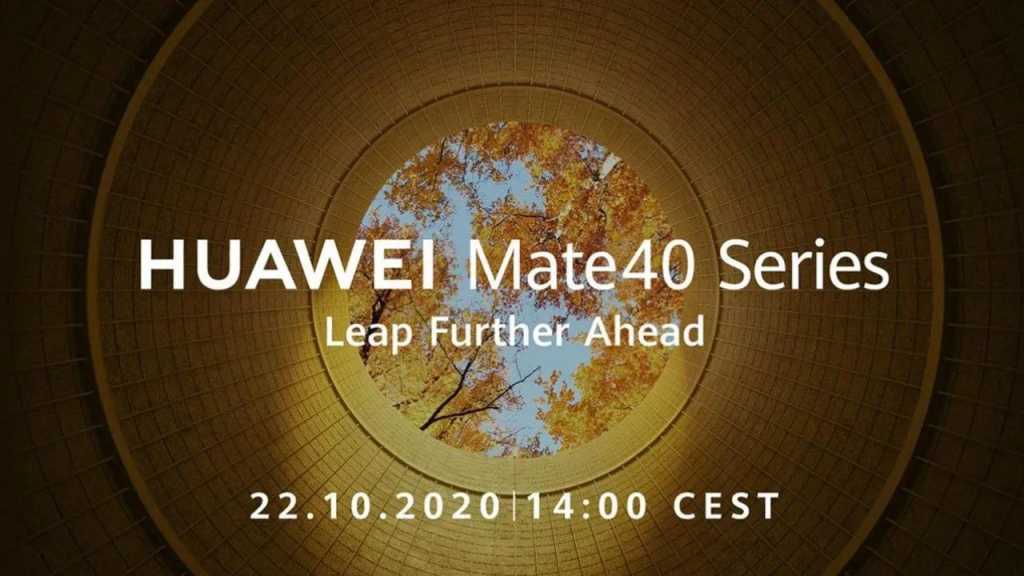 It’s no secret that Huawei is about to launch its Mate 40 smartphone range by way of a virtual online event. And there have been plenty of leaks which have somewhat spoiled the surprise. But which of the leaks are the genuine article? Find out at 2pm CET so that’s 1pm in the UK.

We’ll be commentating live on the launch as it happens, so just hit play on the video above from about 1pm today.

The new range of phones is expected to include a new Mate 40 Pro Plus model, just like the P40 range, as well as the standard Mate 40 and Mate 40 Pro. You can read more about the phones’ rumoured features and specs.

How to watch the Mate 40 live stream

Huawei is streaming the launch on its Huawei Mobile YouTube channel but if you watch the stream above, you’ll get the benefit of our expert analysis as well.

What to expect from the Huawei Mate 40

As usual there are plenty of leaks giving us an idea of what the Mate 40 will bring to the table. However, so many rumours mean that it’s a little unclear what will actually happen.

In addition to the models mentioned above, there is sure to be the exclusive Porsche Design at a higher price, but none of the models will have Google services in Europe as US firms are still unable to do business with Huawei.

The Mate series doesn’t focus on photographic capabilities as much as the P-series – it’s the productivity phone for Huaweri – but even so, expect some seriously good cameras across the range.

We’re also expecting at least the Pro and Pro+ models to have a 90Hz screen, as well as the rumoured Kirin 9000 processor.

It’s unlikely Huawei will use the button-less volume control seen on the Mate 30, but there are sure to be innovations in other areas.

If you’re unconvinced by a phone which doesn’t have Google services, then check out our current recommendations of the best phones to buy.