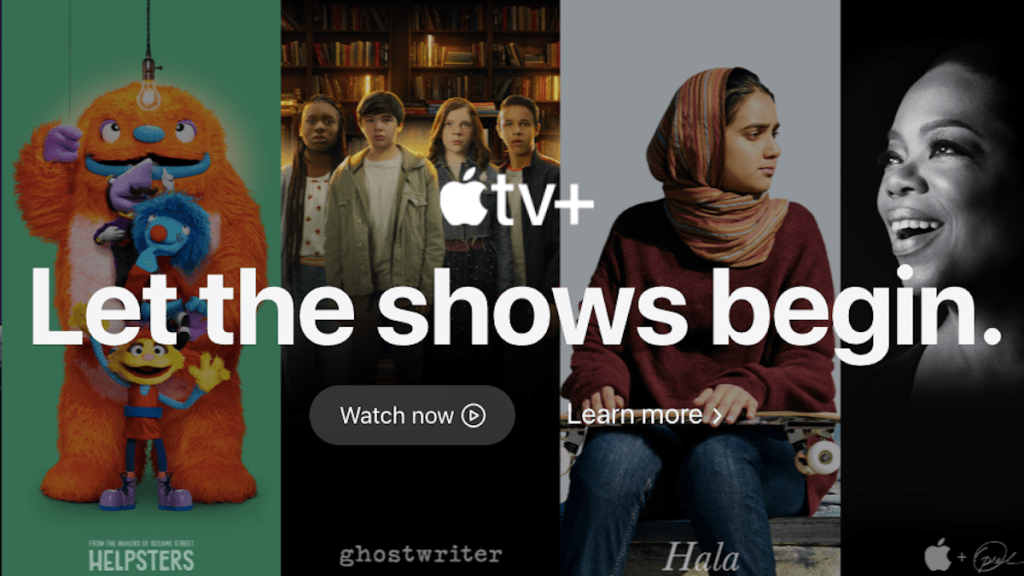 Apple TV+ may not have a huge library of content like Netflix or Amazon Prime Video, but some of its originals have scooped up awards in the last few years – and for good reason.

If you would like to know what to watch, then we have compiled a list of our favourites right here. You can sign up for Apple TV+ on the website – accounts cost $6.99/£6.99 per month, but new users can take advantage of a 7-day free trial. Plus, if you buy an Apple product, you may be entitled to free streaming for even longer.

To find out more about this streaming service, visit our sister site Macworld and read the full guide to Apple TV Plus. You can also find out how to get Apple TV+ for free.

Of all the launch titles Apple assembled, this gritty drama set in a busy TV newsroom was always the one that looked most likely to grab the headlines. Starring Jennifer Aniston as the principle news anchor who has to deal with the sudden fall from grace of her co-host (Steve Carell) after his involvement in a sex scandal, all while fending of the hungry ambitions of the new, younger starlet who wants her job (Reese Witherspoon), it’s a taught exploration of a woman trying to hold onto both her career and sanity.

Nominated for multiple Golden Globe awards, including Best TV drama and Best Performance by an actress in a TV series (Drama) nods for both Aniston and Witherspoon, this is one not to be missed.

Severance is not just one of the best shows on Apple TV+, but a standout series of 2022. The whole premise centres around people who can separate their work lives and personal lives completely – when they enter the office, they have no memory of their time outside of it, and vice versa. However, when a new mysterious colleague appears, the team start to investigate to find out the truth behind what they really do for work.

If you’re after a TV series that is tad more wholesome, then Tad Lasso should scratch that itch. Ted is a small-time college American football coach from Kansas who is hired to coach a soccer team across the pond, even though he lacks the experience. Rest assured, you don’t really need to know anything about football (UK or US) to enjoy this series. It is all about staying positive and optimistic, even in the face of classic British cynicism and sarcasm.

Starring Rob McElhenney from It’s Always Sunny, Mythic Quest follows a fictional games studio which produces a MMORPG called Mythic Quest. This is the biggest multiplayer game of all time, and the team must work hard to build worlds, create heroes and deal with all the usual office politics at the same time.

In many ways this is the Apple TV+ alternative to Netflix’s behemoth Stranger Things, albeit not quite as dark. The setting is an old bookshop that’s home to a ghost that thinks it’s a marvellous idea to take characters from books and bring them into the real world. Four local kids play detective, enticed by messages from the spectre as well as visits from the casts of Alice in Wonderland and The Jungle Book, all to try and work out why the ghost was creating this havoc and hopefully solve the mystery.

Another series headlined by a Hollywood star is See. The human race has been decimated by a mystery illness, wiping out the vast majority of the population and leaving the only survivors blind. Life has reverted to a primitive state, but hope arrives with two babies born with their sight intact. Mamoa must then protect these children as religious tribal elders call for their execution to prevent the end of the world.

Imagine a world where Russia won the space race and put a man on the moon before Neil Armstrong took his giant leap for mankind. That’s the concept of For All Mankind, which explores an America coming to terms with losing this hugely significant historical event and being forced to adopt new strategies in order to catch-up with the Soviets. These measures include bringing women and those from ethnic minorities into the fold, rather than the monocultural, single-sex astronaut program that made up the initial Apollo missions. It’s an interesting exploration of cultural change accelerated by an ongoing battle for the stars.

Truth Be Told is about a podcast maker (think Sarah Koenig of the hit podcast, Serial) who sets out to find out what actually happened in a cold-case murder. It’s based on the book Are You Sleeping: A Novel by Kathleen Barber.

If you’re looking for escapism that’s filled with beauty and will actually teach you more about the world in which you live, the Elephant Queen is a stunning documentary series that follows the epic journey of Athena and her family of pachyderms. Realising that the dry season is soon to begin, Athena guides her pack across the African wilderness as they look for a safe place to wait out the heat and find the water they need to survive. Voiced by Oscar winner Chiwetel Ejiofor, this is one to savour.

In these troubled times, there are some things pretty much guaranteed to put a smile back on weary faces. One such creation is Snoopy in Space, which sees the titular heroic beagle taking command of the International Space Station, aided by his old friend Woodstock. All your favourite Peanuts characters appear as they help from Mission Control, so if you want to see Charlie Brown, Lucy, Sally, Linus, Marcie, Peppermint Patty and others in this charming series, then Snoopy in Space is a welcome slice of happiness.

For more small-screen entertainment read our picks of the best TV streaming services.