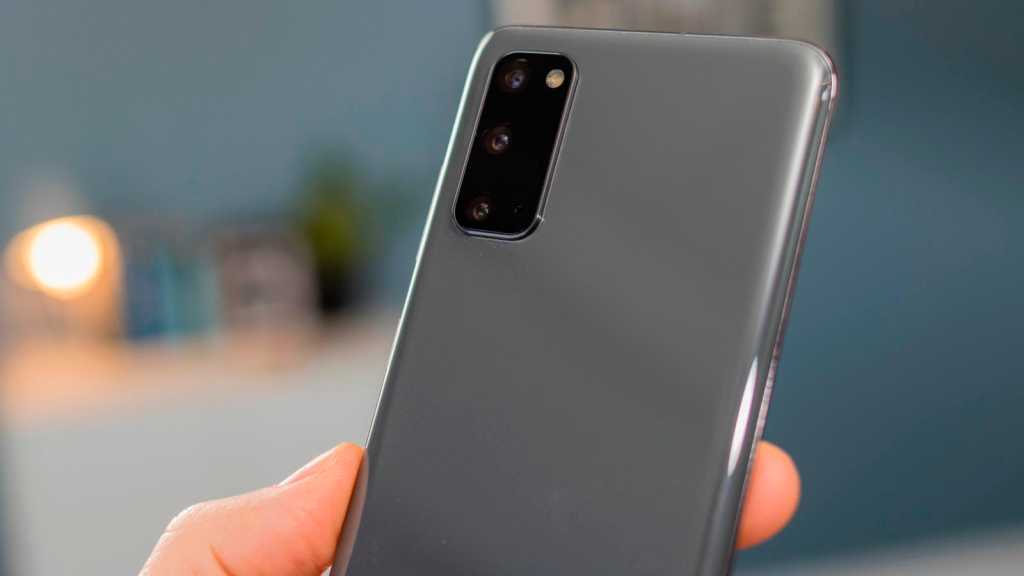 Samsung’s Galaxy S20 range is officially out now in the UK, and pretty much everywhere. All three phones boast top tier cameras, and more than anything else Samsung is emphasising the phones’ ability to zoom in for long-distance photos. But is all as it seems?

The S20 and S20+ each have three main rear lenses. A 12Mp main shooter and 12Mp ultra-wide are easy to get your head around, and similar to the S10 series, but the 64Mp ‘telephoto’ stands out a little bit more.

I’ll be blunt: it isn’t a telephoto, and Samsung is just about skirting the lines of getting away with calling it one.

NotebookCheck first crunched the numbers after the S20’s reveal, and realised that with a 76-degree field of view (compared to 79 degrees on the main shooter) this 64Mp lens isn’t a telephoto at all – it’s just another wide-angle, but ever so slightly less wide than the main lens. It’s technically at something like 1.06x zoom relative to the main camera, which is presumably the basis on which Samsung is touting its ‘telephoto’ and ‘hybrid optical’ features.

Instead of using optical zoom, the S20 and S20+ simply use digital trickery to crop in on the large 64Mp sensor. This is essentially almost entirely digital zoom, and gets away with it simply by virtue of the size, quality, and megapixel-count of the sensor.

More susprisingly, the S20’s own camera app seems to be designed to hide – or at least obfuscate – that fact. Take the fact that you have the option of switching to 64Mp mode to take full-size photos with that big sensor.

That makes sense, but you can also take 64Mp shots when you punch into the default 3x zoom setting (and indeed up to 6x zoom). It can’t actually be using all 64 megapixels while zoomed though, meaning the app is in fact cropping and then upscaling the images to get a 64Mp result. Which is a fine, if odd, option (the resulting shots really aren’t worth it, and worse in almost every respect than the default zoom setting) but it feels like it’s only there so that people think they have a 64Mp 3x telephoto lens, which they just don’t.

It doesn’t help matters that if you pinch to zoom, the phone only switches to the 64Mp lens when it hits the 2x zoom mark – despite the fact that this lens should be available and deliver better results from 1.1x zoom upwards. Again, it’s hard to see what the reasoning is beyond obfuscation.

The most frustrating part about all this is that there’s no need for the subterfuge. It may not be a ‘true’ optical telephoto setup, but the S20’s zoomed shots are great nonetheless ( read my review for more sample shots), and the average user will certainly be happy with the quality at lower zoom levels. Samsung could have been up-front and pushed the quality of its digital zoom algorithm, and avoided this mess entirely.

Beyond that, you might wonder why Samsung opted for this odd camera configuration in the first place. Why not follow in the S10’s footsteps – or even the concurrent S20 Ultra – and use a genuine zoom lens? Blame 8K.

Shooting 8K video requires a sensor of at least 33Mp, and 8K is one of the key marketing messages across the S20 range. Presumably Samsung decided the high-resolution sensor was good enough for 8K video but not for its main camera. Rather than drive costs up with an extra lens the company must have opted to split the difference, ditch the telephoto, and hope no-one really noticed.

We asked Samsung for comment on the camera setup, and in a statement issued to us after this piece’s publication the company argued that its hybrid zoom offers “more value” than a traditional optical zoom. Here’s the Samsung statement in full: