There have been six versions of Apple Watch to date, but that doesn’t stop the next Apple Watch from being called the Series 6. The original was simply called ‘Apple Watch’ – presumably because Apple was unsure of the longevity of what was new technology back in 2015. After that came the Series 1, not 2, hence why the Series six is actually the seventh-gen wearable.

Fast forward five years, and it has proven to be one of the most popular products in the Apple range ever. A whole industry of capable smartwatches has emerged around it, but Apple still remains top dog for design and performance among many consumers.

The Series 6 is not a major update by any means, but looks set to continue the trend. For more on the next generation of Apple Watch, take a look at the latest Apple Watch Series 7 rumours.

When will the Apple Watch Series 6 be released?

The new Watch was announced during an online Apple event on 15 September.

You can pre-order one today, and it will be released on Friday 18 September.

How much does the Apple Watch Series 6 cost?

There are new colours for the Series 6 including blue aluminium, to go with silver, space grey, and gold. Plus, there’s a Product RED version with a red band. There are new strap designs, chief among which is the Solo Loop. There’s no clasp or buckle: it’s stretchy and comes in various sizes and seven different colours. 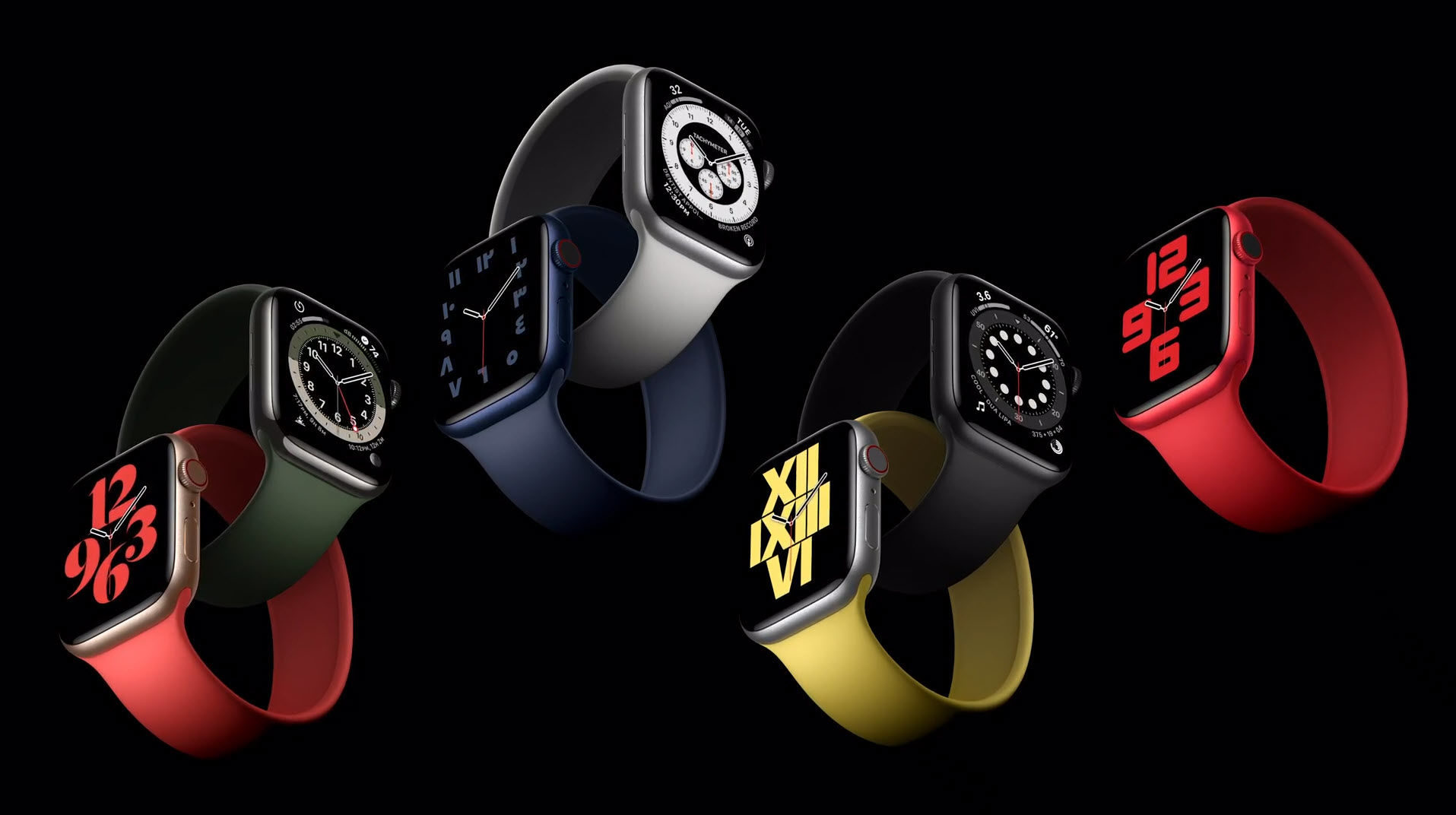 As it’s made from silicone, it’s a good choice for swimming, but if you prefer, you can also get braided versions of the Solo Loop too, made from recycled material.

You also get three months of the new Apple Fitness+ service free.

If it’s a cheaper Apple Watch you’re after, you might be more interested in the Apple Watch SE, rumoured to be launched alongside the premium smartwatch.

What are the new features in the Apple Watch Series 6?

We weren’t expecting any massive Apple Watch redesign and sure enough, aside from the new colours and straps there’s really nothing tell the Series 6 apart from the Series 5.

The new stuff is inside:

The big news, then is the SpO2 monitoring. This checks the oxygen saturation in your blood, and gives an indication of how well this oxygenated blood is being delivered throughout the body. 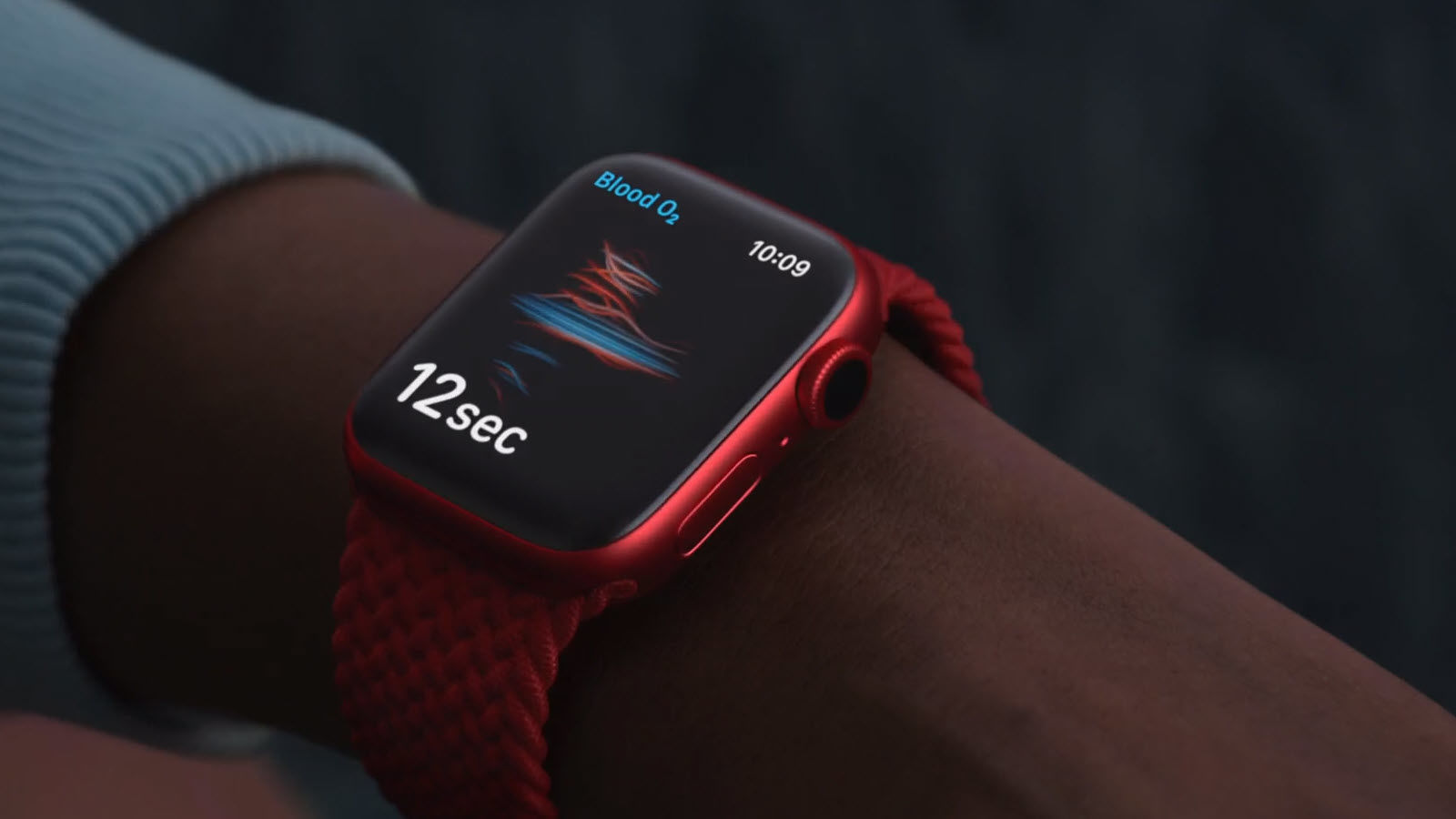 It’s achieved by shining red and infrared light onto your wrist (much like how heart rate is already measured) and looks at the light that’s reflected, and gives you a reading in 15 seconds.

As you might expect, a new processor – actually a complete system – is 20% faster than before but you get the same 18-hour battery life. Sleep tracking is enabled by watchOS 7, so it’s not a feature specific to the Series 6.

We didn’t see the rumoured improvements to water resistance, so the Series 6 can withstand water depths of up to 50m, just like its predecessor.

There’s an always-on altimeter so you can see your elevation as you hike: unlikely to be a feature that persuades anyone to upgrade from a Series 5. 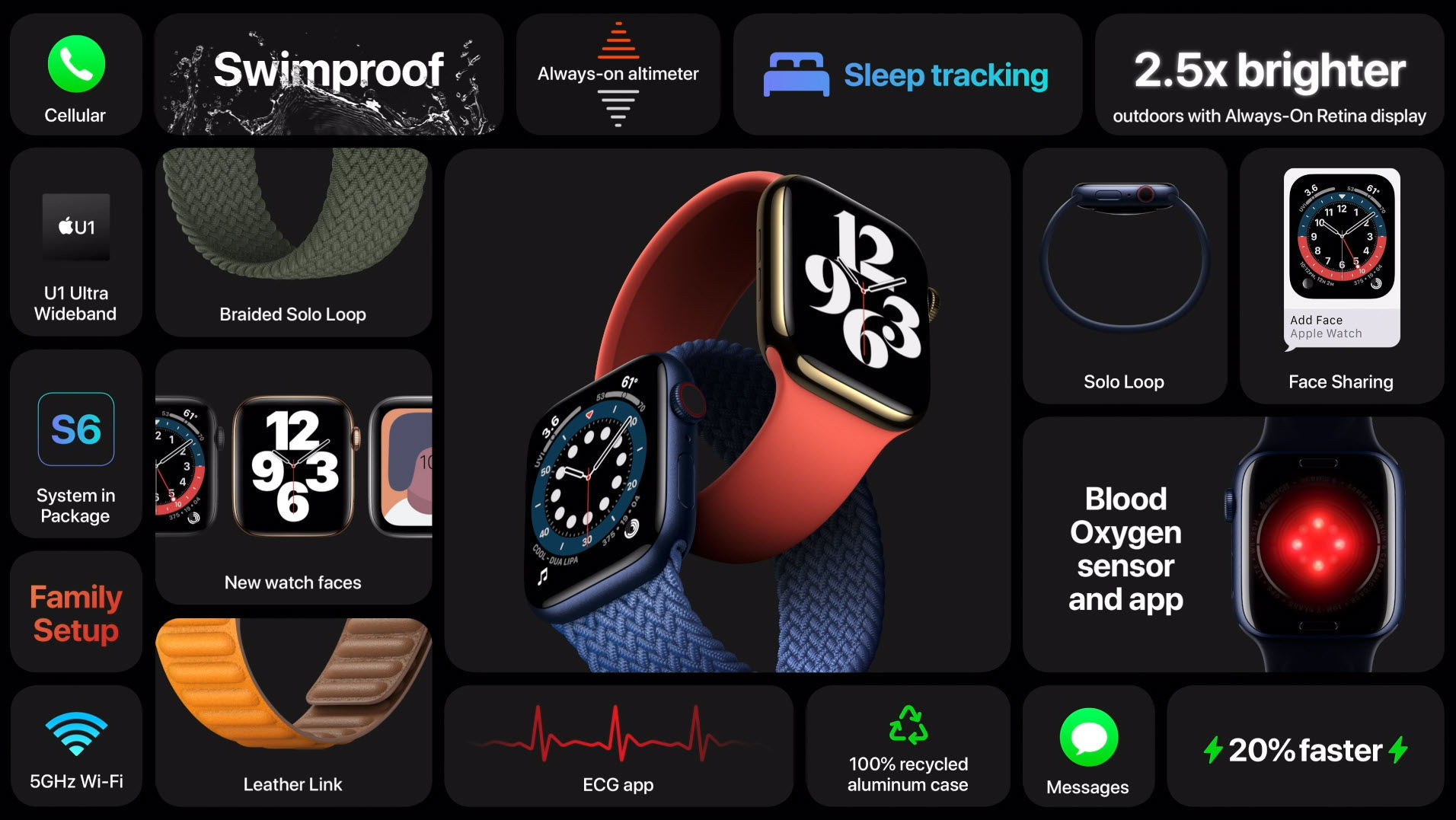 The rumours of Apple moving to a microLED display proved untrue: the only notable update is that the screen is brighter outdoors when you don’t raise your wrist.

Just as sleep tracking isn’t exclusive to the Series 6 there are nonetheless two other features that new Watch owners will be able to use.

The first is Apple Fitness+, a subscription service which brings Watch stats to your phone along with workout videos. These will initially cover yoga, cycling, dance, strength, core, hit, rowing and mindful cooldowns. They’ll either require nothing or just a set of dumbbells (aside from cycling which, quite obviously, requires a bike). 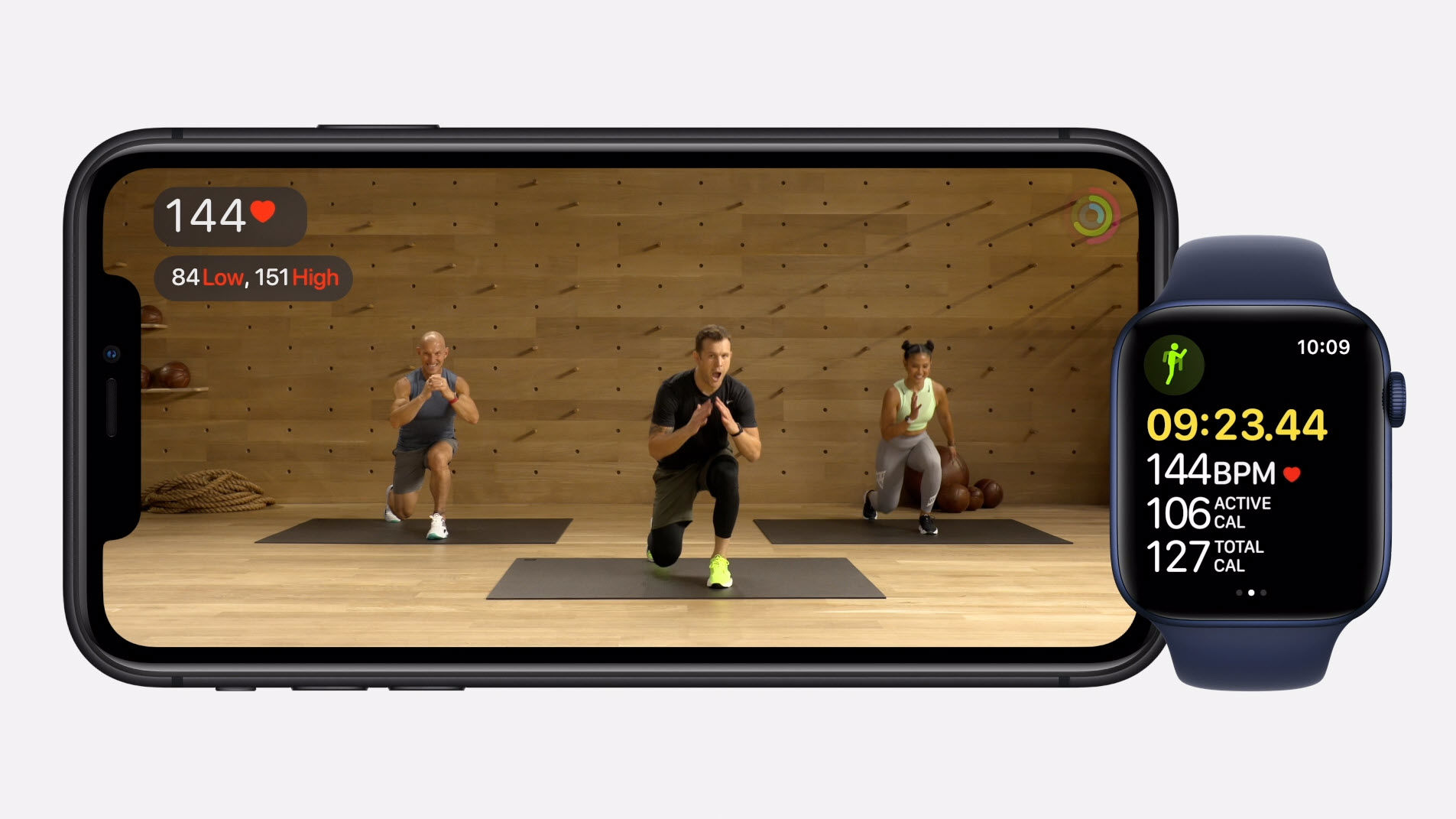 The second is Family Setup which allows you to give a Watch to a child who doesn’t have an iPhone. This requires the cellular version, naturally, and you can control who they can contact from your iPhone as well as get location alerts and see how they are progressing in closing their fitness rings. 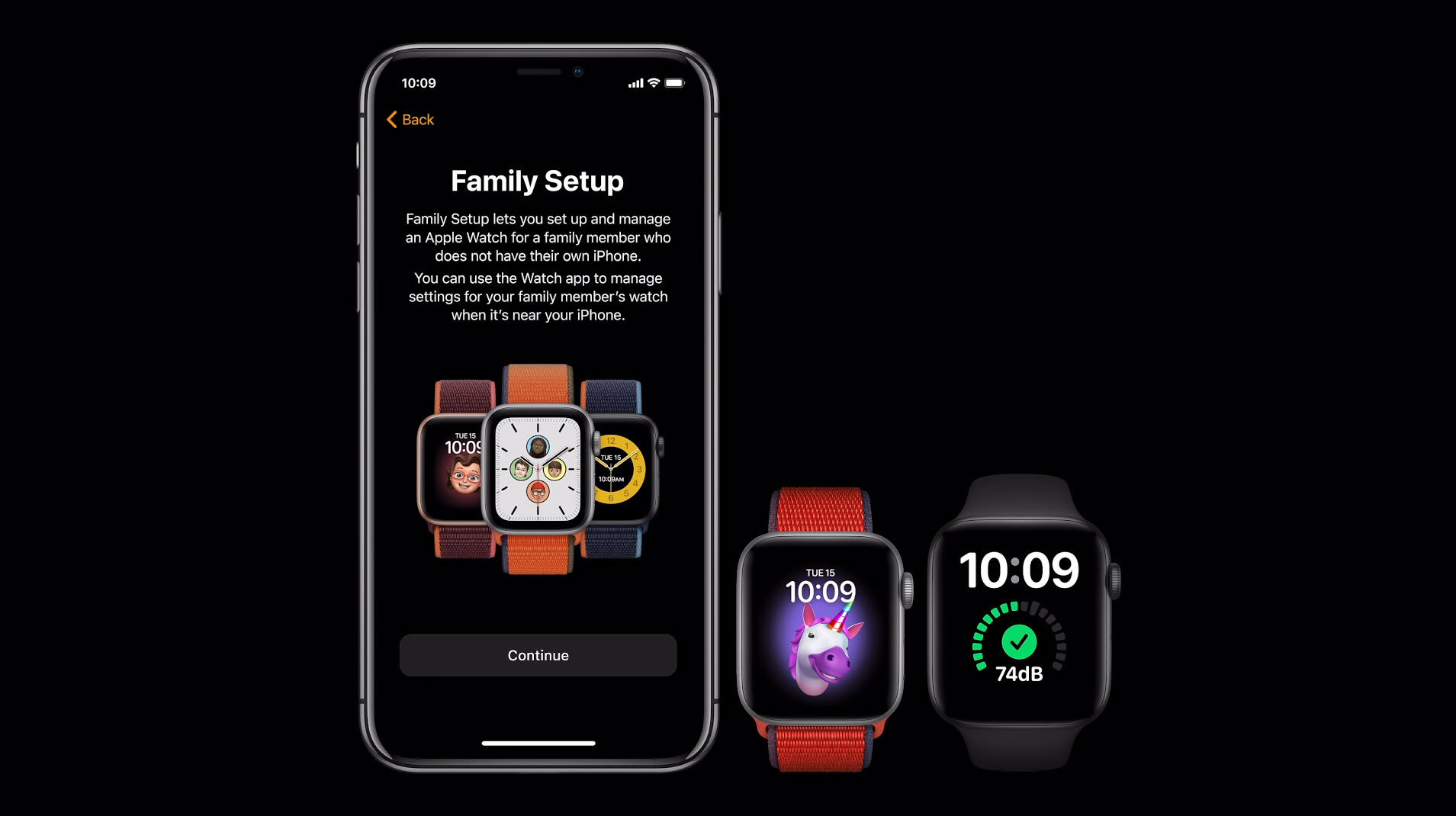 If you’re interested in other wearables, check out our round-up of the best smartwatches currently available.