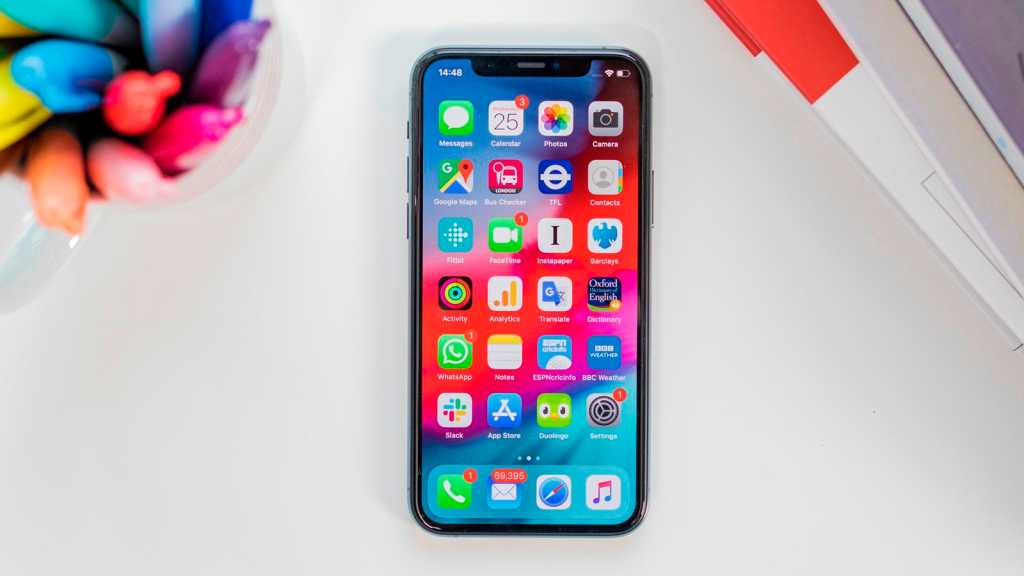 Screenshots are commonplace on social media in 2020, allowing friends to share hilarious text chains, weird software glitches or just about anything else they see on-screen. While you’ve been able to take screenshots on iPhones for years, the process differs depending on the model you’re using and, thanks to recent iOS updates, new enhancements improve the screenshot experience on iOS.

The method of taking a screenshot depends on the iPhone you have; the Home and power buttons are used in earlier models, while the volume up button replaces the Home button on newer, bezel-less variants of iPhone.

So, how are users supposed to take screenshots without a Home button? 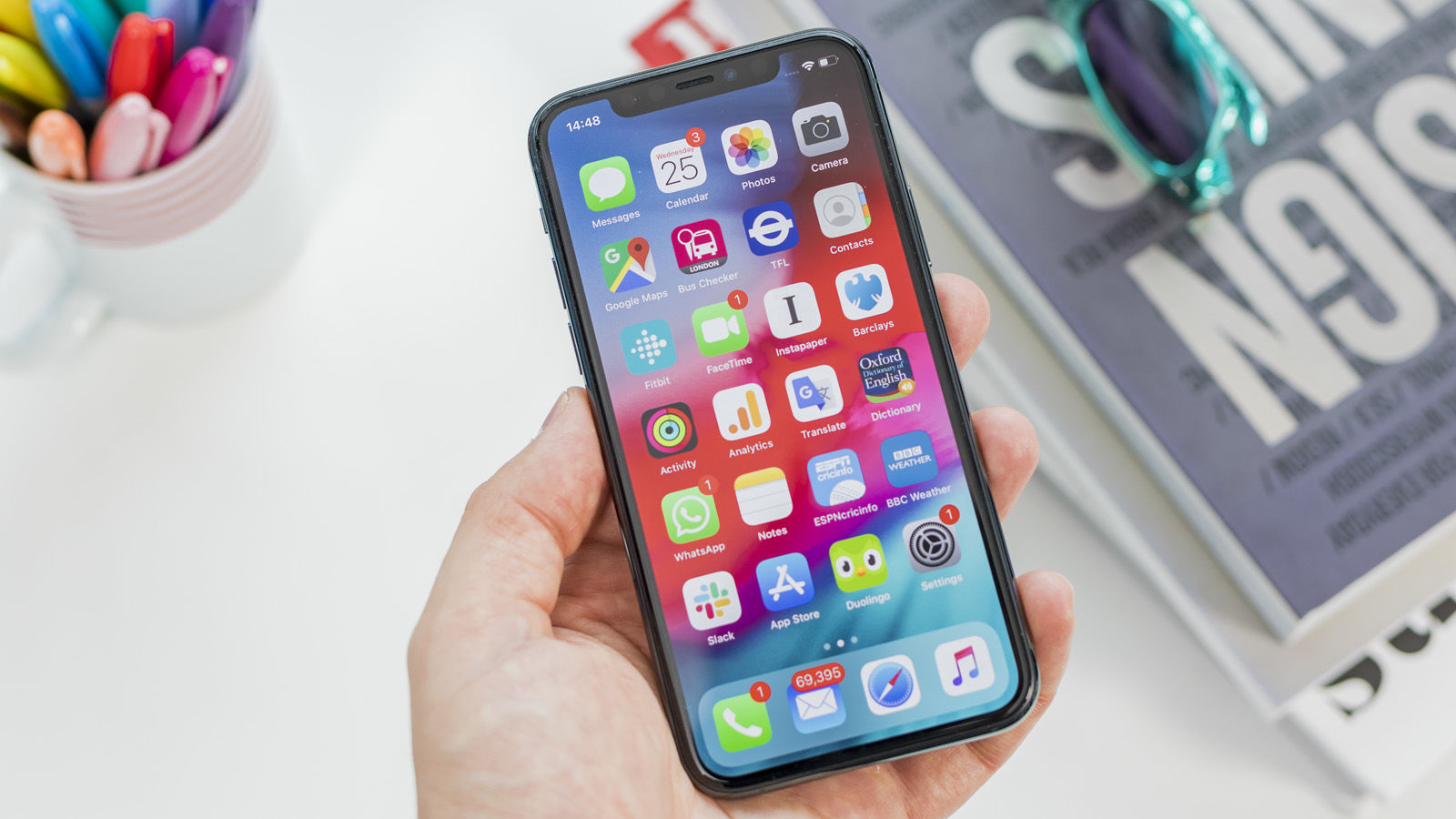 It’s simple really; to take a screenshot on the iPhone X or later, simply press the Power/Side button and the Volume Up button at the same time. You’ve probably done it accidentally when picking up your iPhone – we certainly have on multiple occasions!

As long as you’re running a recent version of iOS – which you should be if you’ve got an iPhone X or later – your screenshot should appear in the form of a thumbnail in the bottom-left of the display. You can tap the screenshot to edit and share (which we go into more detail about later) or swipe left to dismiss it.

If the thumbnail disappears before you can tap it, or if you’re running an old version of iOS that doesn’t feature screenshot previews, you can access your screenshots via the Photos app. Simply tap Albums, and then tap the Screenshots category to see your screenshots in one place.

If you’ve got an iPhone 8 or earlier, the screenshot process is slightly different – as mentioned above, it uses the Home button instead of the Volume Up key on newer devices. So, to take a screenshot on an older iPhone, simply press the Power and Home buttons at the same time.

As noted above, depending on your operating system, you’ll then be able to tap the thumbnail that appears and edit it, or swipe to dismiss it for later use. If you’re running iOS 10 or earlier the thumbnail won’t appear, but you’ll still be able to access your screenshots via the Photos app.

Taking a screenshot without buttons

If your Power/Home/Volume Up buttons don’t work for whatever reason, there’s still a way to take screenshots on your iPhone – AssistiveTouch. 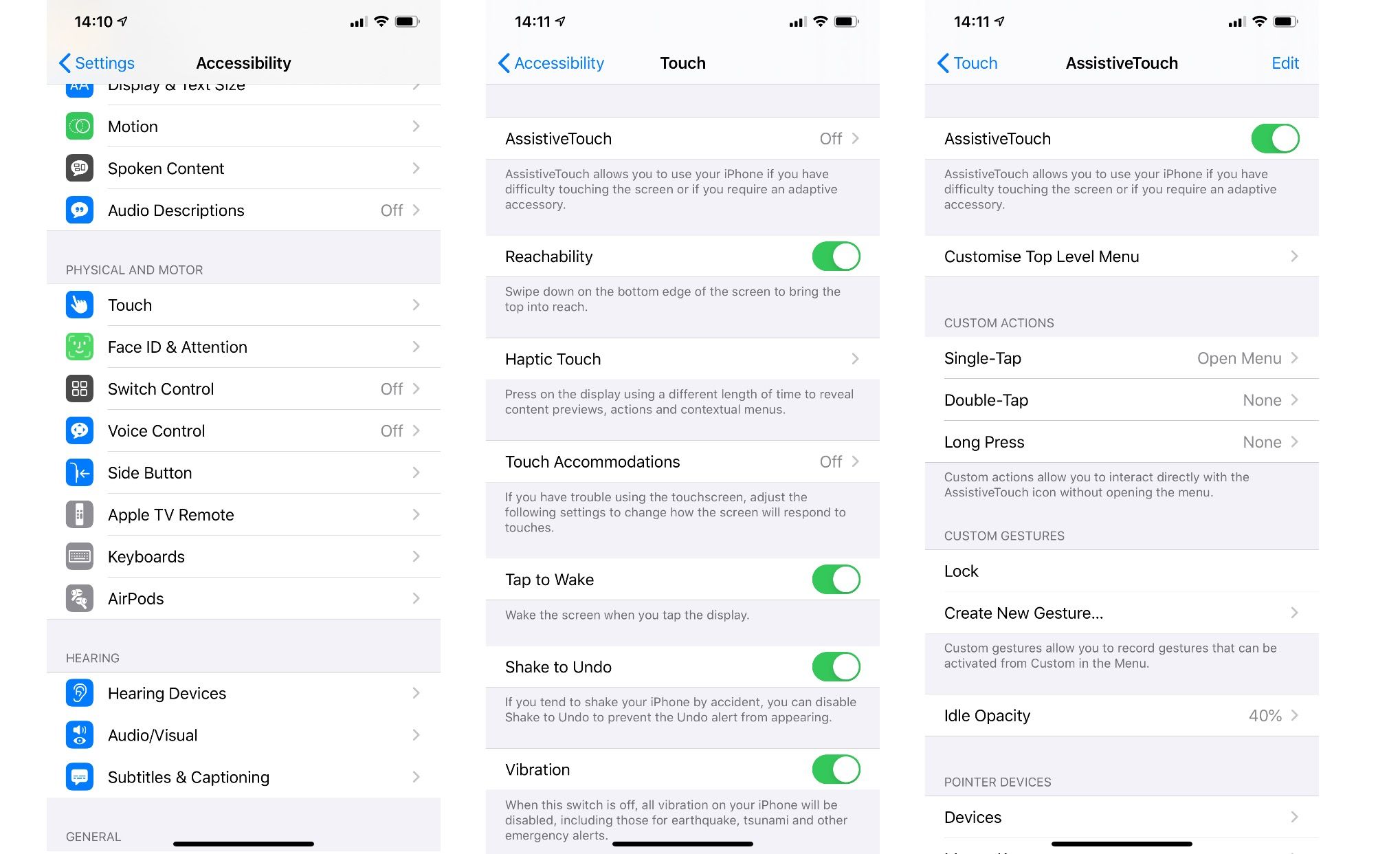 Once toggled on, a small circle should appear on-screen. You can drag this around the screen if it’s in the way/hard to access, and tapping on it brings up a suite of options. To take a screenshot specifically, tap Device > More > Screenshot.

So you’ve taken your screenshot, but how will your text recipient know what you’re pointing out if it’s not obvious? Thankfully, with the release of iOS 11 Apple introduced Mark Up functionality, allowing you to doodle on your screenshots to help emphasise whatever point you might be making. 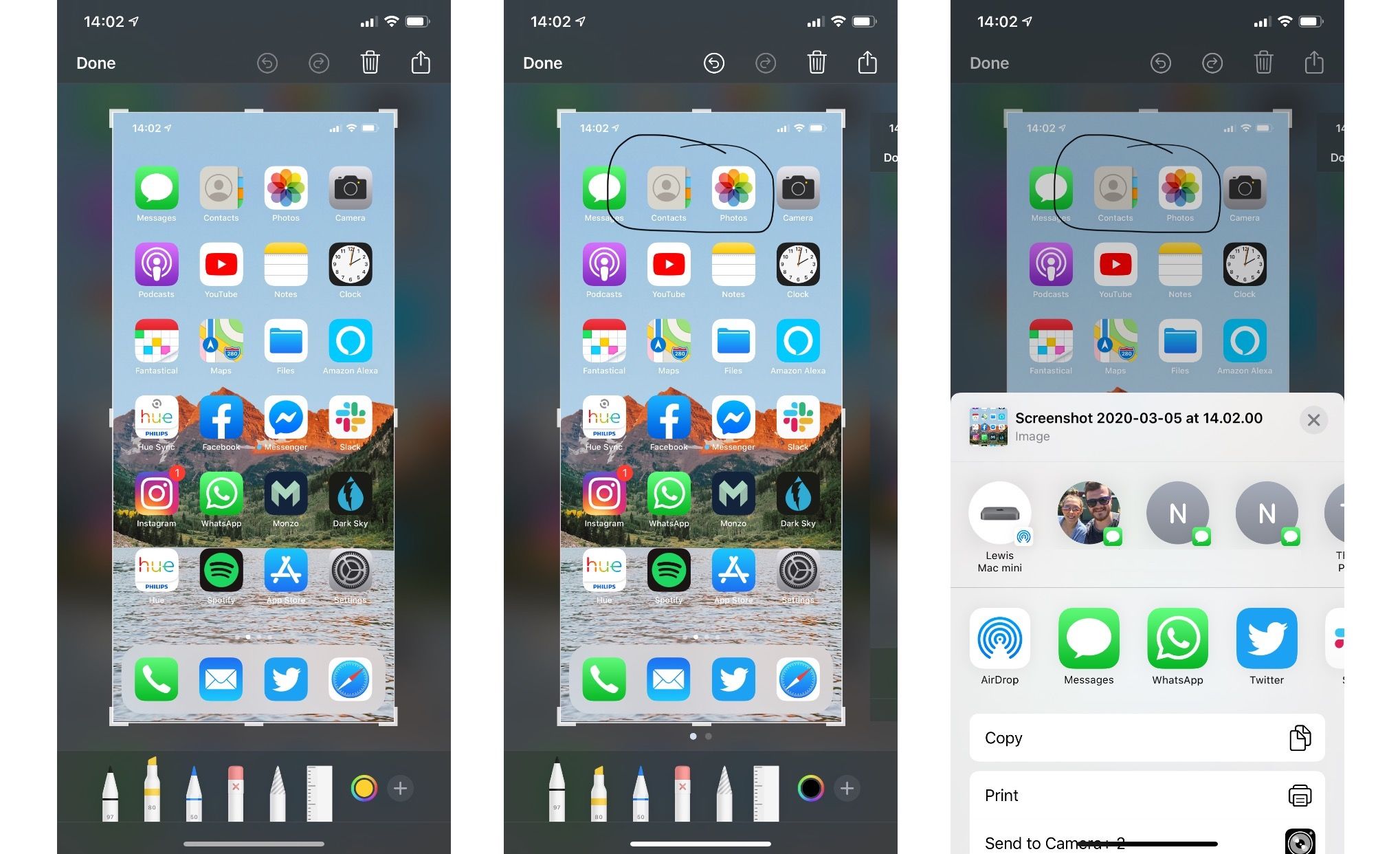 If you’re running iOS 11 or later, you’ll get access to the range of markup options by tapping the thumbnail that appears in the bottom-left once you’ve taken a screenshot. You’ll be able to draw on your screenshot using either a pen, pencil or highlighter, and you’ve even got a virtual ruler to make sure your lines are as straight as an arrow. These tools make it easy to highlight something within your screenshot without the need to open a third-party app to do so.

You’re also able to crop your screenshot to hide potentially sensitive information before sharing on social media, and if you share your screenshot via the Share sheet (a box with an arrow pointing upwards) in the markup menu, you can simply delete the screenshot when you tap done. Doing so should keep your Photos app clutter-free, that’s for sure.