That may not be a popular opinion, and it may not be what you want to hear, but there it is. As a staunch Nintendo kid I never played the game when it first launched, but getting to  try the upcoming remake at E3 last year inspired me to grab a copy of the original’s Switch port and find out what I’d missed.

I found it slow going, to say the least – and that’s even with the optional speed boost included in the port. The story was sluggish and combat crawled, somehow feeling even slower than a standard turn-based system. I dragged myself through two or three hours of the game before I called time and went back to Pokémon. 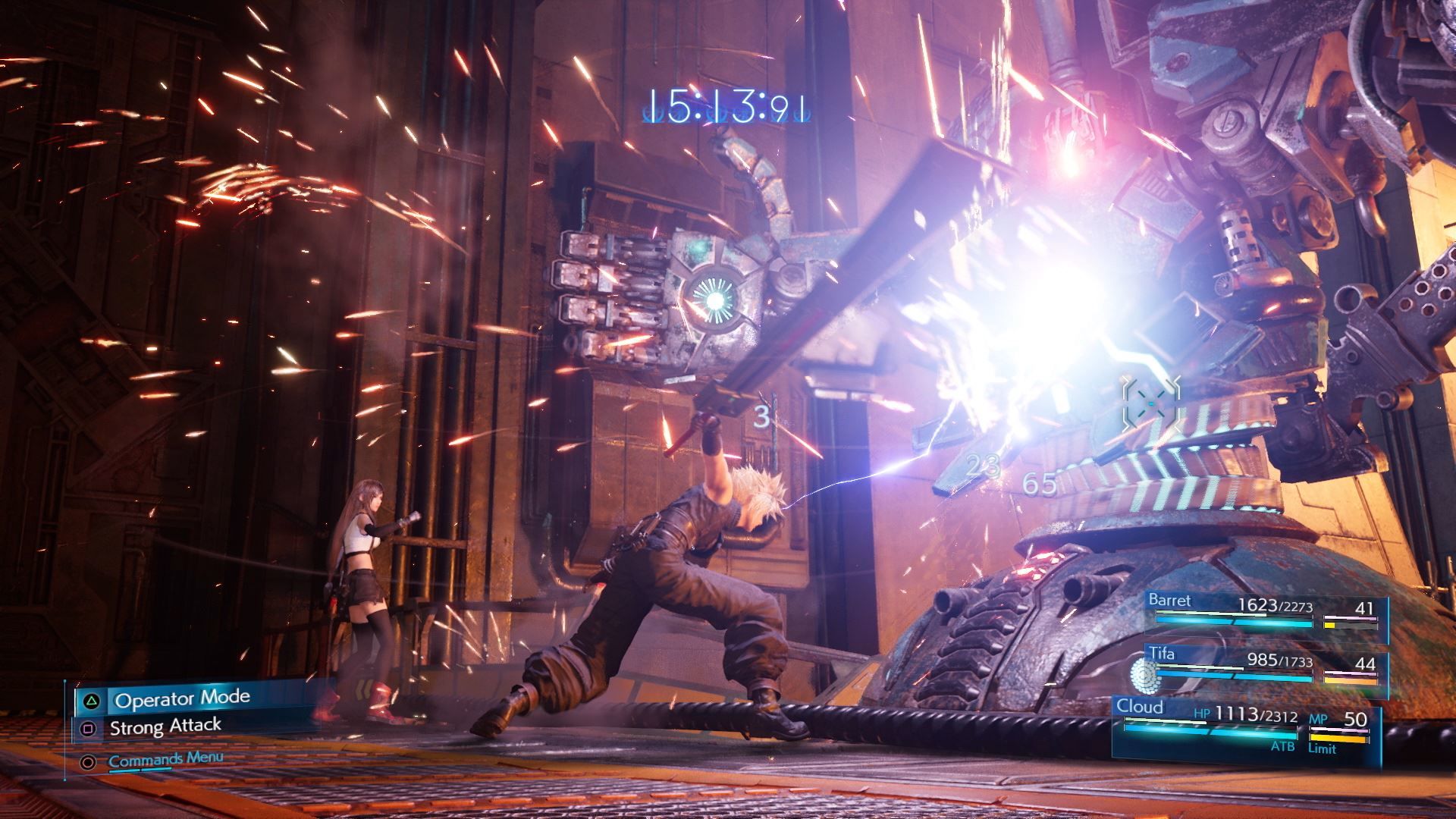 Luckily, that means I played through just enough to compare to the first two chapters of April’s Final Fantasy VII Remake, which cover Cloud and Barret’s assault on Mako Reactor 1 and Cloud’s escape through the city, right up to their reunion on the train.

It goes without saying that a lot has changed, and the remake offers far more than just a lick of paint, even in this early segment. The real-time combat system brings a dynamism the original lacks without sacrificing strategy, structural tweaks move the story’s most intriguing hooks up so you’ll hit them sooner, and the graphical updates allow a level of bombast and excitement that the original polygonal sprites – bless ‘em – simply couldn’t.

Let’s start with that combat. While you can still play with ‘Classic’ combat, the default settings in the remake are a little more action-oriented. Tapping Square unleashes a stream of basic attacks, which deal damage and build up bars of ‘ATB’. Hit Cross and you can then use that ATB to trigger more advanced attacks, spells or use items – freezing the fight while you flick through menus to make your choice. 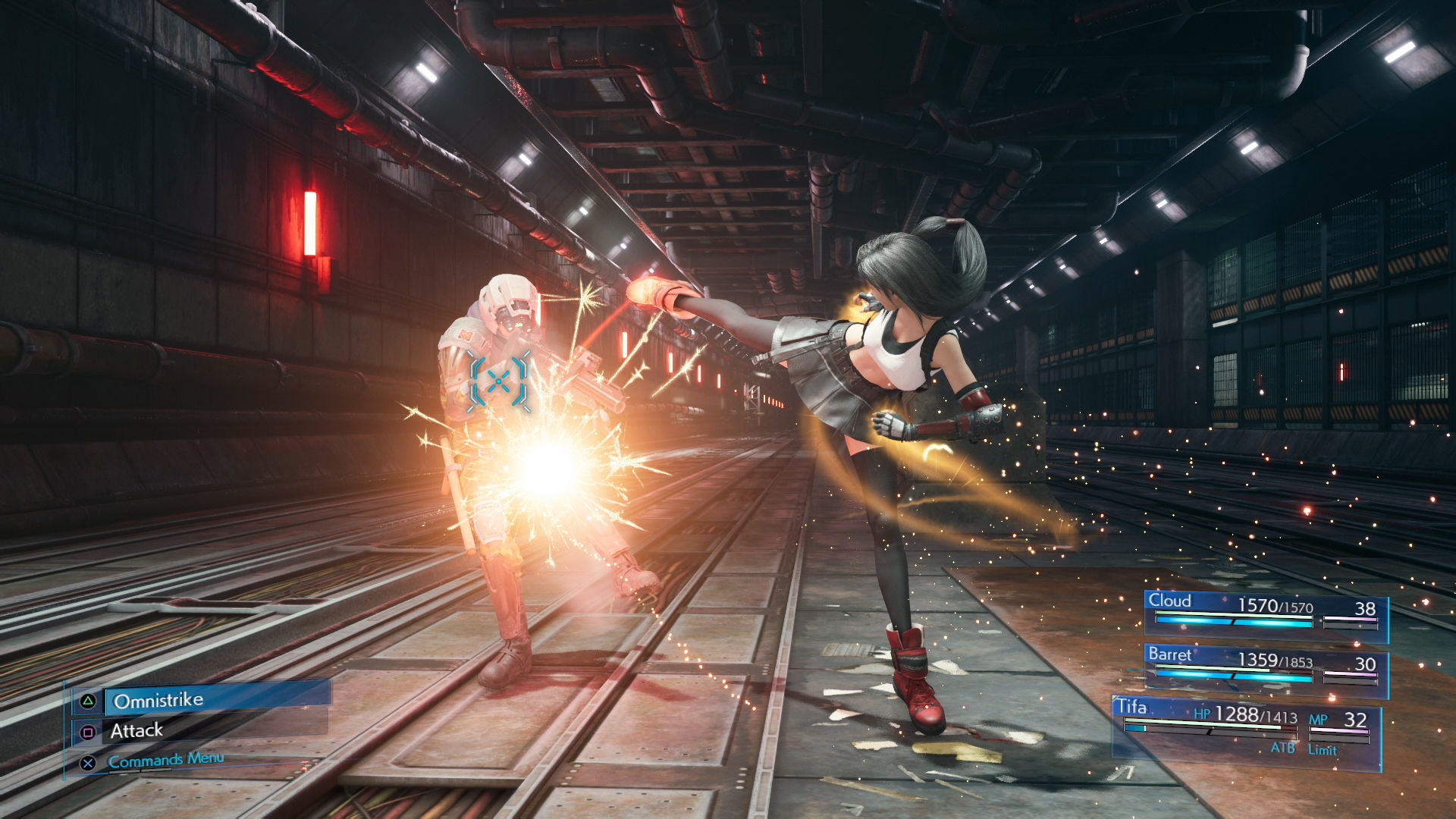 Even without diving into the classic mode you get a bit of flexibility as to how you play. If you want things to stay slow you can use those menus to pick attacks, and coordinate your team exactly the same way. If you like things faster-paced you can bind a few ATB moves to shortcuts, and switch directly between characters to control them each in turn, without ever pausing the action.

There’s still plenty of strategy to combat despite the more aggressive pacing. Enemies have strengths and vulnerabilities, and can enter both Pressured and Staggered states, which give you the chance to press your advantage. The shift to real-time combat also allows new types of fights that were impossible before, requiring you to dart behind shielded enemies or circle bosses to discover specific weak points to target.

Square has spent the last few Final Fantasy games playing with how far it can push JRPG tropes towards more fluid fights, and the system here feels like a natural evolution. It’s fast, it’s fun, and it’s flexible enough that it might just achieve the impossible: pleasing everyone. 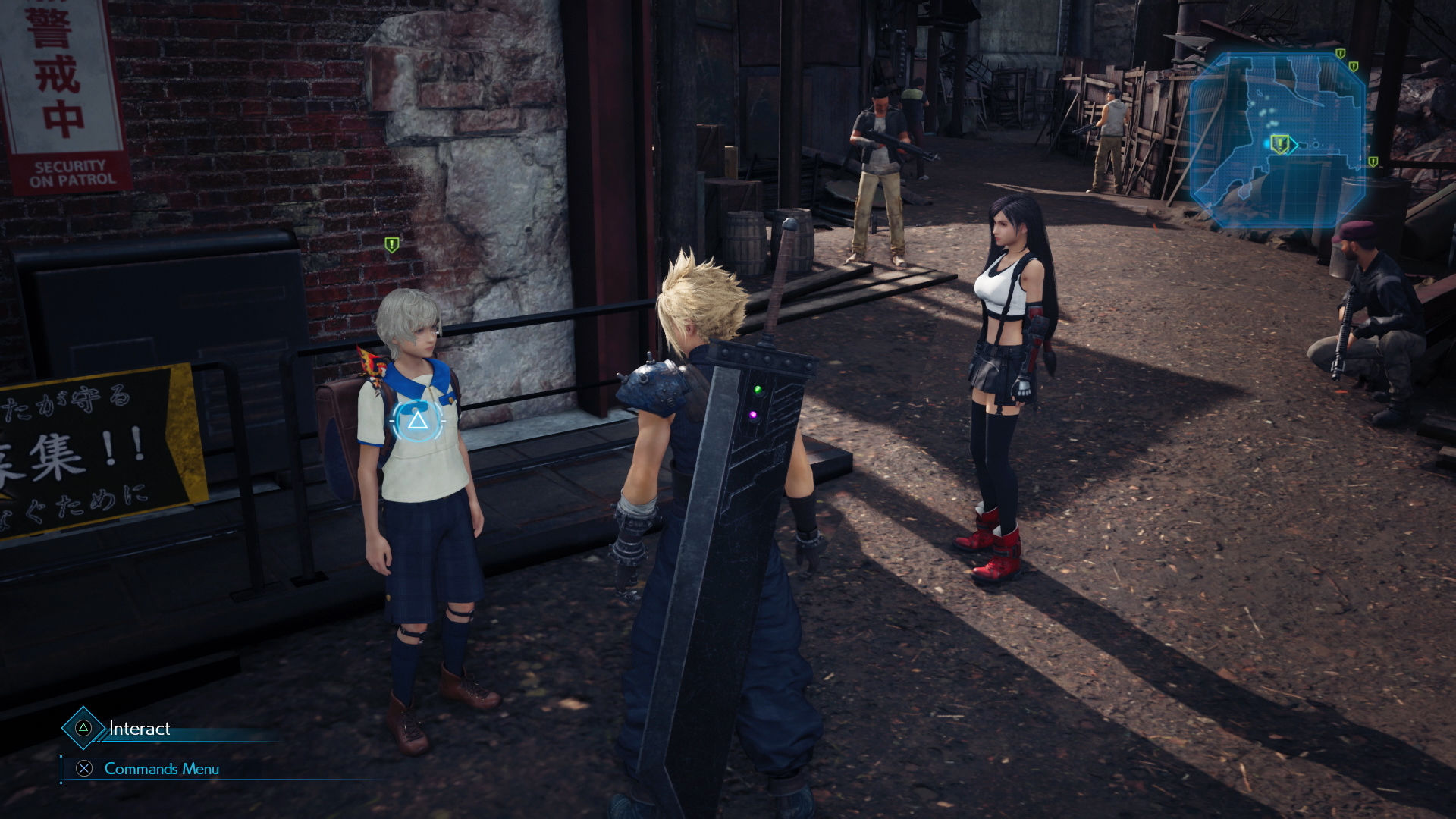 I don’t want to dwell on the graphical enhancements too much, because you can see for yourself in the gameplay footage above. This is a pretty, pretty game, one that edges tantalisingly close to photorealism before smartly veering off into some welcome stylistic flair.

The character models have had the greatest transformation of course, helped most of all by AI-driven tech that generates lip-synced animations to suit every different language dub while matching the emotional tone of the dialogue. Essentially, whatever language you play in, the way characters talk should just look right.

The world they’re in will too, with an expansive take on the city setting of Midgar that makes it feel more like a lived-in setting. The two chapters I played were a fairly linear affair, but the game will no doubt open up as it progresses, giving players the chance to explore the city in full – and based on what I’ve seen so far there’s a good chance it will actually feel like a city. 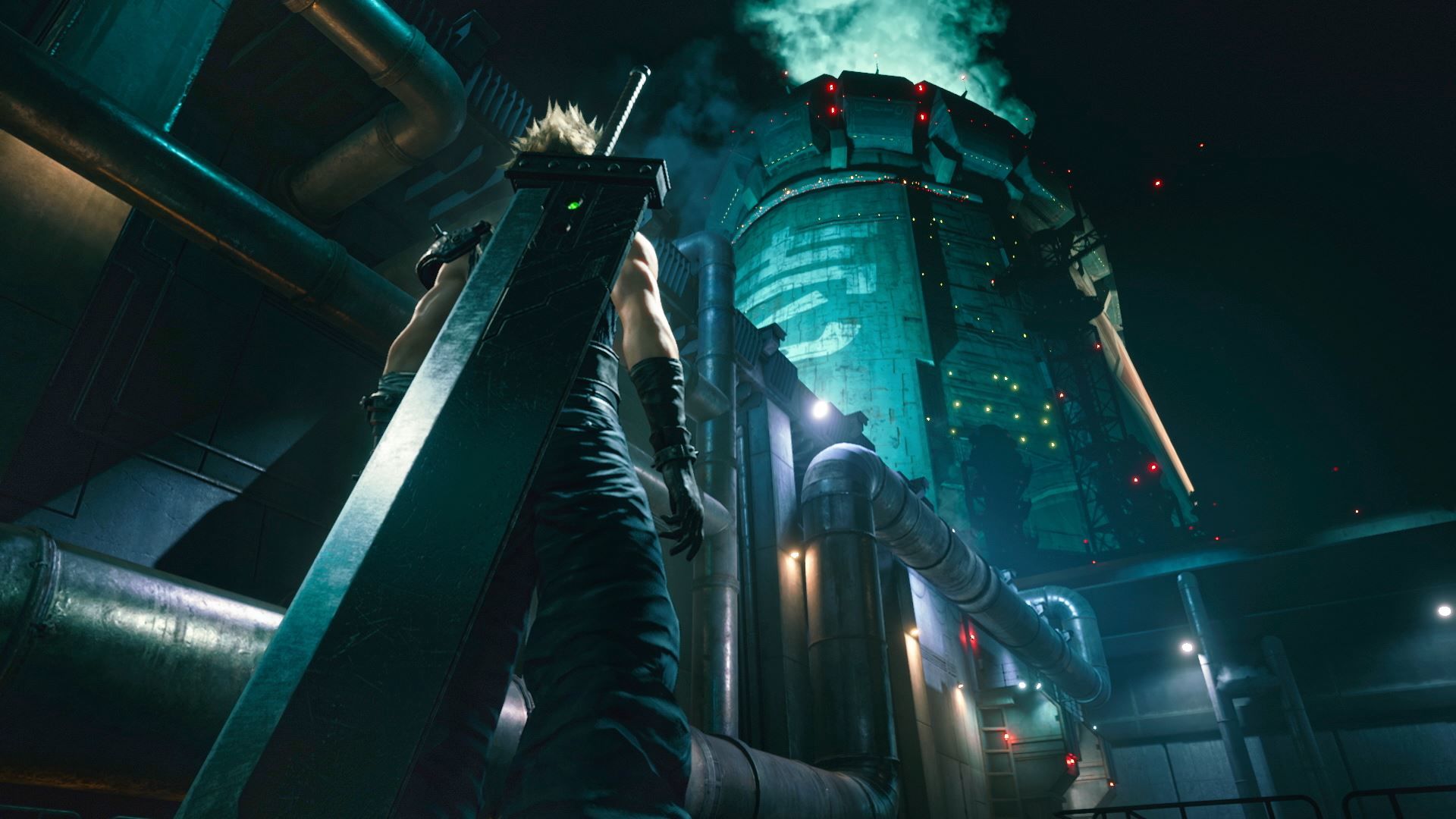 Of course, that ties into one of the game’s more controversial moves: ending its story as Cloud and the gang escape Midgar, and leaving everything else for a future game – or games.

Square has been keen to emphasise that this will still be a full game in its own right – across two Blu-ray discs on PS4 and as long as any other mainline Final Fantasy title – but that feels like as much of a threat as a promise.

Expanding an already slow story to be even slower doesn’t bode well, and my fear is that the Final Fantasy 7 Remake will be bogged down by fan service and fluff to hit a runtime that’s excessive anyway.

From what I’ve played so far, that still feels like a risk. The opening reactor strike is a reshuffled version of the original that probably runs about as long – 45 minutes or so – but Cloud’s journey to the train has been expanded massively to hit that length itself. 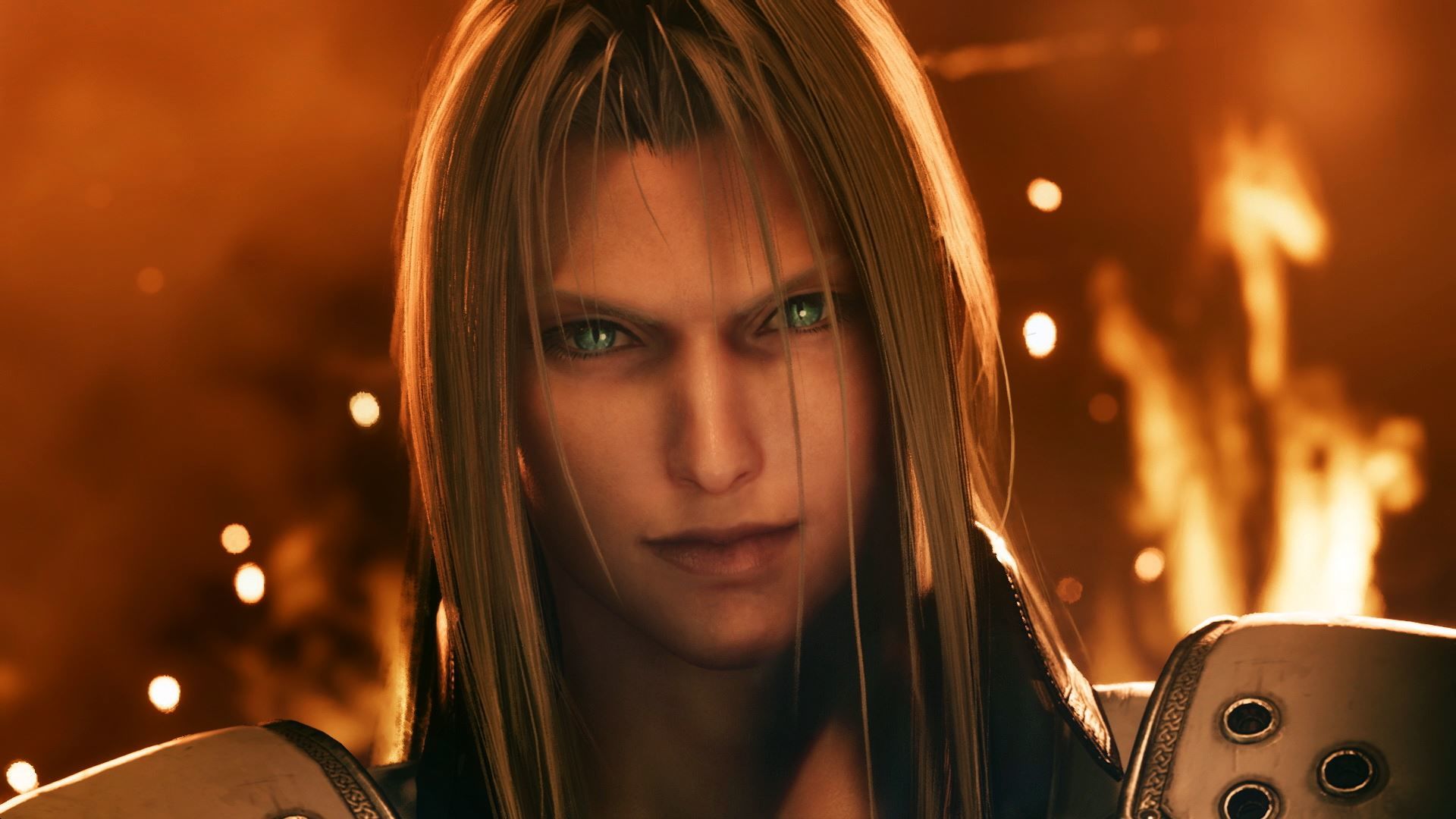 Some of it works well – a hallucinogenic encounter with Sephiroth, an improved intro for Aerith – but by the end it devolves into a string of ever-escalating combat encounters, the sort of endless action you’d normally associate with the last 30 minutes of a Marvel movie, not a fan-favourite, story-driven role-playing game.

Still, there’s light at the end of the 100-hour-JRPG tunnel. Playing through just these first two hours it’s clear that Square is willing to twist the story structure around, introducing even key characters like Sephiroth or the head of Shinra in whole new ways that serve to make these early story hours feel faster even as the runtime has probably actually gone up.

If Square can sustain that approach across 100 hours – no small ask – then the Final Fantasy 7 Remake could justify Square’s extravagant multi-game plans and prove this is more than a nostalgia-laced cash grab.

And if not, we’ve always got the original – though you may find it’s no longer all it’s cracked up to be.