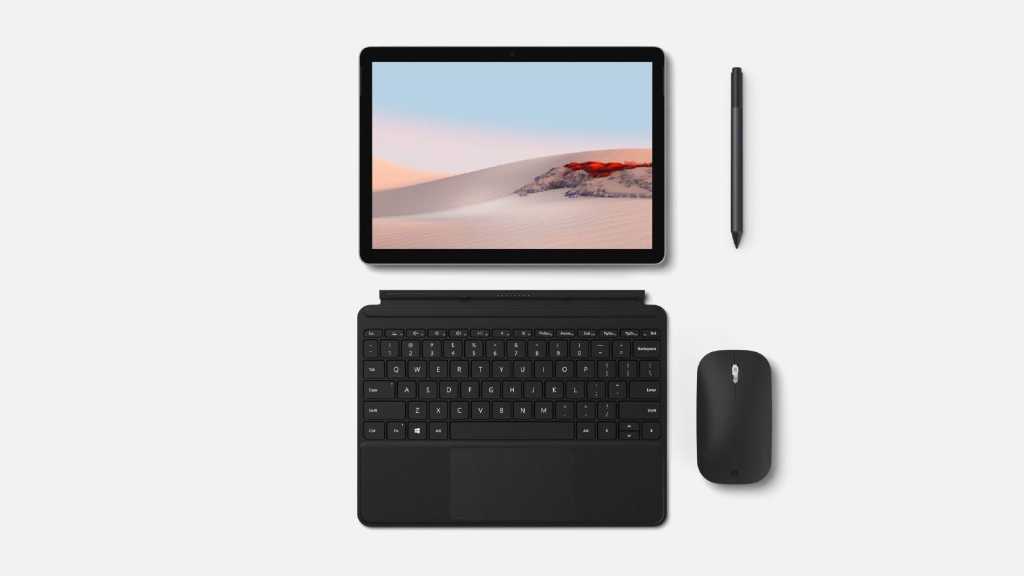 The Surface Go 2 is finally here. Microsoft’s budget 2-in-1 has had a significant refresh, more than 21 months after the original arrived.

There are a number of key upgrades here, which should make the entry-level Surface device more tempting for a lot of people.

When is the Surface Go 2 release date?

Microsoft defied rumours of a staggered release schedule, dropping a host of new Surface products on 6 May. In addition to the Surface Go 2, we also saw the Surface Book 3, Surface Headphones 2 and Surface Earbuds.

The company may have brought the release date forward as a result of the coronavirus pandemic, which meant it was impossible to hold an in-person event.

The Surface Go 2 went on sale on 12 May, and is now available from the Microsoft website.

How much does the Surface Go 2 cost?

The Surface Go 2 starts at £399/US$399, although this will only get you 4GB of RAM and 64GB storage. In this case, we’d highly recommend paying a little extra for a far better experience.

Full configuration options are as follows:

Microsoft continues to sell the Type Cover separately, with this crucial accessory starting at £99.99. You’ll have to shell out another £99.99 for the Surface Pen, although both accessories from the original Surface Go remain compatible with the new model.

What’s new with the Surface Go 2?

The Surface Go 2 bears more than a few similarities to the original, but that’s by no means a bad thing. It also doesn’t make this an iterative update, with a number of key areas seeing significant upgrades.

Chief among these is a new screen size. The bezels on the Surface Go 2 have been slimmed significantly, meaning it can now squeeze a 10.5in display into the same body. This is at a resolution of 1920×1280, giving it the 2:1 aspect ratio that is becoming increasingly common on modern laptops.

The Go 2 has also seen a serious boost to performance, with most models sporting the latest Intel Pentium Gold 4425Y processor. However, there is also now a version with a Core m3 processor, which Microsoft says will boost performance by 64 percent and deliver improvements to battery life.

The front-facing camera is also now 5Mp, and capable of supporting 1080p Full HD video. The Go 2’s release may have been brought forward so people could make the most of it while still stuck at home. It also still supports Windows Hello to unlock the device with your face.

There are also now studio microphones on the Surface Go 2, which Microsoft says will improve the audio experience.

The Surface Go is undoubtedly the most fun line of Microsoft computers, and that’s reflected in a range of new colour options for the Type Cover. All configurations are available in Platinum, Black, Poppy Red (Alcantara), and Ice Blue, although you’ll have to stick with grey for the tablet itself.

Check out our monthly round-up of the best Microsoft Surface deals.