Apple has unveiled the next iteration of the iPhone operating system – iOS 14, not iPhone OS – at its all-digital Worldwide Developers Conference opening keynote. Despite whispers of iOS 14 being an iterative update focused on performance boosts and bug fixes, there’s a plethora of new features coming to iPhones this time around – some of which have a distinctly Android feel about them.

We’ve gathered together all of the latest news about iOS 14, including key new features, which models will be compatible and when you can expect it to appear, right here.

When will iOS 14 be available?

iOS 14 will begin rolling out to current iPhones from today, 16 September. If it’s like previous years, it should roll out at 6pm in the UK.

That means the new software is actually launching before the iPhone 12 – still unannounced.

If you want to try out the update on your iPhone before release, take a look at how to get iOS 14 right now. 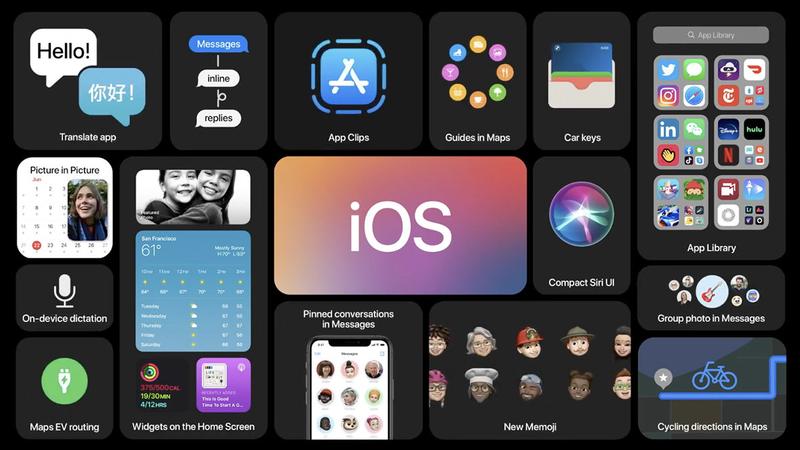 Which iPhone models will be able to use iOS 14?

There was heavy speculation pre-reveal that iOS 14 would be available on all models that were compatible with iOS 13, and Apple confirmed during WWDC 2020 that this is indeed the case. With that being said, you’ll be able to use the new iOS 14 with the following devices:

As with previous releases of iOS, there are far too many new features to list here, but there are a handful of headline features Apple fans should be excited about.

The first is widgets – yes, that thing Android users have had access to for years. In iOS 13, widgets are locked to the Today view, accessed via a swipe from the Home screen, but they’ll be available directly on the Home screen in iOS 14. You’ll be able to resize them to fit alongside your apps, and to add them, there’s a new “widget gallery” that users can browse their collection of widgets.

There’s also a handy new Smart Stack widget that suggests relevant apps based on your location, time of day and other factors, much like the Suggested Apps widget in the Today view in iOS 13.

Another big announcement is that of the new App Library, a feature that automatically organises all the apps on your iPhone into groups and lists – you’ll even get a folder automatically populated with all the Apple Arcade apps you’ve currently got installed. Because of this new way to display your collection of apps, Apple has made the decision to allow users to hide apps from their Home screen in iOS 14, which should make Home screens much cleaner and easier to navigate.

That sounds a lot like what Android users can do, and that’s largely because it is – the App Library is similar to Google’s App Drawer, although Apple’s option has more in the way of smart organisation, and Android users have been able to remove apps from the Home screen for years. Still, it’s nice to see it finally available on iOS.

Elsewhere, Siri has had a facelift in iOS 14. Instead of taking over your entire display as is the case in iOS 13, activating Siri in iOS 14 will bring up a small compact overlay at the bottom of the screen, complete with a cool Siri icon animation. Siri has had an upgrade in the smarts department too, with the ability to send audio messages instead of just dictated messages, the ability to help search for things online and more. 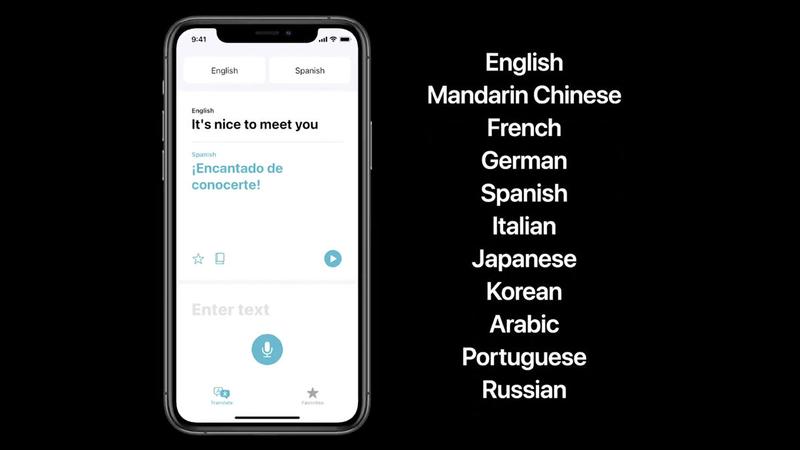 Messages is another app that has had some TLC in iOS 14. The headline feature is the ability to pin important contacts and message threads to the top of the app for easy access, but there’s also new Memoji features – including a face mask option, new options for age and three new Memoji stickers – and the ability to create threaded conversation replies in group chats.

Oh, and for those particularly chaotic group chats, you’ll now be able to mention recipients directly, and you’ll also be able to set your notifications so you’re only alerted when you’re mentioned. It’s a feature in most third-party messaging apps, but it’s nice to see it finally available in Apple’s native messaging app.

Apple Maps has had an upgrade too. In iOS 14, it’ll feature new curated guides from travel companies like Zagat and AllTrails to provide better recommendations for things to do. You’ll be able to look up a city you’re due to visit, and it’ll provide you with information on fun things to do, cool places to eat and more. Oh, and those cool new maps Apple rolled out to the US earlier this year? It’ll be available in the UK, Ireland and Canada in iOS 14.

Maps is also getting support for cycling with a cycling-specific navigation mode that takes elements like elevation, bike paths, stairs and road congestion into account when plotting your routes. Sadly, the cycling functionality is limited to NYC, LA, San Francisco’s Bay Area, Shanghai and Beijing at launch, although Apple claims more are coming in future. It’ll also offer a new EV Routing feature that takes factors like your car’s current charge, weather, elevation on your trip and more, and will route you to a compatible EV charging station.

CarPlay is receiving a handful of quality of life improvements too, including support for custom wallpapers and a bunch of new app categories. You’ll be able to install parking apps, EV charger apps and fast food takeaway apps via CarPlay, allowing you to order your takeaway while on your way home from the office. Apple is also adding support for NFC car keys in iOS 14, working with BMW to bring the feature to the 2021 BMW 5 Series later this year, with other cars coming in future.

App Clips are another new addition to iOS 14, and it’s essentially Apple’s answer to Google’s Instant Apps which, admittedly, never really caught on. App Clips are speedy card-based app snippets you can access without having to download the app in question. Examples given during the keynote included the ability to rent an eScooter – simply tap your iPhone to the NFC point to bring up the app, log in with Sign In With Apple and then pay with Apple Pay. Apple Clips can work via Safari, NFC tags, new Apple-designed QR codes and even via the Messages app. 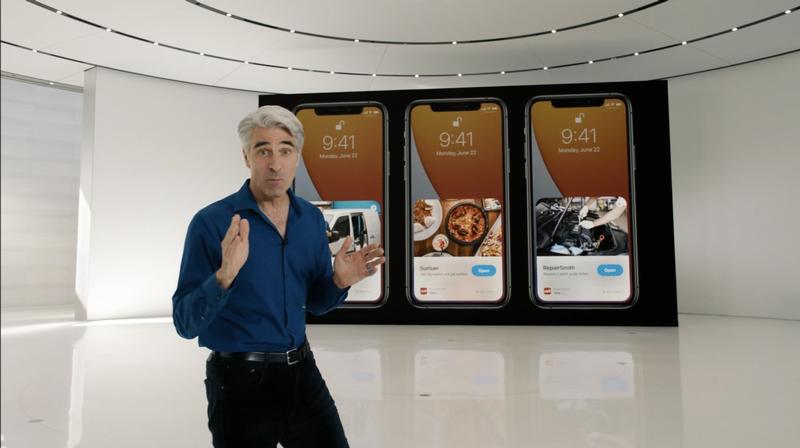 Alongside headline features, there are a bunch of smaller quality-of-life updates in iOS 14. Much like iOS and iPadOS, iOS 14 will see the introduction of universal picture-in-picture mode, allowing you to minimise any playing video while scrolling through Twitter, replying to messages and just about anything else.

There’s also a redesigned incoming call UI, no longer taking up the entire display and locking you out of what you were doing whenever you get a call, and the Health app has become more encompassing, now including information on audio health and a new Health Checklist.

And, for the first time ever, you’ll be able to replace the default Mail and Browser apps, opening links in Chrome (or whatever you choose) by default.

For more on upcoming features, take a look at our top iOS 14 tips and tricks.