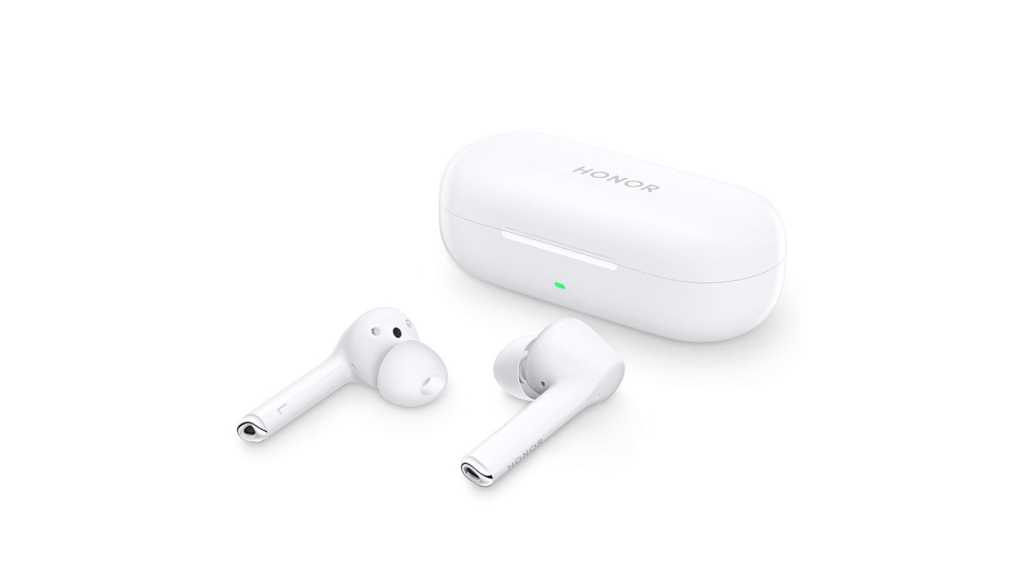 After three generations of wireless earbuds from Huawei, sub-brand Honor has made a statement of intent with its own premium offering to rival the likes of Apple and Sony. Launched alongside the Honor 9X Pro smartphone and MagicBook laptop, the Magic Earbuds offer another option in the burgeoning true wireless earbuds market.

There’s an obvious resemblance to the £249 AirPods Pro, albeit without the premium price tag.

Honor says the Magic Earbuds have been designed with fitness enthusiasts in mind, but the three different sizes of tips should ensure a solid fit in all scenarios. It’s nice to see Robin Egg Blue offered as an alternative to the standard Pearl White we see on so many wireless earbuds.

There are three microphones on each earbud, which help with a feature Honor is calling ‘Hybrid Active Noise Cancellation’. While this is not full noise cancellation as we know it, it should be effective at reducing outside noise during calls. It’s unclear whether this effect will extend to music playback. 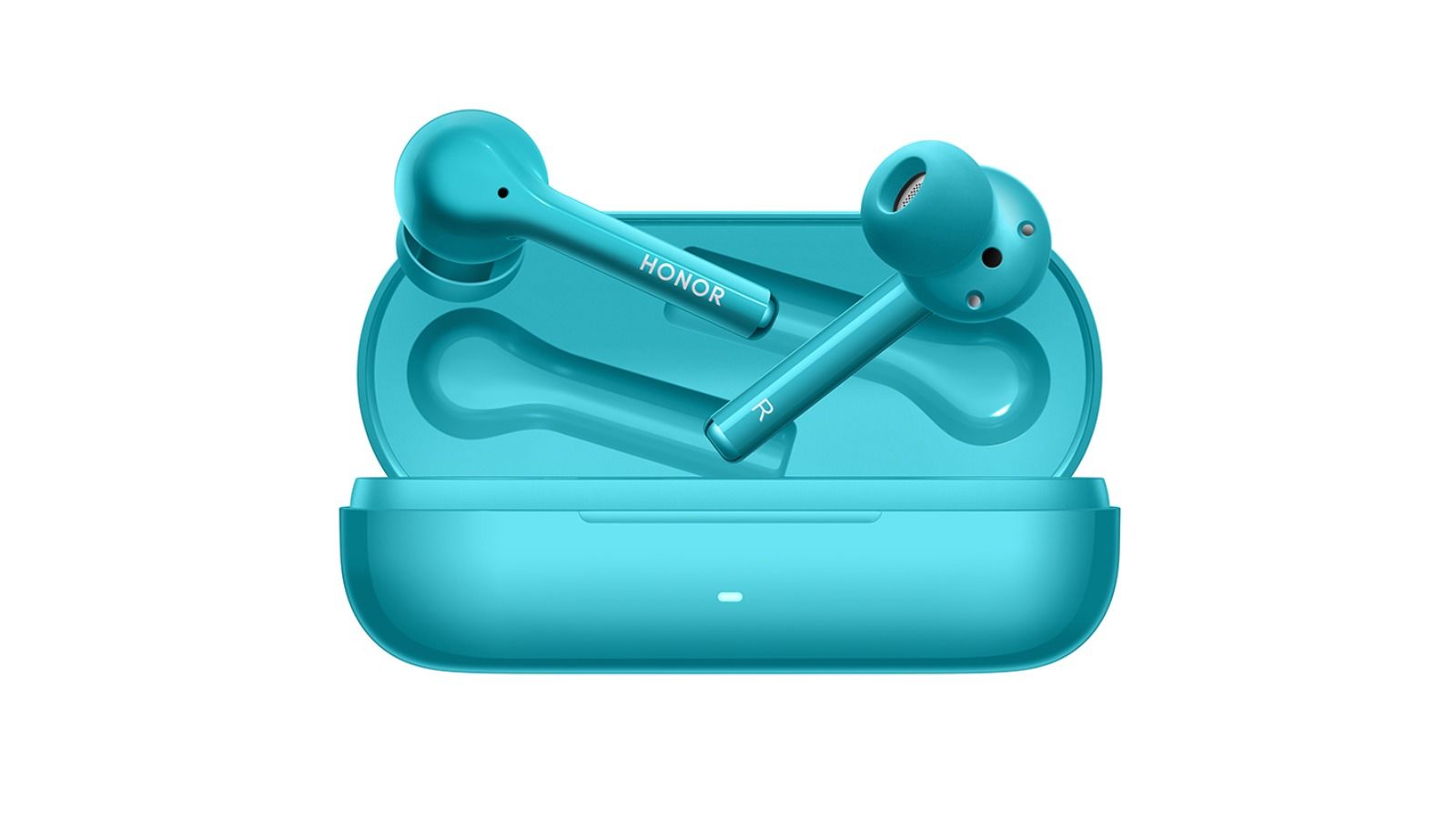 Samsung’s Galaxy Buds+ have really increased expectations when it comes to battery life, so on first impressions the Magic Earbuds seem a little underpowered. Honor is claiming 3 hours of calls or 3.5 hours of music playback on a single charge, while this becomes 12 and 13 hours respectively via the charging case.

Unfortunately, there’s no wireless charging here, so you’ll have to use USB-C.

The Magic Earbuds will work with any phone via Bluetooth, but they have a few tricks up their sleeve if you’re using a phone running EMUI 10. Like AirPods, the buds can connect to your phone seamlessly as soon as you open the case, as well as automatically wake and play/pause thanks to intelligent wearing detection.

However, to get these extra features you’ll probably be compromising on Google Play services. The only smart feature to be available across no matter what device you connect to is the touch controls on each earphone. These can be customised in the Huawei AI Life app.

Honor is set to continue its tradition of undercutting parent company Huawei on price. While the Freebuds 3 cost £169.99 upon release, the Magic Earbuds will retail for just €129 (approx £108) when they launch in April.

Of course, these earbuds cannot be judged until we’ve had a chance to test audio quality. It remains to be seen whether they can be considered among the best true wireless earbuds on the market.