Realme couldn’t go ahead with its first MWC launch, but went ahead with an event for the X50 Pro 5G in Madrid on the same day. Here’s what you need to know about this power-house smartphone including release date, price and specs.

You might not have heard of Realme yet, but it’s another Chinese phone maker ready to take on the big names following the likes of Xiaomi, OnePlus and Oppo. The phone follows the Realme X2 Pro.

When is the Realme X50 Pro 5G release date?

There’s really not long to wait for the X50 Pro 5G as it will be available starting today, 24 February, at 6pm (India time) from realme.com and Flipkart.

In Europe it will arrive in April and the UK has a release date of 13 May via Realme and Amazon.

How much does the Realme X50 Pro 5G cost?

The X50 Pro 5G is available in three different variants, all with 5G so you just need to choose how much memory and storage you want:

Note that the 6/128GB is not confirmed for the UK. At these prices, it must compete with the likes of the OnePlus 8 and Galaxy S10 Lite.

What are the Realme X50 Pro 5G specs?

We already knew a bunch of things about the X50 Pro ahead of the launch including its Qualcomm Snapdragon 865 5G processor, 90Hz refresh rate and 65W SuperDart charging. However, here’s the full run down now the device is official and it’s not far off some of the Galaxy S20 phones,

Realme says the X50 Pro 5G will be the first 5G phone available in India, despite the lack of a network to use it on just yet. The Snapdragon 865 is extremely powerful and can get a score of over 600,000. It covers the major 5G bands and has a total of 13 antennas (8 of which are for 4G/5G) to ensure stable connectivity 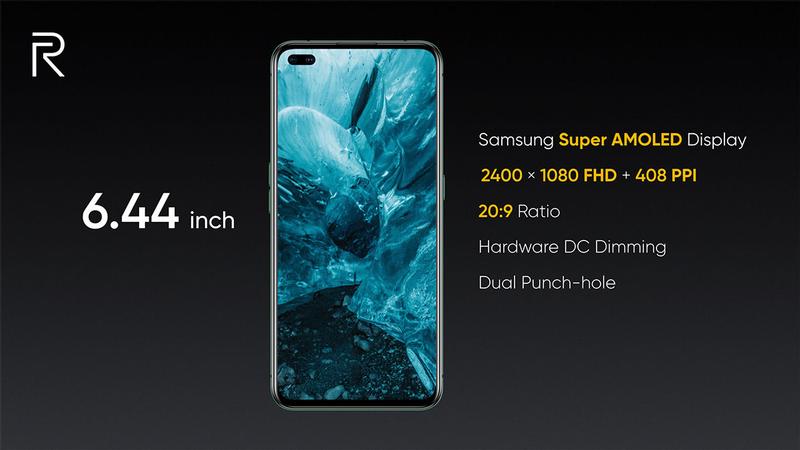 The screen is 6.44in via Samsung and uses Super AMOLED technology with a Full HD+ resolution, 20:9 aspect ratio, 1000nit brightness and pill shaped punch-hole cut out for the two front facing cameras. There’s a 92% screen-to-body ratio, 90Hz refresh rate and up to 180Hz touch sampling rate.

At the back is four more cameras starting with a 12Mp telephoto that can offer up to 20x hybrid with smooth zoom feature. There’s a 64Mp main camera, an 8Mp Ultra wide (119 degrees) and macro (3cm), then finally a black and white portrait camera with an f/2.4 aperture. 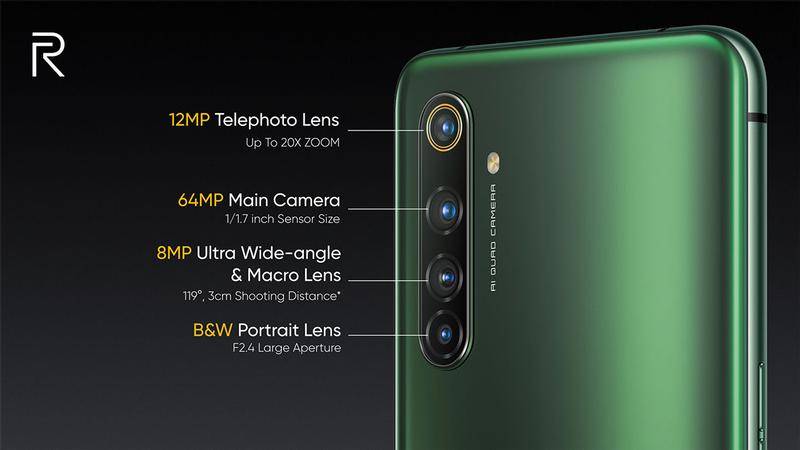 Camera features include Super Nightscape 3.0 which can do up to 50 seconds long exposure on a tripod and an Expert mode with various settings for saving RAW images.

The insane 65W SuperDart charging – with the charger supplied in the box – will mean you can get the 4200mAh battery from dead to full in just 35 minutes. Realme claims a tiny three minute top up will provide you with enough charge to watch 100 minutes of video.

Embedded in the screen is a fingerprint scanner which Realme says can get the job done in just 0.27 seconds. 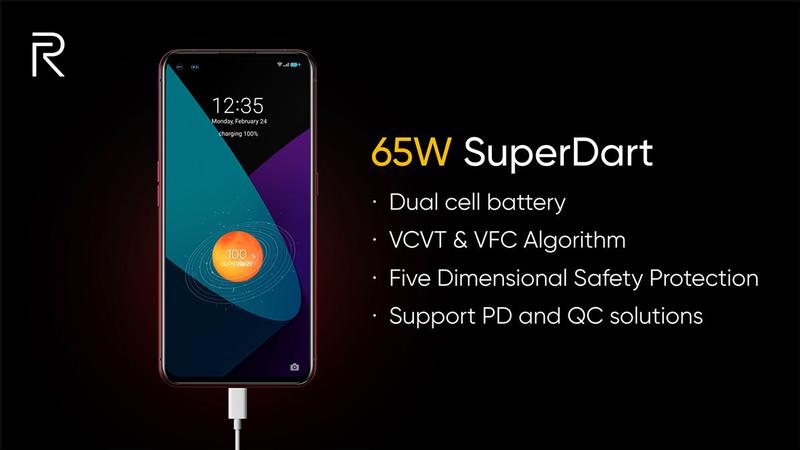 The phone comes with dual speakers with support for Dolby Atmos and H-Res, plus even has a headphone jack. Realme says you can connect a pair of wired and wireless headphones at the same time.

Other features of the phone include a Tectile Engine Linear Motor, Wi-Fi 6, NFC, Dual Channel GPS, LPDDR5 memory and Dual Channel UFS 3.0 storage. The latter allows apps to boot 40% faster. As mentioned earlier you can get up to 12GB of RAM and 256GB storage for not much more than the other models.

On the software side, the X50 Pro 5G will come with a new version of Realme UI based on Android 10 ColorOS 7 which the firm says is closer to stock. It features things like Sunrise Dark Mode, HyperBoost and customisable icons.