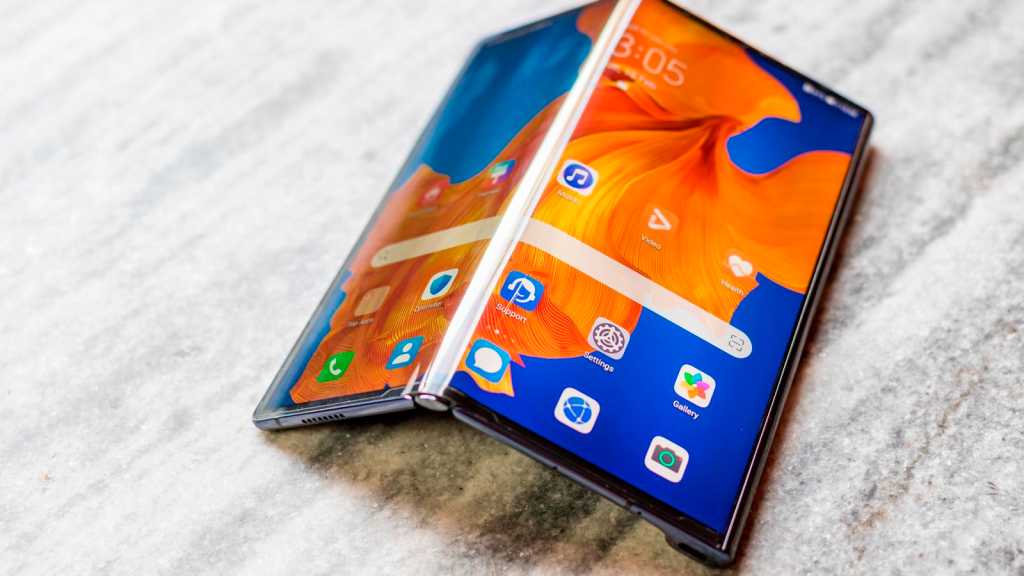 The Mate Xs is Huawei’s second foldable phone, a conservative follow-up to last year’s Mate X that doesn’t reinvent the form factor, but instead tweaks, refines, and bumps up the specs. It also packs a lot of crunch.

Yes, crunch. Grindy, crackly, did-I-just-break-something crunch, the kind of snap, crackle & pop that would put Kellogg’s to shame. Every time you fold or unfold the phone to its full-screen state, there’s a noticeable crunching sensation from the hinge. It’s not the sort of noise that’ll carry across a room, but anyone you’re trying to show your fancy phone off to will definitely hear it crackle.

More importantly, you’ll feel it, every single time you open and close the phone, with just that little bit too much force required to bend it each way. Huawei’s reps tried to sell this extra resistance as part of the ‘premium’ feel of the phone, but to me it just felt slightly off in a way that neither Samsung nor Motorola’s foldables have so far.

Now, I’m not suggesting that something isn’t working as intended. Every foldable yet has had its share of durability concerns – even Samsung’s brand-new Z Flip has been embroiled in controversy over how tough its ‘ultra thin glass’ display really is – but a crunchy noise isn’t necessarily the sign of a defect. 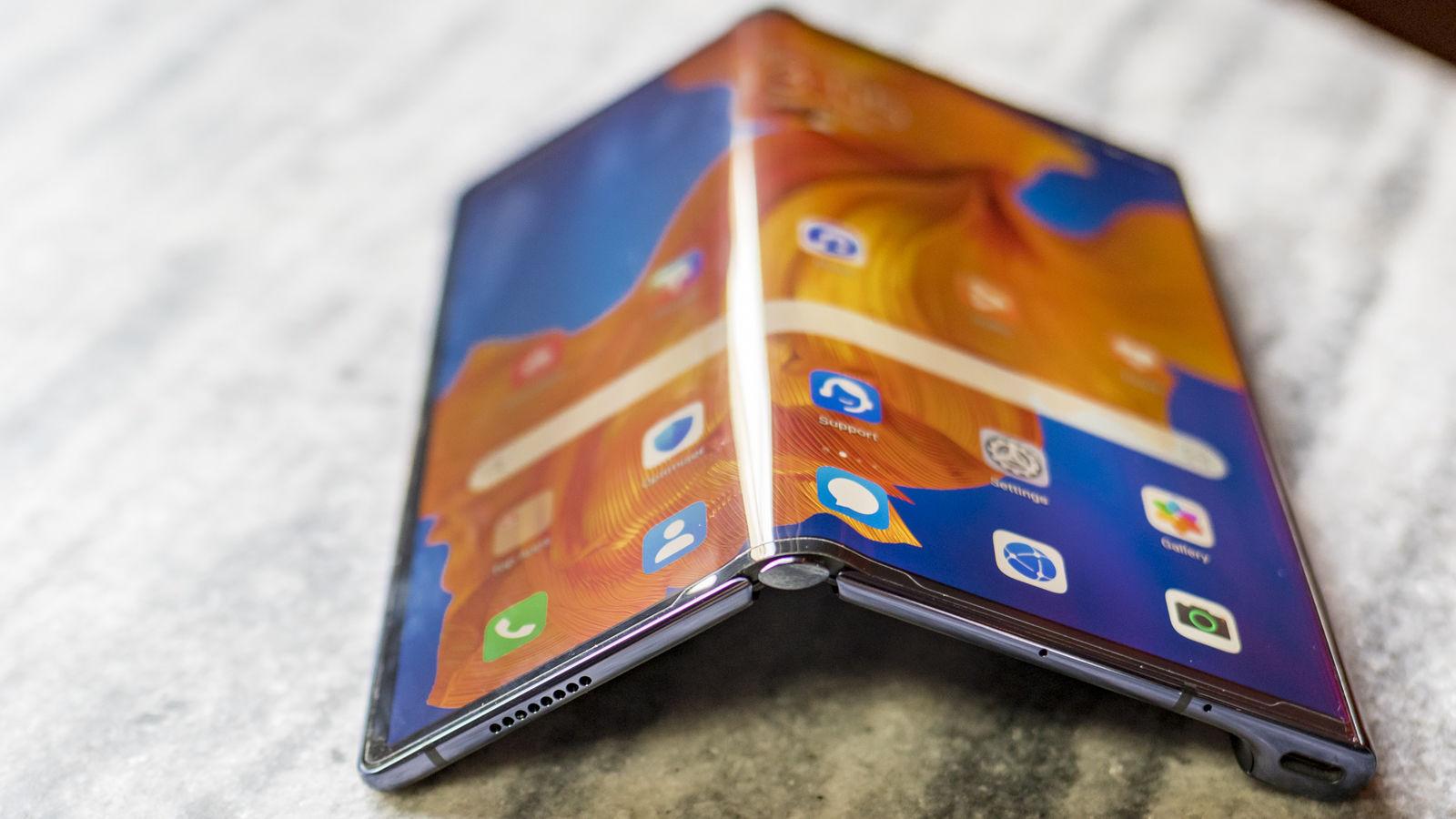 Instead it’s more likely just part and parcel of the improved ‘Falcon Wing’ hinge, which Huawei says is more robust than before. It certainly looks different, with the ‘ribbed’ design replaced by a single column of curved metal that the screen bends around. Despite looking simpler, Huawei says the new hinge mechanism in fact features more than 100 components.

I can only hope that the cronchy crunch is a normal byproduct of all those moving parts, but it’s not the most reassuring of sounds – or sensations. My immediate thought was that I’d broken something the first time I began folding the display – not a worry you want to have when holding an extravagantly expensive phone days before its launch – and I doubt I’ll be the only one.

Things are better at the other end of the fold at least. Huawei’s added a clip that holds the screen together when it’s fully folded, with a red release button that swings the screen out by 45 degrees with a rather satisfying pop, leaving you to open it the rest of the way yourself. 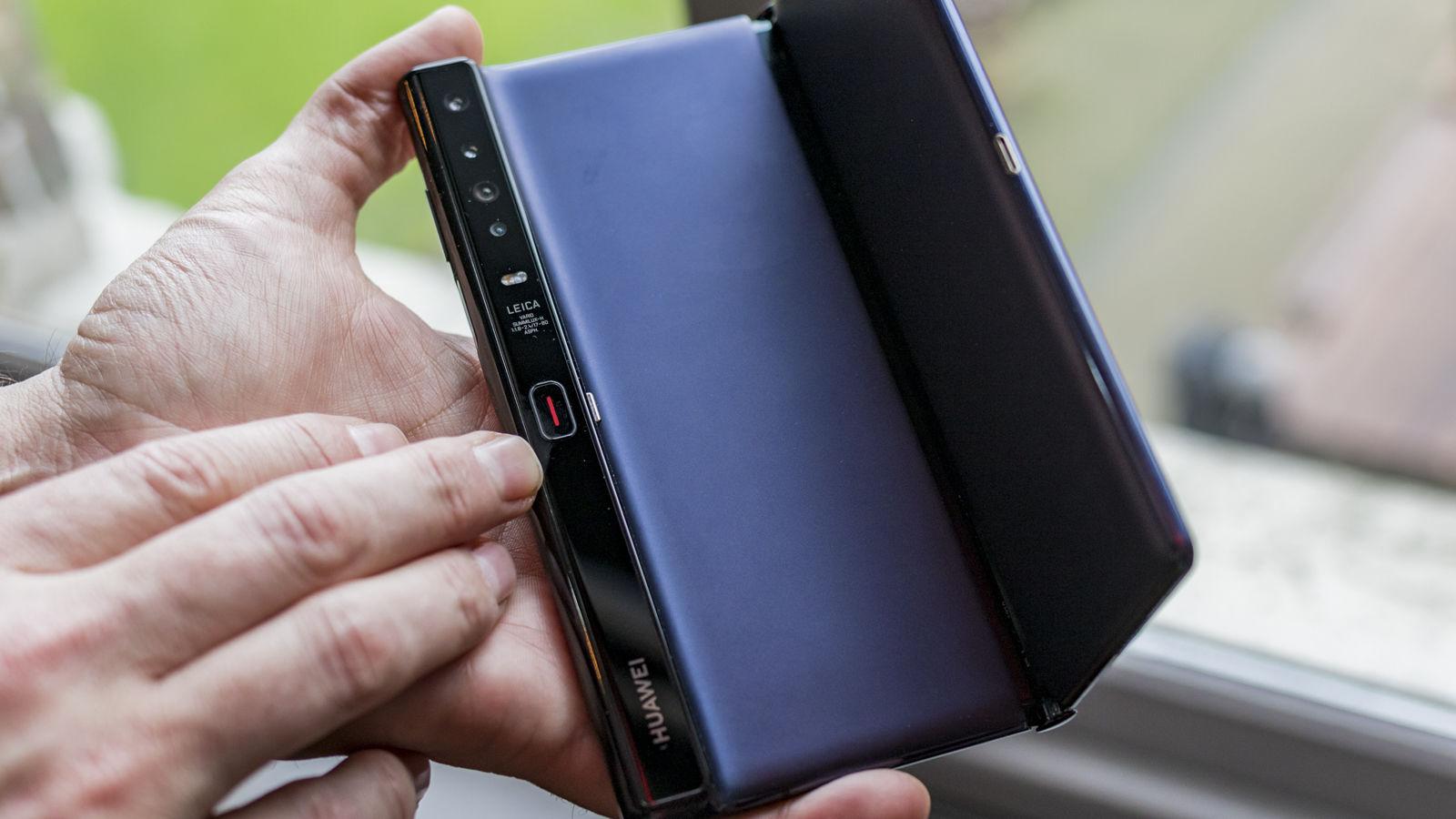 The display itself has been tweaked too. It’s still the same size, aspect ratio, and all that – I believe it’s actually using the same flexible OLED panel – but that’s now just one of four different layers that make up what the company says is a more durable, ‘aerospace-grade’ screen. Perfect for when you need a jarring grinding sound at high altitude.

Otherwise the Mate Xs is essentially a carbon copy of last year’s Mate X, with the same basic design, camera setup, and battery, though it has at least had a processor bump from the Kirin 980 to the newer 990. As before, it has 5G support too, though it should now cover more 5G bands and achieve higher speeds.

I don’t want to sound down on the phone. The Mate X was easily the best of the first generation of foldable devices, and keeping it conservative was probably the smart play for the second go round – at this stage reliability might be a better sales strategy than innovation.

And this is still an incredibly exciting phone, made more exciting by the fact that unlike the first Mate X it actually should be coming to the UK. You can buy the Mate 30 Pro after all, so there’s nothing to stop the Xs reaching British shores, even if it will arrive with no Google apps or infrastructure in tow – though the €200 price bump (up to a whopping €2,499) might hurt when the phone launches in March.