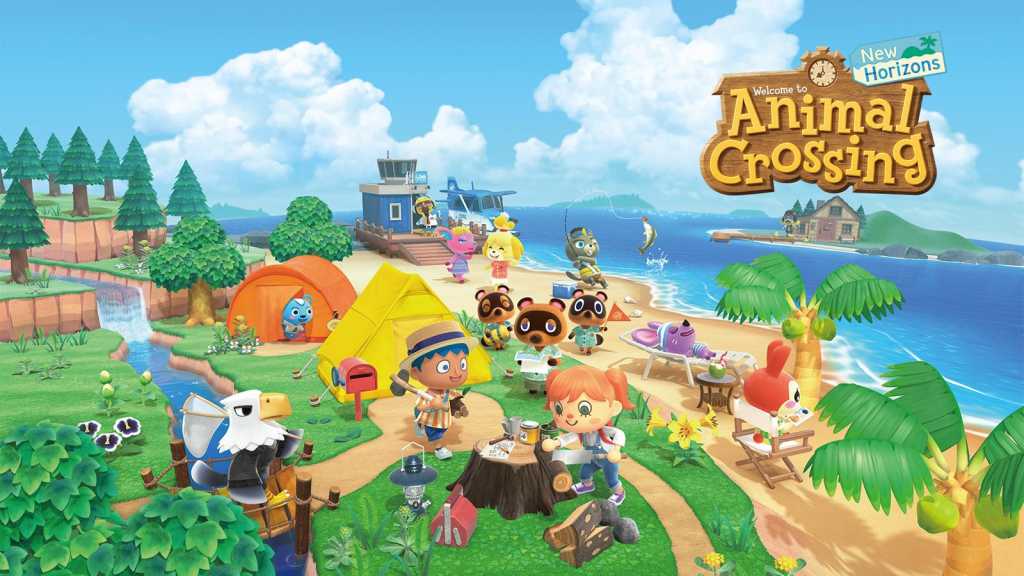 Animal Crossing is finally here on Switch, and ready to cure all of our self-isolation anxiety.

We’ve rounded up everything we know about Animal Crossing New Horizons, including all the information on the Deserted Island Getaway Package, the gameplay, returning familiar faces and the answer as to whether Tom Nook really is an evil mastermind (the answer is yes).

And if you’re still not sold, find out how Animal Crossing (and gaming more broadly) can be beneficial for your mental health.

When is Animal Crossing New Horizons out?

The latest edition of Animal Crossing is out now, after releasing on 20 March 2020, exclusive to the Nintendo Switch.

It’s been nearly eight years since the last main Animal Crossing title, which was New Leaf for 3DS, so it’s safe to say that fans of the series were chomping at the bit for some new material.

Alongside the new game, Nintendo also released a dreamy Animal Crossing edition of the Switch. 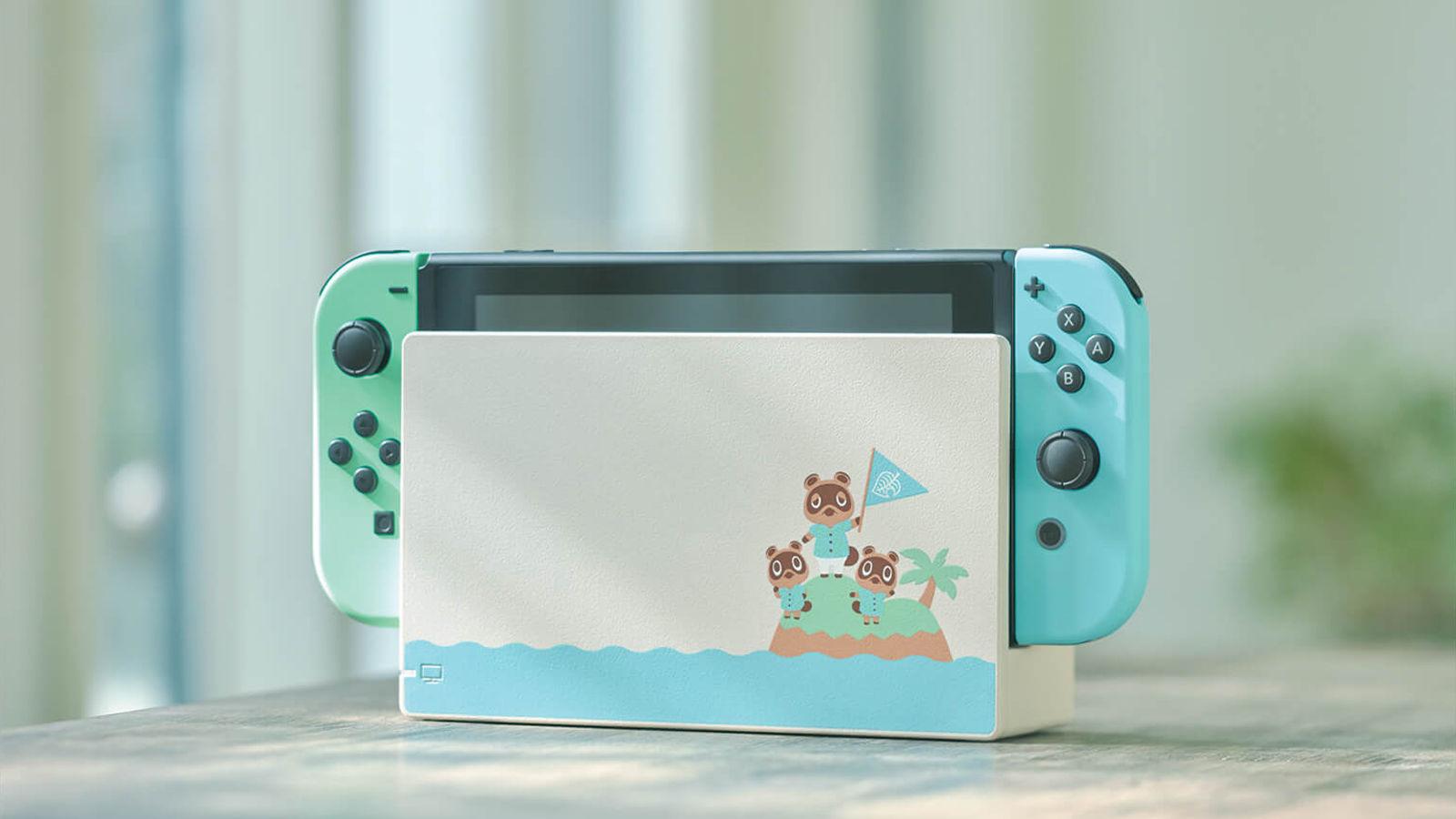 Where to buy Animal Crossing

If you want to grab the game you’ve got plenty of options. Digital codes and physical copies can be bought from  Nintendo UK,  Amazon UK and GAME in Britain, or Nintendo US, Amazon US and Gamestop if you’re in America.

Watch the trailers and footage

If you want to know what to expect when you first boot up the game you can watch this sneak peek into check-in, which includes a quick look at the character creation mode. If you click through to the tweet below, you’ll be able to see the full thread, which includes a section on changing up your look with the dresser later on in the game.

Check-in Procedures ② At the counter, they’ll ask for your name and birthday, and then they’ll take a picture of you for your passport. Take as much time as you need to get yourself looking just the way you want! pic.twitter.com/kJQjUDIREc

If you missed the pre-release deep dive  Nintendo Direct for Animal Crossing, you can watch it all below. We’ve summarised all the gameplay elements covered further down in the article.

This trailer is short and sweet, but includes a Nook presentation all about the Desert Island Getaway Package, and some of the most beloved characters from the series.

We got our first look at official gameplay in an earlier Nintendo Direct in September 2019, with reveals of new additions like the NookPhone, and seasonal changes synched with real time.

There’s also the E3 trailer – which ends with Tom Nook giving the player an overview of their crippling debt. EVIL, I TELL YOU.

Finally, let’s cast our minds back to when the game was first announced, all the way back in 2018.

Unlike some previous Animal Crossing games, you’ll be starting from scratch on the island when you begin the game, and you’ll be in charge of expanding the island’s civilisation from the ground-up.

Here’s all the major gameplay elements that we know about so far:

You can choose which island you want to move to before you go – including whether you’d prefer to be in the Northern or Southern Hemisphere, which will affect the order of the seasons. 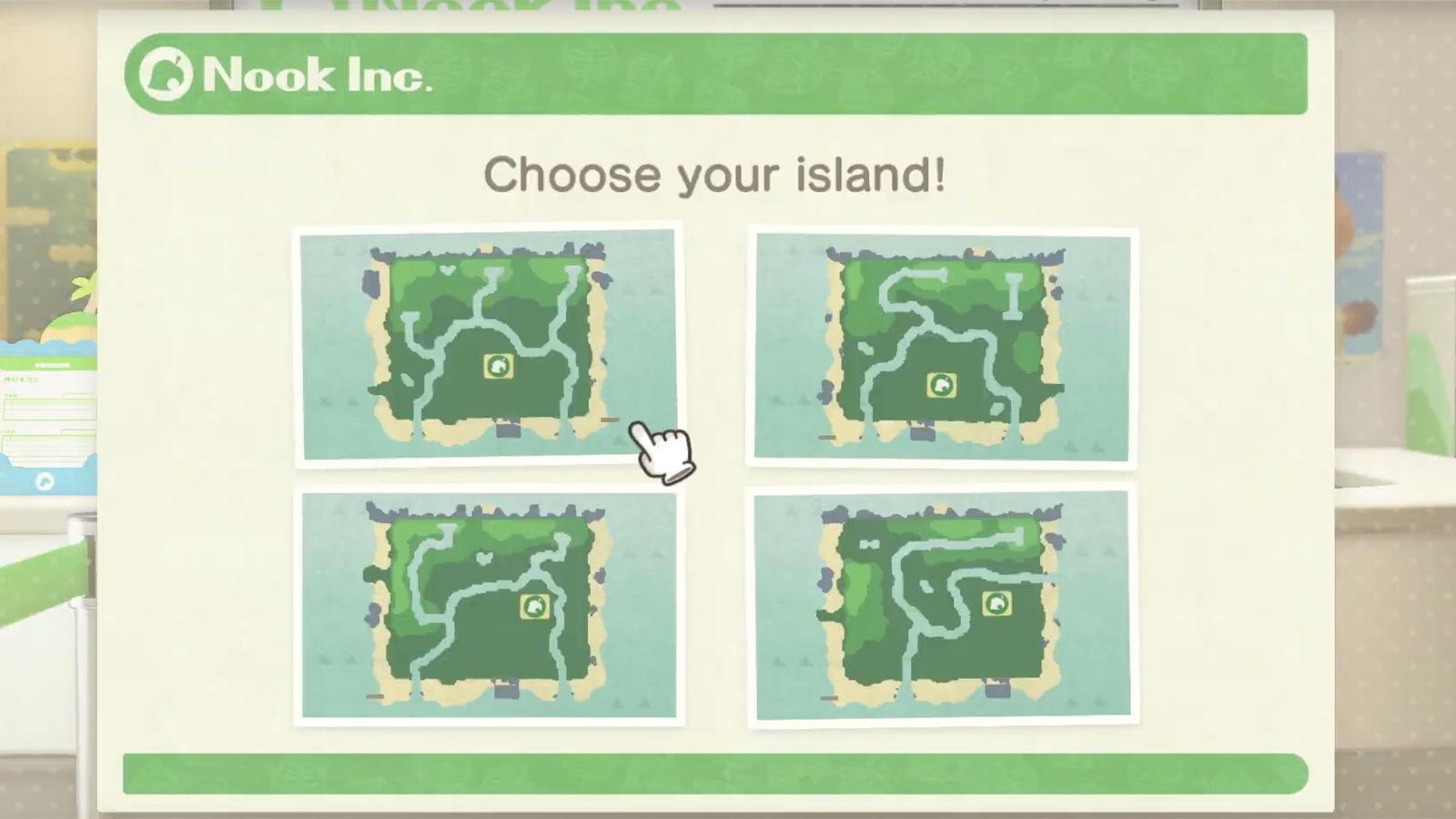 Once you arrive, you’ll have a full orientation to introduce you to island life, and decide on where to pitch your tent. Other residents will be able to give you advice to help you out.

You’ll also have to name your island yourself, but be careful – you can’t change this once it’s been decided, so think carefully!

At the start of every day, Tom Nook will give an island-wide broadcast with the latest news and what activities are available.

The Resident Services centre will get you started with a tent once you arrive, which will be pretty sparse – though Nook Inc. will provide some basic needs to get you started.

However, as you progress through the game, collecting materials and crafting new furniture, you’ll be able to turn your little campsite into a cozy home that’s tailored to your design tastes.

If you’d prefer, you can always build your own house as opposed to living in a tent. Of course, this does come at the price of a LOT of debt (it wouldn’t be Animal Crossing if it didn’t), but this loan has no deadlines, interest or assessment. 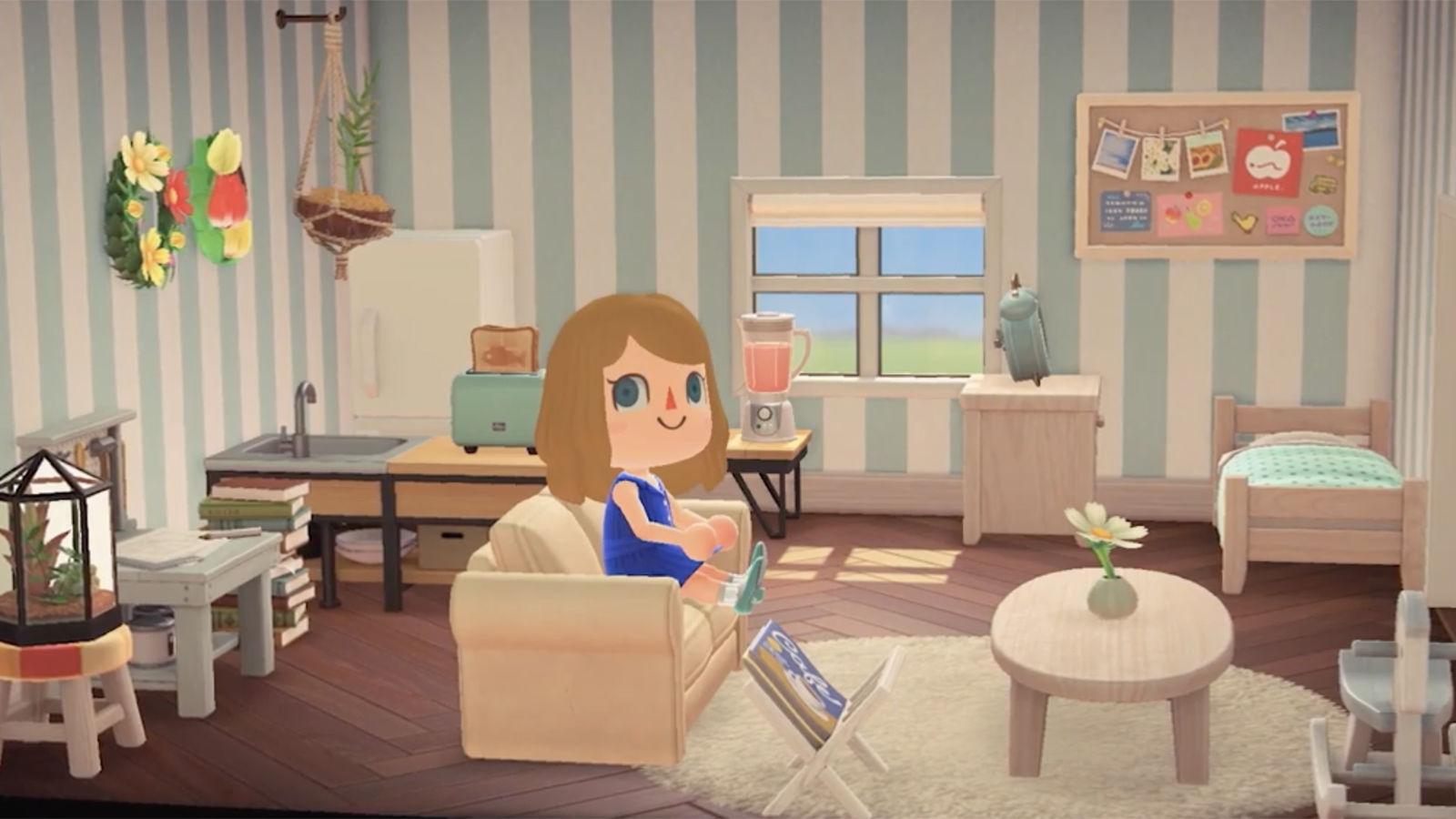 Taking inspiration from the mobile spin-off Pocket Camp, you’ll head on out to collect the materials that you need for crafting on the workbench. The tools you craft will allow you to unlock new items and ways of exploring as you progress. You can find this in the Resident Services tent, where you can also get handy tips on the game. 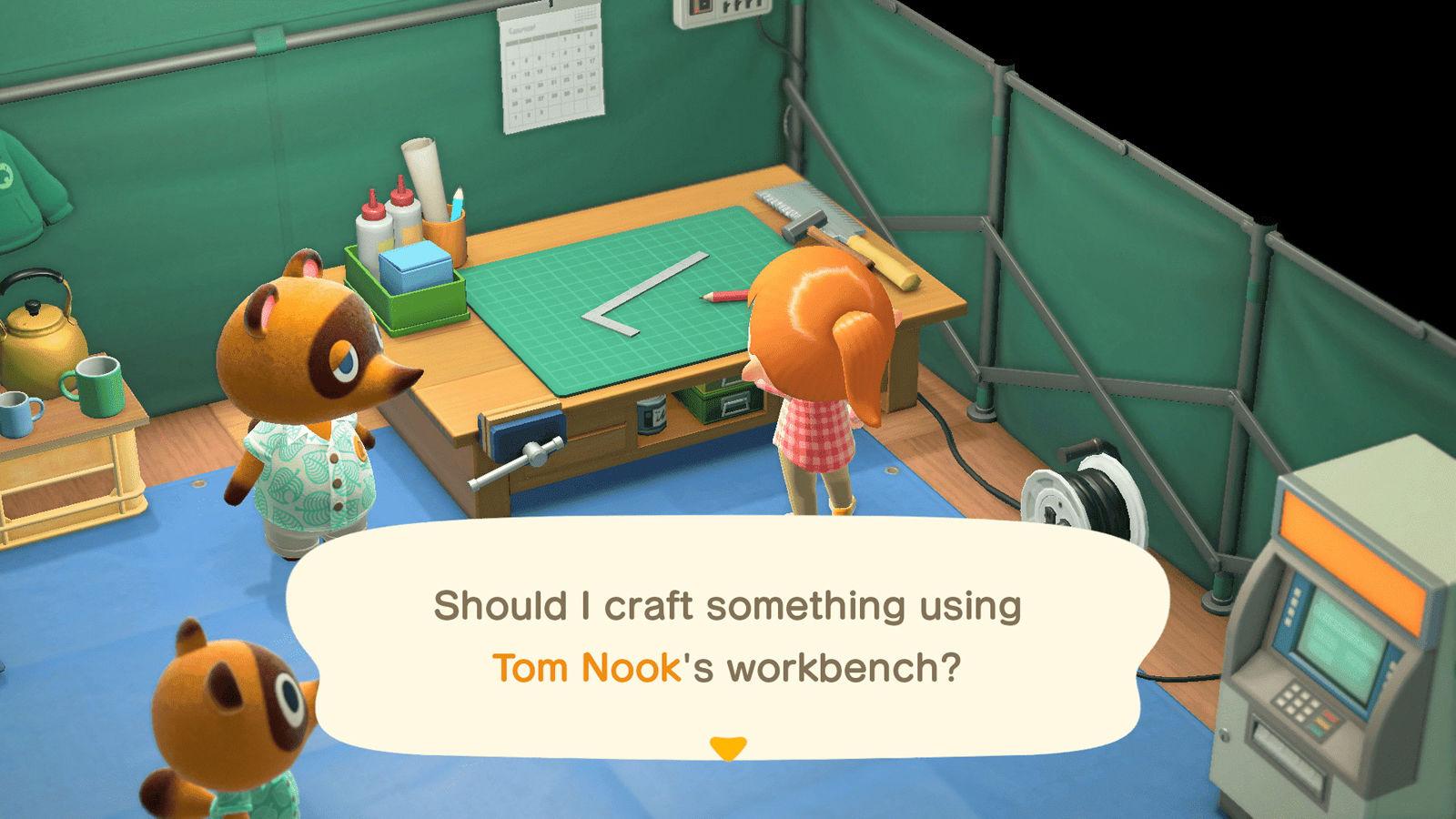 Of course if you’re in need of a shortcut, you can always buy pre-made items from Tom Nook’s shop. Any unwanted items (like nasty weeds) can be exchanged for the usual Animal Crossing currency – bells.

The customisation workshop will also allow you to change the colours of your furniture.

The island has lots of bugs and creatures to encounter, which include wasps and scorpions. A fair warning, these bugs can sting, which can either leave the player under the weather, or much much worse…

You can also meet castaway creatures who wash up on the island, and help them out by making sure they’re okay, keeping them company and helping them get home.

Though you’re living the survivor lifestyle, you’ll still be in the digital age with the brand new NookPhone.

This item will allow you to search and collect brand new recipes, access the photo mode, and view the map. If you get lost, you can always call The Rescue Service, which will take you back home safe and sound.

The NookPhone also allows you to track a brand new currency – Nook Miles – which you collect as you undertake more activities, and invite friends to play along with you. Nook Miles can be exchanged for new merchandise and gameplay elements.

One of the most exciting is the Nook Mile Tickets, which will take you on a trip to a brand new island, where you can collect new items and meet new townsfolk.

On the island, you can undertake numerous activities including fishing, bug-catching, gardening and flower-arranging. You’ll also see the island change depending on the time and weather in real life, meaning that you’ll get a seasonal experience with the game as you play along – which will influence the different types of creatures you can catch as well.

The atmosphere will be different depending on the weather. Spring will bring cherry blossoms, Summer will bring fresh fruits, Autumn will be the usual fall colours and leaves, whilst Winter will bring a snowy landscape, and the Northern Lights spectacle. 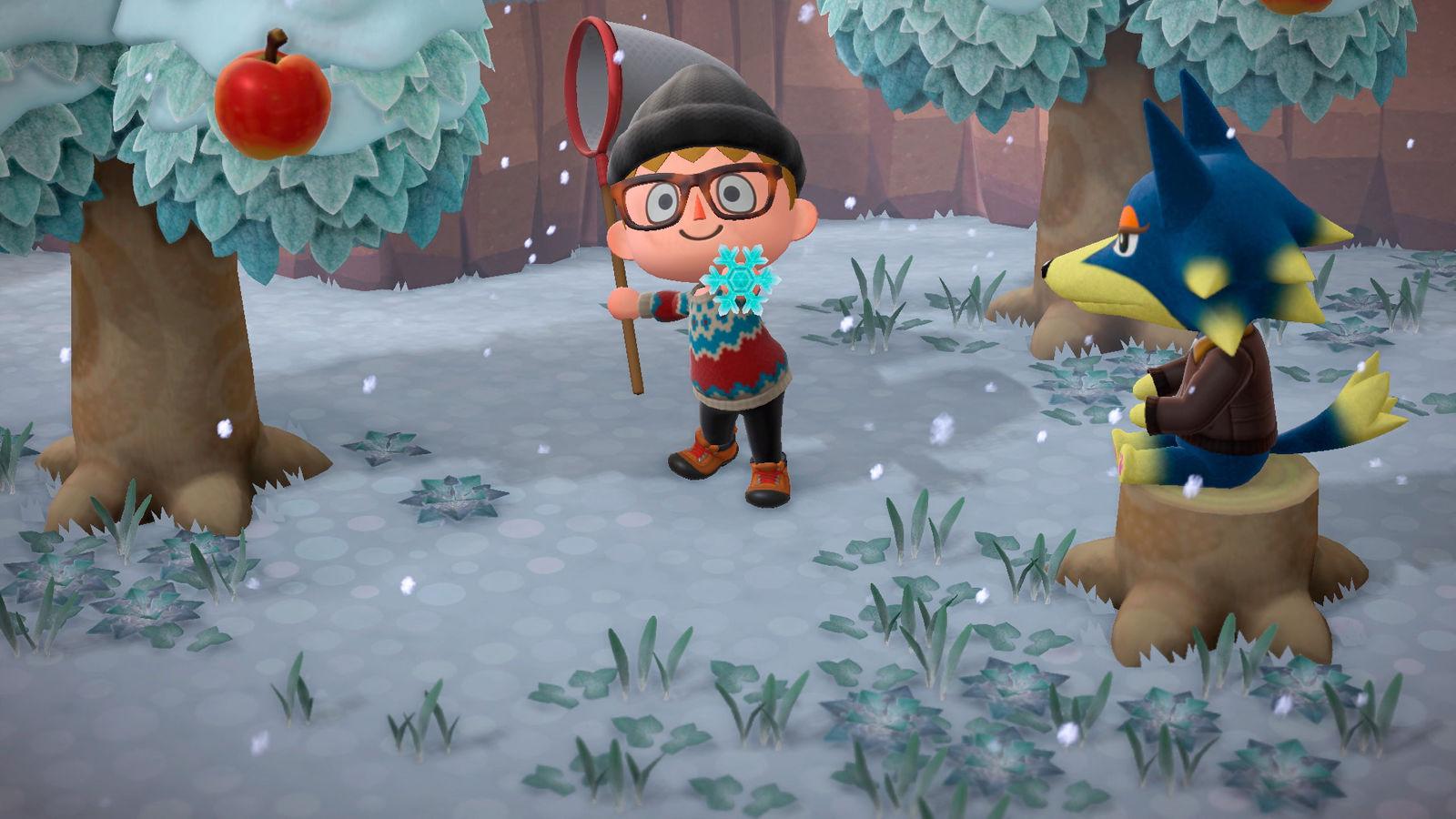 In-keeping with previous games, you’ll be able to invite other players to come and check out your island digs. One island can host up to four players locally, and eight players if in online mode. Of course to access these features, you’ll need a Nintendo Switch Online subscription.

Whilst families will be able to play together in one household, players won’t be able to create multiple islands on one console – but each player will be able to have their own lot on the island. Groups can switch out who is the lead player very easily.

You’ll be able to visit and welcome friends via Airport, which is located on the island entrance. You’ll also be able to send postal messages to other people from this lot.

There will also be an option to register visiting users as ‘best friends’, which will give people extra privileges on your island, such as digging and altering your island. Normal friends won’t be able to have this freedom when visiting.

There will also be couch co-op available, so you can give a friend a Joy-Con to play along with you, making gathering materials and undertaking activities much faster and easier (and allowing more people to join in on the fun, of course!).

As for familiar faces, we’ll be seeing Tom Nook and his nephews Timmy and Tommy back as they run the Residential Services, which you’ll no doubt be frequently visiting to exchange materials and craft new things. 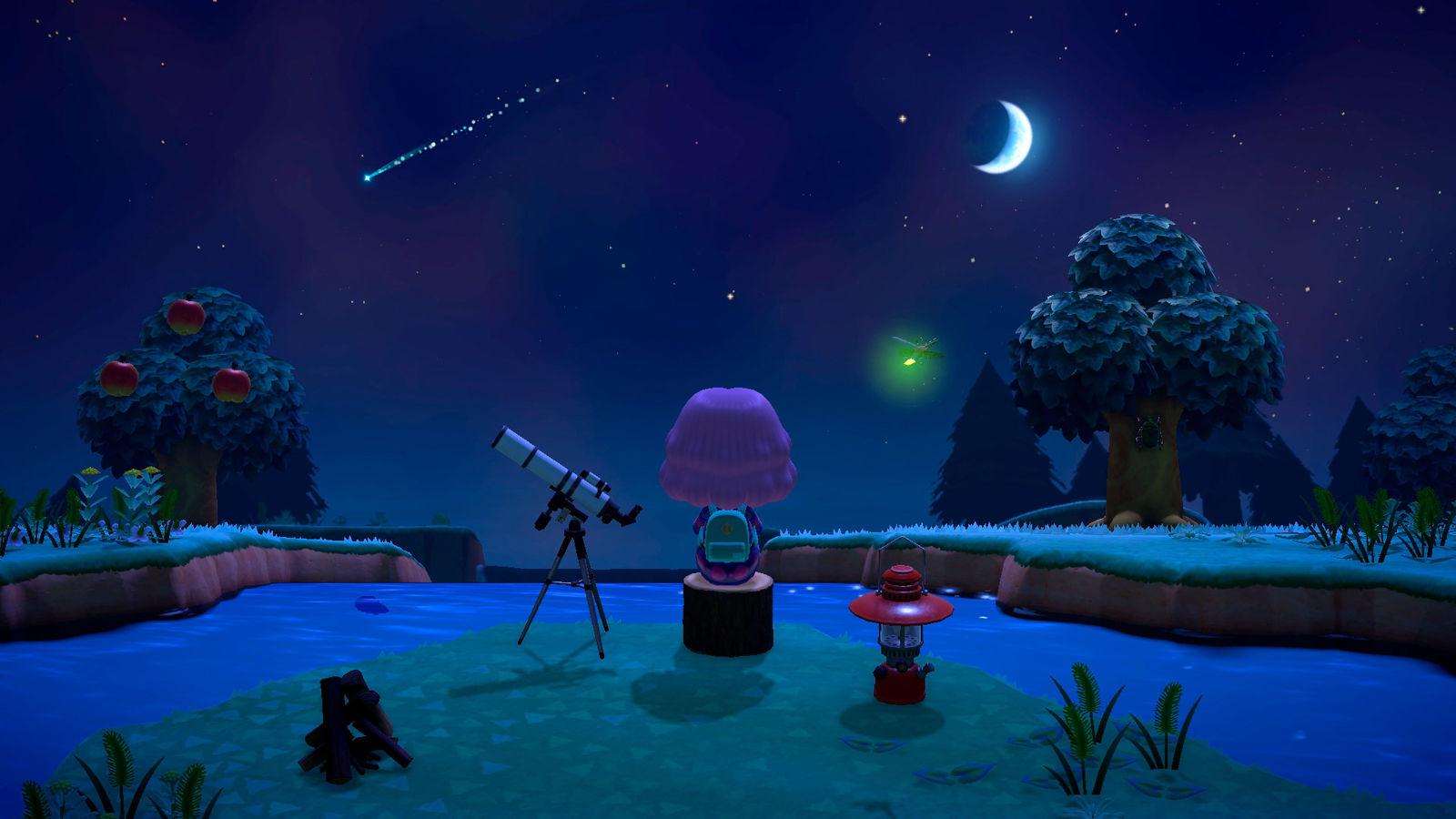 Fan favourite Isabelle will be back, helping you expand your island as you get further on in the game. Other confirmed returning villagers include Angus, Fuchsia, Goldie, and Apollo.

Director of the game Aya Kyogoku also confirmed that Mr. Resetti will be back in an interview with Mashable. Now that the game has an autosave feature, this should have put him out of a job as he only turned up when you hadn’t saved your progress, but he’s back as part of the island rescue service.

During the official Nintendo Direct livestream, we learnt more about what’s to come over the next few months post-release.

Nook Link is a dedicated smartphone app which you can use to scan QR codes of items in New Leaf or Happy Home Designers. You can then use these codes to transfer and download the items into New Horizons. You can also chat with other Animal Crossing users in the app. Nook Link is out now on iOS and Android.

Over the next few months, we’ll also see numerous free updates that will expand the island into a bustling community. The first two will happening in April. Bunny Day will take place between 1-12 April, and will see players receive a visit from  Zipper the bunny. Zipper will set you a task to collect a number of eggs from around the island, which you can then craft and use to decorate your island how you please.

The other free update will be related to Earth Day, and will feature Leif the slot. To get your hands on both of these free events, you’ll need to have downloaded the 1.1.0 update, which is available right now. 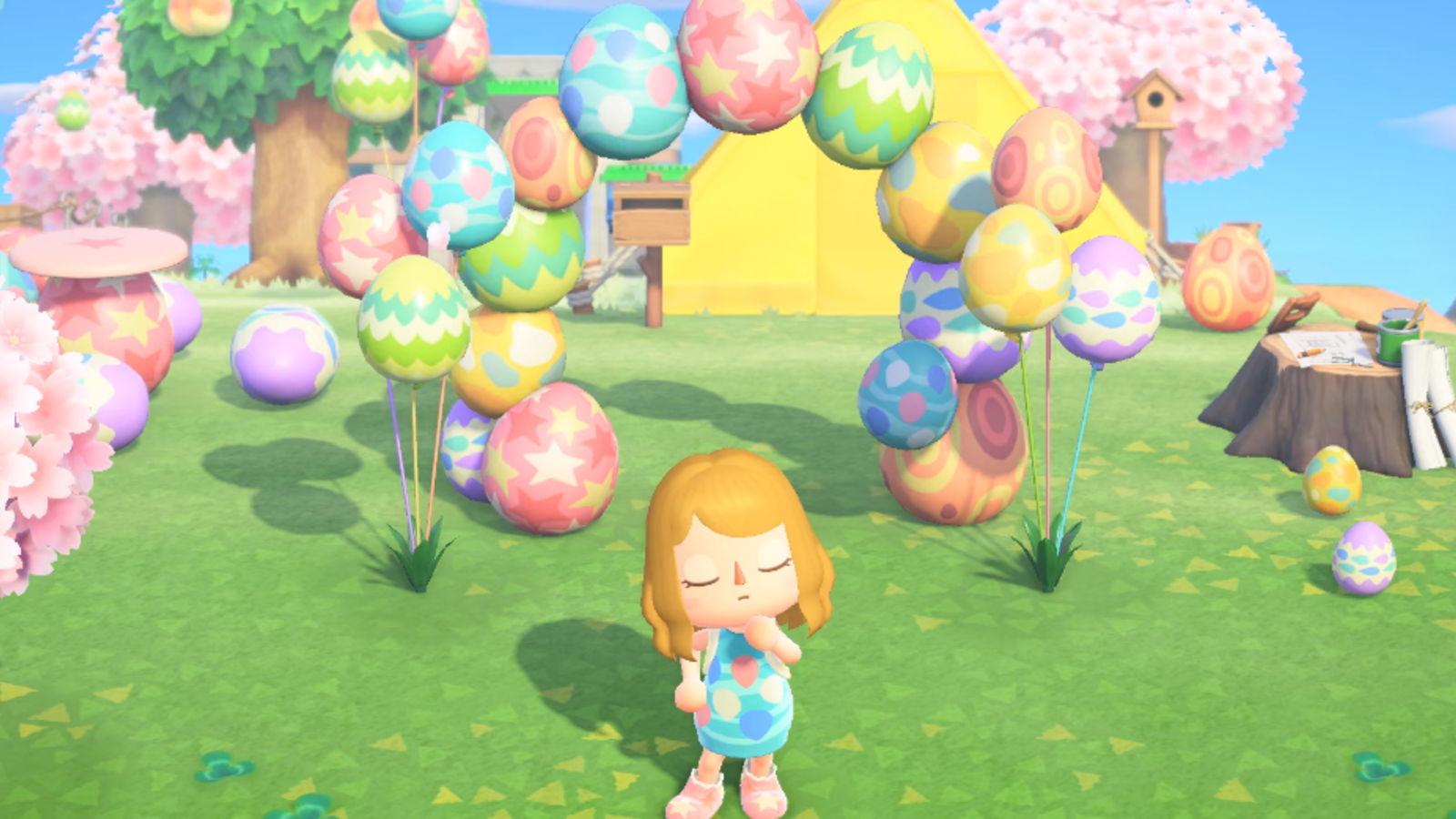 There will also be bonus items for players who have the mobile game, Pocket Camp.

You can stay tuned for all future updates about the game on the official Animal Crossing Twitter account.