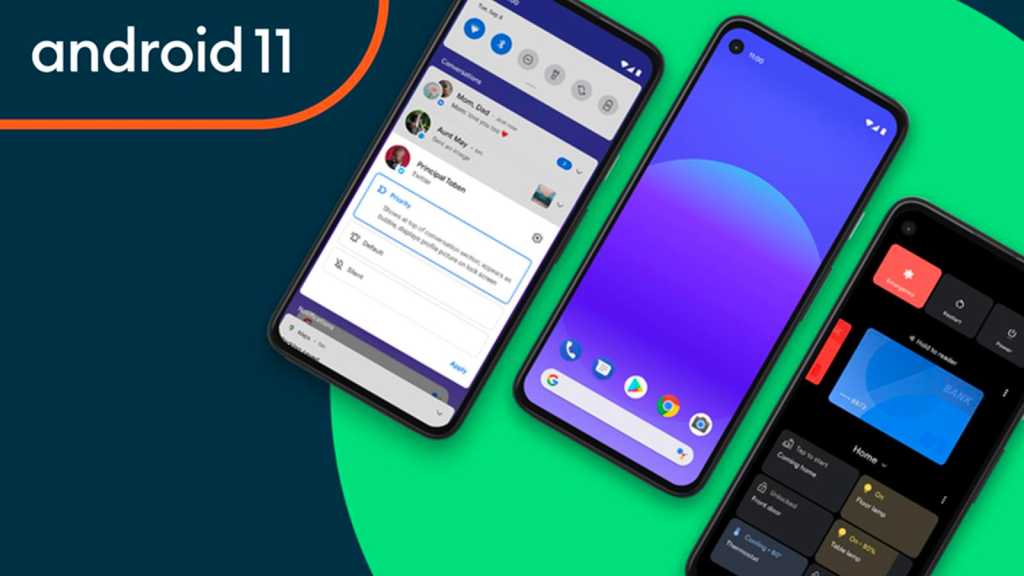 While there might have been a few bumps along the way, as predicted Google unwrapped Android 11 on 8 September and it’s now available to download on a number of devices; not just Pixels.

For the most part, the new functionality that Android 11 brings to the table focuses on three key aspects: Controls, Privacy and People.

Google had also added new 5G and network APIs, some feature improvements for foldable devices and various tweaks to technical processes that run in the background.

When is Android 11 coming out?

As already mentioned, after three beta releases, the final public build of Android 11 started rolling out on 8 September.

It’s available for every Google Pixel phone on day one, save for the original Pixel and Pixel XL, as well as a handful of devices from other manufacturers including OnePlus, Xiaomi, Oppo and Realme.

If you want to install it for yourself, check out our How to get Android 11: Download and installation guide.

Does Android 11 have any other names?

Nope! It’s just Android 11. Gone are the days of trying to guess which sweet treat Google is going to be naming the next release of Android after.

Fact is Google was always going to have a problem when it got to ‘Q’ in 2019, with Android 10 Quiche not having quite the same ring to it as Android 8 Oreo or Android 5 Lollipop. And, let’s face it, Google already struggled with Android Nougat in 2016, reaching out to the public for help in naming its next OS and then settling on a word half its customers couldn’t even pronounce, not to mention in 2018, the company further struggled to come up with anything more tempting than “Pie” for the letter P.

What are the new features in Android 11?

One of the highlights of Android 11 is Bubbles, which sounds very much like a feature borrowed from Facebook Messenger; keeping conversations in view onscreen until you dismiss them. As you await a friend’s next reply you’ll be able to more easily get on with other things, without forgetting all about the ongoing chat.

Bubbles can also consolidate multiple conversations from different chat apps in one spot, which you can move around on-screen.

Find out how to use Chat Bubbles in Android 11 – which will fix Facebook Messenger Chat Heads.

Android 11 offers a post-call screen to add a caller to contacts or mark as spam.

If you have multiple media sources (Spotify, Netflix, YouTube etc.) open on your device, you can now swipe between the media controls for each source within the notifications shade.

You now have the option to route the audio of any media you’re currently enjoying to any local or connected audio output source – such as speakers and headphones – via the new media controls in the notifications panel.

Android 11 is able to turn off vibration alerts for ringtones, alarms and notifications while the camera is operating. Other image and camera improvements include HEIF animated draw tables, a native image decoder and the ability for apps to access a camera’s bokeh mode for video and stills.

If you don’t use a particular app that you’d previously given select permissions to, Android will automatically revoke those permissions; meaning you’ll have to manually reinvoke them should you go back to the long-untouched app in question.

Google has updated its connectivity APIs to take fuller advantage of the faster speeds of 5G. In particular, the Dynamic meteredness API can check whether you’re on an unmetered tariff and deliver higher-resolution and higher-quality content as appropriate, while the Bandwidth estimator API makes it easier to obtain download and upload speed data without needing to measure the network or the device.

Pinhole (where the selfie camera is housed in a small punch-hole cutout in the display) and waterfall (where the screens curve around the phone’s frame) screens are already catered for in existing APIs but without full functionality. New APIs allow waterfall screens to use the entire display – including the edges – with insets used to avoid complicating any interaction at the edges.

In Android 11, as well as being able to turn off or restart your device, along with gaining access to the emergency button, long-pressing on the power key now presents you with smartphone controls, as set up within Google Home.

With Android 11, Google can supply more devices with monthly security updates, as well as building more protections into the platform. It specifically calls out enhanced APIs for biometrics, now reaching more devices and supporting three levels of granularity for authenticator types; platform hardening, expanding its use of compiler-based santisers in security-critical components; secure storage and sharing of data, through the BlobstoreManager and identity credentials; adding support for secure storage and retrieval of verifiable ID documents.

One caveat to what Android 11 brings to the table is that not every new feature is a compulsory addition that OEMs (original equipment manufacturers), such Samsung or Oppo, have to embrace.

The new device control settings power menu shortcut, the notifications conversations feature and the need to store documents such as drivers licenses on-device will all be optional extras.