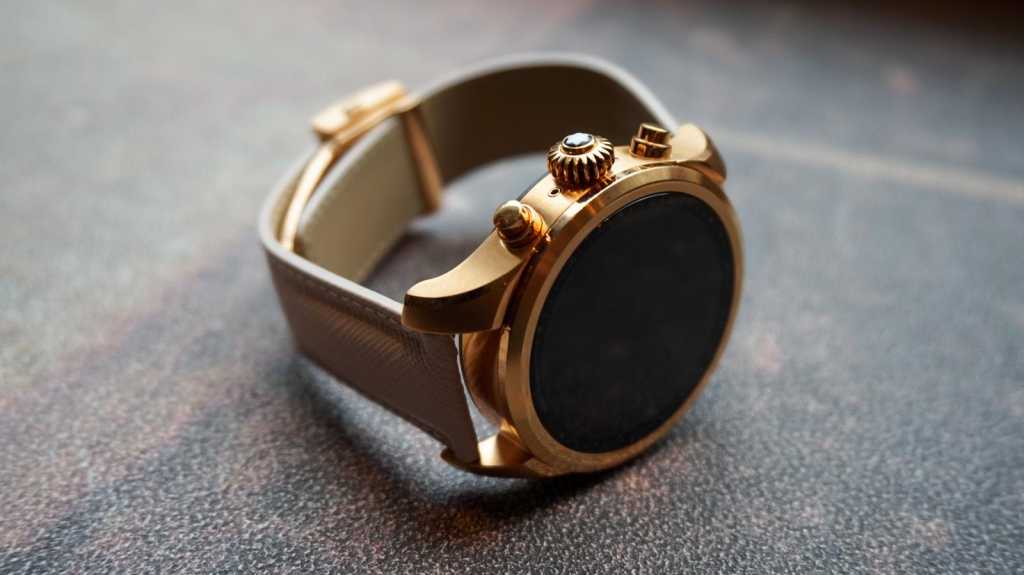 Wear OS has long enjoyed the privilege of being the least-worst option for smartwatches outside of Apple’s ecosystem, scraping its way to market dominance on the back of being slightly less irritating than the alternatives. And so it is with the Montblanc Summit 2+, a new 4G LTE smartwatch that’s the first to fix one of Wear OS’s pain points: 4G setup.

Launched alongside Montblanc’s first ever headphones, the Summit 2+ is the first Wear OS watch to support LTE setup through the Wear OS Android app, meaning that activating your eSIM and getting online will now be a seamless part of the watch setup process – whereas before it involved registering in a separate app or even phoning up your network to set things up. In-app setup is something that probably should have been the case from the first LTE Wear OS watch, but hey-ho, at least Google’s gotten there eventually.

The watch will use the same phone number and data as your actual phone, so you won’t need to set up a separate contract, though that does mean for the moment it’s limited to specific carriers: Vodafone in the UK, and Verizon in the US, with Orange, Vodafone, and China Unicom handling other markets. 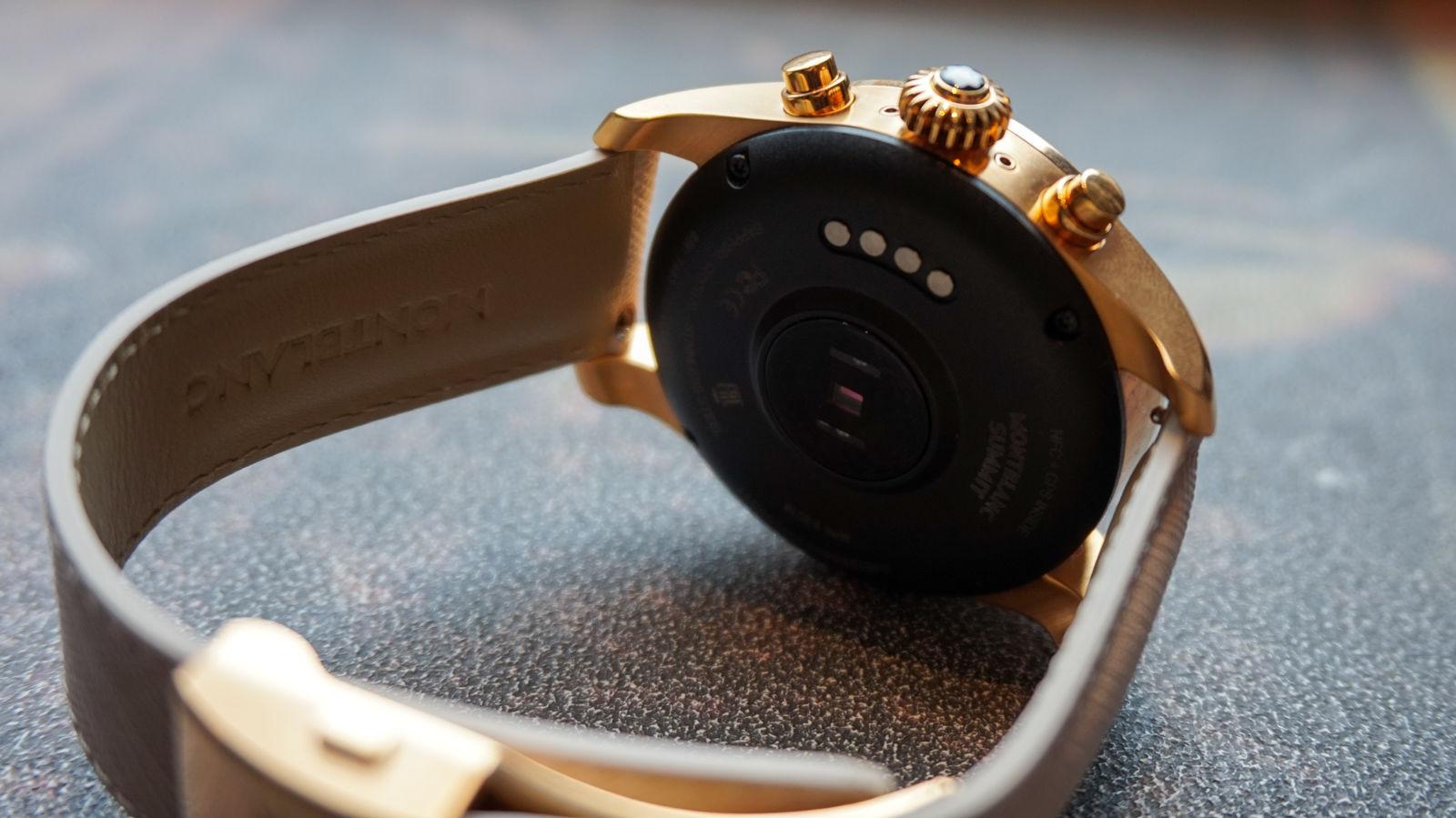 A Montblanc rep did tell us that in theory it should be possible to set the watch’s LTE features up on a friend’s Android phone and then switch over to iOS to actually use the thing, but it’s hard to know how smoothly that will work in practice.

Otherwise, the Summit 2+ is a fairly standard Wear OS watch with a few small Montblanc flourishes. It runs on Qualcomm’s Snapdragon Wear 3100 chipset and apparently has 30% better battery life than the original Summit 2, despite a larger screen. It should last around a week in ‘time-only mode’, but only a day or so with normal use.

There’s GPS, a heart rate sensor, and NFC for Google Pay, while with 8GB storage you can keep plenty of music on the device – the sort of specs that could make it one of the best smartwatches around, price notwithstanding. It also ships with a few exclusive Montblanc apps designed for “urban explorers, business travellers and fitness enthusiasts,” like one that offers personalised advice to help minimise jet lag.

The watch looks similar to the Summit 2 otherwise, in a round design with a couple of buttons and a rotating crown on the right-hand side, and the sort of weighty, premium look and feel you’d expect from a watch that costs over a grand. Thanks to the bigger display the whole watch is a bit bigger too – it’s 43.5mm rather than 42mm – which may make it a little too chunky for some wrists. 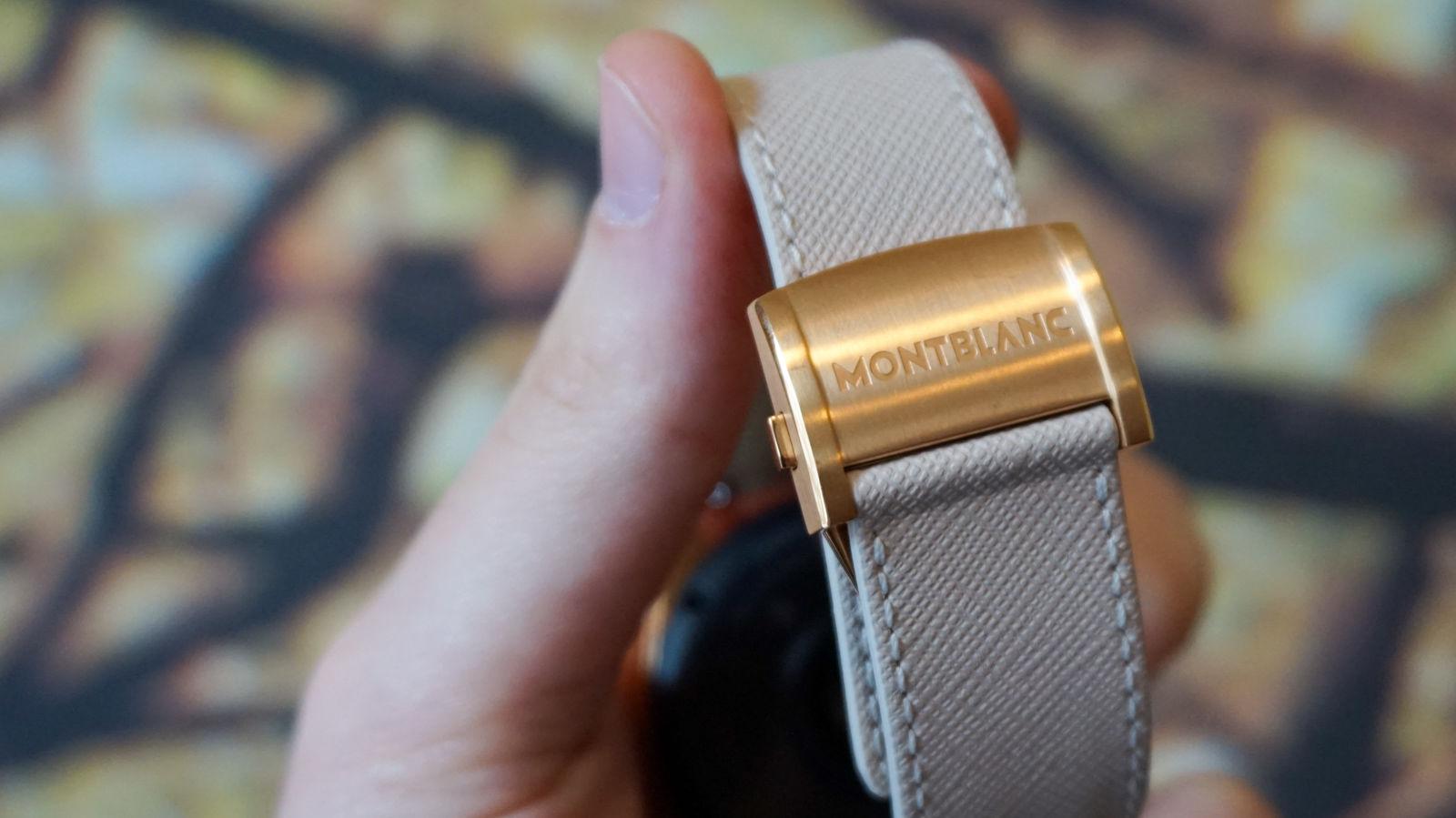 Of course, the final Montblanc touch is the price, and the company is still targeting an audience that becomes more likely to buy something the more expensive it gets. At $1170 (around £920) they should be fans of the Summit 2+ then, which is even pricier than the $995/£845 Summit 2, though the inclusion of 4G and a bigger battery may make it worthwhile for some.

If you’re tempted, it’ll be available to buy from mid-April, though as a reminder, you’ll need to be on Vodafone in the UK or Verizon in the US to take advantage of the 4G features.