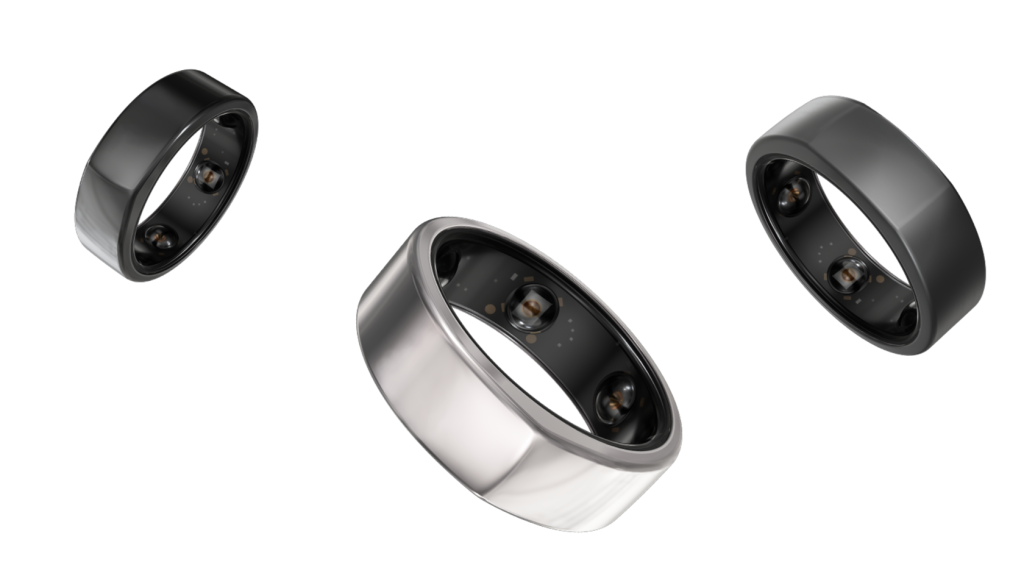 If you were asked to name a piece of wearable technology, you’d almost certainly go for a smartwatch. But there is a more subtle accessory that also has much to offer: the smart ring. Fitted with NFC, this clever jewellery can be very handy for quick purchases, for keeping your phone unlocked or even opening your front door.

And here is everything you need to know about the current state of smart rings and to which ones you might want to say, ‘I do’.

What is an NFC smart ring?

Near Field Communication (NFC) is a technology that allows bi-directional transfer of data and instructions for a very short distance, usually only a few centimetres. This is what makes it possible for your smartphone to pay for things at a contactless checkout as well as communicate in basic ways with other devices.

So, an NFC smart ring incorporates these capabilities into something you can wear on your finger. There are no screens, mainly due to the fact that they would be tiny, but this means that batteries can last for a very long time and never need to be recharged.

What does an NFC smart ring do?

As we’ve already mentioned, the main function for an NFC ring is usually to pair it with your phone and use it to pay for things when you’re at a checkout. Another popular variant on this theme is to place your hand on the contactless payment sensor for public transport entrances, allowing you to catch your train or bus without rummaging about in your bag or pocket for a smartphone.

There are some other small tasks that can be achieved by a smart ring, depending on the devices you have. One is for it to keep your smartphone or tablet unlocked when held in your hand. The NFC signal tells the device that it’s nearby and means you don’t have to use the fingerprint sensor or any other unlocking methods while the ring is in close proximity.

If you’ve invested in smart home technology, then you may find that the NFC ring will allow you to unlock doors simply by placing your hand on the sensor. As the internet of things becomes a reality, these abilities may increase to encompass more interaction with our mobile and smart home devices.

Which NFC smart ring should I buy?

As with all tech products, there’s a range of prices and that usually determines how capable a ring will be. If you hunt around on Amazon or other sites you’ll find quite a few inexpensive examples that should be fine for general payment duties.

For instance, the Kemanduo Smart Ring costs £27.99/$36.49 from Amazon and can be used to unlock your phone automatically and quickly transfer small data items (phone numbers and such). It won’t handle payments though, so for that you’ll need to spend more.

Customers in the US can buy the CNICK NFC RFID ring, which does all of the above as well as working with many NFC door locks. The best part is that it’s made of wood, making the ring both earthy as well as high-tech. It can be picked up for $69.99 (around £54) from Amazon.

McClear was one of the trailblazers in smart-rings, and its current range covers everything from inexpensive rings to unlock your phone right up to the perfect distillation of the genre in the McClear Ring. The latter is made from zirconia ceramic and has the headline feature of being able to pay for items at checkouts and on public transport.

An accompanying app for Android and iOS means you can keep a track of all transactions and instantly block any further purchases if you lose the ring. The McClear Ring costs £89.99/$120 and can be purchased directly from McClear.

Smartwatches are usually sold with a heavy emphasis on health tracking, but there is also a smart ring that has this specialist focus. The Oura Ring monitors your sleep, heart rate, respiratory rate, and average temperature while resting. Plus it has all the normal step counting and general fitness tracking that you’d expect.

It’s not cheap, with prices starting at €314 (which works out around £260/$340) when bought direct from Oura, but if you want one of the best devices dedicated to monitoring your sleep and fitness then the Oura Ring should be on your list.

Of course, if you prefer to spend less or want a multifunctional health device, you’re bound to find something suitable in our guide to the  best fitness trackers.