Fourth time’s the charm. After compromised first attempts at foldables from Huawei, Motorola, and Samsung itself, the Galaxy Z Flip is the first foldable that doesn’t feel compromised from the start.

First there was the Fold, Samsung’s initial attempt. Setting aside the very public durability problems that plagued the phone’s first run, even the fixed version is too vulnerable to creases and dents and bogged down by a halfway-house exterior display that’s neither attractive nor practical.

The Huawei Mate X is better, with a slicker design and strong specs, but at the price of, well, its price, which is absolutely astronomical. Motorola’s Razr opts for a smaller form factor and cuts the price accordingly, but relies on nostalgia to make up for specs that would be a handicap at even a third of the price. 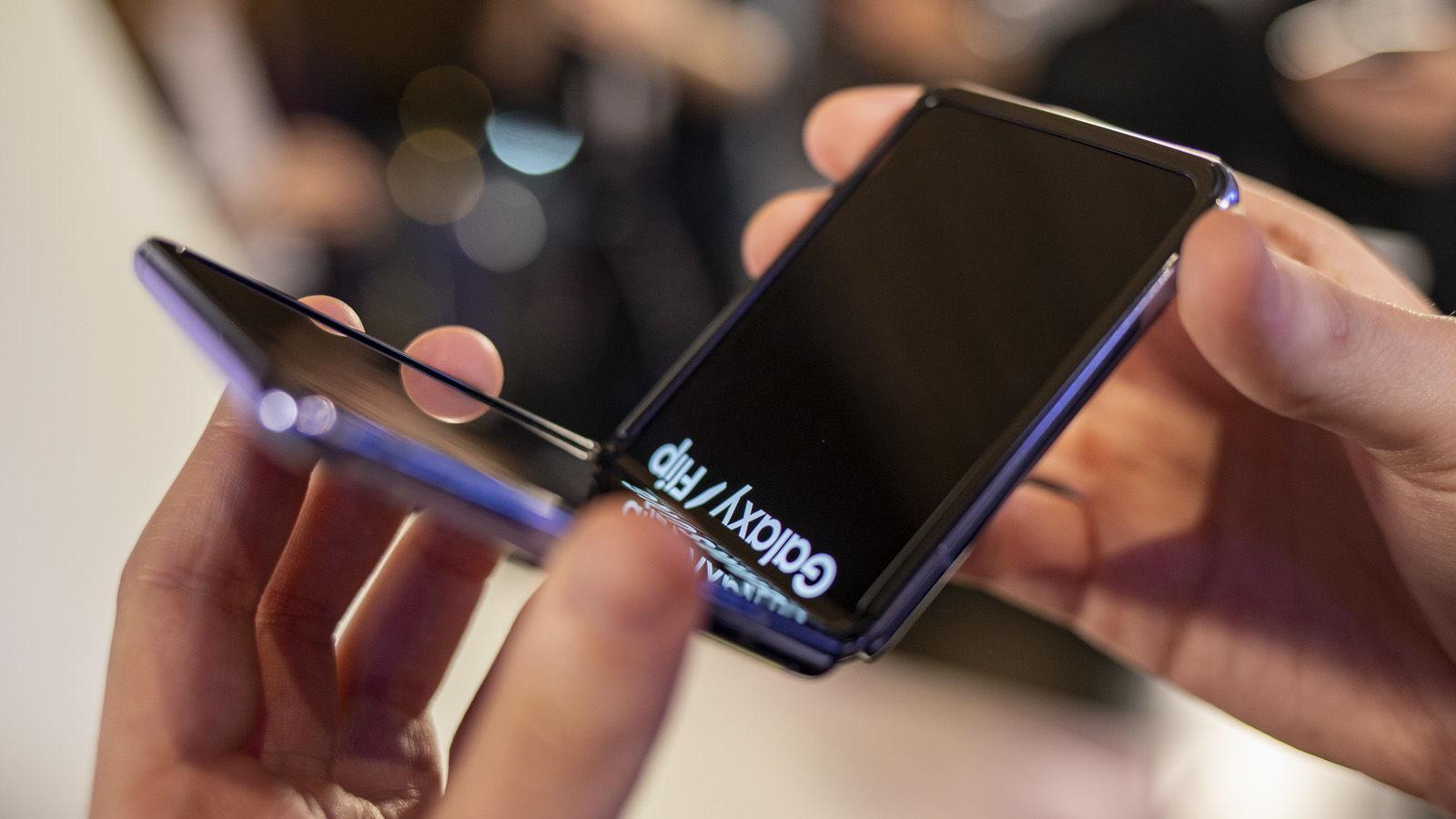 We don’t know yet if the Z Flip will have a similar central flaw, but on the surface it doesn’t seem to. Though at least with a release on February 14 we’re going to know soon.

At £1,300/$1,380 it’s significantly cheaper than the Mate X, and borrows the compact form factor of the Razr but packs much stronger specs inside – a Snapdragon 855+, 8GB RAM, and a 3300mAh battery split between the two halves (meaning it should last longer than the Razr, if not quite as long as the S20).

Meanwhile Samsung has taken steps to address the original Fold’s two biggest flaws. An ultra-thin sheet of glass built into the otherwise-plastic 6.7in screen should help reduce dents and minimise the visible central crease. There’s more crease than the Razr, but less than the Fold, so at least the Korean giant is heading in the right direction, but even on brand-new demo devices you can see it against light backgrounds and feel it by running your fingers over the fold. 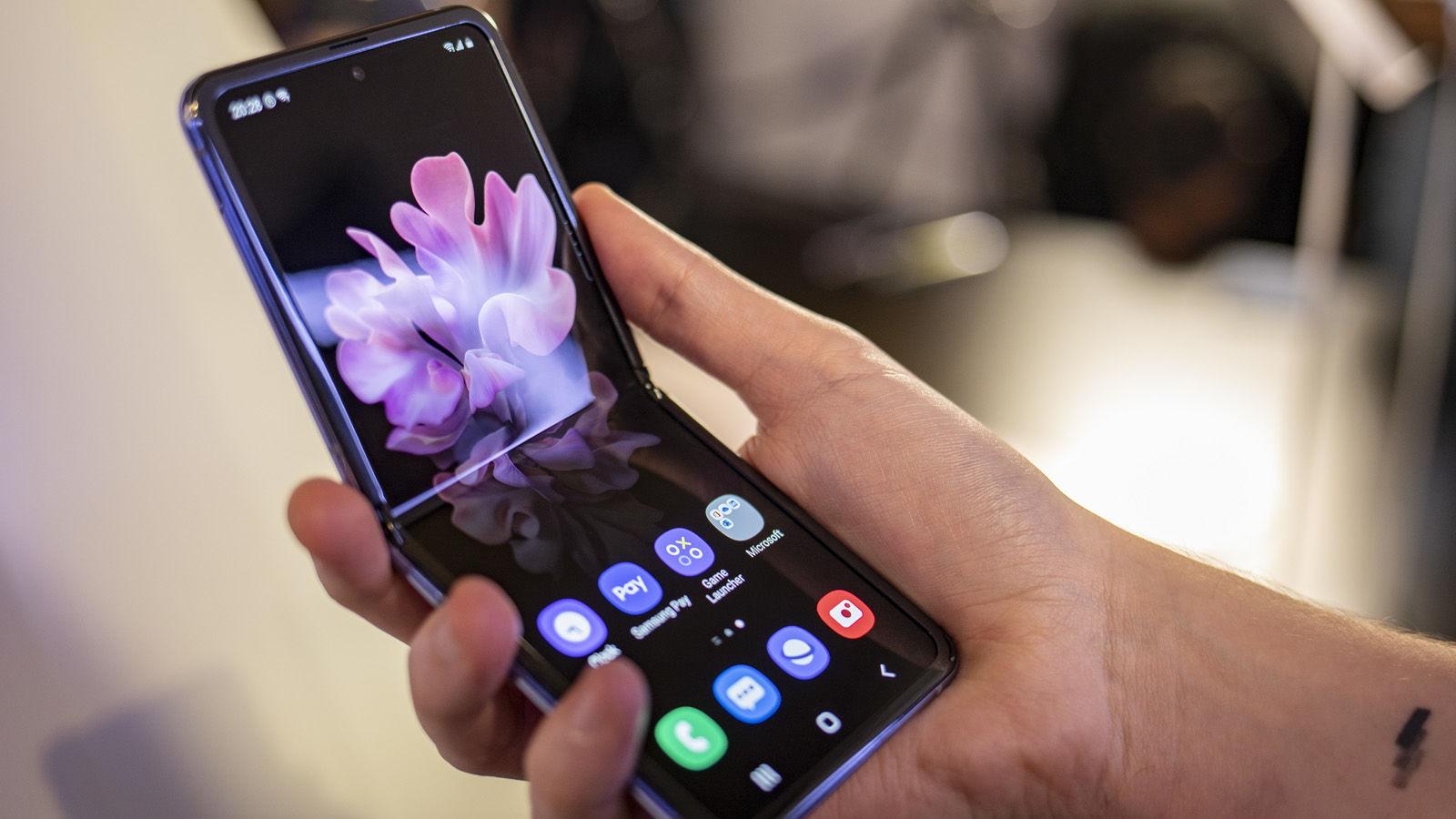 Of course, durability is the real concern. Samsung got it wrong, then right, with the Fold, and while the jury’s out on the Razr its short lifespan in the CNET FoldBot has already been cause for concern this week. It’s too soon to call it on the Flip, though for its part Samsung is keen to emphasise that the new ‘Hideaway Hinge’ should at least help keep dust and other particles out thanks to a layer of fibres in the gap between the hinge and the display. In person it does feel sturdy, with a reassuring resistance required to open it, and none of the creaks or crunches reported on some Folds or Razrs already.

The exterior display’s had a glow-up too. Samsung has given up on the pretence that anyone is going to use this phone closed so has followed Motorola in including only a tiny 1.1in AMOLED ‘Cover Screen’ that gives basic notifications and also serves as a camera viewfinder for quick selfies with a double tap of the side-mounted fingerprint sensor, though it does mean framing yourself for a portrait photo on a teeny tiny landscape display, so don’t take it as much more than a rough guide. 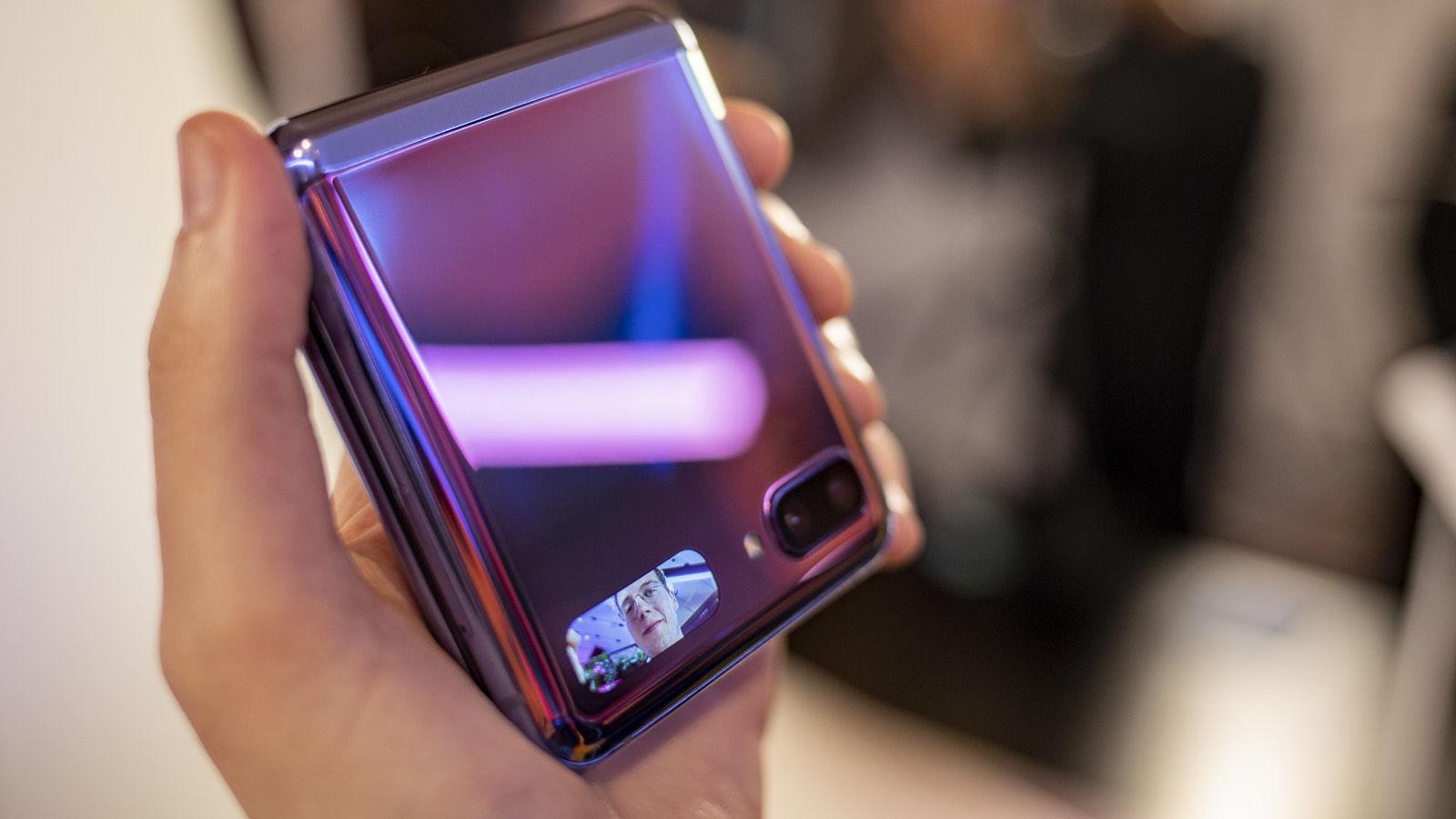 So it fixes other foldables’ faults. But does the Z Flip bring anything new to the conversation? The closest it gets is what Samsung calls Flex Mode. Open the phone halfway, to 90-degrees or so, and the top half of the screen becomes a display while the bottom provides controls – in compatible apps that is, and who knows how many of those there will be. YouTube is the only third-party one confirmed so far, though I couldn’t test it myself, and even Samsung’s own support seems limited so far.

Open the gallery and you can use the top part to display your shots and the bottom half to browse them. Or jump into the camera app and prop the phone up for night mode or hyperlapse shots without the need for a tripod. Very handy in the right circumstances, but undeniably a niche concern, and bear in mind that the main lens is only 12Mp – though so was last year’s S10, so don’t hold that against it too much.

700 words and I haven’t even mentioned my favourite thing about the Z Flip, and the one that no other foldable before it has managed yet: it comes in purple.