The S-series ‘plus’ model is usually the biggest and best phone that Samsung releases in any given year – at least until the Note comes out – but not so this time around. Instead, the S20+ has been outdone in every respect by the S20 Ultra, a phone that’s larger, faster, and packed with an even more powerful camera. But for once those improvements just don’t feel worth it.

Now, to be clear, the S20 range as a whole looks pretty great, especially the base model. 5G across the board, the latest processors and generous DDR5 RAM and UFS storage, big batteries, 120Hz refresh rate displays, and camera perks including 8K video recording and a new ‘Single Take’ feature that automatically picks out the best still shots and short videos from whatever you record. They’ll all come out on March 13 (or 6 March in the US), with prices starting from £800/$1000 and climbing to much more for the Ultra – though we’re rounding up the best deals we’ve found to take the edge of a little bit.

The problem is, almost all the best bits can be found in the regular S20, and while the Ultra packs in even more, I’m not convinced it’s worth the tradeoffs – namely the fact that it’s absolutely bloody huge, and all the uglier for it. 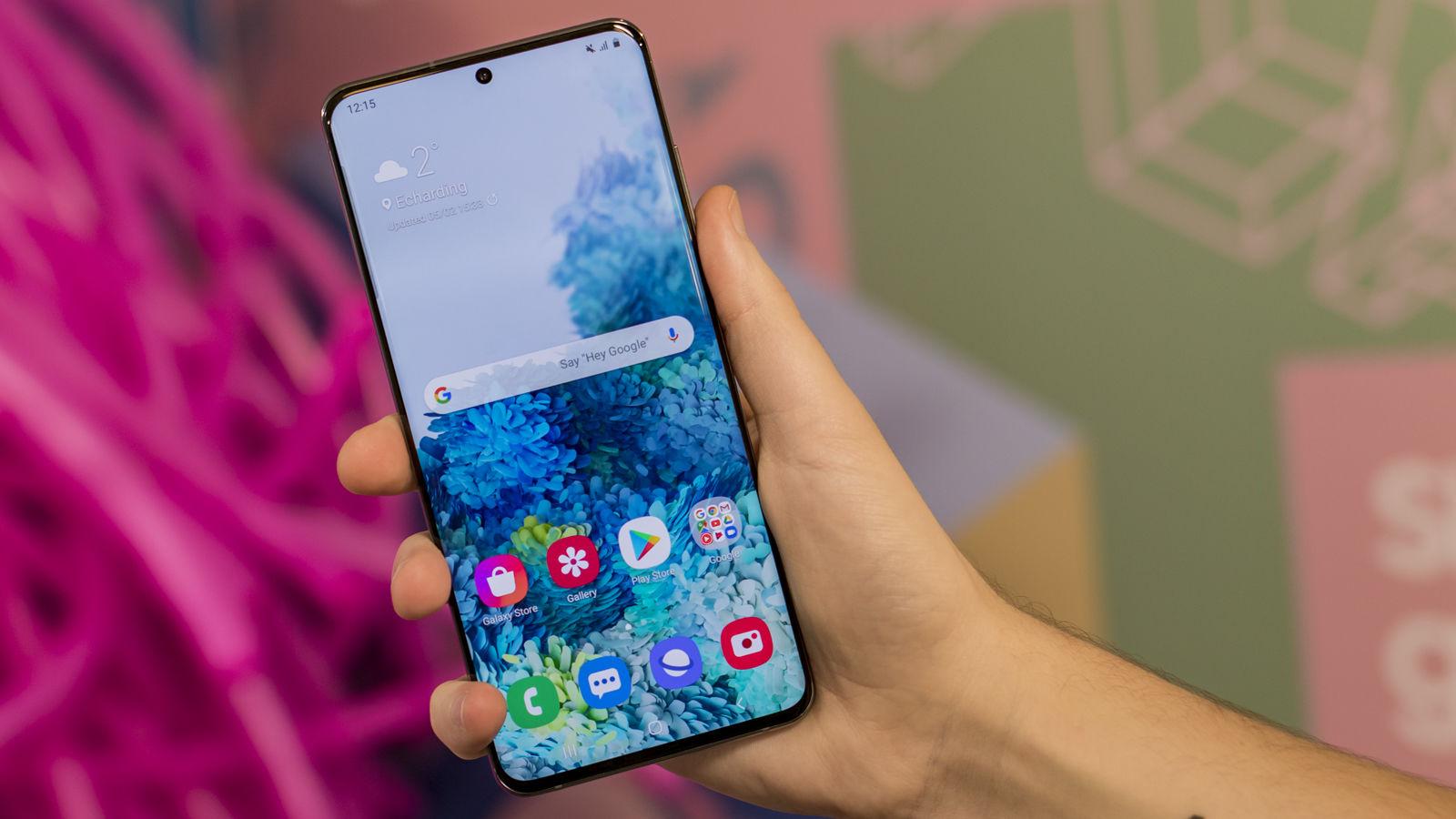 Let’s put that 6.9in into perspective. It’s not quite as extravagant as Huawei’s comical Mate 20 X was (a whopping 7.2in, deep into tablet territory) but it’s somehow even bigger than last year’s Note 10+, which was already far too big.

And it’s not just the screen. Making the display bigger obviously makes the whole phone bigger. It’s taller and wider than the S20+, and a full millimetre thicker – which makes more of a difference than you’d think. At 220g it’s also heavy, and combined with the extra thickness it actually makes the whole phone feel out of proportion compared to the sleek, slim S20. It just feels clumsy.

None of the spec bumps above are enough to really justify the chonk, but then they’re not what the S20 Ultra is really about. That’s the camera, and there’s admittedly a lot going on here. 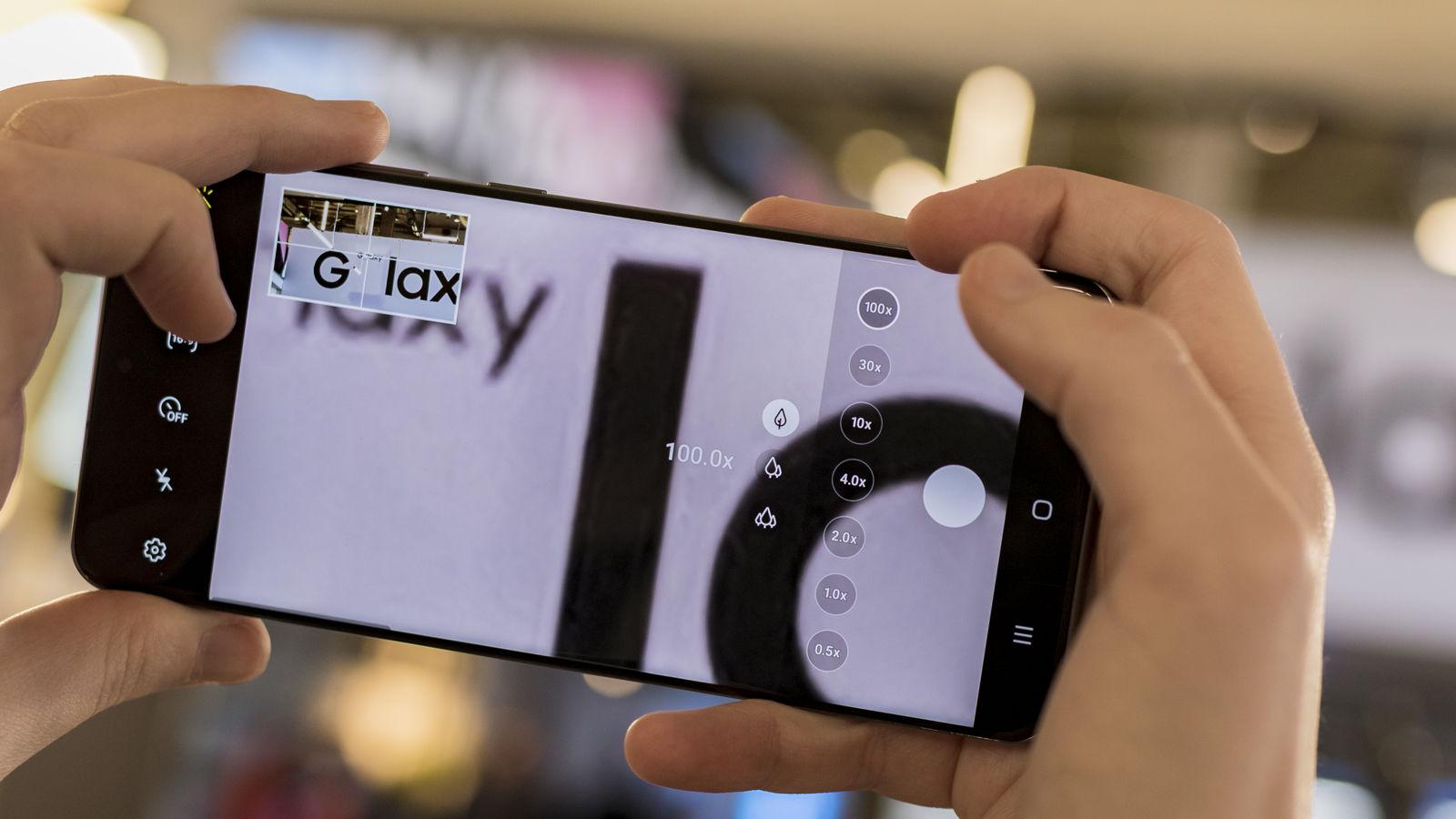 For starters, it packs Samsung’s own 108Mp sensor – previously seen in the Xiaomi Mi Note 10 – which not only enables ultra-high resolution shots, but can also use that extra sensor size to shoot lower res images with improved crispness and dynamic range, which should mean better photos all-round, and especially in low light.

Then there’s Space Zoom – not the name of Donald Trump’s new rocketship, but instead Samsung marketing-speak for the 100x digital zoom enabled by the combination of that 108Mp main sensor and a 48Mp telephoto lens, both with optical stabilisation.

The result is impressive. It zooms to 100x magnification! It really does! It’s a fantastic party trick, and if you own a smartphone tripod it’ll let you take phenomenal photos of landscapes, the moon, and all sorts besides. If you don’t own a tripod, it’ll be a feature you use once to take a blurry photo of a distant landmark and then never bother with again because human hands are too shaky to take useful photos at 100x zoom.

It doesn’t help that the regular S20 and S20+ both deliver 30x zoom anyway. That’s some way short of 100x, and even at lower magnifications the quality won’t match the Ultra, but it’s worth saying again for those at the back: most people will only use this stuff a couple of times and you shouldn’t buy a phone just because it can shoot closeups of the Burj Khalifa’s top floor. 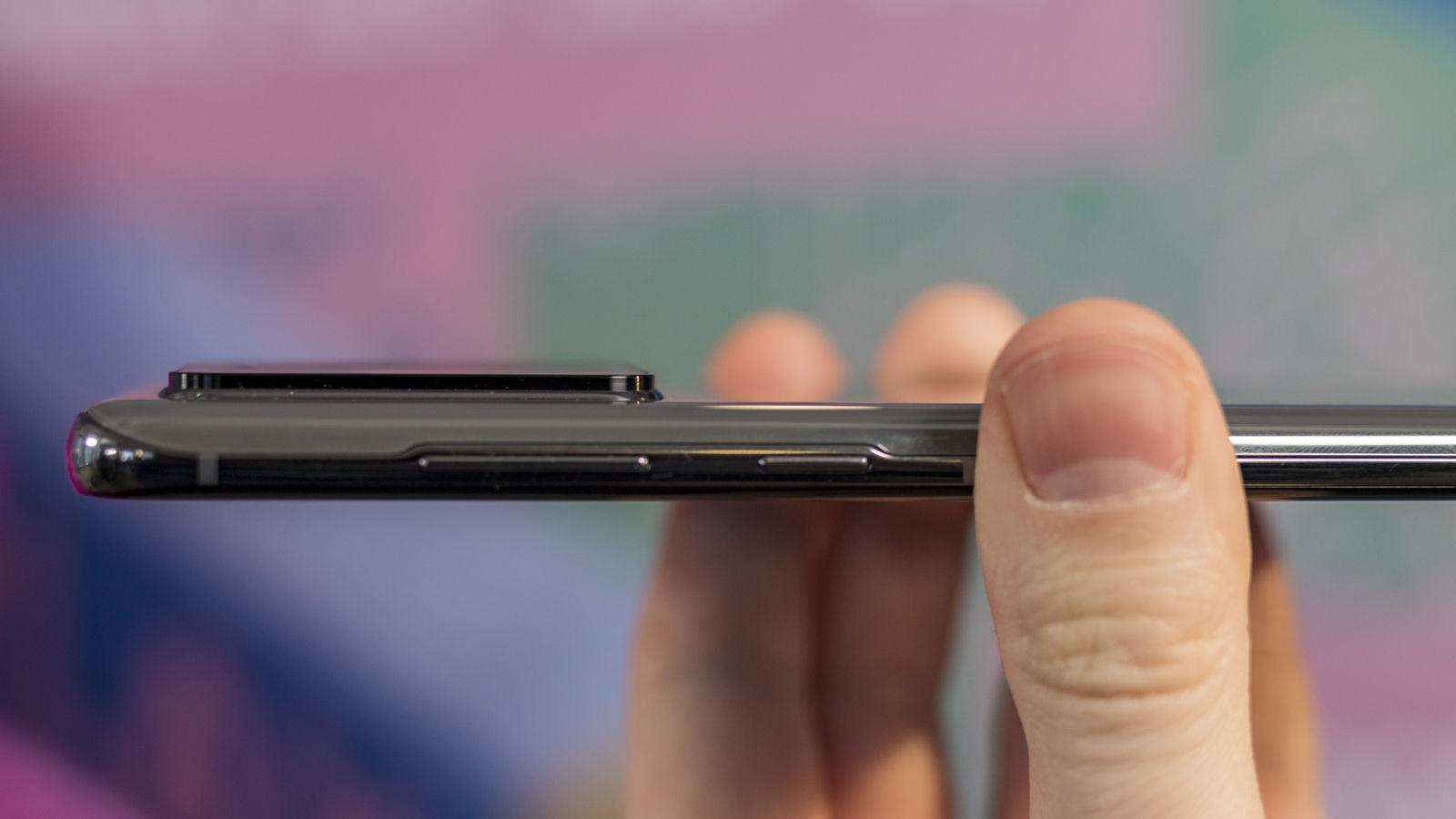 And if the phone feels big, the camera bump itself somehow feels bigger, even if the laws of space/time say otherwise. The two giant sensors produce great results, but at the cost of a camera module that my eyes insist takes up a full quarter of the phone’s rear, even though I suspect a ruler would say otherwise. Even worse, it will forever be emblazoned with an irredeemably naff space zoom logo.

It also sticks further out from the body than the cameras on any other phone I can think of, which only adds to the sense that the Ultra is even bulkier than it is. The phone’s cases will need to be even bulkier still, so if you want to keep your £1,200 phone safe you’ll have to live with it being the size (and approximate weight) of a brick.

Yes, the specs are nothing if not luxurious (other than the unexpected omission of a 1TB storage option) and I fully expect that this will be the fastest phone with the most beautiful display and the best camera around – at least until the next one. But is all that horsepower really worth it when it comes at the cost of all good industrial design?

It feels especially odd landing at the same time as the Z Flip, Samsung’s Galaxy Fold follow-up that takes the opposite approach, with a premium design and middling internals. Perhaps each are intended to hit different markets – the specs-obsessed versus the fashion-forward – but I know for sure which I’d pick, given the choice.

Anyone spending close to a grand and a half on a phone wants to show it off, and it’s not unreasonable to expect a phone this expensive to look the part too. Sadly the only reason you’d wave the Ultra around is because it simply won’t fit in your pocket.