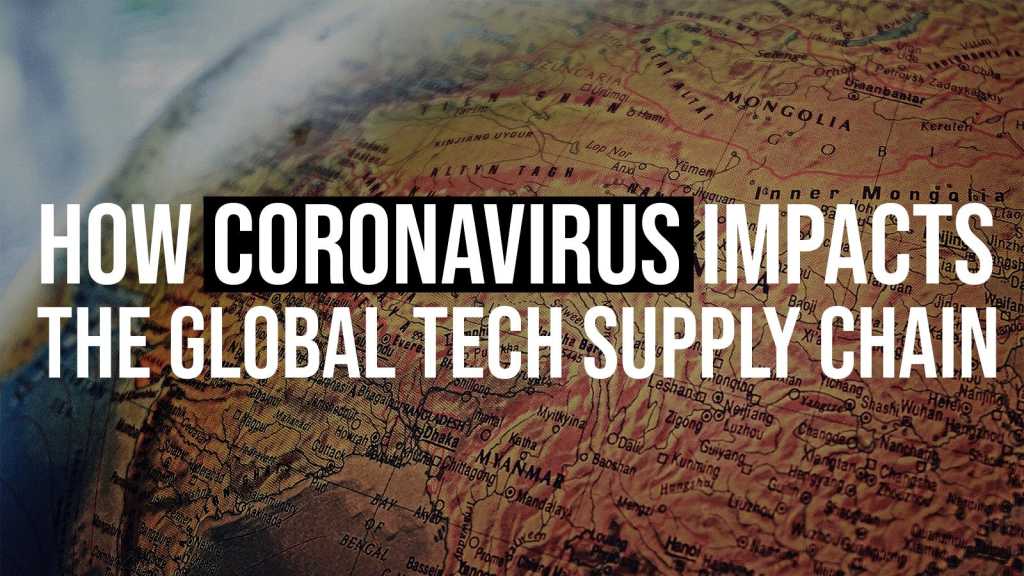 Wuhan, in the Hubei Province of China, was the starting point for what has become one of the deadliest epidemics in recent history. At the time of writing, there have been well over 100,000 cases and 4000 deaths from COVID-19, the illness caused by the latest strain of coronavirus.

However, while China’s strict measures have seen a reduction in new cases within the country, the virus has since spread to 115 countries and territories. One of the worst hit is Italy, which is in a state of nationwide lockdown after it recorded the most number of cases outside of China.

Cases are in the hundreds in the UK, with the number expected to rise sharply in the coming days and weeks.

While the risk to public health is the most pressing issue, there has also been a profound impact on the tech industry. Many major companies either operate in or use parts from China, where there has been a huge slowdown in economic activity. The widespread travel restrictions that have implemented since makes transporting stock incredibly difficult, with many delayed launches expected.

Many major companies are encouraging their employees to work from home in the worst affected areas. Here are how some of the key ways in which they are being impacted.

CEO Tim Cook has offered the opportunity for Apple staff to work from home where appropriate. The company’s HQ is in California, among the worst affected areas in recent days.

While Apple hasn’t always been the most popular company in China, it still relies heavily on the country throughout the production process. As such, the huge slowdown in economic activity has put upcoming launches in peril.

Rumours had suggested that Apple would be holding an event in March to unveil the iPhone SE 2 (and potentially regular iPad), but that will now not be happening. There is a mandatory order from Apple’s local body banning public gatherings of 1000 or more people, a threshold which would of course be passed at an Apple event.

While it’s unlikely that Apple’s flagship September event will be cancelled anytime soon, the iPhone 12 could still see its chances of success hit by the virus.

Samsung was able to launch the Galaxy S20 and Galaxy Z Flip before the coronavirus took hold across the world, so it has a key advantage in the market.

However, with the S20 models being released in March, disruption to Samsung’s supply chain in its native South Korea could see reduced stock.

The regular August launch of the Note series could be affected if the coronavirus persists for a number of months.

Microsoft released an official statement on its site at the end of February, warning that there has been supply chain issues. In particular Windows OEM and Surface products have been seriously impacted.

At the time of writing, two of its employees have contracted coronavirus and it has encouraged employees to work from home where possible in the worst affected areas.

In the wake of the outbreak’s growing impact in North America, Google has advised that all its employees on the continent work from home.

The company’s I/O developer conference, due to be held in May, has been cancelled as a physical event.

As the company behind the world’s most popular search engine, Google is working with the World Health Organization and the NHS in the UK to tackle the spread of fake news about the virus. It is also banning all adverts for medical face masks.

With new Pixel flagships not expected until October, it’s likely that the Pixel 4a will be the most seriously affected of any new Google launch. The Pixel 3a was arguably the most widely praised release since the Pixel rebranding in 2016, so Google will be keen to avoid any disruption to the release of its successor.

Qualcomm the largest smartphone chip and modem manufacturer announced its expectations for lower earnings for the next quarter due to the uncertainty around coronavirus in China. China is both a key manufacturing site for Qualcomm and a major source of its revenue. The country is also a significant market for smartphone purchases.

While the main focus of the virus has shifted west, it will be some time before production returns to anything like normal.

The big news regarding Facebook is the cancellation of two of its major conferences – the Global Marketing Summit in San Francisco and F8 in San Jose.

It’s also helping to combat damaging adds on its social network, while all the Facebook offices in London have been closed after an employee was diagnosed with the virus.

Mark Zuckerberg himself will help fund increased rates of testing in the San Francisco Bay Area.

The company has also stopped taking orders for the Oculus Quest, stating, “…like other companies we’re expecting some additional impact to our hardware production due to the Coronavirus. We’re taking precautions to ensure the safety of our employees, manufacturing partners and customers, and are monitoring the situation closely. We are working to restore availability as soon as possible.”

Like grocers, Amazon is seeing a huge rise in the number of orders. So much so that it has announced it is seeking to hire an extra 100,000 staff to cope with the extra demands on it warehouses and delivery network.

As thousands of people descend on one city for a trade show, it’s perhaps understandable they have been significantly affected.

The most high profile cancellation has been MWC 2020, which was scrapped on 12 February after many high profile companies pulled out. The conference was due to be attended by over 100,000 people from around the world, including around 6,000 from China.

At the time of cancellation, only a handful of major brands were still confirmed to be attending. Some have since launched products virtually, while many are yet to announce alternative plans.

However, the impact of the virus has grown significantly since then. 11 other major tech shows have been cancelled, including Facebook’s F8 conference, Google I/O and IBM’s Think. All these conferences were due to take place in California, an area that until recently was largely unaffected by coronavirus.

Many of the announcements scheduled for these events will still go ahead via a livestream, with no members of the public present.

There are fears that the coronavirus could impact events scheduled for later in the year. Apple’s June developer conference WWDC is under threat, especially considering E3 2020 has now been cancelled and was scheduled to take place after Apple’s event.

Looking further ahead, Taiwan’s proximity to China would make Computex a real risk, and a number of cases in Berlin makes IFA in September a concern.

Coronavirus could easily wipe out the majority of the tech events for 2020, adding to the estimated $1 billion that has already been lost due to their cancellation. It’s hard to quantify how much of an impact it has had on the tech industry as a whole, with many companies having to write off the whole of this year as a result.