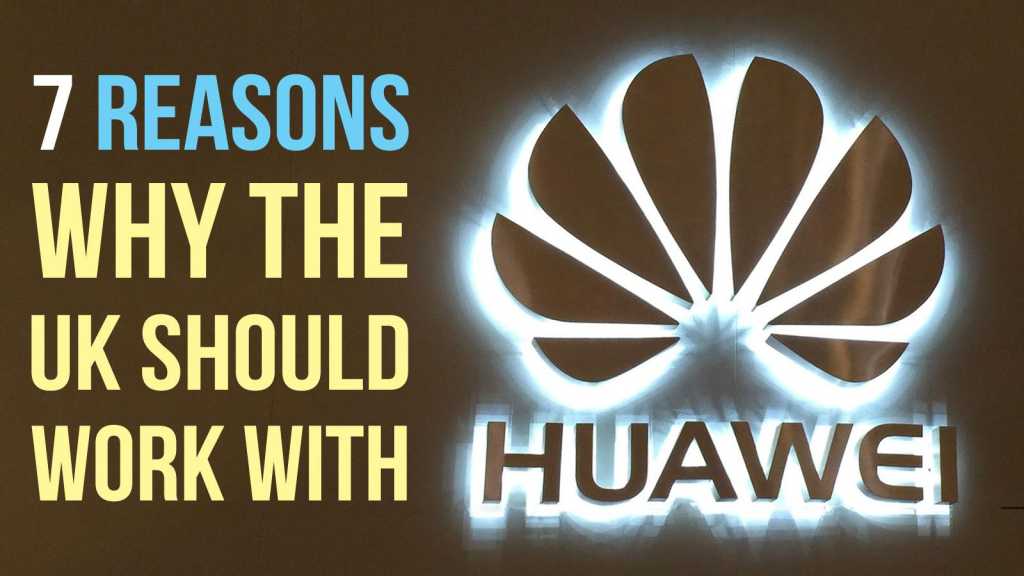 In a momentous decision, Boris Johnson has agreed with Theresa May and conceded that the UK mobile networks can buy 5G equipment from Huawei. Why would he do that? We can think of a few reasons….

1. Otherwise Ericsson will have too much power

There are only three significant players in mobile network infrastucture: Ericsson, Nokia and Huawei.

Even in the days where there were plenty to choose from, there was a compatibility incentive for buying everything from one supplier. Indeed Orange was built entirely on Nokia kit, but most networks chose to multi-source which gave them the edge in negotiations.

Today with only three suppliers it’s much harder for the networks to haggle. Worse, Nokia just doesn’t seem to have its act together. So the networks have the choice of Huawei or Ericsson. Making that a choice of one vendor is bad for the market and particularly the networks. It gives Ericsson the power to pick and choose its customers, and networks cannot afford to walk away from deals.

Ericsson has publicly said that it has not benefitted from Huawei’s woes, but has admitted that it’s not good for the industry.

2. Huawei is experienced in testing tech

Radio is hard. You might think that because your phone usually works it’s quite straightforward, but that’s because a lot of people who are very good at physics have worked out how to get amazingly complex technology into an affordable device.

One thing which makes radio hard is that the world is a complicated place. There are all kinds of unknown unknowns in deploying a new technology. Some seem obvious when you think about them. One 5G technology is MIMO. This uses the way radio signals bounce off buildings to get even more throughput. Put 5G into an environment which radio engineers traditionally think of as easy, such as the Fens and suddenly there are no reflections. There is no MIMO and the throughput drops.

The best way to learn such lessons is experience and China has lots of experience. You’d probably not heard of Wuhan before the virus outbreak but it’s only the sixth largest city in China – it’s China’s Southampton – and it has a population of nearly 10 million.

China has 65 cities of over a million people. It has mountains and plains, and everything in between. The Chinese networks have more expertise in deploying radio than anyone else because they’ve had to learn the hard way. A small prototype pilot is bigger than most countries national deployments.

Huawei is good at radio because it has to be. Not buying technology from a company which is this experienced is foolhardy.

3. We know the threats Huawei poses

It’s often said that the National Cyber Security Centre and GCHQ have different views on Huawei. This isn’t quite true.

So the difference is one of nuance.

What we do know is that the NCSC has only crawled though Huawei code, and not through Nokia, Ericsson or Cisco. We do know from Snowden that the US security forces have intercepted Cisco equipment in transit and put in back doors.

Huawei is more of a known quantity than any other vendor. Besides, as Jeff Bezos has recently found out, it doesn’t need the co-operation of the network vendor to spy on someone. If the Chinese government wanted to execute something nefarious it could probably do it equally well with Nokia or Ericsson equipment in place.

Salmon. It’s the UK’s biggest food export and we are very, very good at it. We sell lots of salmon to China.

If we start embargos on Chinese tech there is a substantial risk that Norwegian and South American salmon will become flavour of the month in Beijing.

And it won’t just be salmon, there is no doubt that there will be plenty of other British goods which will become less palatable to the Chinese government. Ironically, 5G technology is being used off the Orkney islands to help look after salmon, providing live video of the shoals, water temperature acidity and flow.

If the whole security thing is a pawn in the game of trade, it’s not a sacrifice worth making.

5. We might not be able to sell our own 5G tech

The UK is good at radio too. The work done at the 5G Innovation Centre based at Surrey University, at Kings College London and at the University of Bristol is world-beating.

Thanks to the Department of Culture Media and Sport funding a trials and testbeds programme, we have a fabulous understanding of what makes 5G tick and incredible expertise at building systems and components for the systems.

Huawei isn’t just the biggest seller of 5G equipment, it’s the biggest customer for the work our innovators, businesses and universities have produced. Refusing to buy from Huawei will make it very much harder for our homegrown talent to sell to them and through them to the world.

The talk about the presence of Huawei equipment in the UK gives the impression that it’s all one network. We really have two.

Cornerstone is a joint venture between O2 and Vodafone, and MBNL is where EE and Three share networks.

In addition, all the networks have some sites which are solely their own and there are some, notably those built by the government for the EE run Emergency Services Network, run by independent companies.

There is a special model for this in 5G tech called Neutral Host, the best proponent of which is the Denseair testbed at the Millbrook Proving Ground in Bedfordshire. This uses equipment made in the UK from Airspan and Blu Wireless.

O2 doesn’t own any significant amount of Huawei equipment. Other than some of the sites it shares with Vodafone, O2 it doesn’t use any either. So in the Doomsday scenario that China did use Huawei to attack the UK there is one network which isn’t what the opponents to Huawei would describe as vulnerable.

It is however the one network which has had the most  severe recent outage. When an Ericsson software certificate expired in December 2018, it affected all O2 customers.

History has show that in a new generation of technologies it’s the companies which make chipsets, phones and infrastructure which are the best at getting them all to work together.

And, of course, Huawei makes phones. It currently has three 5G models in its range, the Mate X, Mate 30 Pro 5G and Mate 20 X 5G. Leaving aside the thorny issue of the current US ban (which it no longer appears to be that bothered about in any case, vowing that even if it could it would not add Google apps, and working together with Xiaomi, Oppo and Vivo to create their own alternative to Google Play), Huawei phones are more popular than they have ever been and we have been highly impressed with many of its recent models.

So was the Government’s decision to allow Huawei in the right one? On balance, it’s probably a little cautious and that is not necessarily a bad thing.