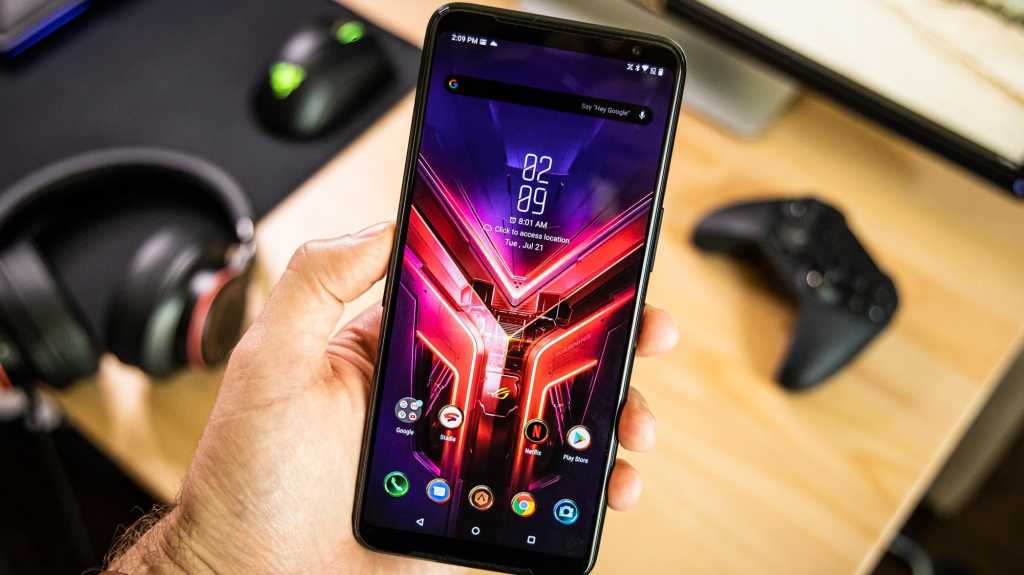 The ROG Phone 3 has been officially revealed by Asus, but with more leaks than a sinking ship in the run-up to the event, it’s not really a surprise. Still, Asus looks to provide the most capable gaming smartphone on the market in 2020 with powerful internals, gaming-specific hardware, a huge battery and a range of accessories that further extend functionality, but UK fans may have to prepare themselves for disappointment.

Here’s everything you need to know about the Asus ROG Phone 3, from release date and pricing to UK availability and the key new features of Asus’ latest gaming-focused smartphone.

Is the Asus ROG Phone 3 coming to the UK?

Despite the fact that you could buy the Asus ROG Phone 2 in the UK, the ROG Phone 3 may not be released in the UK.

There was no mention of UK pricing or availability during the ROG Phone 3 launch stream, suggesting that the gaming market either isn’t big enough or, more likely, it’s too competitive for the relatively expensive ROG Phone – especially when you can get the likes of the Red Magic 5G, complete with the same 144Hz refresh rate of the ROG Phone 3, for only £539.

We’re awaiting confirmation from Asus, and we’ll update this section once we know more.

Don’t be too disappointed – there are plenty of other great gaming phones available in the UK for you to choose from.

When will the Asus ROG Phone 3 be released?

How much does the ROG Phone 3 cost?

There’s also a more budget-friendly option available. Dubbed the ROG Phone 3 Strix Edition, the smartphone features a Snapdragon 865 alongside 8GB of RAM and 256GB of storage, and comes in at a more tempting €799 (around £718).

Pre-orders aren’t live just yet, but we’ll be sure to update this section once they go live. 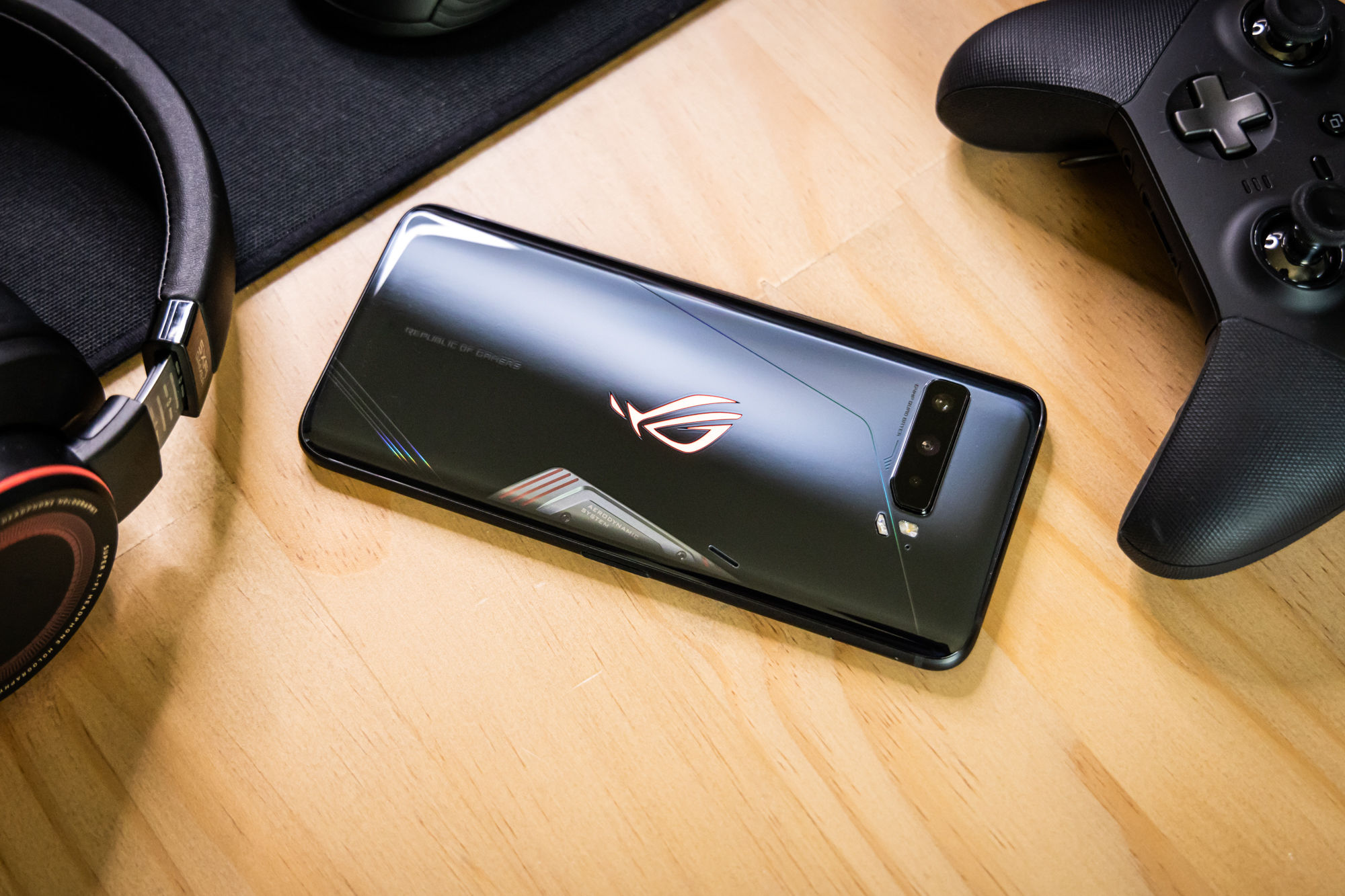 What’s new with the ROG Phone 3?

The Asus ROG Phone 3 may not look too different on the surface, with the same overall design and gamer-esque Aura RGBs on the rear, but there are plenty of upgrades on offer.

At the heart of the ROG Phone 3, you’ll find the Qualcomm Snapdragon 865 Plus alongside the Adreno 650 GPU and either 12- or 16GB of LPDDR5 RAM, providing incredible power for mobile gamers and super-fast 5G connectivity. If that wasn’t enough, Asus has gone a step further by providing PC-esque control of the SoC, giving users the ability to either overclock the CPU and increase the throttle limit to boost performance and produce a sustained high frame rate, or underclock it to lengthen battery life and keep the phone cool.

The temperature control is boosted by the new GameCool 3 cooling system that actually moves heat out of the case to keep the phone cool during high-intensity gaming sessions. It features a heatsink 6x bigger than that of the ROG Phone 2, along with a redesigned 3D vapour chamber and a larger graphite film. Keeping your phone cool is key when gaming, as a hot phone will often lead to performance issues.

The famed AirTrigger technology has been upgraded with the ROG Phone 3, now offering the ability to split each touch button into two, and you can also integrate new gestures – like swipes and motion-based gestures – to bring more functionality to the buttons. You’ll also find upgraded dual front-facing speakers, created in partnership with high-end Swedish audio company Dirac, along with multi-antennae Wi-Fi for more stable connectivity and a quad-mic noise-cancelling array to provide the best mobile gaming experience possible. 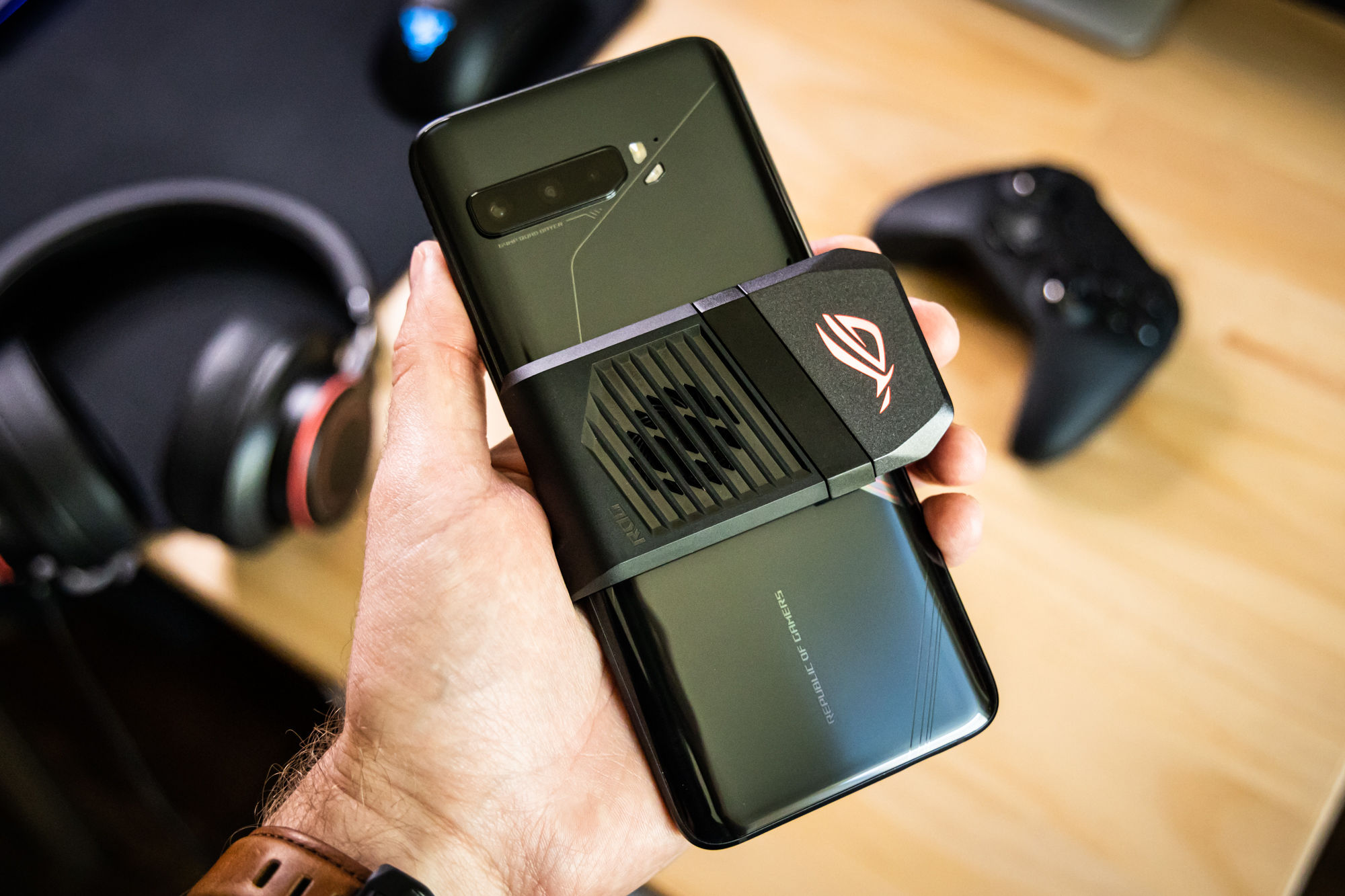 The 6.59in AMOLED display is the fastest and most accurate display available on a smartphone right now, according to Asus. There are certainly big improvements compared to ROG Phone 2, offering an upgraded 144Hz refresh rate and 10-bit HDR10+ support. It’s also incredibly bright, with a claimed 1000 nits peak brightness – the iPhone 11 Pro caps out at 800 nits, for reference.

Touch latency is also down to 25ms, and there’s an improved 270Hz touch sampling rate for improved touch response times. Plus, with TUV Low Blue Light and Flicker Reduced certifications, the display should be much easier on the eyes too.

With such a detailed display and capable SoC to power, battery is an important area when it comes to the ROG Phone 3, and it’s another area where Asus fails to disappoint. At 6000mAh, it’s among the largest batteries on any smartphone right now – Asus claims it wanted it even bigger, but couldn’t do so without tweaking the dimensions of the phone.

There are new customisable battery-saving profiles on offer, providing granular control over the background apps and the hardware, along with new battery care options (including slow charge and charging limiter) to extend the life of the battery. And when it does need a top-up, 30W fast charging should get you going pretty quickly.

While not the main focus for gamers, there’s also an upgraded camera setup available. You’ll find a main 64Mp Sony IMX686 camera with f/1.8 aperture and a 1.7in sensor, along with a 13Mp 125-degree ultra-wide camera with real-time distortion correction and a simple 5Mp macro sensor for close-up shots. The selfie camera has also seen an upgrade, with a 24Mp sensor.

Asus being Asus, it wants to do everything to the extreme, and that’s why the ROG Phone 3 can record at 8K@30fps, more than the Samsung Galaxy S20 Ultra, along with 4K@60fps on both the front- and rear-facing cameras. You’ve even got access to a 480fps slow-mo video mode, and the ability to capture 4K time-lapses too. 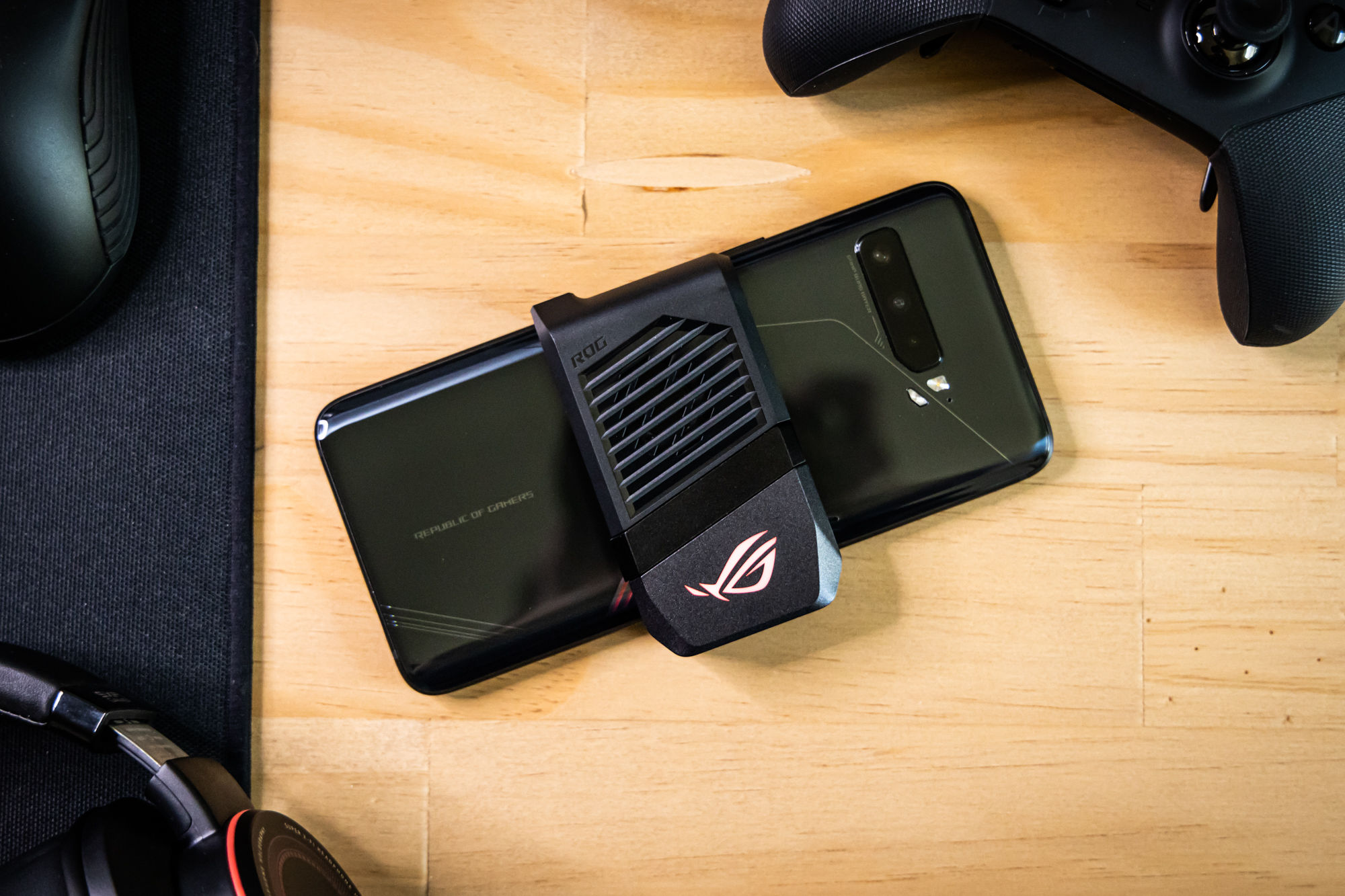 There’s also a range of accessories, all sold separately, to further enhance the high-end gaming experience Asus wants to offer, including the AeroActive Cooler 3 and the ROG Kunai 3 Gamepad. One of the more interesting optional accessories is the new TwinView Dock 3, providing a second 144Hz display to game on.

If you don’t mind not having the fastest experience possible and want to save a bit of cash, the Asus ROG Phone 3 Strix Edition may be the one to go for. You’ll get the exact same hardware as the standard ROG Phone 3 – the only difference is in terms of power. You’ll get the regular Snapdragon 865 and not the 865 Plus, alongside a reduced 8GB of RAM and 256GB of storage.

It might seem underpowered compared to the flagship model, but even the Strix Edition is enough to give most 2020 flagships a run for their money, and at a great price too.