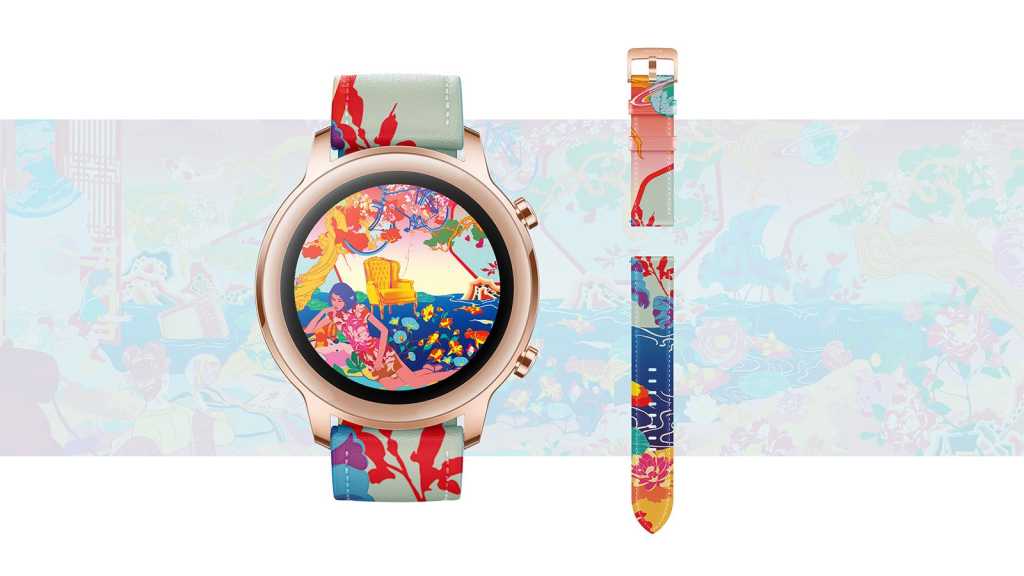 The Honor Magic Watch 2 is barely two months old but Honor has announced several limited edition versions in collaboration with a variety of artists and designers. The company has worked with what it describes as “rising stars” in Jacky Tsai, George Greaves, Wang DongLing and Giovanni Ozzola, among others.

The ten new designs were launched at an exclusive press event in London on 21 January.

Drawing on the work of photographers, illustrators, graphic designers and sculptors, Honor has produced what on first glance looks like a collection of jazzy Swatches. On closer inspection, this is the same Magic Watch 2 launched in November running Google’s Wear OS.

The new models come with pre-installed themes to match the exclusive designs. It marks an aggressive push into wearables from Honor, a company trying new things to distance itself from parent company Huawei.

“[W]e are committed to creating cutting-edge, fashion-forward technology that looks as good on the outside as the tech on the inside … the collection truly embodies our bold, adventurous spirit, with a range of stunning designs to suit every style and taste,” said George Zhao, President of Honor.

The flashy watches won’t give you any extra functionality from the basic version, which totes up to two weeks of battery life and is quite similar to the Huawei Watch GT 2.