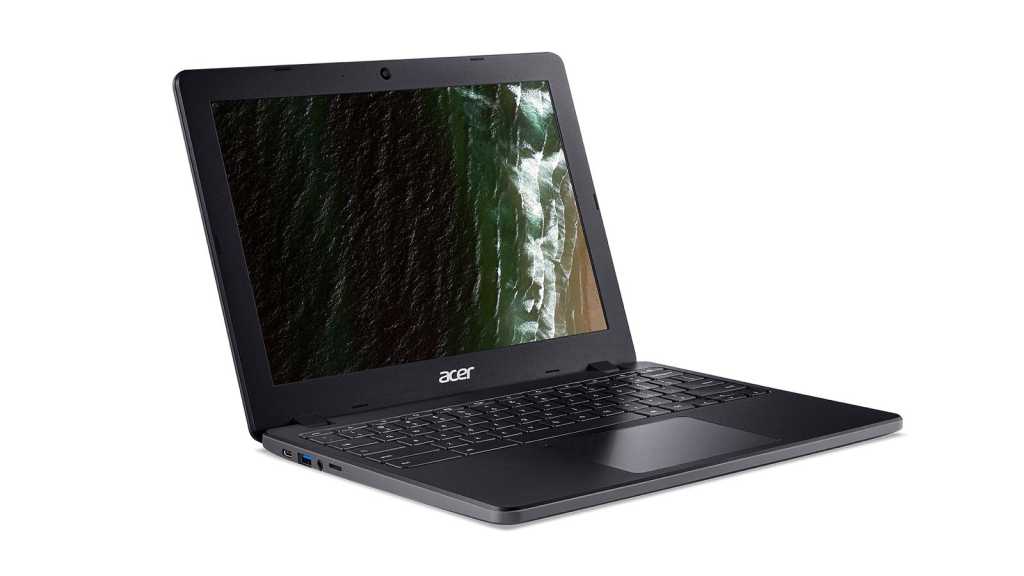 Acer has announced a £279 Chromebook with a 12in display aimed at the education market. While the specs are on the light side to say the least, it’s another attractively affordable device for younger students.

No doubt Acer will also be looking to sell in bulk to schools, particularly in the US where Chromebook adoption in education is higher than Europe.

The Chromebook 712 will come with Intel 10th-gen processors and while Acer has not yet confirmed which, they will be the very low end at this price. Still, those processors are at least the latest batch and they’re paired with a (in this writer’s opinion) superior 3:2 aspect ratio display.

The entry level 712 will only have 4GB RAM and 32GB storage though, so discerning buyers might well pay more and double those specs to 8GB and 64GB.

Google’s latest Chromebook, the Pixelbook Go, starts at a testing £629 and has a wider 16:10 screen but has 8GB RAM and 64GB storage with an Intel Core m3 – but only 8th-gen, oddly.

Acer is asserting the 712 as a Chromebook for education though, aiming its marketing at schools and parents with child-friendly features like a spill-proof keyboard and military grade durability, being able to withstand 60kg of downward force. So, about the full weight of an absent minded youngster, basically.

According to an official press release, the Chromebook 712 “lets students collaborate on school projects, run multiple apps and stream educational videos with ease. With up to 12 hours3 of battery life, students can expect a full day of usage on one charge.”

With Wi-Fi 6, Bluetooth 5.0, USB-A and USB-C ports and a 720p webcam, the Acer Chromebook is pretty well equipped for the asking price. If you live in Google’s cloud, it might not be a bad shout.