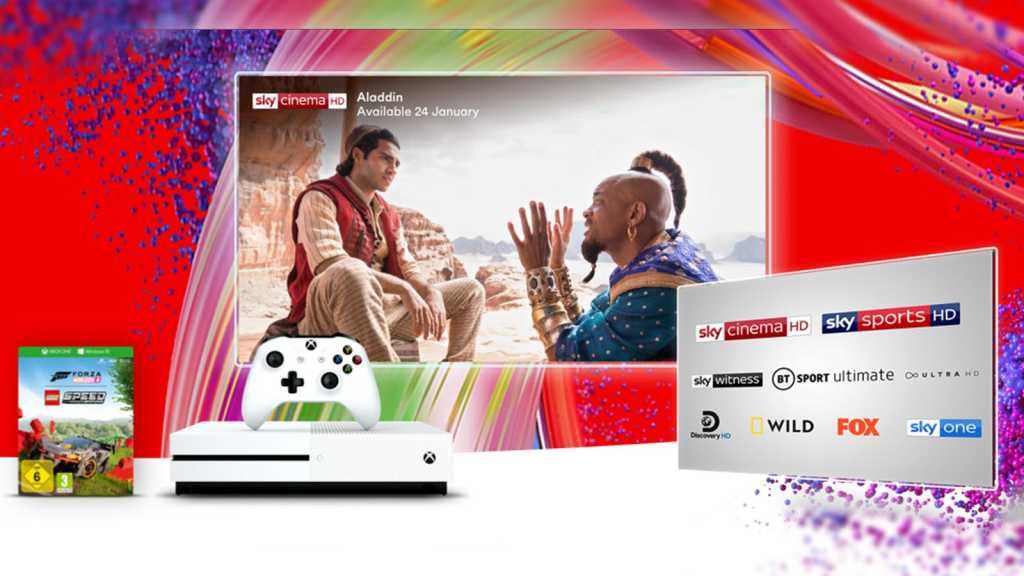 If you want the luxury of the fastest broadband speeds in the UK, don’t miss Virgin’s current deal on its “Ultimate Oomph” bundle. The package includes TV, broadband, phone and unlimited mobile coverage – while also throwing in a free Xbox One S 1TB console or £150 bill credit. The offer ends on Wednesday, 22 January, so  head over to Virgin now to see this deal.

The Ultimate Oomph bundle is the most premium of Virgin’s packages, costing £89 per month – but for that price you do get a whole lot.

Aside from the ridiculous average download speed of 516Mbps, you also get Sky Sports HD, Sky Cinema HD, BT Sports 4K and over 260 other channels. These are accessible through the two Virgin TV V6 boxes included in the offer, which allow you to record and catch up on your favourite shows.

The deal also includes a Virgin SIM with unlimited data, minutes and texts and global roaming in 43 countries. This separately costs £32 per month and is available only to broadband or TV customers.

In terms of the freebies, you can choose between the Xbox One S 1TB or the £150 credit. The Xbox comes with Forza Horizon 4 and the Lego Speed Champions expansion, which would cost £249 elsewhere . Alternatively, you can opt for the £150 credit, which removes the cost of your monthly bill until the whole credit is used. This means your first month’s bill would be free, and the second would be £28.

(If you don’t already have an Xbox Game Pass Ultimate membership, you can pick up 6 months for £33 right now from Amazon.)

You will need to provide your email address to claim either of the rewards. The term is for 12 months, after which the rate goes up to £139 per month. There is a £35 set up fee.

Head to Virgin right now to pick up the Ultimate Oomph bundle before the offer ends on Wednesday. For more broadband deals, see our dedicated round up.