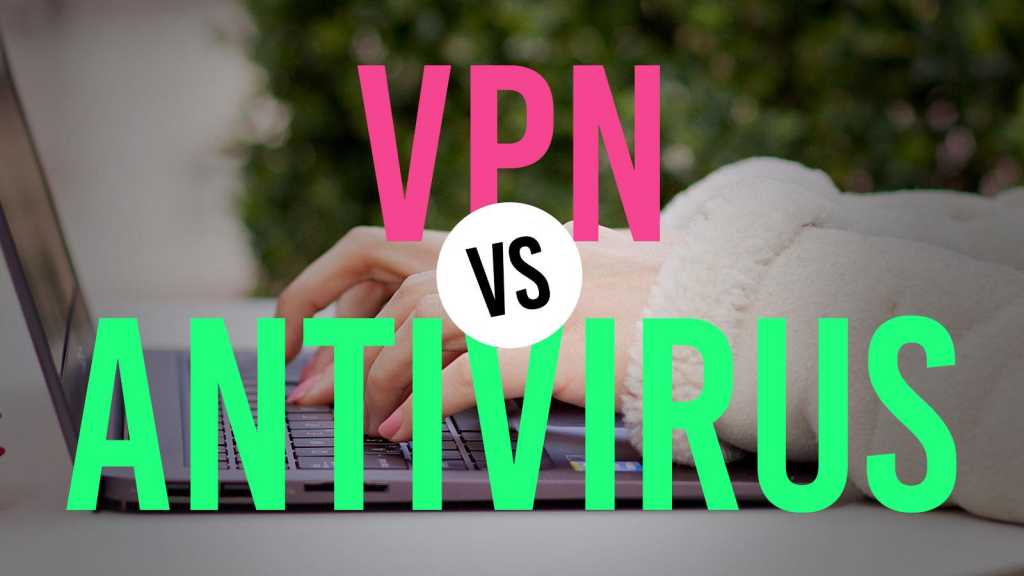 Everyone knows that they should have up-to-date antivirus software on their computer, but VPNs are a bit more mysterious to most people. You might know that it stands for Virtual Private Network, but beyond that you may not understand why you’d want one.

Here we’ll demystify the jargon, explain how VPNs are different from antivirus (and security suites) and why you should really have both.

Why should you use a VPN?

Put simply, a VPN is an encrypted internet connection. Now, if you’re already up to speed on how Wi-Fi works, you might know that any password-protected Wi-Fi network already gives you an encrypted connection, but only between your device and the router or hotspot.

A VPN encrypts the connection between your device and one of the VPN provider’s servers, which could be located anywhere in the world. This means no-one can see the sites you’re visiting, the files you’re downloading or any personal or financial information passing along that connection.

First, if you’re connected to free public Wi-Fi, there’s a good chance it didn’t ask for a password. And that means the connection is not encrypted, which in turn means that anyone with basic software can intercept the stuff that’s being sent over that connection.

Some apps – notably banking apps – encrypt the data for safety and passwords should be sent in an encrypted format anyway, but for everything else including messages and emails which are sent as plain text can be read by anyone who wants to pry.

Second, your ISP or government can see what you’re up to if you don’t use a VPN, so you’ll get a much better level of privacy if you do.

Since your original IP address is replaced by one from the VPN provider, it also effectively makes you anonymous, which stops websites from tracking you.

However, if you arrive at a site and log in with a username and password, then obviously that site knows who you are (but is limited to the personal information you supplied when you created the account), so the anonymity offered by a VPN only goes so far.

The fact that a website does not know your true location means you can use a VPN to access sites and content that wouldn’t otherwise be available.

Some US websites for example, block all EU traffic because of GDPR laws. Instead of putting into place measures to comply with data protection, the lazy option is to detect when there’s a visitor from Europe and simply prevent them from using the site.

But if you use a VPN service with one or more US servers, you can connect to one of those servers and the site will think you’re located in the US and allow you to use it.

While some services are available in different regions – Netflix and Amazon Prime Video, say – the content varies between regions.

Using a VPN means you can access the services you want even if you’re in a country where they’re not available.

Virtually all VPN services allow you to use a single account on multiple devices, so you can usually protect your whole family for just a couple of pounds or dollars per month. A couple that we recommend include NordVPN and ExpressVPN.

You’ll find the full list of recommendations in our roundup of the best VPN services and we’ve also put together a guide which shows you how to use a VPN.

Do I need a VPN as well as antivirus?

Hopefully you can see by now that a VPN is quite different from antivirus software. Both offer a very different kind of security.

Antivirus software is still a necessity if you have a Windows laptop or PC, and it’s also a good idea to run it on your Android phone to protect these devices from all sorts of malware.

These days malware can take many forms from the irritating, but largely benign, pop-ups through to ransomware which encrypts all your files so you can’t access them unless you pay the ransom (and even then, there’s no guarantee you’ll get the ‘keys’ to decrypt your files).

Modern security suites go far beyond malware protection, too. They can alert you if an unauthorised app attempts to access your device’s camera or microphone, they can monitor your kids’ use of apps and websites across multiple devices and also limit the amount of screen time they can have.

Some add cloud backup to protect your critical files, and password managers so you don’t have to remember login details for hundreds of websites (or use the same details for all of them, which is a huge security risk).

You’ll also find some suites bundling VPN services as well, although as you’ll quickly find out, and as you can read in our security suite reviews, they tend to be a lot more limited than if you pay for a VPN service separately.

Two of our favourite antivirus packages are Norton 360 Deluxe and Bitdefender Total Security, but you’ll find more alternatives in our guide to the best antivirus software.

The bottom line is that antivirus is an absolute necessity, a security suite is a nice-to-have if you’ll benefit from the extra features on offer and a VPN is essential if you ever connect to public Wi-Fi or want to access blocked websites and services.