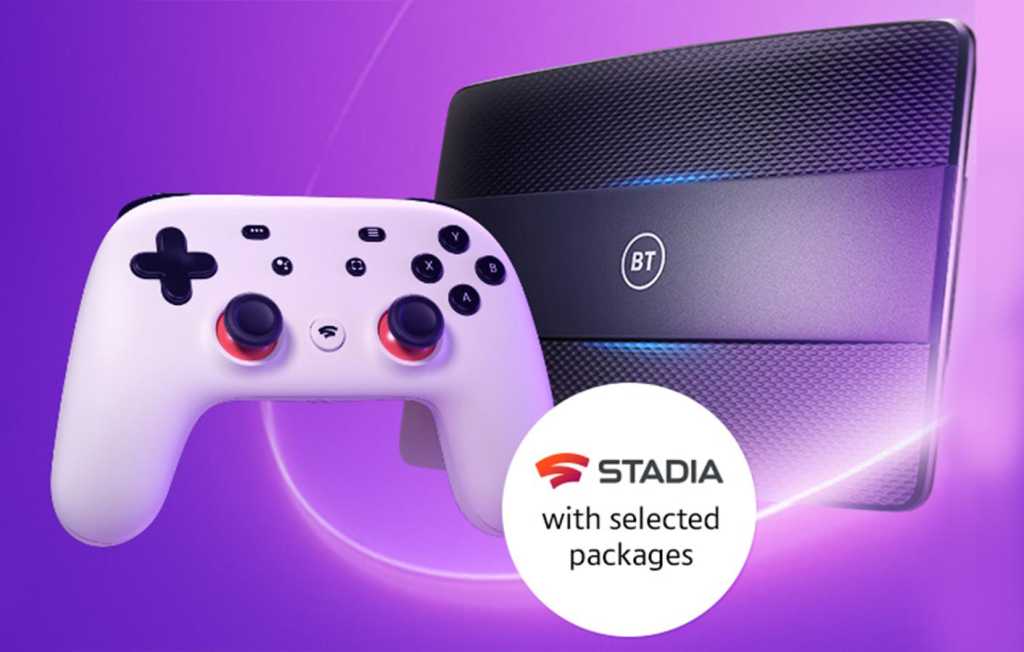 Stadia, Google’s screen-agnostic, cloud-based gaming service is now yours for free when you sign up for select BT broadband packages. The offer ends 30 January.

The subscription service, which launched last November, promises 4K 60fps gameplay across multiple screens – whether TV, laptop, tablet or phone – without needing any additional or console. You’ll just need a Wi-Fi connection, which of course BT is happy to provide.

The Stadia Premiere Edition bundle, worth £119, includes 3 months’ access to Stadia Pro, a Chromecast Ultra and a wireless Stadia controller. The controller connects directly to the internet through Wi-Fi, instead of a local console or PC, which works to reduce gameplay latency.

The bundle is only available on specific BT broadband deals, however: the Superfast Fibre 2, Ultrafast Fibre 100 or Ultrafast Fibre 250, all of which are on 24-month terms. The prices and speeds of each package break down as follows:

See these broadband and Stadia bundles.

We’d recommend the Ultrafast Fibre 100 option, since you get nearly three times the average speed of the Superfast Fibre 2 plan but at the same price. You also get BT antivirus coverage on up to 15 devices. Not bad.

To claim the Stadia Premiere Edition kit, you will need to use a code that BT will email to you once your broadband has been set up. You will then need to download the Google Stadia App, sign in, and follow the on-screen instructions to redeem your code. Google will then deliver the Stadia kit to you.

If you’re just after cheap broadband, and aren’t too bothered with the fastest of speeds or bundles, check out the Post Office’s offer at just £15.90 per month. We’ve also rounded up the best broadband deals of the month separately.