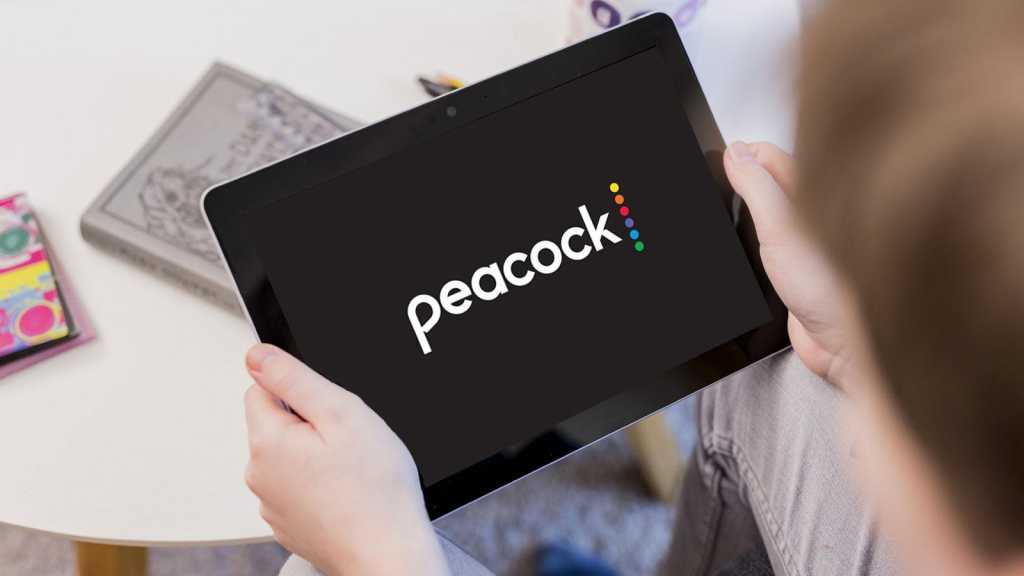 After the gigantic success of Netflix, it seems like every channel and their dog are starting up streaming services these days. Whilst some of the newer services have limited offerings, NBCUniversal now has something that may actually rival some of the big boys on the market in the form of Peacock.

Peacock includes content from multiple NBCUniversal channels, including brand new original dramas and comedies across TV and film, classic sitcoms, blockbusters and acclaimed movies. You can check out the best TV shows on Peacock right here.

We’ve done some sleuthing around to find out when exactly Peacock will be launching in different countries, which shows and movies will be on there, how much it will cost, and more. If you’d like to know more about what other options are available right now, take a look out our roundup of the best streaming services.

When is Peacock launching?

Currently NBC’s Peacock is available now for people to stream in the USA. You can sign up now on the NBC Peacock website.

NBC has stated that the service will be available for Sky customers in Europe. However, there’s currently no firm date as to when this will be, or which countries specifically will be distributed via Sky.

You can get a good idea of what the service will be about in the trailer below:

What countries will Peacock launch in?

At the moment its only available in the United States. As it’s being distributed by Sky in Europe, we can probably expect it to come in the countries Sky operates in. These include:

No other parts of the world have yet been confirmed for Peacock as of yet, including Latin America, Asia and Oceania. We’ll be keeping a close eye to see if NBC strike anymore deals to syndicate Peacock in other areas.

How much does Peacock cost?

So here’s a kicker to other streaming rivals; the most basic tier of Peacock is free for all. Peacock Free will allow users to catch up on new seasons of broadcast TV within a week, numerous classic series, movies and a selected number of the new Peacock Exclusive Originals. This tier will be ad-supported.

Peacock Premium is the paid-for service which comes in two versions; ad-supported and ad-free. Both tiers include everything in the free version, as well as next-day access to ongoing seasons of returning shows, all Peacock Original episodes, early access to talk shows and wider range of sporting events.

You can find out how to get a discount on Peacock here.

What classic shows and movies are on Peacock?

If we listed them all on here, we’d be here for weeks. In terms of TV shows, expect to see the likes of 30 Rock, Cheers, SNL, The Real Housewives, Frasier, Bates Motel and Will and Grace – all staples of NBC. The platform will also syndicate shows from the likes of the BBC and Sky One, including The Capture and Intelligence.

Movies wise, there will be a mix of titles from Universal Pictures, Focus Features, DreamWorks Animations and more. The current lineup of films expected to be on there includes American Pie, Back to the Future, E.T. The Extra-Terrestrial, Jaws, Mamma Mia!, Shrek and the Fast and Furious franchise. Trolls World Tour also gets its streaming debut here.

The service has also made a licensing deal with ViacomCBS, which means Peacock will include a number of Paramount films and movies. Well known titles coming to Peacock from here include Ray Donovan, The Affair, Charmed, Undercover Boss, Everybody Hates Chris, The Godfather Trilogy, American Beauty, and Catch Me If You Can.

For kids, there will also be new episodes of the likes of Curious George, Where’s Waldo? and Cleopatra in Space.

There’s a whole host of slated original content on the cards with established NBC talent and titles. These include reboots of Battlestar Galactica, Saved By The Bell, MacGruber and Punky Brewster; spin-offs of The Real Housewives and SNL; and brand new content involving the likes of Mike Schur, Jada Pinkett Smith and Jimmy Fallon.

New scripted shows include Brave New World, a dystopian series based on the bestselling novel of the same name, Hatching Twitter, an anthology series about the infamous social media site, and The Adventure Zone, an animated series based around a family who play Dungeons and Dragons-style games together.

Peacock also has streaming rights in the US to over 175 Premier League matches in the 2020-21 season, with live matches and shoulder programming.

You can take a further look at our list of the best shows coming to Peacock.

What devices is Peacock available on?

However, there’s two major devices that Peacock isn’t confirmed for on launch.

Will Peacock be available on Amazon Fire or Roku?

As far as we known – no. According to CNBC.com, NBCUniversal has yet to strike a deal with either Amazon or Roku to get Peacock on either of these streaming devices prior to the launch.

That’s not to say that it won’t become available in the future, just that a financial agreement hasn’t yet been reached. Both Amazon and Roku also failed to reach deals with HBO Max as well, so Peacock isn’t the first to miss out on these streaming markets.

If you’re an Amazon Fire or Roku customer and still want to watch Peacock on your TV, then here’s a few options to try out:

It’s worth noting that whilst we had success streaming via a HDMI cable from a Windows laptop, some readers have reported having issues using a HDMI, with the error screen below coming up: 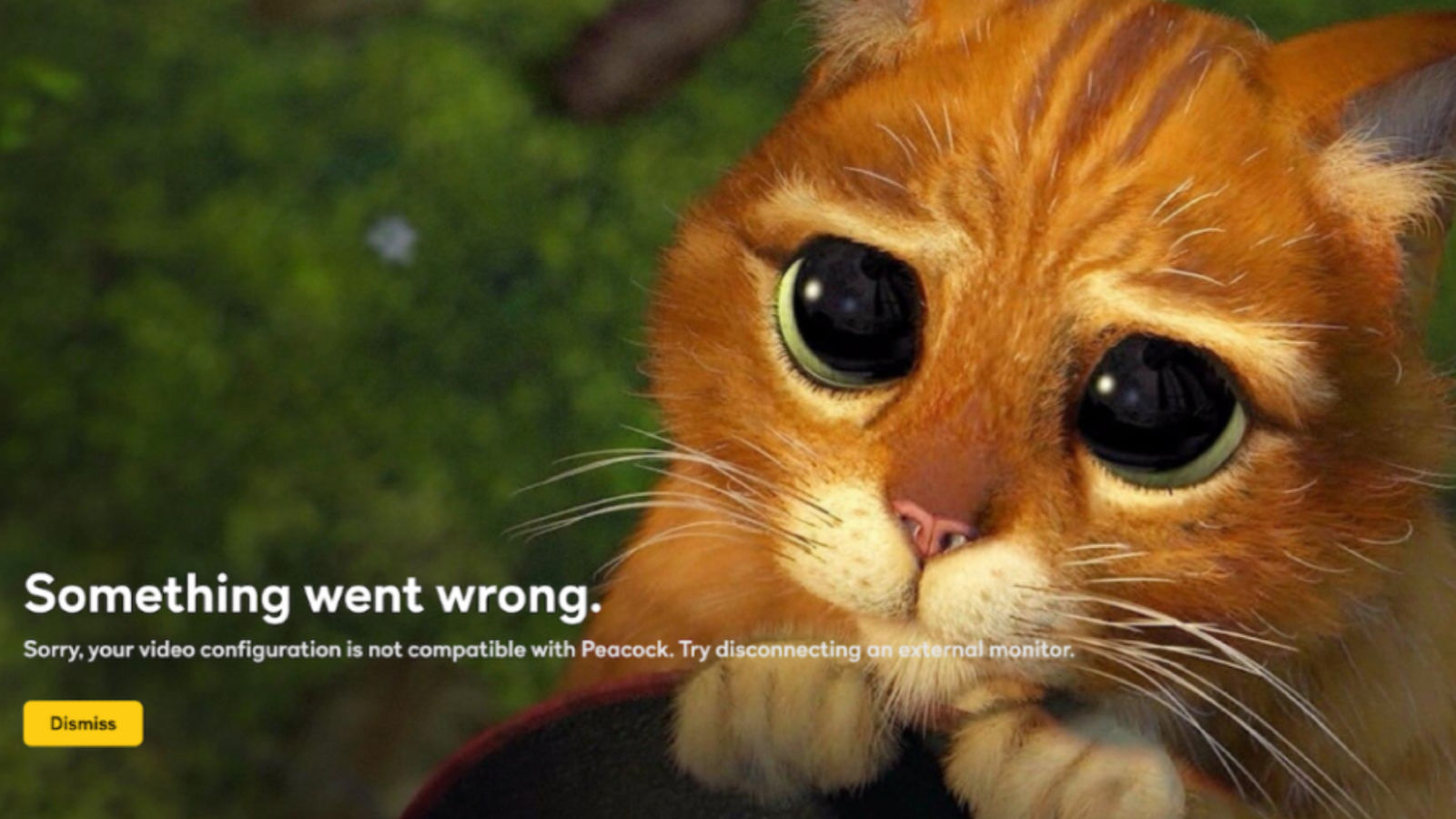 Whilst we don’t know exactly the issue causing this, we suggest either trying a few different browsers, or a different device altogether. We’ll be investigating this to find out more and will update this piece when if we get further information.

How to watch Peacock outside of the US

Seeing as the international release for Peacock will be coming at a later day, viewers in other countries may still want to get access. Fortunately, we have a method that we’ve used in the past to watch Disney+ in the UK, and to watch Hulu outside if the US – through using a VPN.

VPNs (virtual private networks) can change your IP address to make it appear as if you’re browsing from another country. If you want to watch Peacock, you need to log on to a US server on your VPN to access the website.

Our favourite VPN provider is NordVPN; with very reasonable pricing, a decent amount of servers and a user-friendly interface. ExpressVPN is also another good option – take a look at our list of the best VPNs for streaming for more details.

To watch Peacock Free – all you need to do is create an account with an email address and a password after activating your VPN. If you want to watch Peacock Premium, you’ll need to sign up using your PayPal account. You can read more in our guide to watching Peacock in the UK.