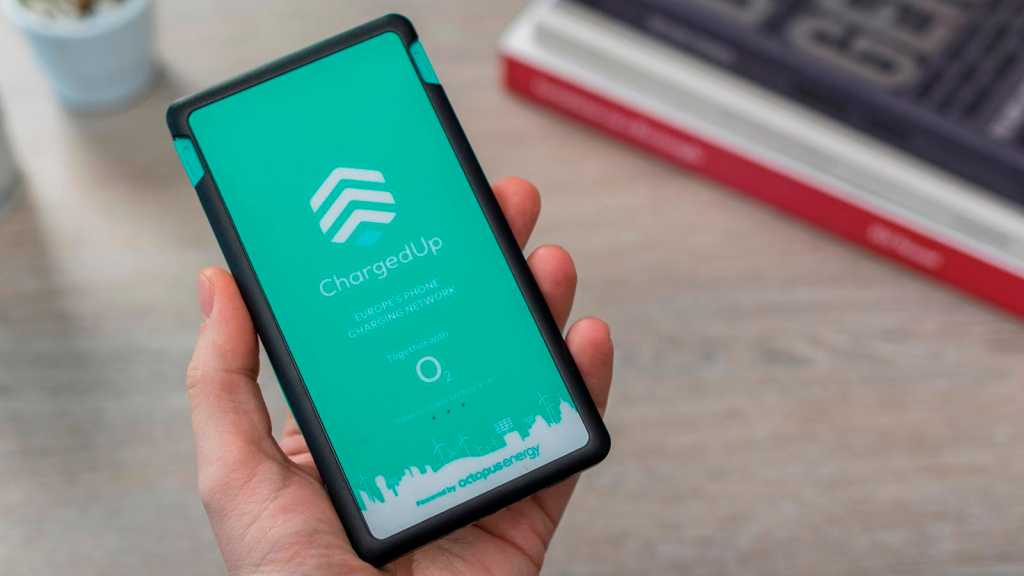 Having spent nearly six years reviewing power banks, finding a device with which to charge my phone is not a hardship. Locating a power bank that actually has some juice left in it is a different matter.

Power banks are fantastically useful. It’s not until we run out of battery that we realise just how much we depend on our smartphones – and not just for communication, but for every aspect of our increasingly digital lives.

When we’re away from home that inconvenience intensifies, even to the point of becoming dangerous if we’re unable to communicate to get help when we need it, to make purchases without our credit- or debit cards to hand, or to access vital travel documents stored in the cloud. So it’s no surprise that for many people a portable charger has become a handbag/rucksack staple.

But laziness destroys whatever peace of mind a power bank is able to offer. When it runs out of juice, you have to charge it – and that’s the boring, less glamorous bit. This is why I always recommend power banks that support passthrough charging, enabling you to charge both the bank and a connected device at the same time – from the same wall socket and the same adaptor.

ChargedUp has a novel solution that may appeal if you live or work in or routinely visit London or another of the UK’s big cities. It’s installing power stations armed with power banks you can pick up and use on demand in cafes, bars, restaurants and hotels all over the country.

You are guaranteed a fully charged power bank that is yours to do with as you wish for a minimum of one full hour, and  longer if you desire. Even without the support of Quick Charge, the ChargedUp bank’s 12W output is easily capable of significantly filling any modern smartphone battery in this amount of time.

That other problem of being unable to find a suitable charging cable for your smartphone is also considered, with outputs for iPhone (Lightning) and Android (Micro-USB and USB-C) built right into the device.

Each bank is rated at 6,000mAh, from which you’re likely to see somewhere between 3,500mAh and 4,000mAh available to your device. At this capacity ChargedUp is really targeting only smartphones, not tablets and laptops (the latter would require power delivery in any case), although smaller USB-powered devices such as wireless earbuds, smartwatches and fitness trackers could also make use of the bank.

Few smartphone batteries are higher in capacity than this, and even if they are you’ll still be able to obtain a meaningful charge. For some phones with lower-capacity batteries, such as older iPhones and some budget smartphones, you may even get two full charges.

You can work out exactly what is possible by comparing this to the rated capacity of your phone’s own battery, and you’ll be able to see what power is left in the bank at any point by shaking it to activate the three LEDs on its top surface.

For power banks of this size the ChargedUp units are relatively large, rectangular plastic units. Ordinarily we’d mark down low-capacity banks for having a bulky design, since it means they are less easily portable. But this thing is yours only for a short time, and you’re unlikely to be carrying it too far. What’s more important here is their ease of availability, setup and use when your phone is in need of an emergency power injection.

It’s rare that you’ll find a power bank that is not black or silver in colour, so the first thing that stands out about these ChargedUp devices is the sea of green, from the stickers on the top and bottom surfaces to the charging cables that plug into the edges.

There’s a reason for this: ChargedUp claims its power banks offer green power, by which it means it has teamed up with Octopus Energy to offset with renewable energy the carbon footprint that is caused by maintaining a grid of power stations.

The company also recycles the power banks once they reach the end of their product lifecycle, and through its network promotes sharing of resources above the need for everyone to purchase their own power banks.

With ChargedUp you are in essence renting a power bank for an amount of time of your choosing. It will cost you £1 per hour up to three hours of use, after which it is free for the rest of the day.  O2 customers can also claim a free hour of usage every day.

If you want to keep the power bank for longer it will cost you £3 per day, and if you are taking it home with you then you’ll be able to recharge the bank using the Micro-USB port on its bottom edge. When you’re finished with it you can return it to any power station.

Power banks are not typically expensive, so renting one out for an extended period has potential to represent poor value. To counter this ChargedUp has decreed that having rented a power bank for 10 days it becomes yours to keep, and so the maximum charge you can incur for renting a single power bank is £30.

To be fair £30 is reasonably pricey for a secondhand 6,000mAh power bank, but there’s an extra perk to be found here if you regularly pass by ChargedUp venues: purchase one of these banks and when it runs dry you can exchange it for a fully charged model from any power station in the network. You can do this as many times as you like, completely free for a year. You could potentially power your smartphone for an entire year at no additional cost.

How to get started with ChargedUp

If the idea of being able to rent a power bank when you’re out and about and in need of a battery juice-up appeals, all you need do right now is install the app, which you’ll find freely available on Google Play or the App Store.

Register an account by entering your mobile number and full name, then verify it by applying the code you are sent via text message.

Next time your phone is in need of an emergency power injection you can fire up the app and tap ‘Find Charging Station’. You’ll be shown a map view with all nearby locations, both here in the UK and across Europe (though right now that appears to primarily be in Amsterdam – we presume more venues are coming soon). You will find they are restricted to major cities, however, so I found 692 in London but not one in my home town.

(Any venue can apply for a free ChargedUp power station through the website, and the more that do the better the service will become. Units are also available for event hire.)

Having found a power station, open the app and choose ‘Rent Battery Now’. You’ll need to use your phone camera to scan the QR code on the front of the charging station, then follow the onscreen instructions for payment.

The only down side we can see is that you’ll need to have at least some battery remaining on your smartphone in order to rent a power bank, so if your phone has already run out of power this solution is not going to be of any help. A workaround might be to rent one using a kind friend’s phone.

Not convinced? Here are some of the  best power banks you can buy right now.