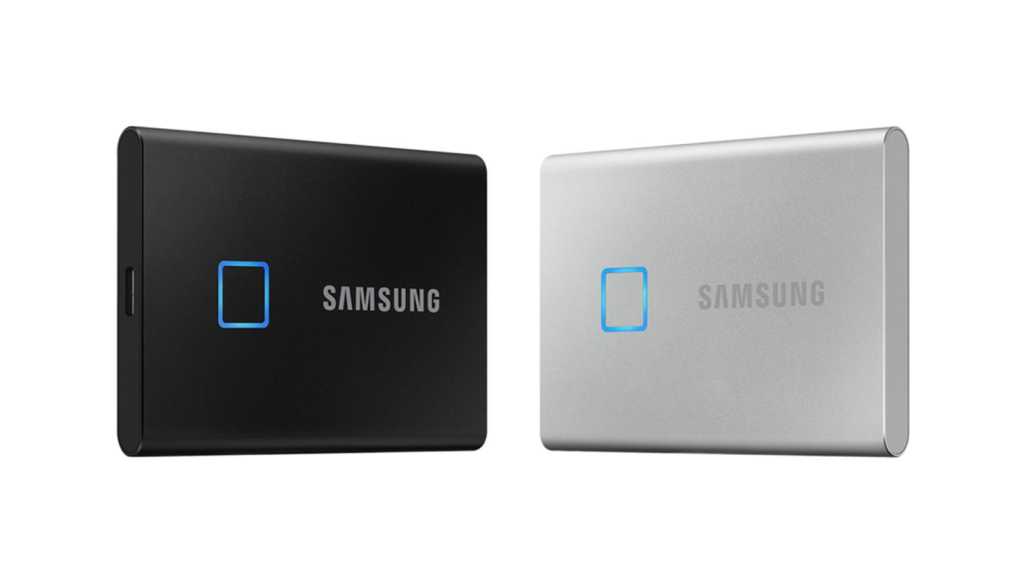 Samsung has announced the T7 Touch, an external SSD (solid state drive) that has a fingerprint sensor on the casing.

The small device (85 x 57 x 8.0mm) supports USB 3.2 Gen 2 standards and is compatible with Windows, Mac and Android. The addition of the fingerprint sensor adds a level of security to external storage thus far only otherwise seen in passwords and PIN locks (the T7 Touch also comes with password protection and 256-bit encryption).

Given that often people use SSDs to store sensitive personal information and backups, it’s a little worrying that the addition of a fingerprint sensor is such a novelty. An SSD could easily contain as much private data as your smartphone.

“Consumers who are constantly on the go between work, play and passion projects want to be able to securely carry their content with them,” said Dr. Mike Mang, vice president of Brand Product Biz Team, Memory Business at Samsung Electronics.

While there are cheaper solutions on the market, Samsung’s reliability and form factor with the T7 Touch makes it worth the cost, and the fingerprint sensor is the icing on the cake.

You can add up to four fingerprints to the device, meaning if it’s a shared drive then you can all access its contents.

As with all SSDs, the T7 Touch gets more expensive when you hit 1TB ($229.99) or 2TB ($399.99). It goes on sale this month with a presumably cheaper version without the fingerprint sensor also in pipeline.