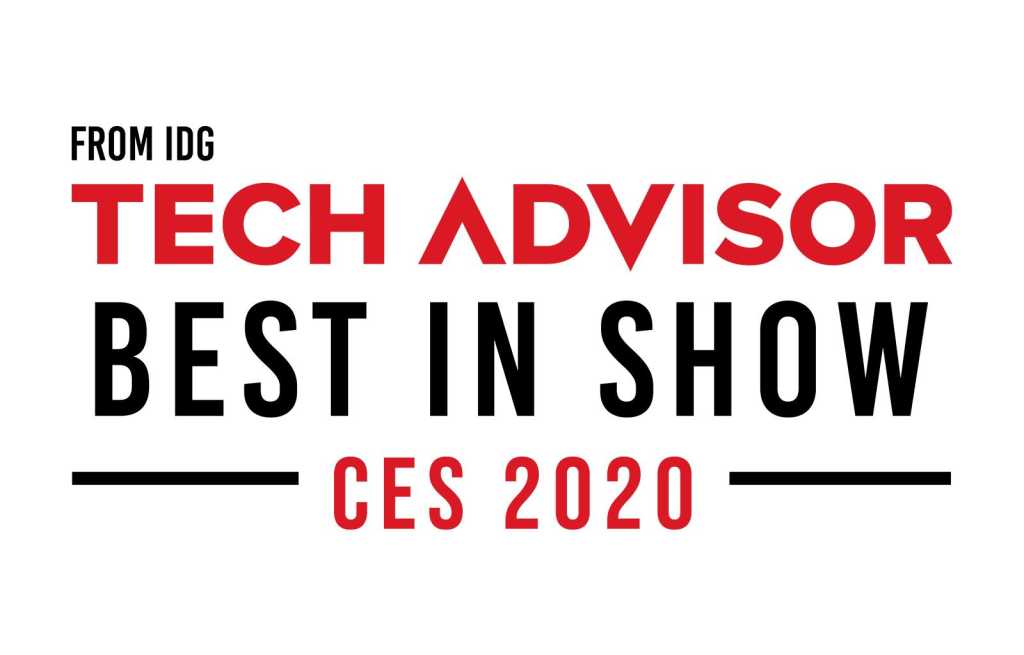 CES is always one of the biggest shows in the tech calendar, giving a glimpse into the tech trends set to define the next year – and 2020 is no different. 8K TVs, foldable PCs, and luxury Chromebooks all cropped up this week, along with major new chipset announcements from the likes of AMD and Intel – and that’s not even mentioning Charmin’s toilet paper robot.

Of course, with all those announcements there have to be both winners and losers, but we’ve picked out the ten bits of kit that blew the Tech Advisor team away this year – from trendsetting new tech to best-in-class products that have already set the bar for the year.

TVs are a staple of the Consumer Electronics Show, appearing with increasingly unfathomable levels visual fidelity and an ever-expanding feature-set of smart technologies. While Samsung’s rotating Sero TV was turning heads both literally and figuratively on the show floor, it was the innocuously-named Samsung Q950TS that really made an impression.

The company’s new star 8K QLED TV unsurprisingly boasts an astounding picture, but it wasn’t so much what was on the screen that impressed us, but rather what surrounded it – nothing.

Samsung has managed to slim the bezels down to a nearly imperceptible 2.3mm, granting the Q950TS an unprecedented 99% screen-to-body ratio, which in the flesh means it has no right to look as good as it does.

Pricing and availability hasn’t yet been confirmed for the Q950TS and we’re sure that once it has been, we still won’t be able to afford one, but that doesn’t stop this TV from being any less astounding.

Foldable phones are so last year: 2020 is all about the folding PC. And no, we don’t just mean laptops.

Dell and Intel both turned up to CES with prototypes to show off, but Lenovo is the first manufacturer to ready a final product: the ThinkPad X1 Fold. Designed for business use first and foremost, the 13.3in tablet runs Windows 10 Pro (with a 10X update due whenever Microsoft releases it) and comes with a magnetic Bluetooth keyboard that attaches to the display so that you can use it either as a tablet or a clamshell-style laptop.

Most importantly, the X1 Fold is built to last. Lenovo’s ThinkPad team is used to building sturdy kit, and the X1 Fold has a multi-layered pOLED panel backed up by carbon fibre, and a hinge reminiscent of the Motorola Razr to protect the screen as it folds away.

First doesn’t always mean best, but Lenovo has something to prove here, and rival manufacturers will have their work cut out to best the X1 with their own foldable follow-ups.

Instead, the company has taken the best bits of last year’s model, thrown in the improvements it added in the XPS 13 2-in-1, and casually thrown out what may already be the best laptop of 2020.

10th gen Intel chips, upgraded Iris Plus integrated graphics, a taller 16:10 aspect ratio, and an expanded keyboard and trackpad all elevate the new XPS, while small design tweaks like the new black bezels on the white model add to the polished feel.

Yes, the ports suck (just two USB-C ports? Really, Dell?) and everyone should steer clear of the 4GB RAM base spec, but if you want a lightweight 13in ultrabook that packs in both portability and power (while looking absolutely lush) you can’t do a lot better than the XPS 13.

Amazfit has had an odd CES. The Chinese wearable brand expanded its line of fitness trackers and smartwatches with the Bip S and rugged T-Rex (sure, makes sense), expanded into audio with the PowerBuds (we’re with you) and then suddenly announced two treadmills (wait, what?).

It was a… diverse showcase, to say the least, but the star was undoubtedly the new ZenBuds. These true wireless earbuds are a little different: you’re supposed to sleep in them.

They play an array of soothing sounds and music to help lull you to sleep, all the while monitoring your heartrate and movement to give you a full sleep report in the morning. They’ll even wake you up once you get there, with an in-ear alarm that won’t disturb your partner.

They’re smaller than most earbuds and made to be soft enough to sleep with, while a 12-hour battery life should help them work all night. We’ve seen on-ear sleep headphones like Kokoon already, but Amazfit’s in-ear take makes much more sense to us.

Think of it as a gaming machine with ultrabook sensibilities. The G14 is an impressively compact machine, built from sturdy materials, packing an impressive amount of power and showcasing some unique design flare too.

The standout feature has to be the special AniMe Matrix edition’s lid. The outer face of the G14 comes covered in a grid of 1215 mini LEDs that can pulse to music, display text and can even be set to show animated GIFs. This has some great implications from both a personality standpoint and for those gamers looking to rep their team in competition or silently trash-talk their adversaries.

The power button features an integrated fingerprint sensor for speedy sign-on and this little unit also promises up to 10.5 hours of use per charge, as well as support for USB-PD charging.

With last year’s Move ECG Withings pivoted from fitness into proper health tracking, and this year’s Scanwatch goes one step further. The ECG is still here, but so is new real-time tracking for atrial fibrillation (AFib) and sleep apnea – both potential warning signs of serious heart problems.

That’s not all though. There’s now a choice of sizes (38mm and 42mm) and a modern, polished design that incorporates a small OLED screen along with the step tracker, for easy access to the ECG, workout tracking, and notifications.

If you want the health tracking of the latest Apple Watch (and then some) without all the distractions that a full smartwatch brings – or just prefer the classic analogue aesthetic – the Scanwatch looks and feels the part.

The machine itself already comes well-equipped for such a light and thin business-focused 2-in-1 convertible but this G2 variant will land with some optional extras that help it stand out from the crowd.

For one, it’s the first laptop to feature Tile integration, meaning it has an embedded tracking device that integrates with the established Tile network and functions independently of the Dragonfly itself. Users will be able to track their Dragonfly using the Tile app and ring it, just as they would with any of the company’s standard Bluetooth trackers.

The latest generation of the HP’s SureView privacy screen technology also features, as does cellular connectivity; with a 5G version and variants that move from 8th-generation to 10th-generation Intel processors slated for later in 2020.

Smart toothbrushes usually just track the time you spend brushing or detect where the brush is in your mouth, but the Colgate Plaqless Pro actually knows where you need to clean – and when you’re safe to move on.

Using optical sensors in the brush head, the Plaqless actually detects plaque in your mouth. A light ring on the body shines blue when there’s plaque to clean and turns white once it’s gone, so rather than simply brushing for two minutes and hoping for the best, you can actually target your cleaning routine on the areas that really need it.

Premium Chromebooks are few and far between but at this year’s show, two came along at once. Asus’s Chromebook Flip C436 was a sterling offering in its own right but Samsung’s Galaxy Chromebook is on another level.

‘Premium’ in the context of the Galaxy Chromebook manifests as 10th-generation Intel chips and a 4K display, but it’s the industrial design at play that really impresses.

This laptop has a razor-thin profile and an eye-catching two-tone finish, if you’re brave enough to pick up the bold red pictured above. The dual-axle hinge gives you full 2-in-1 convertible privileges too and despite its wafer-like appearance, Samsung has managed to slot in one of its S-Pen styli too.

Australian-based audio specialist Nura made its hardware debut with the Nuraphones headphones back in late 2017. These hybrid in-ear/over-ear or ‘Inova’ headphones used a proprietary technology setup to analyse the wearer’s hearing and build a unique sound profile that optimised sound output.

While the technology might sound a little dry in theory, the practical results are mind-blowing. The first time you hear the same track with neutral EQ and then switch to your newly-created personal profile is guaranteed to pull a smile across your face.

At CES 2020, the company returned with a new take on the same blockbuster formula in its new NuraLoop. These in-ear neck buds manage to shrink down the technology from Nuraphones, without compromising on the incredible sound of the original.