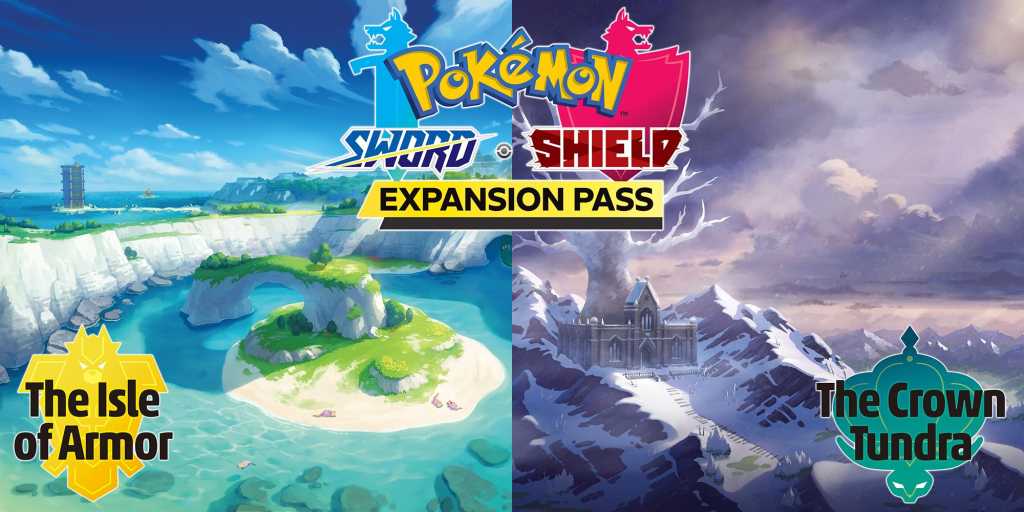 Pokémon Sword and Shield’s DLC (downloadable content) is finally here, with both parts now available to download. Here’s what you need to know about the Expansion Pass – including the price and all the new content it brings.

You can watch the official Expansion Pass trailer above and we’ve got all the details for the DLC below.

The Sword and Shield DLC pack is split into two parts, both of which were released on the Nintendo Switch over the course of 2020.

Part 1 is called The Isle of Armor, and launched on 17 June. Part 2 is The Crown Tundra – which is also available now (original release on 22 October).

There have also been free updates, so extra content is available even if you don’t buy the Expansion pass. The first came out in January and added either Klara or Avery depending on which version you have, along with Galarian Slowpoke – head to Wedgehurst Station once you’ve installed the update. 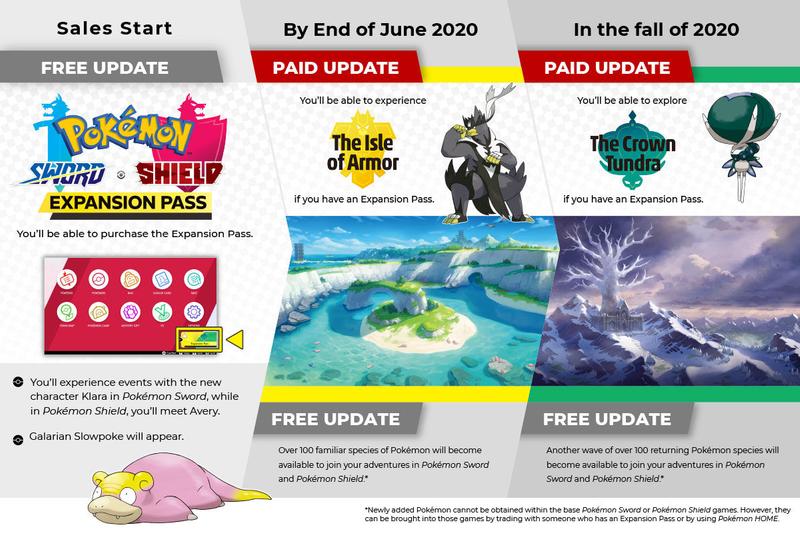 Free updates coincided with both The Isle of Armor and The Crown Tundra, adding over 100 new Pokémon each time. However, you can only get them in the base game via trading if you don’t get the Expansion Pass.

How much does the Pokémon Sword and Shield Expansion Pass cost?

The Expansion Pass is a single price and includes both releases. In the UK it’s £26.99 and the US price is $29.99 – you can order it now, but make sure you buy the the Shield or Sword version of the expansion pass to match your base game.

The Isle of Armor

The Isle of Armor arrived first, and unlike previous expansions of existing games like Ultra Sun and Ultra Moon, you’re able to jump into this with your existing saved game data. It’s essentially an add-on area of the Galar region where you’ll find new places to explore, newly discoverable Pokémon, clothing items, handy features and more.

You can head here even if you haven’t completed the base game, the only requirement is that you’ve reached the Wild Area. You can read our full review of the Isle of Armor DLC here. 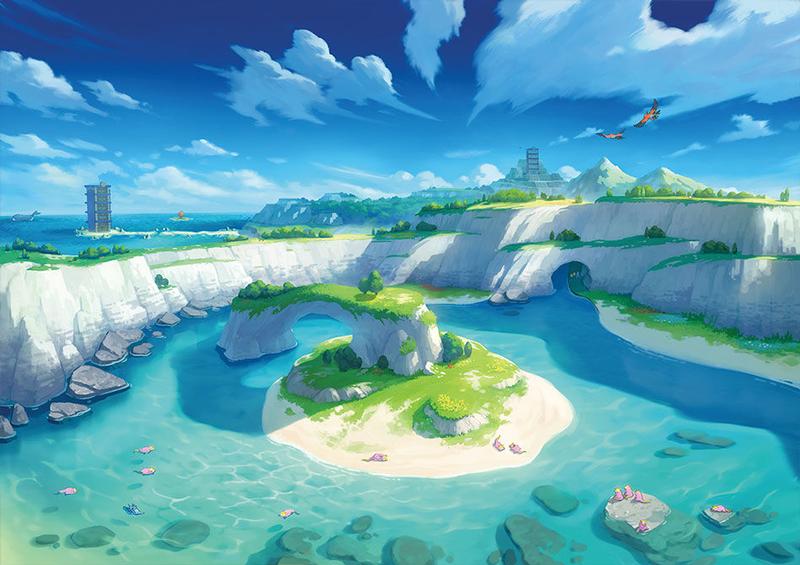 “The Isle of Armor is a giant island full of environments not seen in Galar before. There players will find wave-swept beaches, forests, bogs, caves, and sand dunes. There are also plenty of Pokémon that make this island their home, living freely amid the lush natural surroundings. There’s even a dojo here that specializes in some very particular training styles. Trainers and their Pokémon will take up an apprenticeship under the master of this dojo and train hard to become even stronger,” said The Pokémon Company.

A man called Mustard appears in The Isle of Armor and is responsible for the player’s training, running the island dojo. He’s a legendary trainer who was Champion for 18 years, before Dynamaxing was a thing.

He’ll give you the legendary Pokémon Kubfu, and once you’ve finished your training you get to choose to enter one of the Towers of Two Fists. You must enter alone with Kubfu, and only get to choose one tower: Darkness or Waters. Once you’ve completed the tower, Kubfu will evolve into Urshifu, learning either Single Strike style from the Tower of Darkness, or Rapid Strike style if you opt for Waters.

You’ll also face Klara (Sword) and Avery (Shield) who are trainers of Poison-type Pokémon and Psychic-type Pokémon respectively. They hope to have their own gym.

The Isle of Armor expansion also introduces special Gigantamax transformations for the fully evolved forms of the three starter Pokémon, along with new outfits and player card background options.

Other additions include two new teachable moves, Grassy Glide and Burning Jealousy; a new item called Max Soup that will allow some regular Pokémon to learn how to Gigantamax; and a device called the Cram-o-matic that will let you convert items into rarer goodies.

See the updates in action in the March Nintendo Direct Mini:

As per Part 1, The Crown Tundra is a totally new area to explore with new people to meet, new Pokémon and the other usual bits and pieces.

“The Crown Tundra features a beautiful shining, silvery landscape. In this frigid area, with its jagged winter mountains, people live in small communities where they support and rely on one another. A certain person will appoint the player as the leader of their exploration team in the Crown Tundra, where Trainers will be tasked with investigating the reaches of this frozen land. Here, Trainers will be able to explore the full depth of Pokémon Dens, which they’ve so far only been able to glimpse in Max Raid Battles,” said The Pokémon Company. 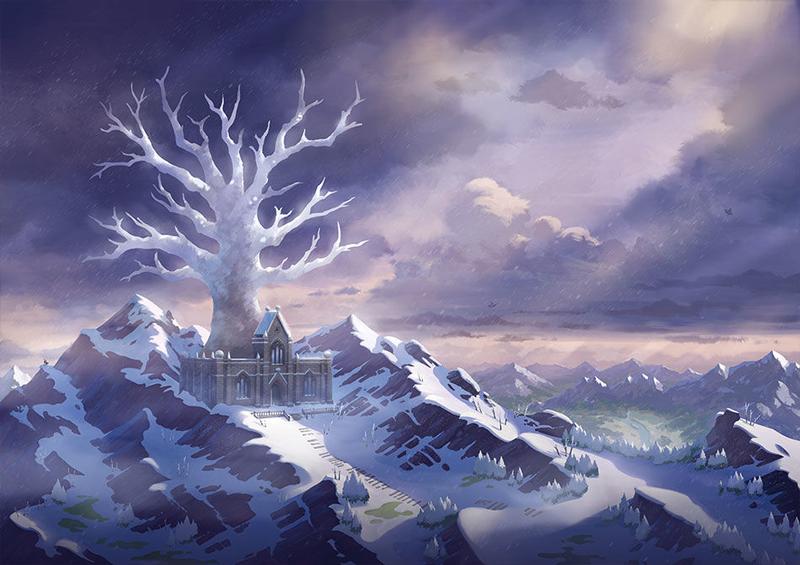 The Crown Tundra also allows players to team up with trainers they’ve previously met, and catch every single Legendary Pokémon from all of the past games. As you’d expect there will also be new Pokémon, including a Galarian form of Slowking.

Players are also able to get special Pikachu wearing various hats. You claim them using passwords, the first of which is ‘P1KACHUGET’.

As you might expect, the Expansion Pass introduced new Pokémon to the Galar region. Ones you’ve never seen before alongside many old favourites that weren’t in the base game.

As mentioned earlier, you can get them in the free update but only via trade. Players will also be able to bring over past Pokémon to their games from the cloud service Pokémon Home.

In The Isle of Armor, Kubfu will make an appearance, a fighting Pokémon who can then evolve into either Urshifu (dark/single strike style) or Urshifu (water/rapid strike style). They also have Gigantamax forms. 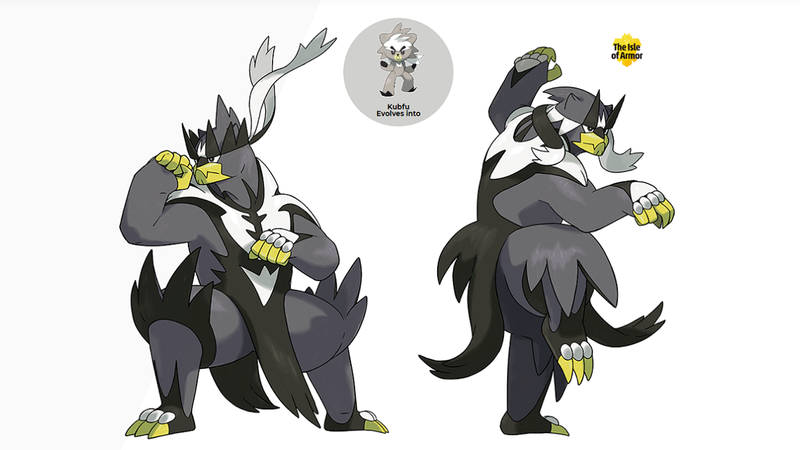 Calyrex will be found in The Crown Tundra, a Pokémon that ruled all of Galar in ancient times.

“Though it appears delicate and slight, its every move is filled with grace and dignity. It also has extremely high intelligence, and it’s said to see every past, present, and future event.”

This is a ‘King Pokémon’ who is grass/psychic type and we’re keen to find out more. 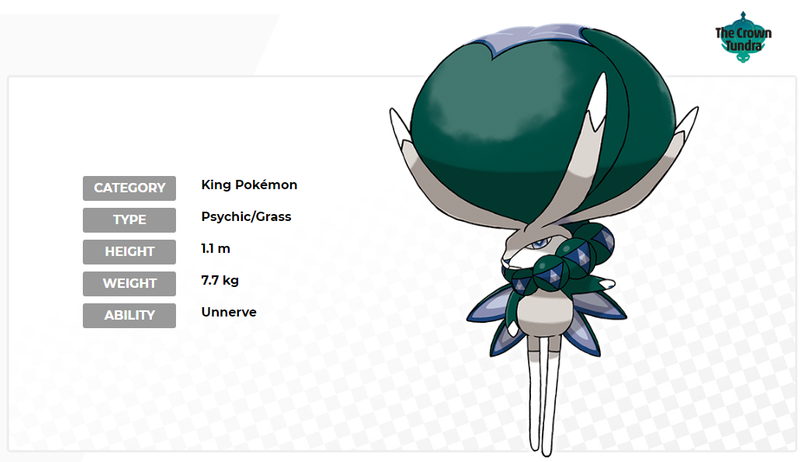 There are another two Legendaries on the way too: Regieleki, an electric-type monster, and Regidrago, a Dragon Orb Pokémon.

The three Sword and Shield starters in final evolution form – Rillaboom, Cinderace and Inteleon – get Gigantamax forms in the Expansion Pass. 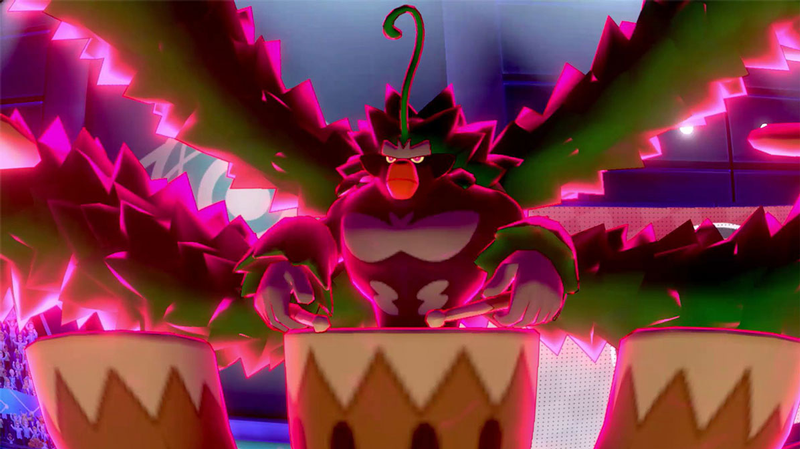