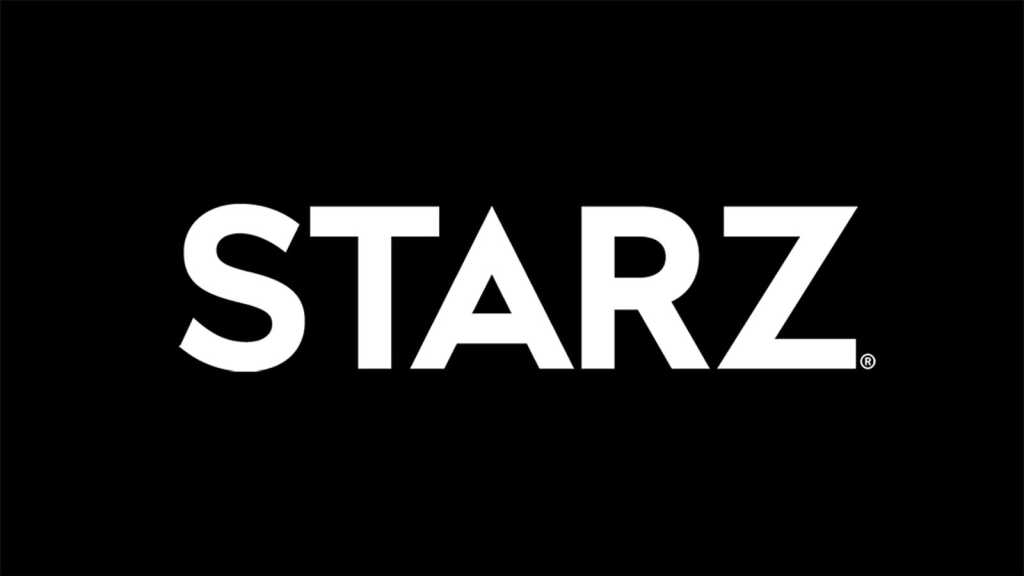 The US channel Starz is mainly known as being a premium cable channel in the US, but it also has a streaming platform for those who prefer online subscriptions.

Starz is a dark horse in the streaming wars, with a whole host of critically acclaimed original shows – such as Power, Outlander, Pennyworth and American Gods. The movie selection is pretty attractive too, with titles like MIB International, Venom, Forrest Gump, Wreck It Ralph, Schindler’s List and more available at the time of writing.

Starz has a big advantage over other streaming rivals, in that it gets first dibs on new movies that are fresh from the box office. It’s just unfortunate that it’s only available to users based in America… or is it?

Using the same method that we’ve used for The CW, HBO and The Criterion Channel, we’ve managed to find a workaround. 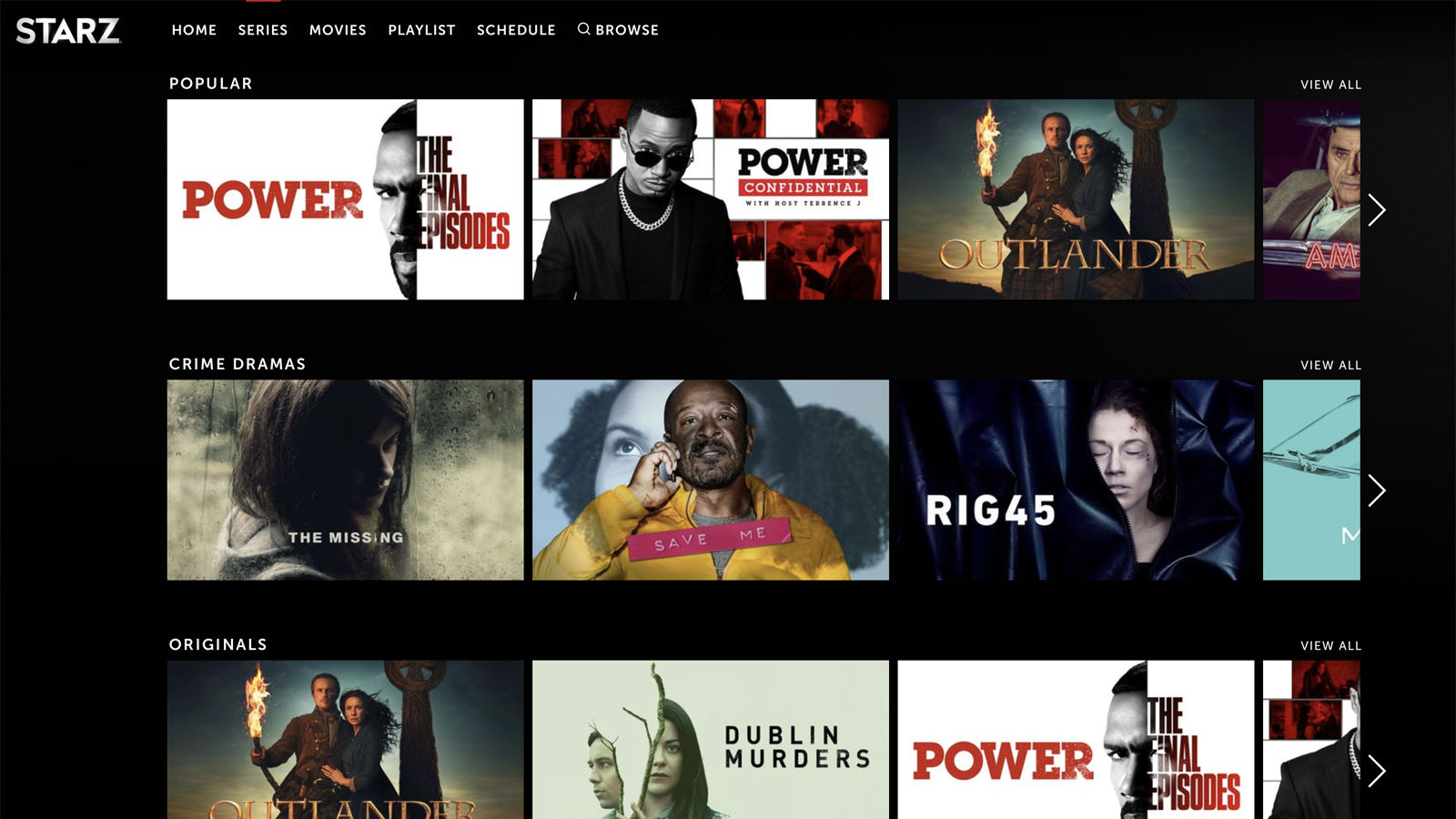 Starz is a US-based streaming service, so the only way to access it from abroad is via the assistance of a VPN. VPNs (virtual private networks) allow you to connect to the internet via a server. This changes your IP address which not only protects your privacy, but allows you to browse as if you’re based in another country.

Obviously, in this case you need a VPN provider that has one or more servers in the US.

There are lots of VPN providers out there, but our top picks are  NordVPN,  ExpressVPN and Surfshark. You can compare all the differences in our roundup of the best VPNs for streaming. If you’d rather not pay, we also have a list of the best free VPNs. However, these tend to be more limited than paid versions and hardly any are usable for streaming video because of their limited daily data allowances. 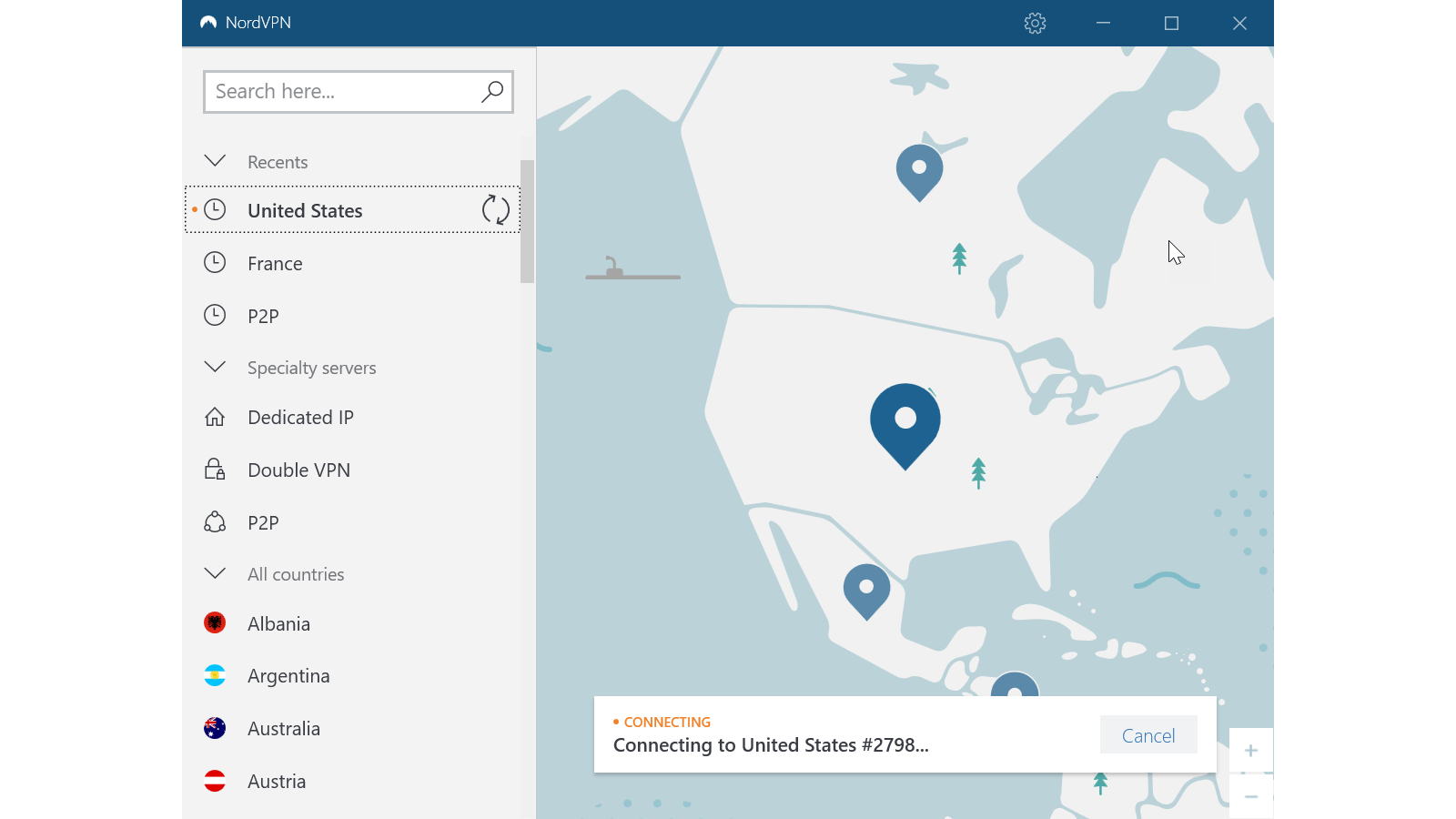 After choosing your preferred VPN, simply connect to a US server, open your browser and head on over the Starz website to create a new account.

Once you’ve added in your chosen email address, you’ll be asked to give your payment details. You have the choice here of paying either via PayPal, or by card. We personally recommend using the former option to avoid flagging any unusual activity on your bank account.

You get a seven-day free trial with Starz, and you are free to cancel at any point if you don’t want to be charged (you’ll still be able to stream until the seven days are up after cancelling). Otherwise, an account with Starz will cost you either $8.99 (around £6.88) per month on a rolling account, or $7.99 (around £6.12) a month paid in an annual lump sum.

Once you’ve created your account and added your payment details, you’ll be able to browse through all the films and shows available on Starz, ad-free. Please note that using this method is against Starz terms of agreement, so you may have your account deleted without warning.

If signing up via a VPN sounds too difficult, then there is another way to watch Starz content. If you have an Amazon Prime account, you can add this on as an extra channel for a set free per month. In the UK, this is called Starzplay and costs £4.99 per month, and in the US it’s called Starz and costs $8.99 per month. Find out what other add-on channels are available for Amazon Prime right here. 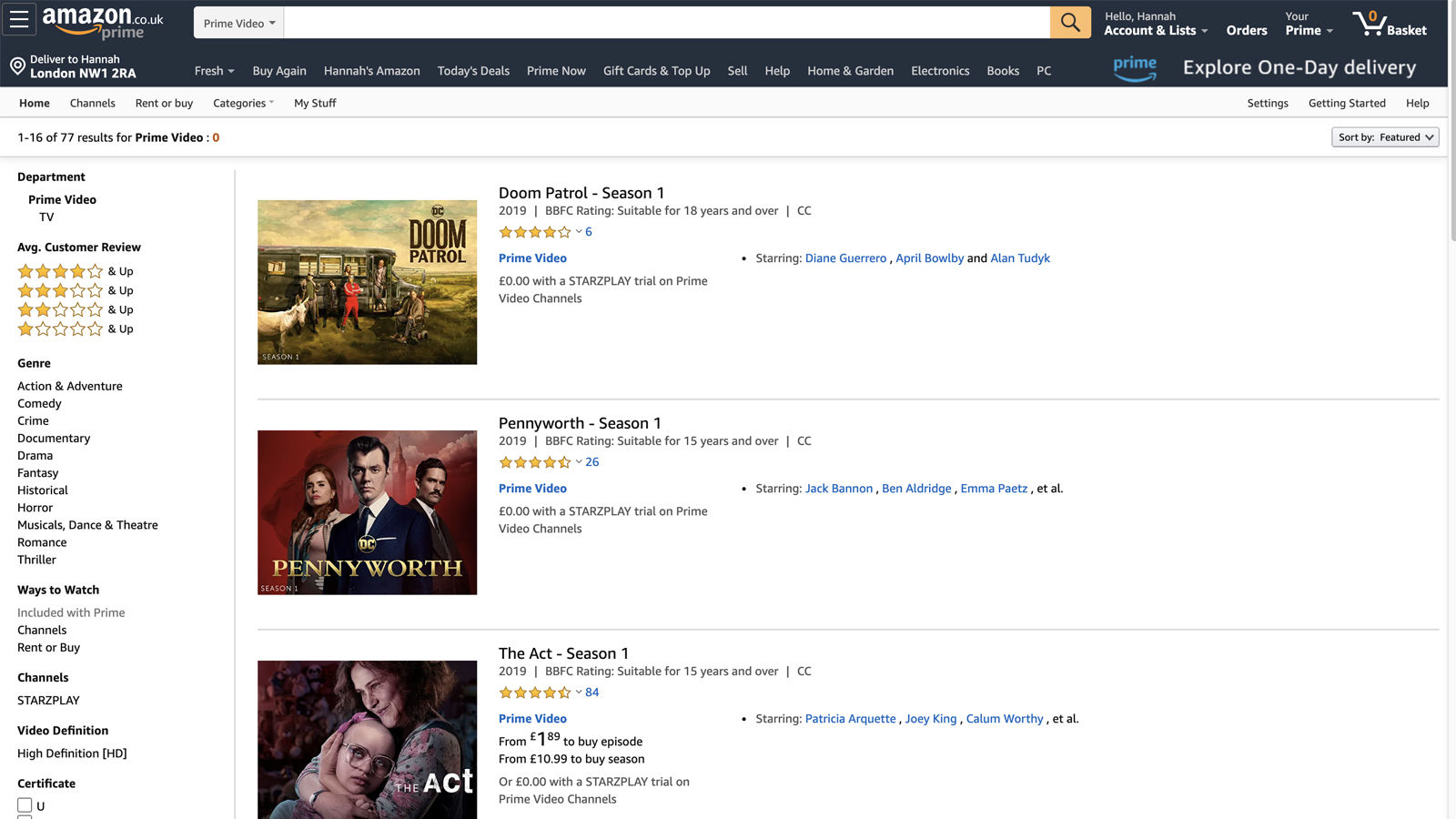 You get a seven-day free trial for both, though you will have to pay this on top of your Prime Video subscription, so it could get costly. Prime UK customers should also keep in mind that some shows – like American Gods – are available through Prime Video with no need to add on the Starz channel.

Here’s a bit of a cheeky offer that we noticed. If you go to cancel your Starz account, you’ll receive a window that will give you a generous discount – $2.99 (around £2.29) per month for three months. Add on your seven-day free trial, and that means that you can get nearly 16 weeks worth of Starz for just under ten dollars (or just under eight pounds). 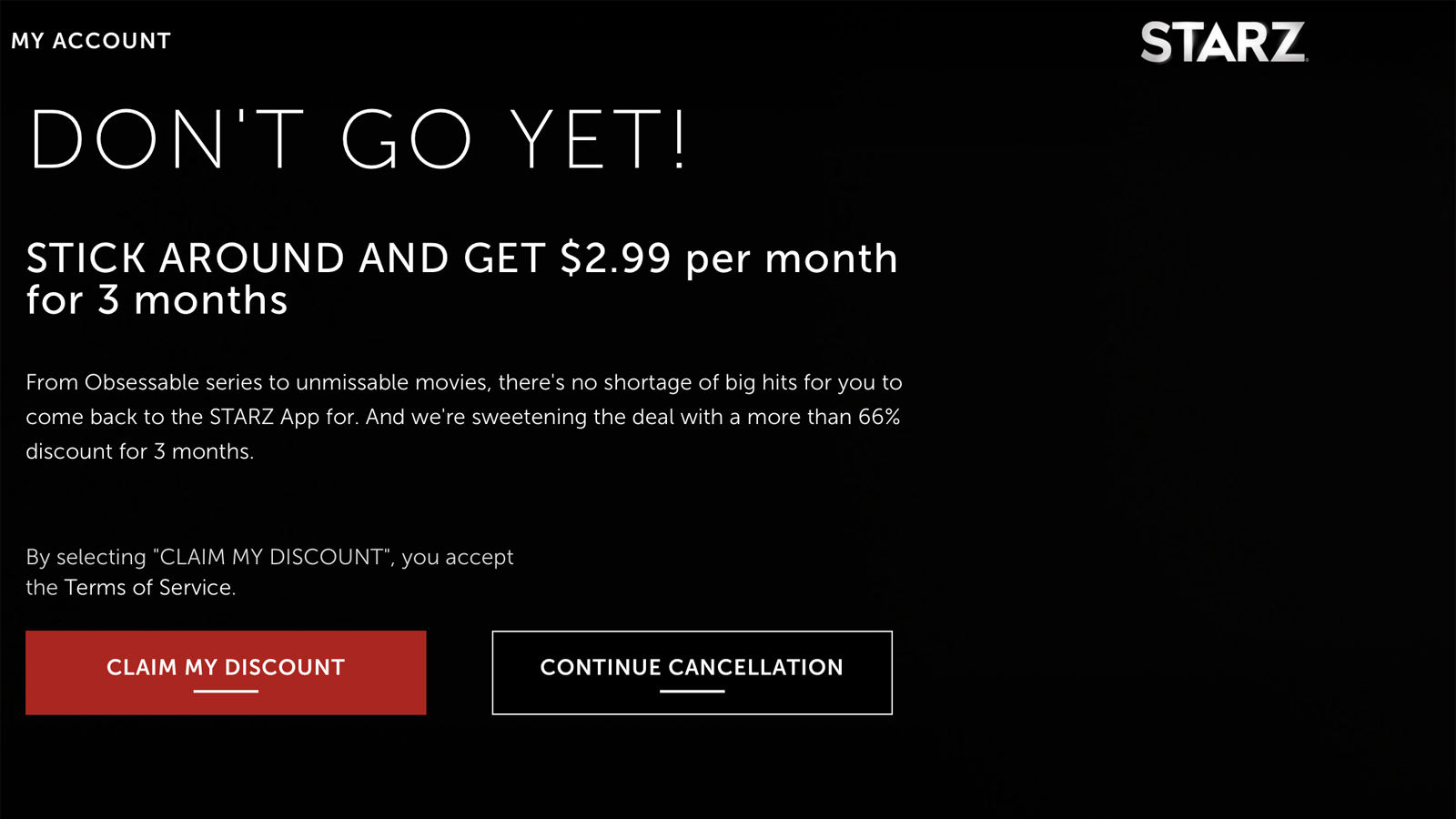